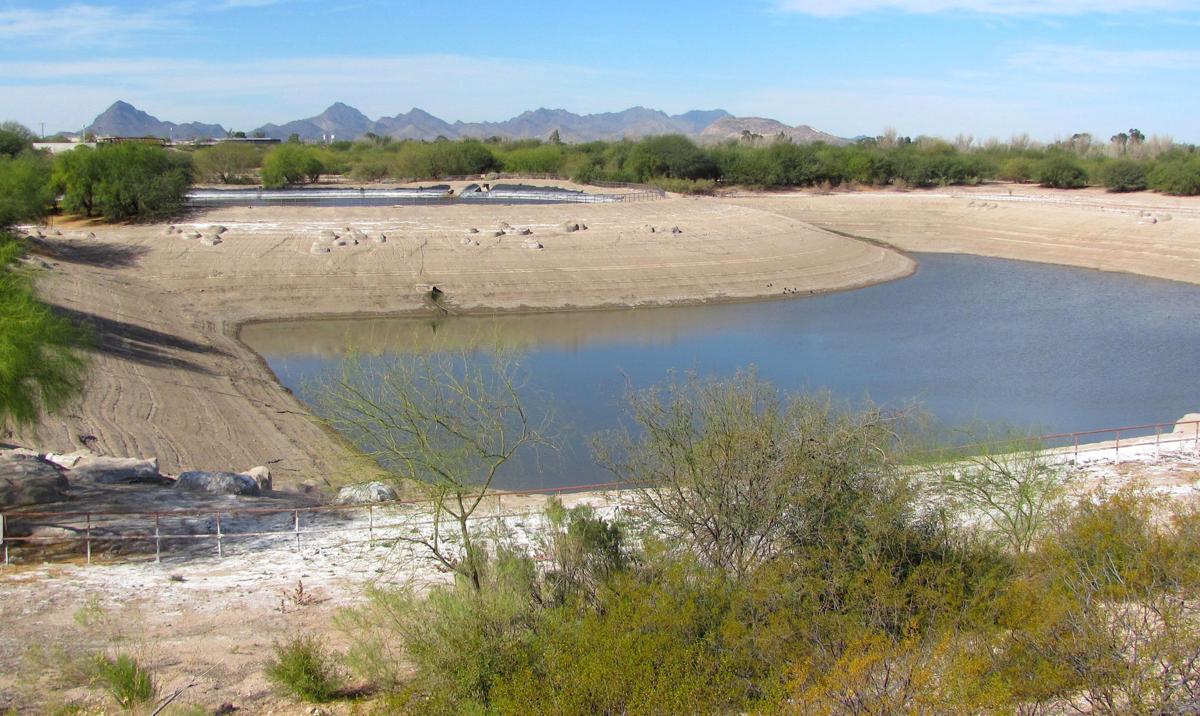 The Deep Pond at the Kino Environmental Restoration Project has become smaller after months with no measurable inflow from rains. 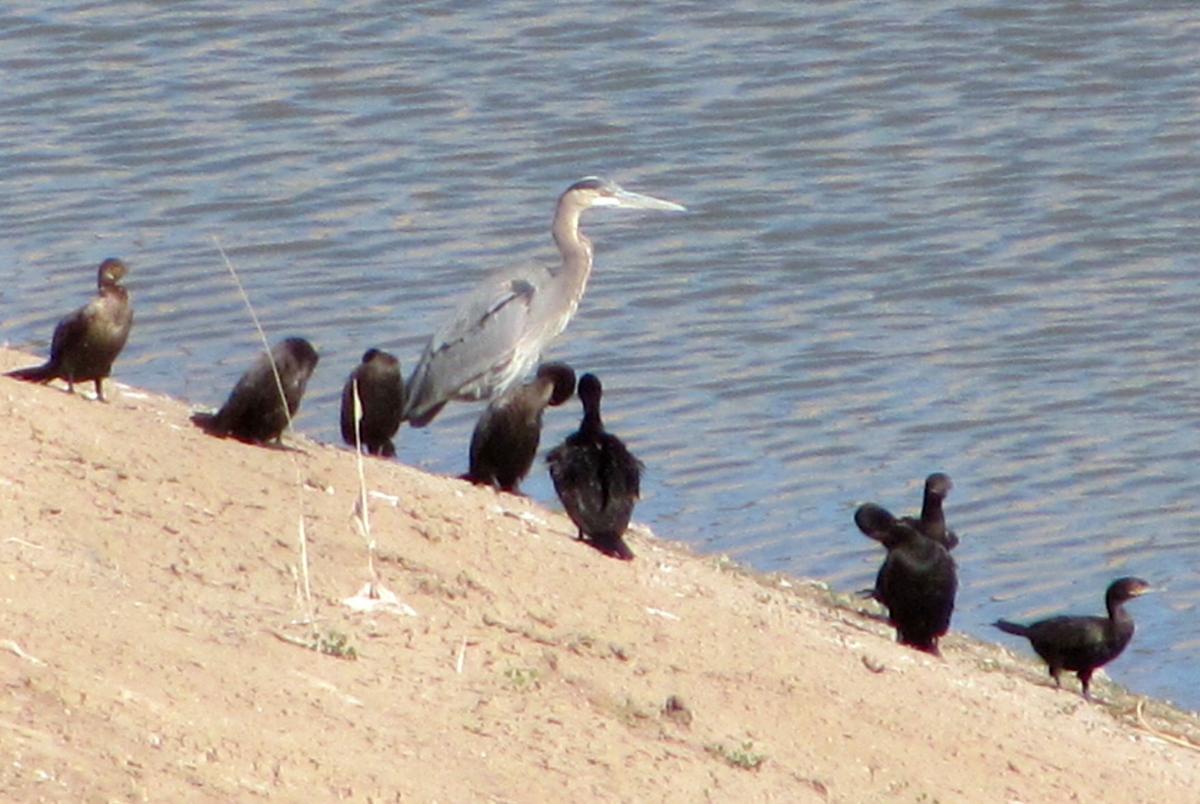 Birds, including a great blue heron, are finding less water than normal these days in the pond, near Forgeus Avenue and Ajo Way.

The Deep Pond — a centerpiece of Pima County’s Kino Environmental Restoration Project — has dwindled from its normal six acres to about four acres.

The reason: Prolonged lack of rain.

“The pond is uncommonly low for this time of year,” said Jennifer Becker, principal hydrologist with the county’s Regional Flood Control District. “The last measurable inflow was August 13.”

The pond’s depletion is a concern because it plays a role in irrigation.

“The Deep Pond is our stormwater savings bank,” Becker said of the site on Forgeus Avenue about a block north of Ajo Way. “Its primary function is stormwater storage. The water is used to irrigate vegetation within the Kino Environmental Restoration Project basin. When there is surplus stormwater, we can use it to irrigate ball fields.”

Becker said this is the first time with no measurable inflow by the end of January since the project was completed in 2002.

The pond, which is 50 feet deep at its deepest spot when full, still has enough water to attract waterfowl. Several species, including a great blue heron, were spotted at the pond in recent days.

POND WAS ONCE DRAINED

The Deep Pond, which is open to the public, was drained in June 2013 for maintenance and removal of bullfrogs and other non-native species. The removal was aimed at protecting native toad breeding areas downstream from the pond.

Maintenance work included the removal of accumulated sediment in the pond.

It was refilled by monsoon rains by September 2013.

Becker said there’s no mystery as to what’s needed to fill the pond to its normal levels this year. Stormwater from significant rains.

There’s none in the immediate forecast. But Becker made her own wishes known.

“I’d love it to rain all through February,” she said.

Popular Sabino Creek is bone-dry after months with no rain

Lack of rainfall has left Sabino Creek dry since mid-September.

UA says it has no written records of agents, NBA scouts at Wildcats' basketball practices

Sports agent Christian Dawkins was quoted in the federal complaint saying he attended UA practices "like I'm on the team."

21 Tucsonans who have made a splash in Hollywood

These folks were born in or lived in Tucson long enough to call themselves a Tucsonan.

Temperatures in the 80s are expected to continue through Friday.

The Deep Pond at the Kino Environmental Restoration Project has become smaller after months with no measurable inflow from rains.

Birds, including a great blue heron, are finding less water than normal these days in the pond, near Forgeus Avenue and Ajo Way.