Ahem, primary losers, time to remove signs
Share this
1 of 2 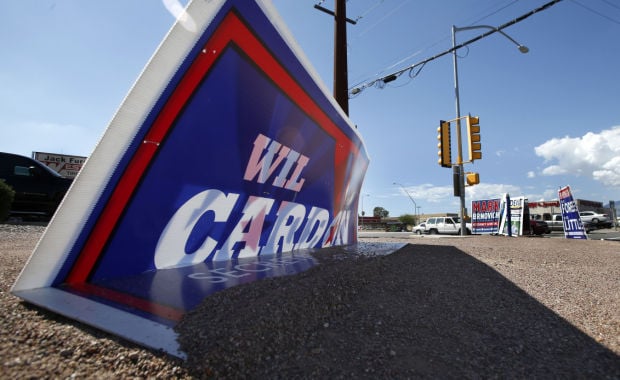 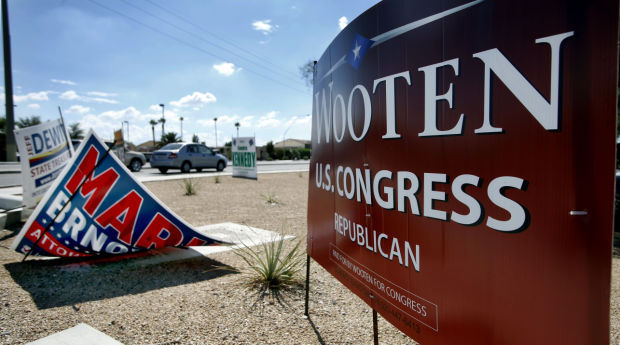 By Gabby Ferreira Special to the Arizona Daily Star

Though the primary election has come and gone, the campaign signs of many unsuccessful candidates are still staking claims at street corners and empty lots across the county.

But their days are numbered.

All signs belonging to losing primary candidates need to be down 15 days after the polls close. That’s Wednesday, said Matt Roberts with the Arizona Secretary of State’s Office.

There is no penalty for losing candidates who don’t adhere to the cutoff date, but there is an effort to rid the streets of their signs.

Pima County typically calls candidates after the 15-day period ends to remind them of the deadline, said Annabelle Valenzuela, program manager at the Pima County Department of Transportation. If the signs have not been removed, candidates get a warning to take them down within 24 hours.

If the signs are still there, the county will remove them and take them to the transportation warehouse.

Some signs, Valenzuela concedes, will be missed by county workers.

“We don’t have the resources to track the signs,” she said. “Successful candidates still have signs out there, and they all blend in.”

The county will collect the signs if they see them, she said.

“People will call in or we’ll drive by an area and notice the signs out there and pick them up.”

In Marana, town employees go out shortly after the 15-day period ends and start taking down the signs, then notify candidates where to collect their property, said Bill Lorefice, a code enforcement officer with the Town of Marana.

“We want to make sure we’re in compliance with state law,” he said.

The city of Tucson does not notify candidates about out-of-compliance signage.

“If we get a complaint or if one of our inspectors sees it, we take it down and bring it to our sign corral,” said Michael Wyneken, interim code enforcement administrator for the city.

Candidates can call the city office if they want to retrieve their signs, he said.

To call about a sign, use the following numbers:

For Star subscribers: The Golder Ranch Fire District has two dedicated crews to handle snake removal calls. They just had their busiest month maybe ever. Other local fire departments are seeking spikes, too. The cause of the recent jump is not entirely clear, though this year’s wetter-than-normal monsoon season is almost certainly a factor.

A woman died and her 2-year-old suffered non life-threatening injuries after the mother drove her car off the side of Mount Lemmon.

Detectives believe the 43-year-old victim got into a fight before he was pronounced dead at the scene on Tuesday night.

A man who was not in a crosswalk was struck and killed by a pickup truck on Tucson's southwest side.

For Star subscribers: After postponing the four-day Country Thunder music festival twice, organizers are expecting at least 30,000 people a day.

Officials provided no timeframe for reopening the interstate on Tucson's south side Wednesday evening.

Motorcyclist dies in crash with tow truck on Tucson's northwest side

A 62-year-old motorcyclist died after crashing into a tow truck on Monday evening.