Francisco Salcido, 22, is a typical student who holds down a job and attends college. But his life — along with thousands of others —could change dramatically after the November presidential election.

He is an undocumented immigrant with a renewable two-year work visa and deportation deferral called Deferred Action for Childhood Arrivals, or DACA.

“I just can’t think of what would happen if my DACA got taken away,” he said.

The future of DACA is uncertain. President Obama created the program by executive action, which means the next president could end it.

Salcido is one of 4,000 people in Pima County who have DACA deferrals, the Migration Policy Institute estimates. Nationwide the federal government has approved more than 728,000 people, also known as Dreamers, for DACA since the program began in 2012.

If the next president ends the program, Salcido could face deportation, or lose his job, health insurance, in-state tuition and driver’s license. But his main concern is his family.

“Not being able to support my family is one of the biggest issues for me,” he said. “I became one of the main supporters of my family after I got DACA.”

The two major party presidential candidates have promised opposite fates for the program. Republican Donald Trump has said he would end it and begin mass deportations. Democrat Hillary Clinton said she supports expanding the program to include parents and more Dreamers.

Either way, DACA cardholders like Salcido can’t vote in November.

After Salcido graduated from high school in 2012, he enrolled at Pima Community College, but took several semesters off to help his father pay for two surgeries. Salcido was the sole member of his family with a work permit. He worked up to four jobs to pay medical bills, utility bills and groceries.

He is two classes away from his associate’s degree and is on the waiting list for PCC’s nursing program.

Salcido credits his in-state tuition to Scholarships A-Z, an education advocacy organization run largely by undocumented or DACA student volunteers. They encourage undocumented students to get involved. “Everything we have access to is because we fought for it,” Salcido said.

The volunteers petitioned the PCC governing border for in-state tuition for DACA students. And they won in a 4-1 vote. Every board member met with them to hear them out, with one exception, volunteers said.

PCC board member Scott Stewart voted against in-state tuition for DACA students because he said he was concerned that it would open PCC up to a lawsuit from the state.

But there was another reason. Someone with an illegal immigration status should not receive a better rate than someone in the country legally from out of state, he said.

Scholarships A-Z took issue with that. While people from out of state can adjust their state residency after a year in order to receive in-state tuition, many DACA students have lived in Pima County since they were small children. Salcido moved to Tucson when he was 11.

“We pay taxes,” Salcido said. “We grew up here. This is our community.”

Stewart supports Libertarian presidential nominee Gary Johnson, who has said the president’s immigration executive action was “a reasonable use, challenging Congress to action.”

Under Clinton, more undocumented community members could receive in-state tuition at PCC and Arizona’s state universities if the DACA program is expanded.

If Trump ends DACA, students like Salcido and other Scholarships A-Z volunteers would have to pay higher rates because of an Arizona law that denies in-state tuition and state financial aid to undocumented students.

For some undocumented students at Scholarships A-Z, this would take higher education off the table. For others, the cost would delay their graduation for years.

Guillermo Huerta Molina, for example, never stopped going to school even when he couldn’t get in-state tuition. He studies psychology at the University of Arizona and wants to get a doctorate to do research about trauma fellow dreamers have experienced.

With DACA, Salcido feels like he’s on his way to becoming a nurse. Since he works legally it’s easier to build his résumé by working and volunteering in the medical field.

“It makes it easier to do certain things with an identity, and DACA gives you an identity,” he said.

Salcido can get health-care coverage for the first time in his life at his new job. DACA recipients are not eligible for insurance through the Affordable Care Act. He wants to enroll his entire family in his work plan no matter the cost to give his parents “the checkup of their life,” he said.

A Trump presidency that ends DACA, however, could open up jobs and increase benefits for legal residents and U.S. citizens, said Dan Stein, president of the Federation for American Immigration Reform. But DACA recipients are such a small percentage of the country’s work force that it wouldn’t make much difference, he said.

Wages grew more than 240 percent among DACA cardholders in the program’s first two years, according to a 2014 study by the North American Integration and Development Center at UCLA.

This sort of wage growth increases tax revenue, according to a 2014 American Immigration Council study.

If the program is expanded to include parents and more Dreamers, a goal of Clinton’s, it would add almost $12.5 billion in tax revenue and over 427,000 jobs across the nation, the UCLA center estimated in 2015.

And it would increase Arizona’s GDP by over $6 billion and create 780 annual jobs over the next 10 years, according to a 2015 Center for American Progress study.

A lot is at stake in the road ahead for DACA.

If Trump ends the program and creates a “deportation force” to remove undocumented immigrants, Salcido predicts millions will march on cities across the country.

But President Obama overreached his authority by creating DACA and Trump is the only candidate who will uphold the rule of law by ending it, Stein said.

While scholarships A-Z volunteers don’t want to be alarmist, volunteer Perla Barraza is concerned that with Trump at the helm of Homeland Security, the information she and others gave to the U.S. Citizenship and Immigration Service for DACA could be given to Immigration and Customs Enforcement to conduct deportation raids. “What would stop them?” she said. “Besides the community.”

The end goal for DACA students at Scholarships A-Z is not to avoid a Trump presidency, but to work for immigration reform.

“Us having DACA is great. We truly appreciate it and don’t want it to go away, but it’s not the solution,” Barraza said. “There has to be something else.”

Scholarships A-Z advocates for immigration reform on a national level as a member of the immigrant advocacy network United We Dream.

“It doesn’t come down to a political party,” Salcido said. “Obama made a lot of promises and he got re-elected and didn’t accomplish all those promises.”

Obama didn’t introduce an immigration bill in his first year as promised when Democrats controlled Congress. A pathway to citizenship never materialized. This time Salcido wants to hold Clinton accountable to her promises.

Even if immigration isn’t important to voters, Barraza urges them to go to the polls. But she stops short of endorsing a candidate.

“We’re very a part of this community,” she said. “So the impact that it will have on us, it will also have on the community.”

Alex Devoid is a graduate journalism student at the University of Arizona and an apprentice at the Star. Email him at starapprentice@tucson.com

Uncertainty grows for Silvia Herrera, a married mother of two helping other immigrants.

Young immigrants document their access to health care and other subjects.

Growing up, Perla Vanesa Barraza knew about her legal status in this country. It was not something she had to deal with until one day at high …

What Trump might do: Can he send 'Dreamers' back to countries they don't remember? 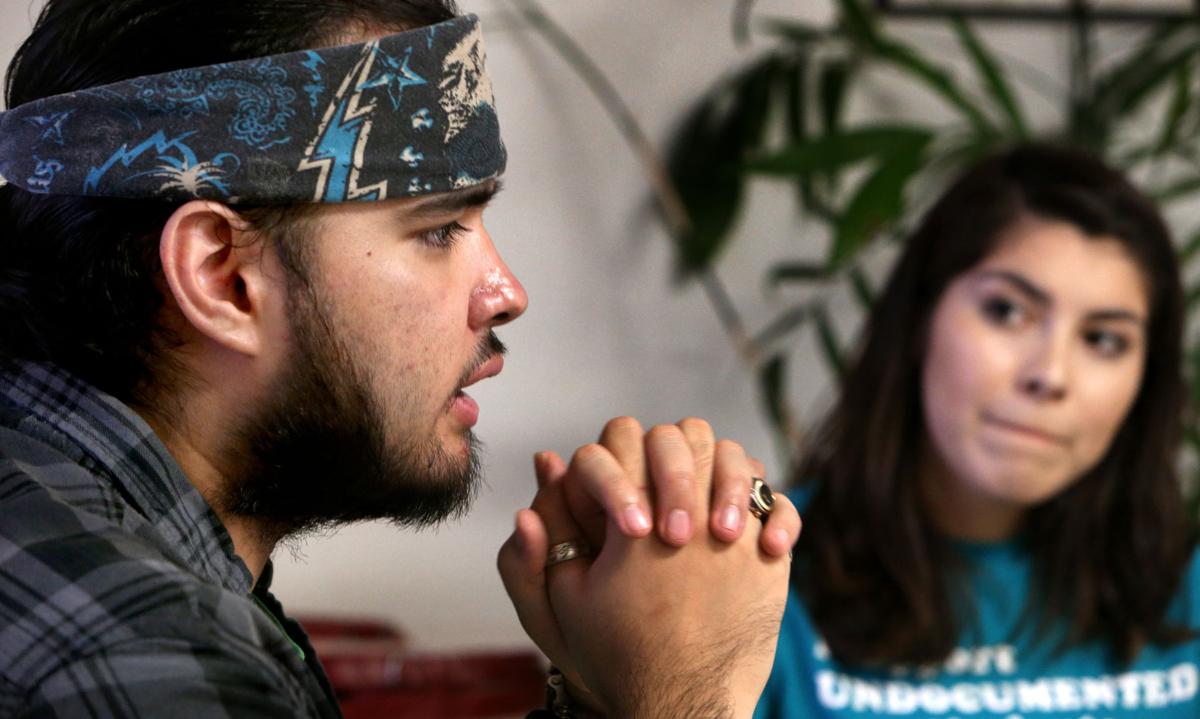 Guillermo Huerta, who was brought into the country at age 5, talks about living in the United States with a Deferred Action for Childhood Arrivals deferral. At right is Perla Barraza, who came to the U.S. as a 3-year-old. 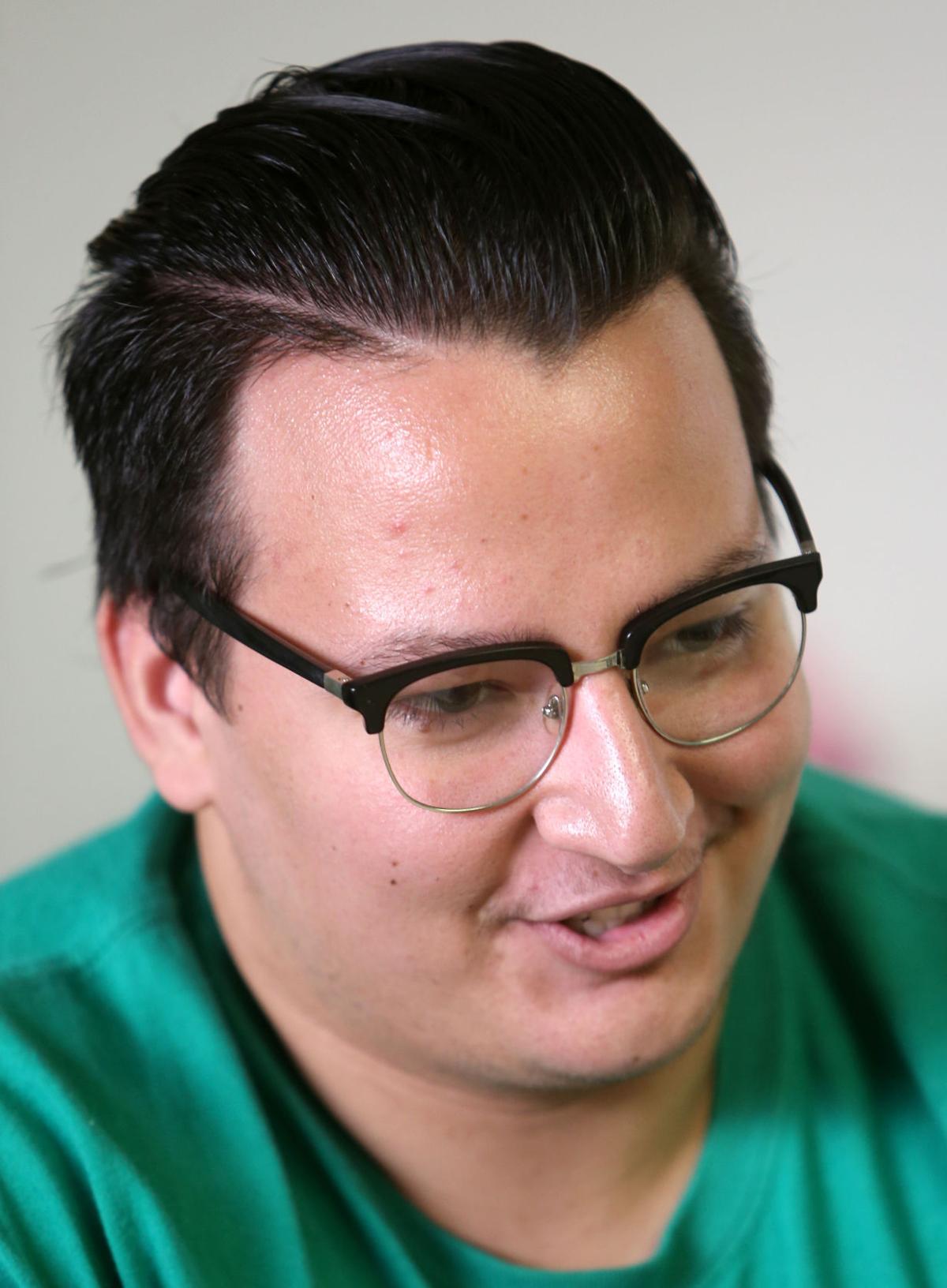 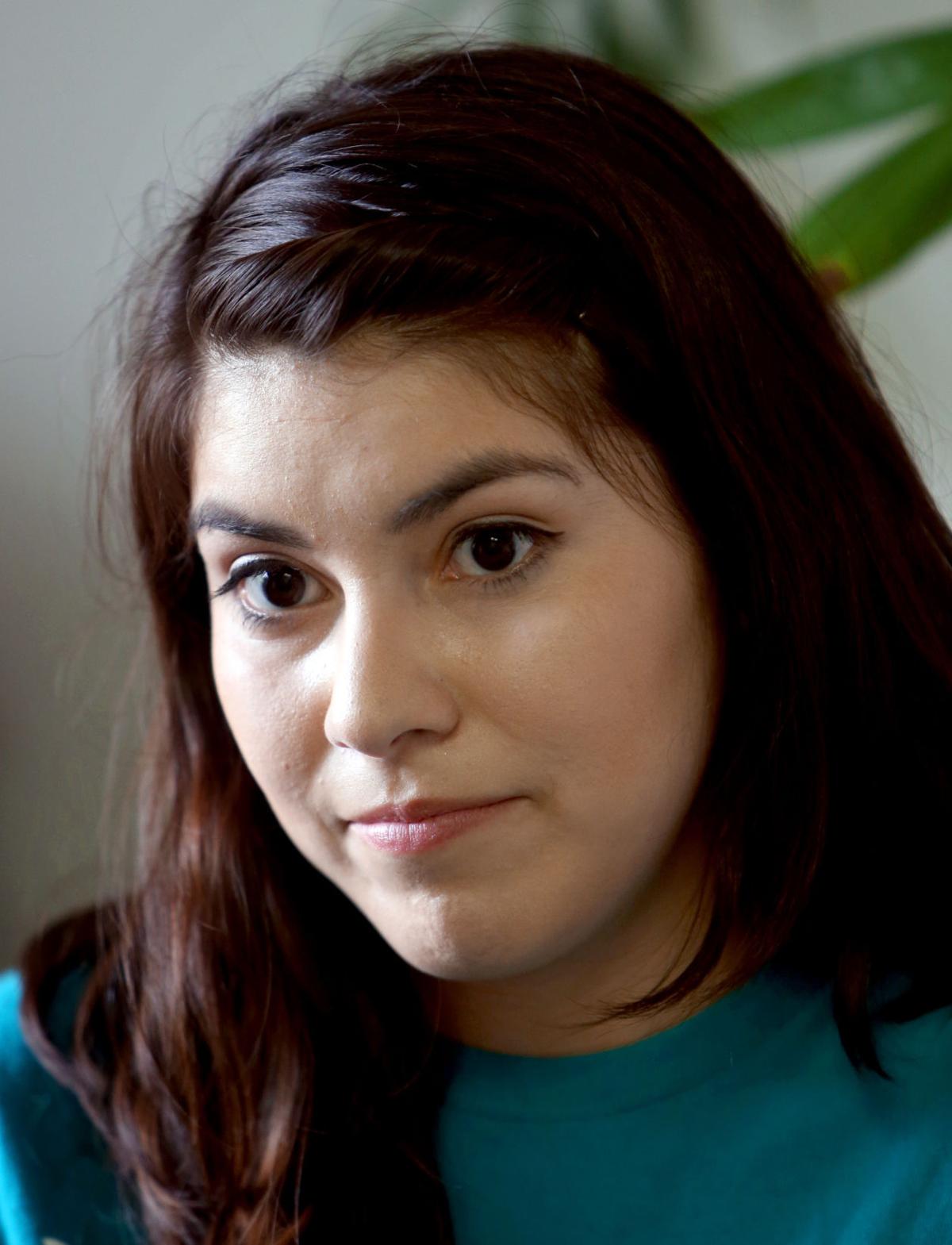