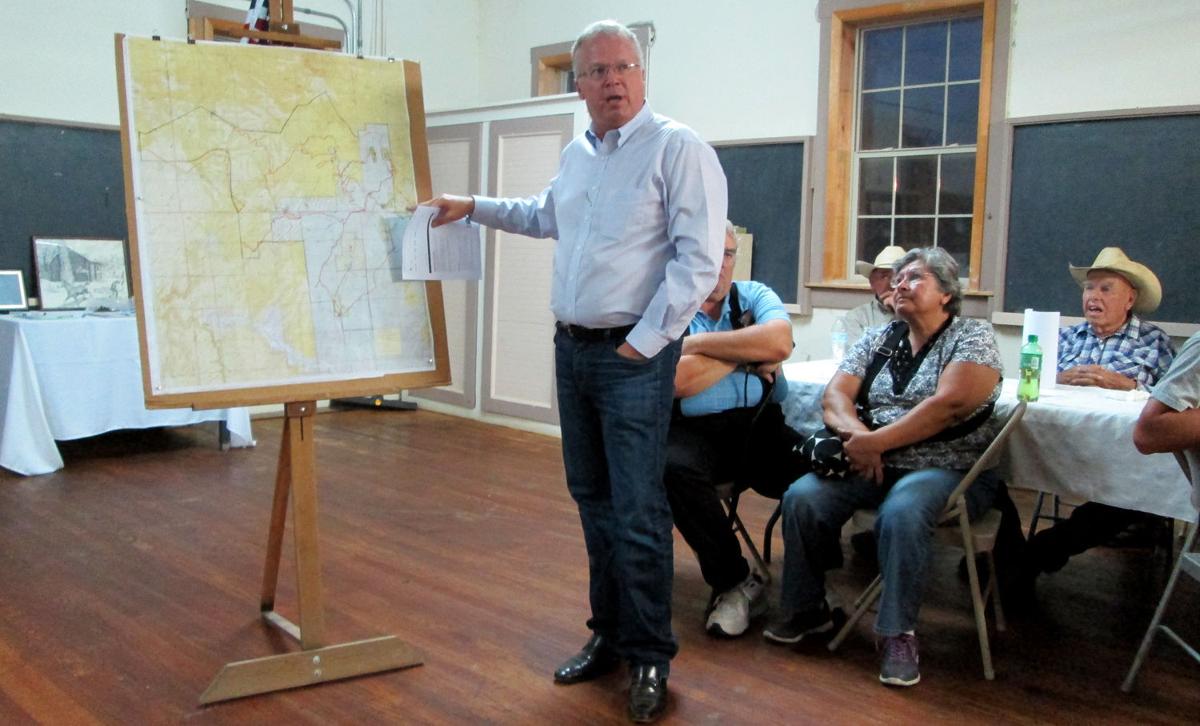 Ernie Mennes, with Force Options 360 Tactical Training LLC, goes back and forth with local residents who live near the Cross F Ranch where a weapons research, testing and public safety first responder training facility is being proposed. The site is also relatively close to the Aravaipa Canyon Wilderness. 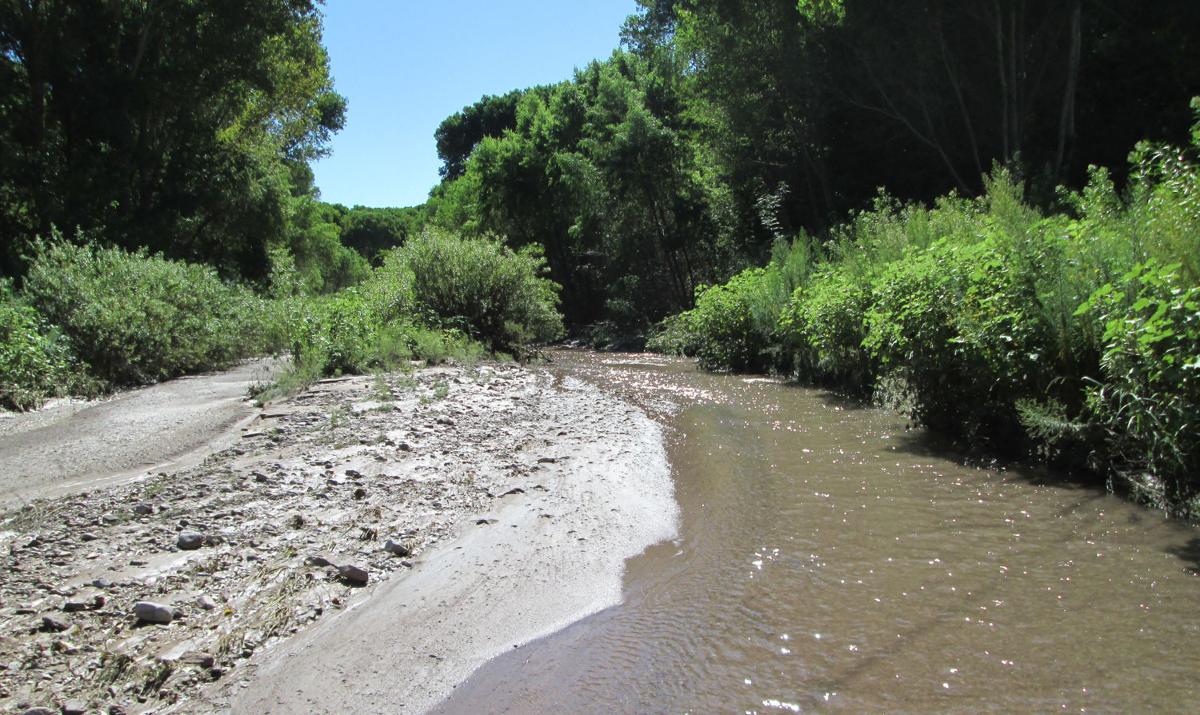 Water flows along the cottonwood trees of the Cross F Ranch, where a weapons research, testing and first-responder training facility was proposed.

A highly controversial proposal to conduct small-caliber weapons testing and first-responder training near Aravaipa Canyon has been withdrawn by the company, Graham County officials said Tuesday.

Ernie Mennes, managing member of Options 360 Tactical Training LLC, told county supervisors on Sept. 2 that the company is pulling the proposal after meeting with them individually, Graham County Supervisor Drew John said Tuesday. On Tuesday morning, Ron Green, a Force Options representative, called the County Planning and Zoning Department to tell it the project is being pulled, said Karen Ulibarri, the department’s secretary.

Force Options had agreed to buy 3,200 acres of the Cross F Ranch near Aravaipa for weapons and first-responder testing and training. The proposal triggered widespread opposition from residents of the unincorporated community of Klondyke. They feared — unjustifiably, project proponents said — the testing would disturb cattle and wildlife in the remote, lush setting.

The company also pulled a related proposal to build a technical and research center on 700 acres much closer to Safford, John said. In addition to offering degree-granting classes for first-responder personnel, that facility could have been used for aircraft maintenance and to assemble weapons and aircraft parts — although not for manufacturing, company officials have said.

The company will try to make that proposal work at the existing Safford airport rather than build a new facility, which would have required lengthening an existing runway, John said. Force Options will look for another testing and training facility, he added.

Mennes would not comment when reached by phone Tuesday. Green didn’t answer his phone when called by the Star. The other two Graham County supervisors, Jim Palmer and Danny Smith, didn’t return calls from the Star.

“I don’t know if they could have passed it through the zoning issues. I told them I’d vote no on the (technical research center) because more than 20 percent of residents surrounding the property had protested.”

John didn’t know enough about the Aravaipa testing facility to say how he would have voted on it, he said. But after receiving a lot of letters of opposition from people concerned about impacts on Aravaipa Canyon, “I probably would have voted against it,” John said.

County officials volunteered to help the company find other sites, he said.

“The potential of it for providing jobs and a tax base for us, and a decent salary for people in our valley, we’re all for it. But we’re not going to stick our necks out for something we know nothing about,” John said.

Lori Sollers, a lifelong Klondyke resident who had led the opposition, said she’s relieved at the weapons testing proposal’s apparent demise at that location.

“It’s giving me 10 more years of my life. It’s just awesome,” said Sollers, who lives near the Aravaipa site. “It’s what we’ve been fighting for.”

News coverage by the Star helped get the word out to residents about the controversial proposal, Sollers said.

“There are a lot of people who have ties to the Aravaipa area, where a lot of people lived at one time. It just touched a lot of families close to home there. I feel for Mennes, but there are other places to go besides tearing up ranch country and bringing it into communities where people are living and ranching.”

Force Options said the research-assembly facility, about 10 miles southwest of Safford, would have generated a lot of jobs. They said the weapons testing facility would give Arizona’s defense and aerospace-related companies a place to carry out tests without having to leave the state. The first-responder training program would have made this region a center for such activity, they said.

But residents accused company officials of putting out misleading statements about their intent.

Company officials stumbled a few times over claims in what they said was an internal document about their proposal. The document carried a friendly statement from Sen. Jeff Flake, but Flake’s staff told the Star it had asked Force Options not to use that statement in future promotional literature because he didn’t want to be seen as endorsing the project.

Company officials also said they were negotiating with Raytheon Missile Systems about its potential use of the Aravaipa site. But Raytheon told the Star it wasn’t interested.

Force Options also gave confusing or contradictory statements about the number of jobs it would create and the potential for obtaining a $30 million Department of Defense grant.

Watch now: An inside look at the USS Arizona Relics Program and its history

Watch now: An inside look at the USS Arizona Relics Program and its history

Ernie Mennes, with Force Options 360 Tactical Training LLC, goes back and forth with local residents who live near the Cross F Ranch where a weapons research, testing and public safety first responder training facility is being proposed. The site is also relatively close to the Aravaipa Canyon Wilderness.

Water flows along the cottonwood trees of the Cross F Ranch, where a weapons research, testing and first-responder training facility was proposed.