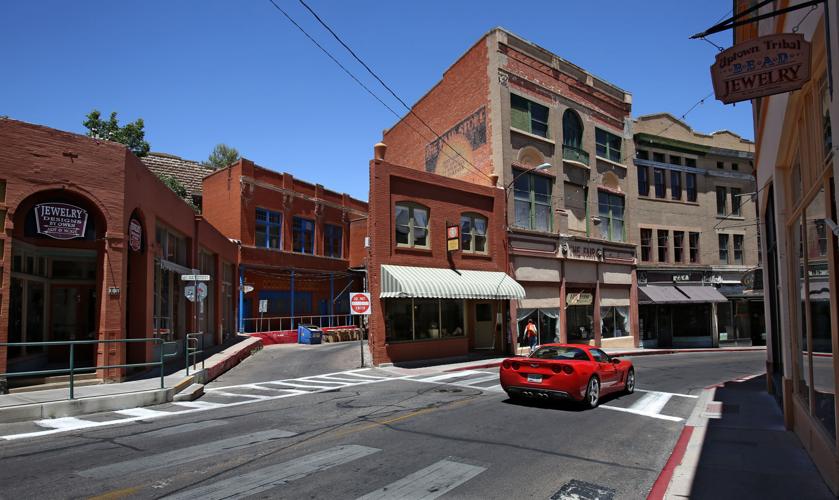 Bisbee officials have said their community is much cleaner since the ban on plastic bags was enacted in 2013.

Before Bisbee’s plastic-bag ban was enacted, litter from bags was a problem. City Attorney Britt Hanson has said retailers “have embraced” the ban.

Brnovich said City Attorney Britt Hanson presented several “compelling reasons” why the community should be able to outlaw plastic bags and require retailers to charge a nickel for paper ones. And the attorney general said he understands the concerns about dealing with flyaway trash.

But he said all that is legally irrelevant. The only thing that matters, Brnovich said, is that the Arizona Legislature voted last year to prohibit local governments from regulating “auxiliary containers.” That means no fees or prohibitions are allowed on containers ranging from bottles and cans to bags.

He said the 2016 law spells out that lawmakers believe such issues are a matter of statewide concern and not subject to local regulations, which overrules the city’s contention that the ban is strictly a local issue.

Brnovich, using the power granted to him under a separate 2016 law, gave the city 30 days to rescind the ordinance. If the City Council refuses, the attorney general said he will direct the state treasurer to begin withholding Bisbee’s share of state aid.

The more likely prospect is that the city will file suit, asking a judge to block the cash loss until there is a final ruling by a court on whether the ordinance conflicts with the preemption.

Among the arguments will be that Bisbee is a “charter city” with state constitutional powers to enact laws on strictly local matters.

Bisbee Mayor Dave Smith said the council will discuss Brnovich’s ruling — and what to do next — at its regularly scheduled Nov. 7 meeting, if not earlier, given the 30-day deadline.

But the odds of the city winning a legal battle may not be good.

Earlier this year, the Arizona Supreme Court looked at a Tucson ordinance that required police to destroy guns that are seized or surrendered. Officials from Tucson argued that it, too, is a charter city and that what happens to guns is none of the state’s business.

But the justices unanimously noted that the Legislature had approved various laws declaring the regulation of guns to be a “matter of statewide concern.” That overrode the city ordinance, they concluded.

The justices strongly suggested they believe that the right of charter cities to ignore state laws applies only in two areas: how and when cities conduct local elections and how they sell or otherwise dispose of land.

The ordinance prohibits retailers from providing free single-use plastic bags; paper bags from recycled material are OK, but are sold for a nickel.

Sometimes the heat gets to be too much and you need a break. Luckily, there’s Bisbee — the historic mining community that sits a mile high and…

Be dazzled: Autumn leaves splash color across the Catalinas

The legality of such a ban is not known.

If legislators really want to run towns' affairs, they should run for council.

One of the nation's oldest baseball parks is Warren Ballpark in Bisbee, which hosts the Bisbee Blue of the Pecos League. Audio slide show by M…

The heat is here to stay for a while, here are a few ideas that might help keep you cool.

Popular restaurant has new location in the Foothills and one coming soon to Broadway Village.

The report was prepared by the Department of Public Safety.

Flake's withdrawal from the race could decrease the chances his rival Kelli Ward will end up the party's nominee.

Tucson club will play at home Friday night after spending the previous three weeks in California, Illinois and Michigan.

Clerk was punched in the face several times, authorities say.

Today and tomorrow will still be quite hot.

For the second year in a row, P.F. Chang's is offering free sushi rolls on Thursday, Oct. 26.

Indicted founder of opioid company steps down from board

He and others are charged with overly aggressive and illegal marketing of company's fentanyl painkiller spray.

David Stringer said he wants to ensure that whatever occurs in Washington doesn't interfere with the right of law-abiding Arizonans to possess firearms.

Turns out we're just a short drive away from a top travel destination in 2018.

Must see! Drone pilot captures video of volcano inches away from eruption

Must see! Drone pilot captures video of volcano inches away from eruption

Florida's island dwellers continue to dig out from Ian

Florida's island dwellers continue to dig out from Ian

Bisbee officials have said their community is much cleaner since the ban on plastic bags was enacted in 2013.

Before Bisbee’s plastic-bag ban was enacted, litter from bags was a problem. City Attorney Britt Hanson has said retailers “have embraced” the ban.