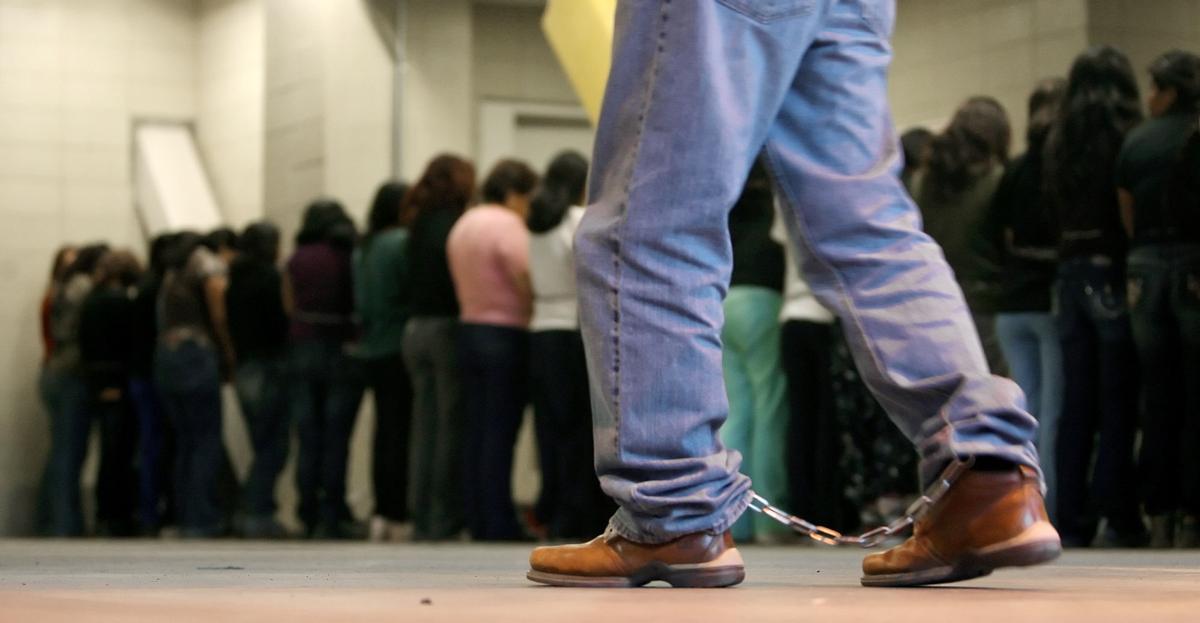 FILE: Illegal immigrants arrive to be processed at the U.S. Marshal’s office in the Federal Courthouse in Tucson, Ariz., Thursday Jan. 29, 2009. 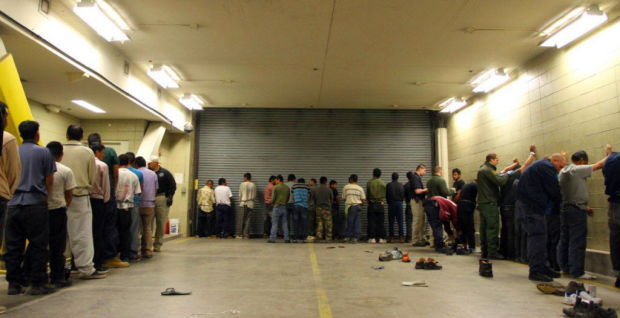 The federal court district in Arizona sent 17,700 people to prison last fiscal year, more than any other district in the country.

Caseload data from the federal court system’s 94 districts are compiled by the Transactional Records Access Clearinghouse, a research organization run by Syracuse University that has longstanding public records requests with the Department of Justice and various federal agencies.

In Tucson, federal courts handle white-collar crime, such as fraud and tax evasion, as well as assaults on federal officers and homicides on Indian reservations and at federal prisons, said Eric Rau, supervisory assistant federal public defender in Tucson.

“But what really drives the busy-ness of the district is border cases,” he said.

Clearinghouse data showed the five federal statutes that cover illegal border crossings and most cases of drug smuggling accounted for 95 percent of Arizona’s federal sentences in fiscal 2017, which ended Sept. 30.

Rau and his colleagues see other border crimes besides illegal crossings and drug cases, such as smuggling guns and cash into Mexico.

But he pointed to Operation Streamline, the fast-track prosecution program for illegal border crossings, as one of the main drivers of the border-related caseload.

Border districts stand in stark contrast to districts in the interior of the United States, where the number of sentences ranged from a low of 66 in the Western District of Wisconsin to a high of 2,000 in the Southern District of Florida, according to clearinghouse data for fiscal 2017. The average for non-border districts was about 400.

Arizona and the four other border districts accounted for 62 percent of the 95,900 sentences handed down across the 94 districts nationwide in fiscal 2017.

While illegal border crossings boosted the number of sentences in Arizona, they also contributed to the district having a seven-month average sentence, the shortest in the country. The highest average sentence was 102 months in the Northern District of Texas.

Federal judicial districts on the U.S.-Mexico border saw the most prison sentences in fiscal 2017 out of the 94 districts nationwide.

Passenger said man was trying to reload pistol when he crashed SUV.

The arrest came amid a flurry of busts of smuggling scouts this week.

A shipment of 2,000 blank credit cards from Hong Kong was intercepted on its way to Tucson.

Fraudulent ID busts down at border ports of entry

Arrests for using fraudulent documents at the border are down 80 percent in last decade.

Fire burning at Tucson landfill sends smoke across the city

A green waste landfill fire is causing heavy smoke across Tucson this morning, according to the Tucson Fire Department.

Customs officers seize $1.2M worth of pot SW of Tucson

Democrats on Board of Supervisors cited concerns with border militarization and deputies enforcing immigration laws.

A federal judge in Tucson sentenced the final member of a marijuana drug-trafficking organization to 21 months in prison.

Courts in the District of Arizona hand down far shorter sentences on average than in other districts.

FILE: Illegal immigrants arrive to be processed at the U.S. Marshal’s office in the Federal Courthouse in Tucson, Ariz., Thursday Jan. 29, 2009.