PHOENIX — With COVID-19 cases rising, Gov. Doug Ducey is ordering a hard cap on the number of diners in any restaurant.

And diners will need to be masked any time they're not at their table.

In a new directive, the governor said that dine-in facilities are limited to half the number of people that fire inspectors have listed as capacity. So if the sign on the wall says that occupancy is limited to 80, that means no more than 40 diners.

Pima County has had a restriction of 50% indoor capacity on restaurants since May 21.

The governor's new order does exempt the number of staffers present from the cap.

Thursday's action is designed to tighten up on the orders Ducey made when he allowed restaurants to reopen on May 11.

Those included requirements to reduce the number of tables and have at least six feet between tables unless there is a plexiglas divider. But aides to the governor said that became difficult to police.

By contrast, building officials and law enforcement can enforce a hard and fast number based on maximum occupancy as determined by the fire department.

That limit does not affect outdoor dining where the risk of spreading the virus is less. But the rules do remain in place for six-foot distancing between tables.

And the latest order makes clear that any area beneath a roof counts as indoor dining, even if the entire side of the restaurant is open to the outdoors.

The order also has a specific requirement on patrons, requiring them to be wearing a mask any time they are not seated at their table. It also prohibits people from standing around in groups, whether to wait for a table or for a bathroom, and encourages the use of reservations.

Ducey's move comes as the state added 75 new deaths on Thursday due to the virus, bringing the total now to 2,038. There were also 4,057 new cases of COVID-19; the statewide tally since the outbreak of those affected is now 112,671.

Hospitalizations of those with positive or suspected cases also continues to set records, with the figure on Thursday at 3,471. ICU bed usage was at 861, just 10 off the record set a day earlier.

Overall, the Department of Health Services reported 89% of ICU beds in use by patients of all types with 87% of in-patient beds in use.

And more than 28% of the tests for the virus reported on Thursday came back positive.

There were nearly 27,000 new confirmed cases in Arizona in the most recent seven-day period available, a Capitol Media Services analysis of statewide data show.

As COVID-19 rages, crisis plans could decide who gets critical care

As COVID-19 gets worse in Arizona and resources grow scarce, critics of the new guidelines want the state to bar healthcare decisions based on disability, perceived quality of life, age or underlying conditions.

Arizona recently saw its slowest week-to-week increase in coronavirus cases in about a month.

Pima County officials are frustrated by calls they’re getting about certain businesses not following the rules laid out in the mask-wearing ordinance, said chief medical officer Dr. Francisco Garcia.

There's no guarantee children will be in classrooms, or that it will be safe to open schools on Aug. 17, says Kathy Hoffman, Arizona's schools chief.

Conceding he made a mistake in allowing them to reopen, Gov. Doug Ducey on Monday shuttered all bars in the state for at least the next 30 days.

Arizona Gov. Doug Ducey: No masks at political rallies OK, but not so at bars

Ducey defended President Trump's recent rally of mostly unmasked supporters  and Vice President Mike Pence's planned visit to Tucson — even as he said the only way Arizona will stop the upward trend of COVID-19 cases is if people mask up and stay home. 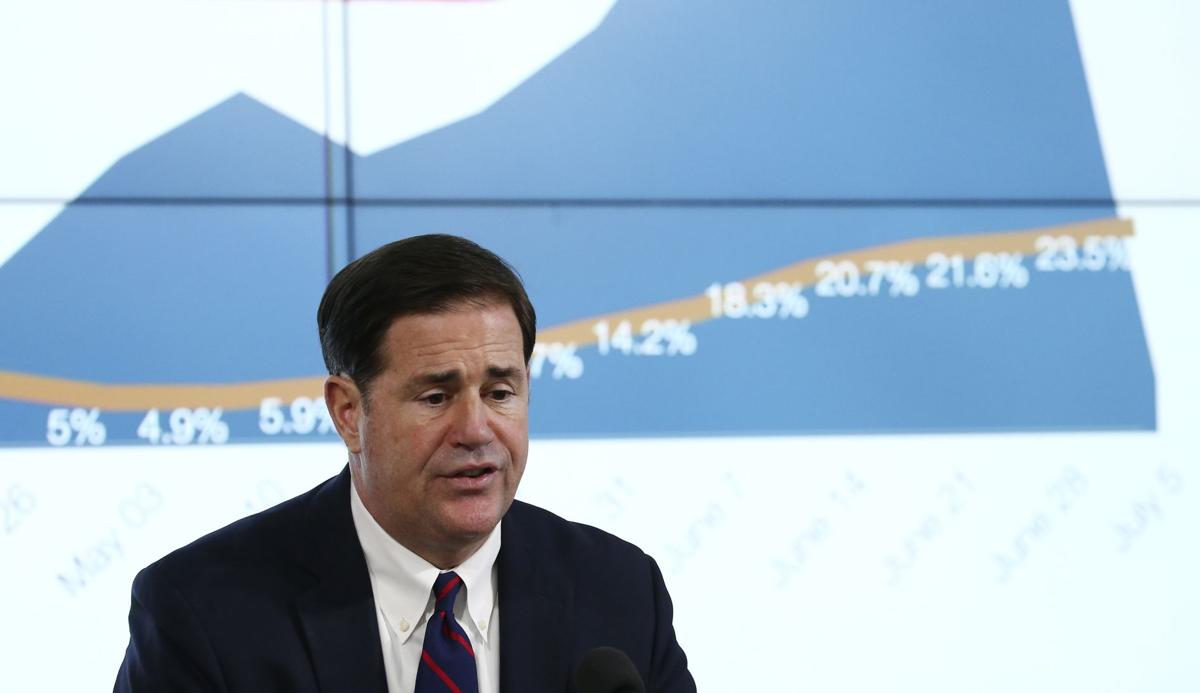 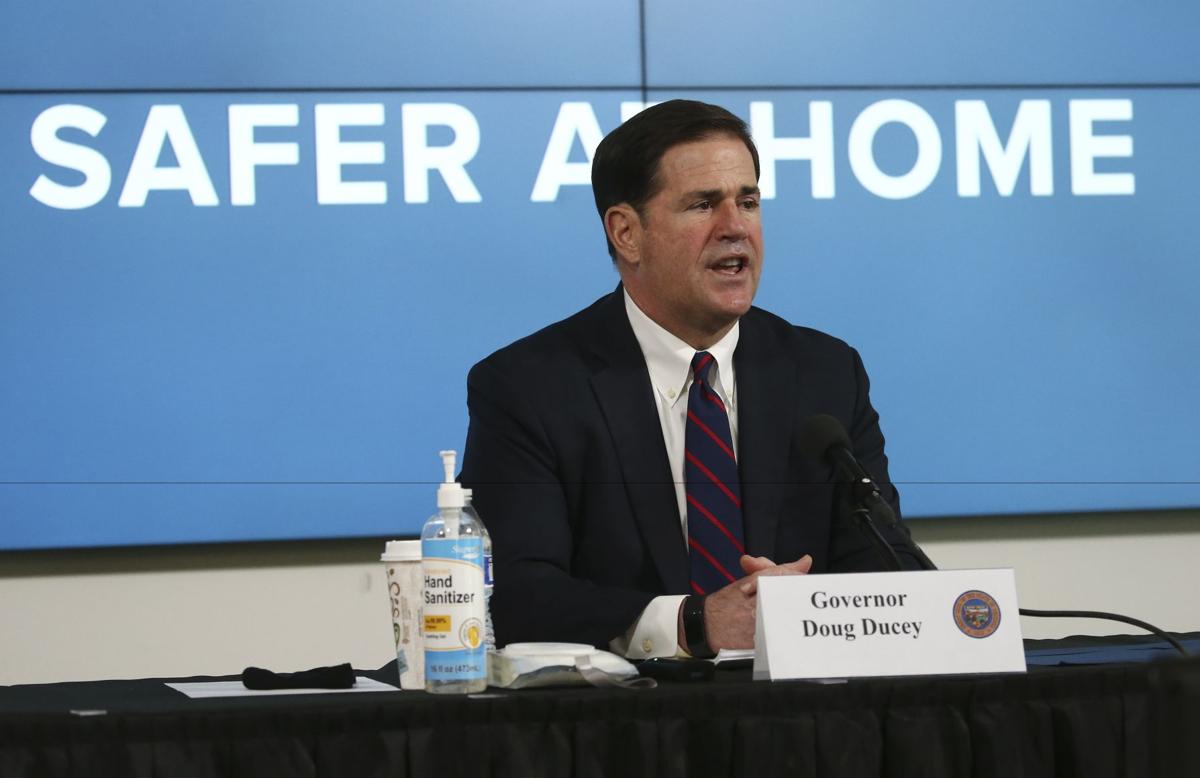