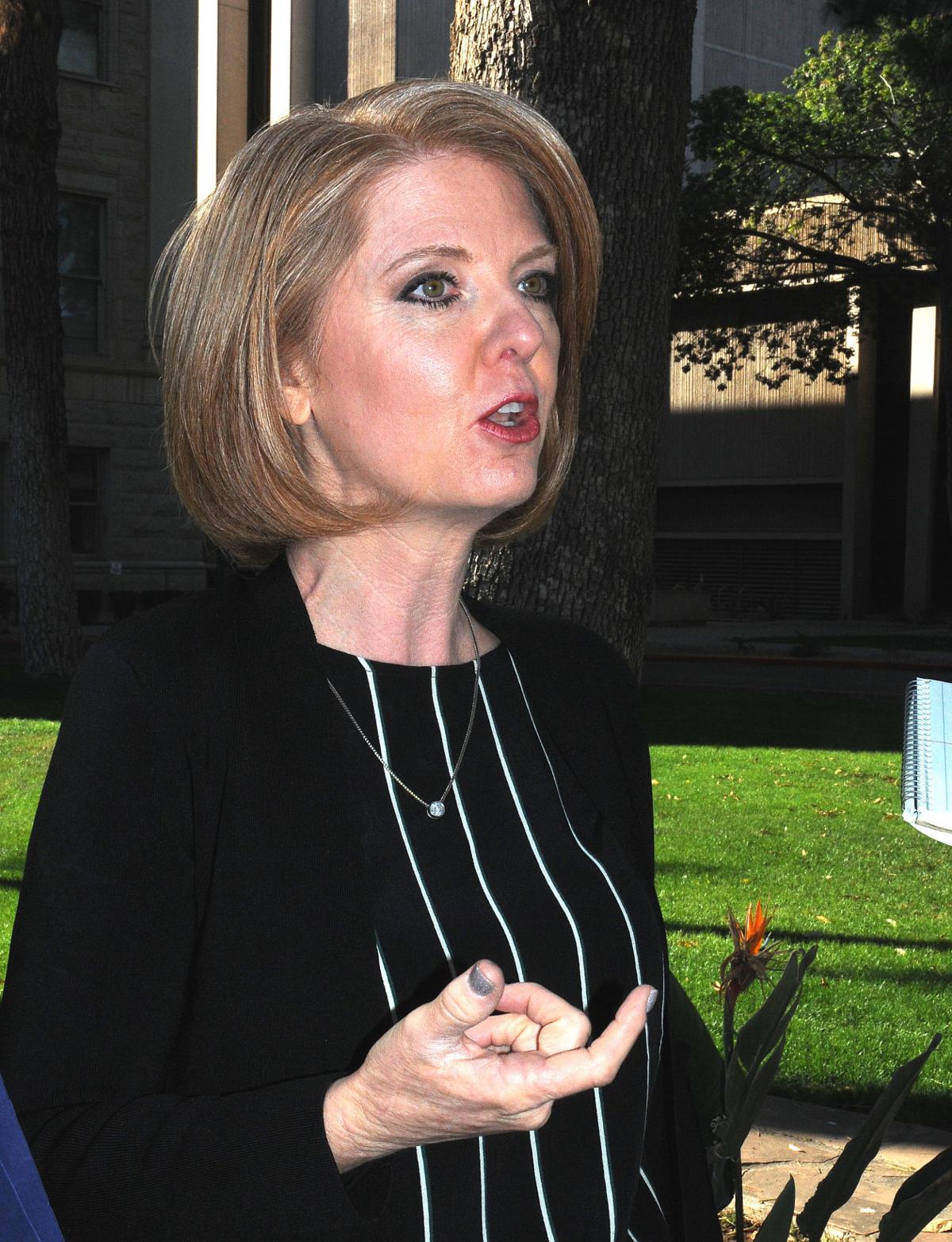 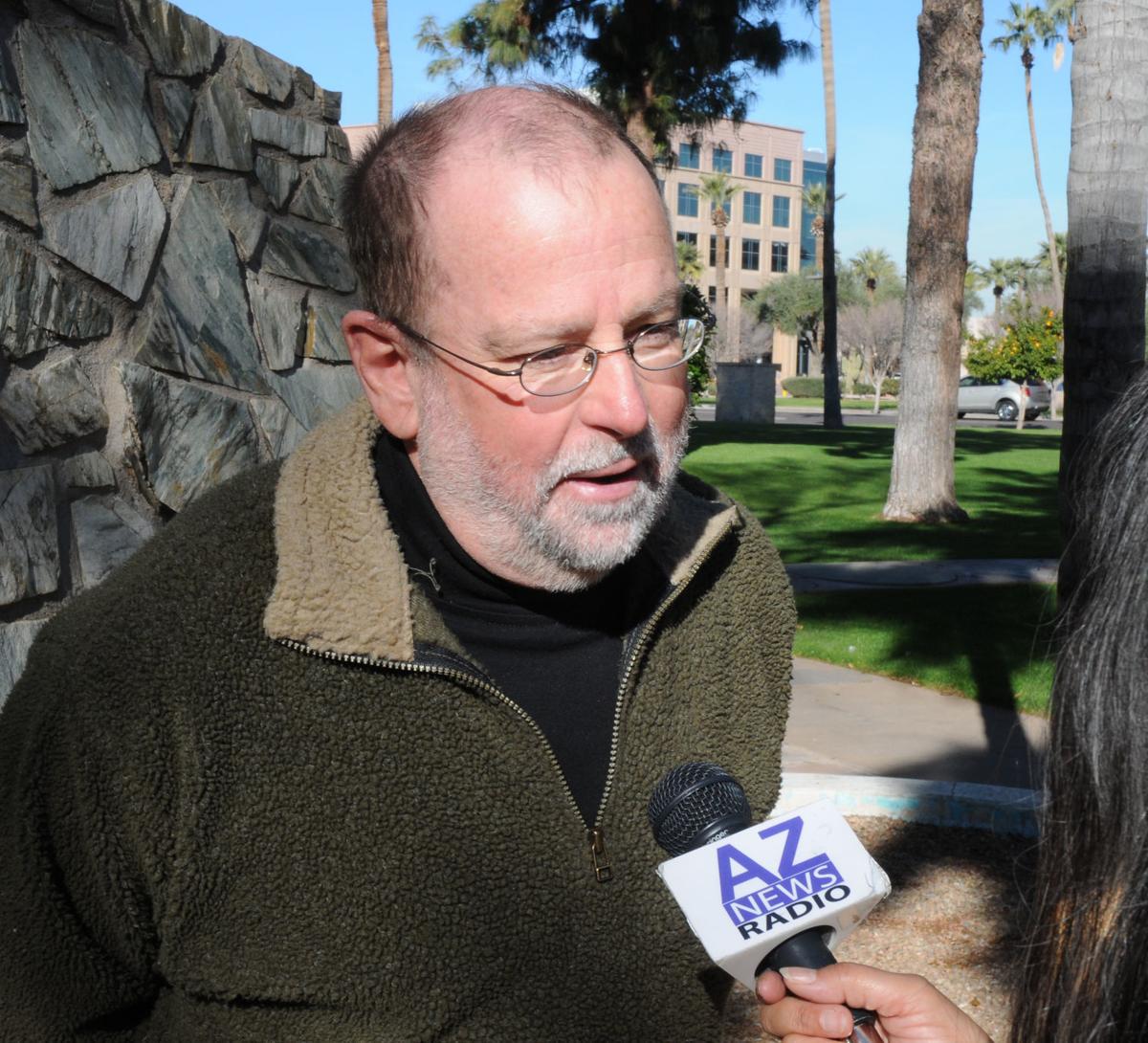 Former state Health Director Will Humble explains Tuesday why it was a mistake to think at one time that e-cigarettes and vaping devices had some positive health benefits to help people quit tobacco.

Legislation introduced by Rep. Heather Carter, R-Cave Creek, would for the first time regulate as tobacco both the devices used as well as the inserts that carry the nicotine-delivering liquids. That, in turn, would subject everyone from manufacturers to retailers — and users — to the same laws that now make it illegal to sell tobacco products to anyone younger than 18.

It also would give the Attorney General’s Office, which now runs “sting” operations on retailers to see if they’re checking ID on cigarette purchases, the power to do the same when someone is selling vaping devices and liquid refills.

Carter’s proposal, SB 1009, is aimed solely at preventing teen use of vaping devices.

But lawmakers also will consider a separate bill on vaping that would affect adults.

But Kavanagh has an additional hurdle that Carter does not face: The original Smoke Free Arizona Act was approved by voters in 2006. That means it can be amended only if he can get three-fourths of both the House and Senate — meaning 45 representatives and 23 senators — to approve.

Vaping devices, originally marketed as a way to help adults quit smoking, have rapidly become popular with teens, which Carter sees as the biggest problem.

“Due to slick hypermarketing campaigns, most students think that these products pose no risk,” she said. Add to that the ease of purchase, not just at stores but on the internet.

Surveys of Arizona high schoolers show that teen use within the previous month went from 17 percent in 2016 to 26 percent last year.

“Essentially, e-cigarettes, vapes, e-pens or whatever else you want to call them, have become the training wheels to develop future smokers,” Carter said.

A 2013 law created a definition of “vapor products” with the intent of making them off-limits. “The law was obsolete before it was passed,” she said, saying that’s why she opposed it at the time.

She said that statute failed to account for changes in technology from original e-cigarettes to high-tech vaping devices, to the point that questions remain whether it’s OK to sell the devices to teens separate from the nicotine-infused inserts.

Her proposed legislation would expand existing laws that regulate tobacco sales to include all types of “electronic smoking devices” as well as “any component, part or accessory of the device, whether or not sold separately.” Carter said that covers retail sales and also should do away with people’s ability to order the devices online, where age cannot be checked.

A news conference Tuesday to provide details of the legislation also included a self-proclaimed “mea culpa” from Will Humble, the former director of the Arizona Department of Health Services.

“Years ago, when e-cigarettes were brand new, I really thought the product had a chance of actually being a public health benefit by giving active adult smokers a pathway off their tobacco addiction and transitioning to a tobacco-free life,” he said. “I could not have been more wrong.”

Humble, now executive director of the Arizona Public Health Association, said the devices provide “no public health benefit that I can tell” and have been unexpectedly attractive to teens.

He said many of these devices have nicotine levels far higher than anyone would get from tobacco products themselves.

“So these young minds are being hard-wired right now to these nicotine products through electronic cigarettes,” he said.

“It’s impairing their ability to learn at schools. It’s interrupting their classroom and it’s addicting our kids.”

Humble said the U.S. Food and Drug Administration has been slow to regulate these devices. As far as he is concerned, they should be classified by federal authorities as “nicotine delivery devices,” a move he said could require they be sold by prescription only.

Officials are alarmed by the sharp increase of e-cigarette use by youths.

The effort is a targeted effort to keep tobacco, e-cigarettes out of Tucson high schools.

E-cigarettes tried by more than half of Arizona high-schoolers

Could result in some Arizonans having to file amended state returns once matter is settled by Legislature.

Proposal would hike Arizona's tax on tobacco products, use money for scholarships

With tobacco use on the rise, a lawmaker and the American Cancer Society want to ask voters to sharply increase the taxes.

The bill would preempt Tucson's existing laws, among others.

Seventeen of 66 local retailers failed undercover inspections in the first six months of this year.

Former state Health Director Will Humble explains Tuesday why it was a mistake to think at one time that e-cigarettes and vaping devices had some positive health benefits to help people quit tobacco.