An Arizona lawmaker will be making another push in 2018 for a bill that would create a public animal abuse registry where someone with a felony conviction of animal cruelty would be listed.

In past legislative sessions in Arizona, Sen. John Kavanagh, R-Fountain Hills, has spearheaded animal-protection bills and helped propose the first registry bill, Senate Bill 1141, which failed in January 2017 after it stalled in committee and no vote was held.

The registry will be used “so that individuals who are selling a pet to somebody could voluntarily check to see if this person has ever been convicted of animal abuse and then not sell the animal,” Kavanagh said.

Kavanagh said it’s difficult to get many animal protection bills passed into law.

“I think the main reason is that a lot of the people who oppose such regulations, in the husbandry community … view it as a slippery slope to laws that will infringe on cattle and dairy activities in the state,” he said, adding that he makes it a point to exclude those types of animals from any bills.

The bill states that anyone convicted of felony animal cruelty, animal fighting, cockfighting, or anyone attending animal or cockfights and equine tripping events would be subject to being placed on the list for about two years, and five years for repeat offenders.

Kavanagh indicated he would make a push for the bill in the 2018 session.

Issues have been raised against a registry potentially “blacklisting” a person by keeping their name tied to the registry for a long period, Kavanagh said.

“In fact we put into the bill that if a person goes to treatment and a doctor certifies that they responded to treatment after a year or two they could have their name removed from the list,” he said.

The registry would have no cost to implement or maintain, Kavanagh said, adding the list would be made available on the Arizona secretary of state’s website.

“First it benefits the animals the most because it’ll keep them out of the hands of abusers,” he said. It would allow for peace of mind in the selling or giving away of pets for adoption and show Arizona is a pet-friendly place, Kavanagh said.

Kellye Pinkleton, Arizona state director for the Humane Society of the United States, said an idea like a registry has to be made in a thoughtful way.

“When we talk about animal abuse, there’s a wide variety of crimes under that umbrella that can include the really egregious forms, some of the worst cases we might hear about,” she said. “But that also would include the folks who are charged that it might be a hoarding situation or a neglect situation, and there might be some mental-health issues going on there.”

The first registry bill to pass in a state was accomplished by Tennessee lawmakers. State Rep. Darren Jernigan, a Democrat who represents a district east of Nashville, spearheaded the bill and said it took three years to get passed, it first launched in January 2016. “Since we’ve passed it, about a dozen states have contacted wanting to do something similar,” Jernigan said.

The idea for its creation came from one of his constituents living in his neighborhood. A woman told him about an animal abuse incident against a dog that was killed.

“She said to me basically there needs to be some kind of registration or a database to where this person can’t go out and get another one,” he said. “So I told her I would do that.”

The bill makes information public about a person convicted of aggravated cruelty, including their picture, county of residence and the length of their time left on the registry.

This information could be found in a courthouse, but through the Tennessee Bureau of Investigation website, it is made public and is easy to find, Jernigan said.

The registry has a requirement of two years for a convicted abuser. Repeat offenders will spend five years on the website. A total of eight people appear on the list, from six counties.

“I’m kind of disappointed in it to be honest,” Tammy Rouse, executive director at the Union County Humane Society in Tennessee said. “There’s not very many people who make the animal registry list. It’s only for people who get convicted of felony crimes.”

Most animal cruelty cases involve misdemeanors. Rouse believes the registry is a step in the right direction, but more can be done.

“Animal hoarding is one of the largest growing animal cruelty instances across the country, and those are heinous situations,” she said. “We had one here March of 2014, we took 138 dogs out of a 900-square-foot home. … It was the worst thing I’ve ever experienced, and those people were charged with misdemeanor animal cruelty.”

The law can be improved in the future, Jernigan said.

“Its baby steps, like any legislation. You want to get what you can in the door and try to build on it and now that it’s law, it’ll be a little bit easier I think to amend it,” he said.

One point that led to the passing of the bill is that it also does not have any costs associated with it. The Tennessee Bureau of Investigation runs the website and communicates with county clerks on new additions to the registry.

The Pima County Attorney’s Office convicted 13 people of felony animal abuse in 2016, which was preceded by nine convictions in 2015 and nine in 2014, according to public records.

“We don’t have very many cases in the office in this nature,” said Pima County Attorney Barbara LaWall. “The numbers are very, very low, but the convictions reflect that.”

Tucson police arrested 25 people in connection with animal-abuse cases in 2016, including 10 people on animal-cruelty charges, nine people for leaving an animal with no ventilation and a single arrest each for neglect, neglect with physical injury, no shelter, no vet care and tie-out violations, according to records obtained by the Star through a public-records request.

It’s unclear from the document which of those arrests were felonies and which were misdemeanors.

Shaq Davis is a University of Arizona student and freelance journalist.

Bill to encourage rescues of kids, pets signed into law by Ducey

Allows someone to break a vehicle window to rescue child or pet.

The Senate voted Thursday to block any state or local law that would restrict gun sales to "smart'' firearms.

One would allow shooting snakes and rats with tiny pellets within city limits; the other would make it harder to keep guns out of public buildings.

We've collected a few front pages from newspapers.com to give you a look at some Sept. 5 papers in history. With a subscription to newspapers.…

The many faces of RichRod

Rich Rodriguez agreed to become the Arizona Wildcats’ football coach in November 2011 without ever seeing Arizona Stadium, the UA campus or ev…

The group's proposal for the 2018 ballot would make it illegal to pursue, shoot, snare, net or capture any "wild cat.''

Dogs could face weeks of isolation if they don't leave the shelter. 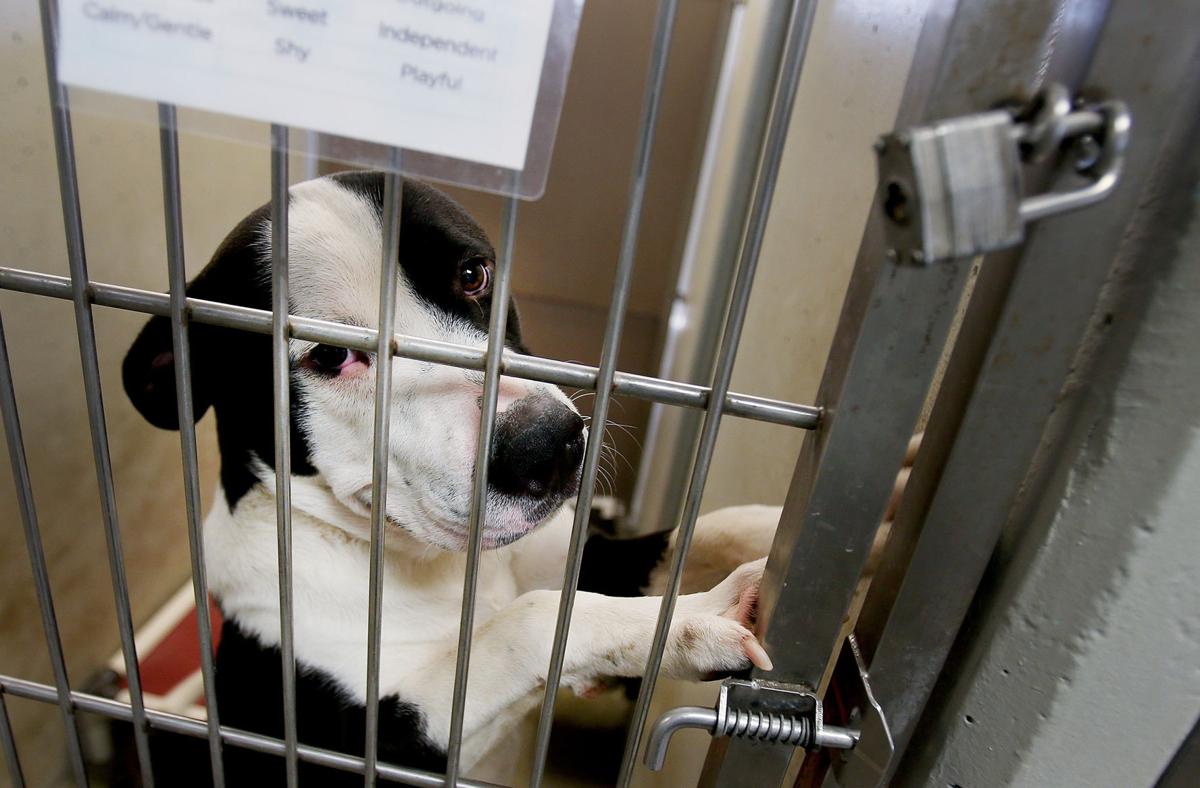 Embry, a recently adopted 18-month-old, hops up on the door of his kennel at the Pima Animal Care Center. Anticipating objections from the “husbandry community,” Sen. John Kavanagh says his legislation excludes cattle and dairy animals. 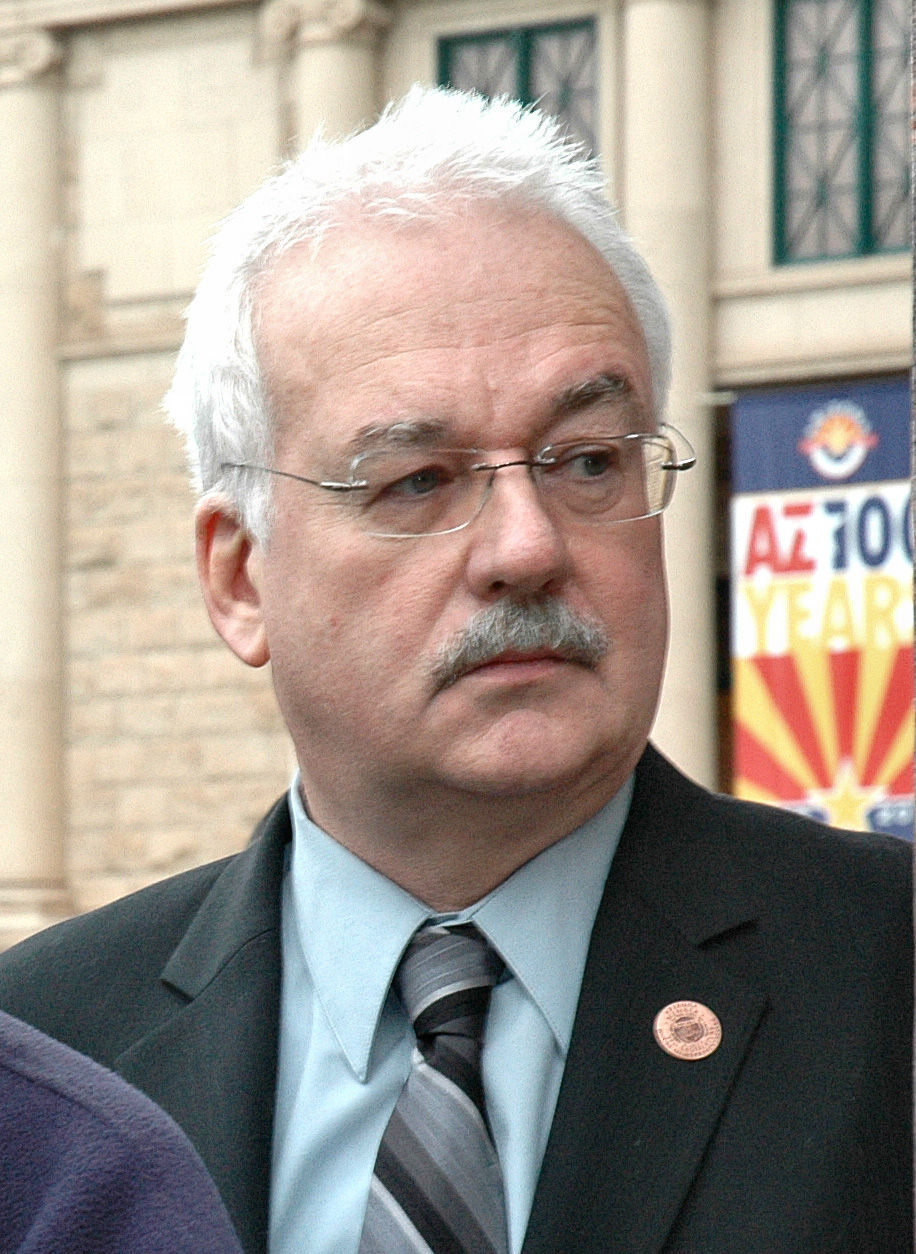