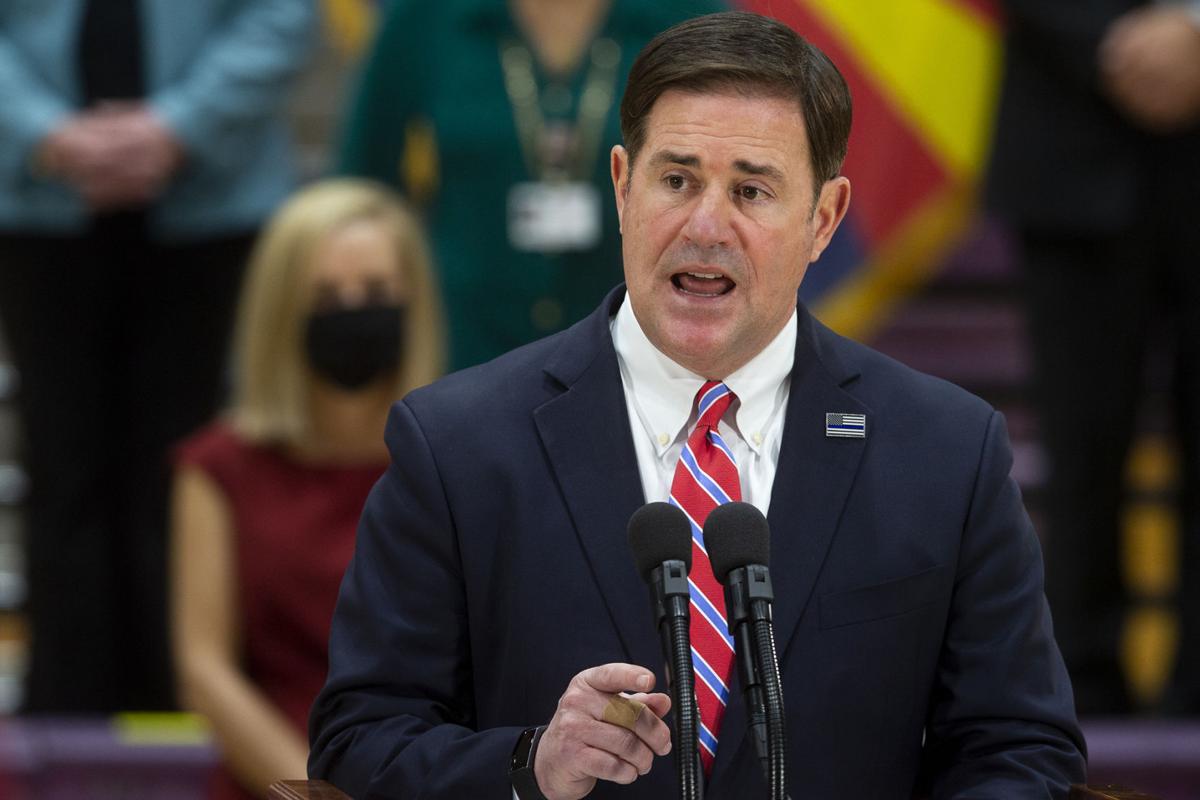 Gov. Doug Ducey’s evictions order will remain in effect at least until the end of October. 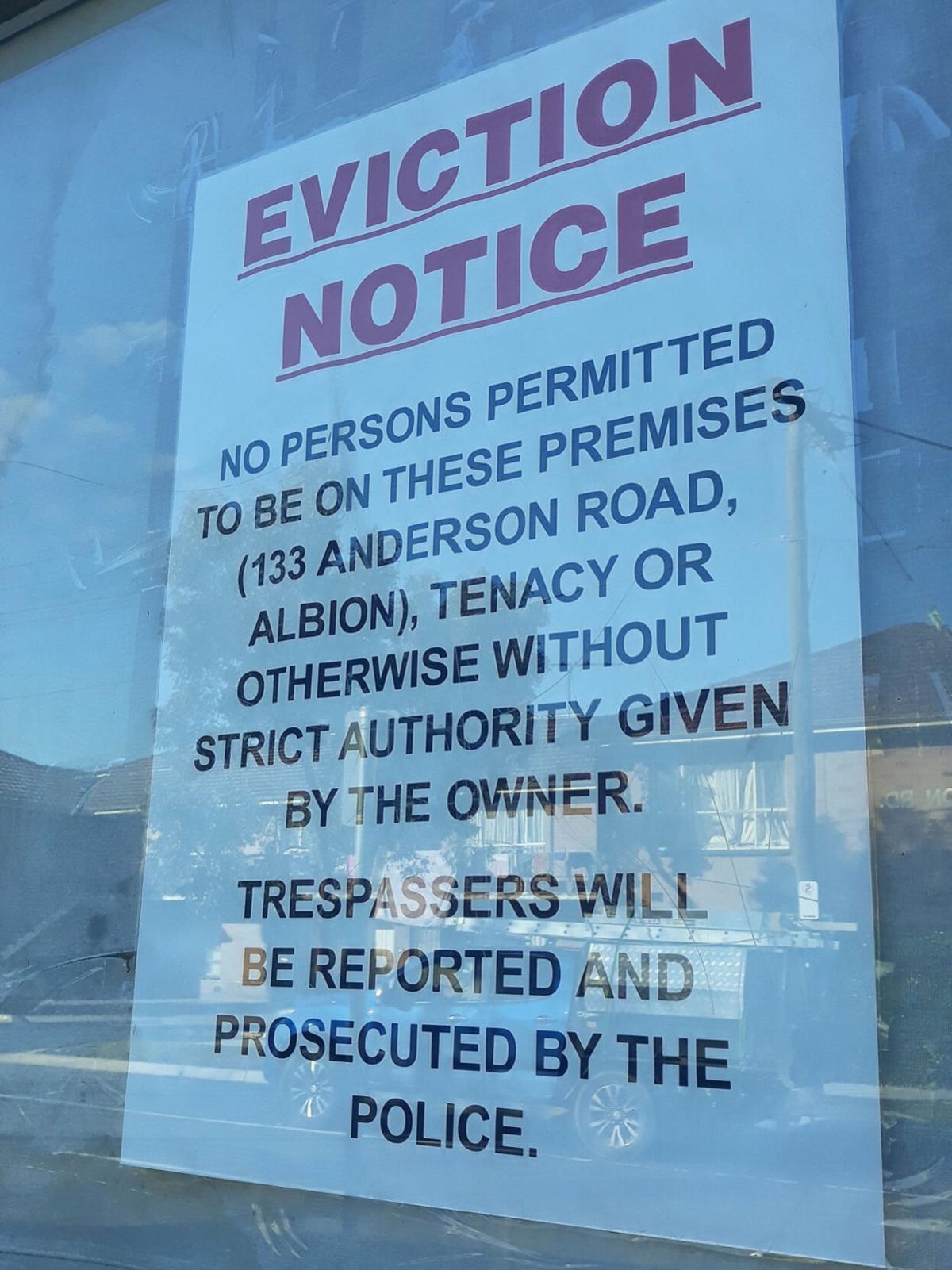 In a brief order Wednesday, the justices spurned a request by the Arizona Multihousing Association to determine if Ducey is within his legal rights in saying landlords cannot oust tenants with unpaid rent because of COVID-19.

The ruling does not resolve the legal claims by the landlords group about the scope of the governor’s emergency powers.

That would take a full-blown trial in a lower court, which is what the order signed by Chief Justice Robert Brutinel suggested should occur.

But it does mean Ducey’s order, originally issued in March, will remain undisturbed through at least the end of October when it is scheduled to expire — assuming the governor does not extend it, as he did in July.

“We appreciate the Supreme Court’s decision,” the governor’s office said in a statement. “This common-sense policy has kept people in their homes during a time of unprecedented economic and public health upheaval. We will continue to defend it.”

Courtney Gilstrap LeVinus, president of the landlord group, said she was “shocked and disappointed” the high court won’t hear the case. She said the ruling will have consequences not only for those who own rental properties, but for the economy.

“We can fully expect to see a rental home foreclosure avalanche in the months to come, or certainly in the beginning of 2021,” LeVinus said.

The only financial aid, she said, could come from $100 million that is supposed to be used for eviction relief. But only about $18 million has been distributed since the pandemic began, LeVinus said.

The issue goes beyond the immediate effect on landlords, said attorney Kory Langhofer, who represents them.

“It reflects the failure of governmental institutions,” he said. “Our Constitution requires the legislative and judicial branches to check executive overreach. At the moment, that’s not happening.”

But Langhofer was able to convince only Justice Clint Bolick, the lone person on the bench wanting the Arizona Supreme Court to review Ducey’s actions.

But even if the justices had taken up the case and overruled the governor, it would have had no immediate effect. Last month the U.S. Centers for Disease Control and Prevention issued its own anti-eviction order, which runs through the end of the year.

Ducey has said there is a direct link between his order and public health.

“The fight against evictions is key in slowing the spread of the virus,” wrote Brett Johnson, the private attorney retained by the governor to defend him in all litigation over the COVID-19 restrictions he imposed.

“The federal Centers for Disease Control and Prevention has warned that homeless shelters are often crowded, making social distancing difficult, and that homeless can exacerbate and amplify the spread of COVID-19,” Johnson said.

But the landlords, in seeking Supreme Court action, claimed Ducey lacks the constitutional authority to tell constables around the state not to process eviction orders, including orders issued legally by judges. They also contend the gubernatorial directive is violating the property rights of landowners as well as their right to enter into contracts.

The landlords acknowledged the governor can exercise certain powers in a public health emergency. But Langhofer said that Ducey, in unilaterally barring landlords from enforcing the terms of lawful lease agreements, created “an indefinite economic welfare and redistribution program, rather than a public health measure to contain the COVID-19 contagion.”

If the governor’s order goes unchallenged, “then there is virtually no personal or commercial transaction or conduct that would lie outside his grasp,” Langhofer argued to the justices.

The way the landlords figure it, by the time Ducey’s order expires, assuming it is not renewed, it will have been 221 days that tenants have not had to pay rent.

How much is owed is unclear.

If just 1% of the more than 919,000 Arizona households that rent did not make payments over a seven-month period, that means a loss of more than $67.7 million, figures economist Elliott Pollack in a study done for the Arizona Multihousing Association.

Take that rent-withholding figure to 15%, and the foregone revenues top $1 billion, he said.

Pollack said there also is a ripple effect as landlords cannot pay their employees, contractors and suppliers.

But the issue before the court dealt only with the legal questions.

Langhofer told the justices that the laws Ducey is using for all of his executive orders allow him to exercise police powers, specifically to “alleviate actual and threatened damage due to the emergency,” and to facilitate the supply of equipment and services “to provide for the health and safety of the citizens of the affected area.”

He acknowledged the law does allow the governor to “commandeer and utilize any property.” And that could be interpreted to include a moratorium on evictions as a means to ensure that people have housing, Langhofer said.

But he said that exists only in a “state of war emergency” — and only if the governor makes provisions for compensating the owners of the property.

He also pointed out that tenants seeking relief need not show they are infected with COVID-19 or even that they are in a high-risk category, but only that they provide documentation of “ongoing financial hardship.”

The advice from the justices for landlords to take their case to a trial court is interesting given that there was, in fact, a hearing earlier this year in a separate challenge to the governor’s order brought by Gregory Real Estate and Management.

He said the evidence “demonstrates reality that Arizona leaders and the general population perceived COVID-19 to be an emergent problem and a virus to which swift and urgent attention was required.”

Arizona had the highest rate of “housing loss” in the nation, according to a new national study, and that was before what experts called a “tsunami of evictions” that is expected to hit this fall.

New federal order could protect Arizona renters from evictions through 2020

The federal order goes through the end of the year, while Arizona Gov. Doug Ducey's anti-eviction order expires at the end of October and is being challenged in court.

Arizona governor says Congress must take action to come up with a new benefits plan for the unemployed.

Arizonans who can't pay their rent because of COVID-19 fallout will get more time before they face eviction, Gov. Doug Ducey announced Thursday. There will, however, be some additional conditions that such renters must meet.

Arizona's top health official testified Thursday she cannot say when the COVID-19 health emergency will be over or when Gov. Doug Ducey will rescind his related orders.

Gov. Doug Ducey’s evictions order will remain in effect at least until the end of October.