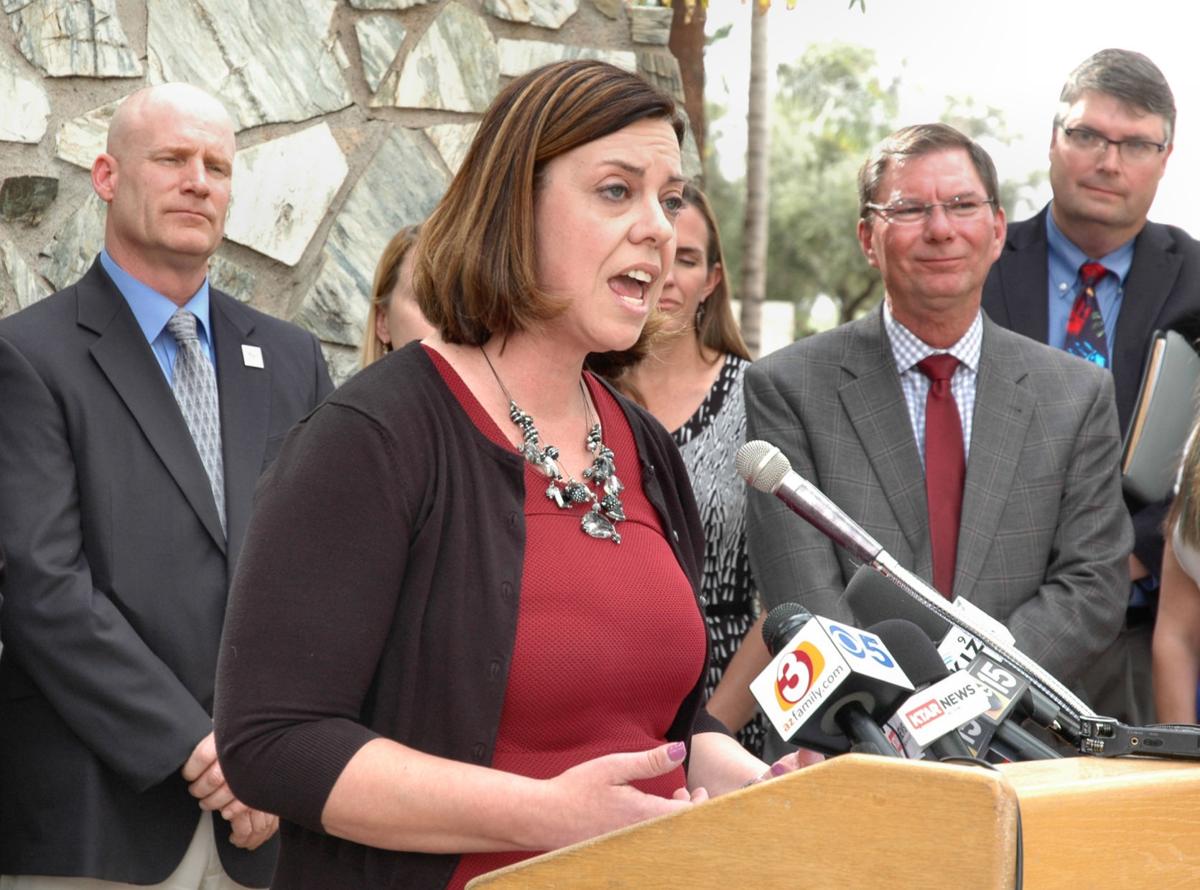 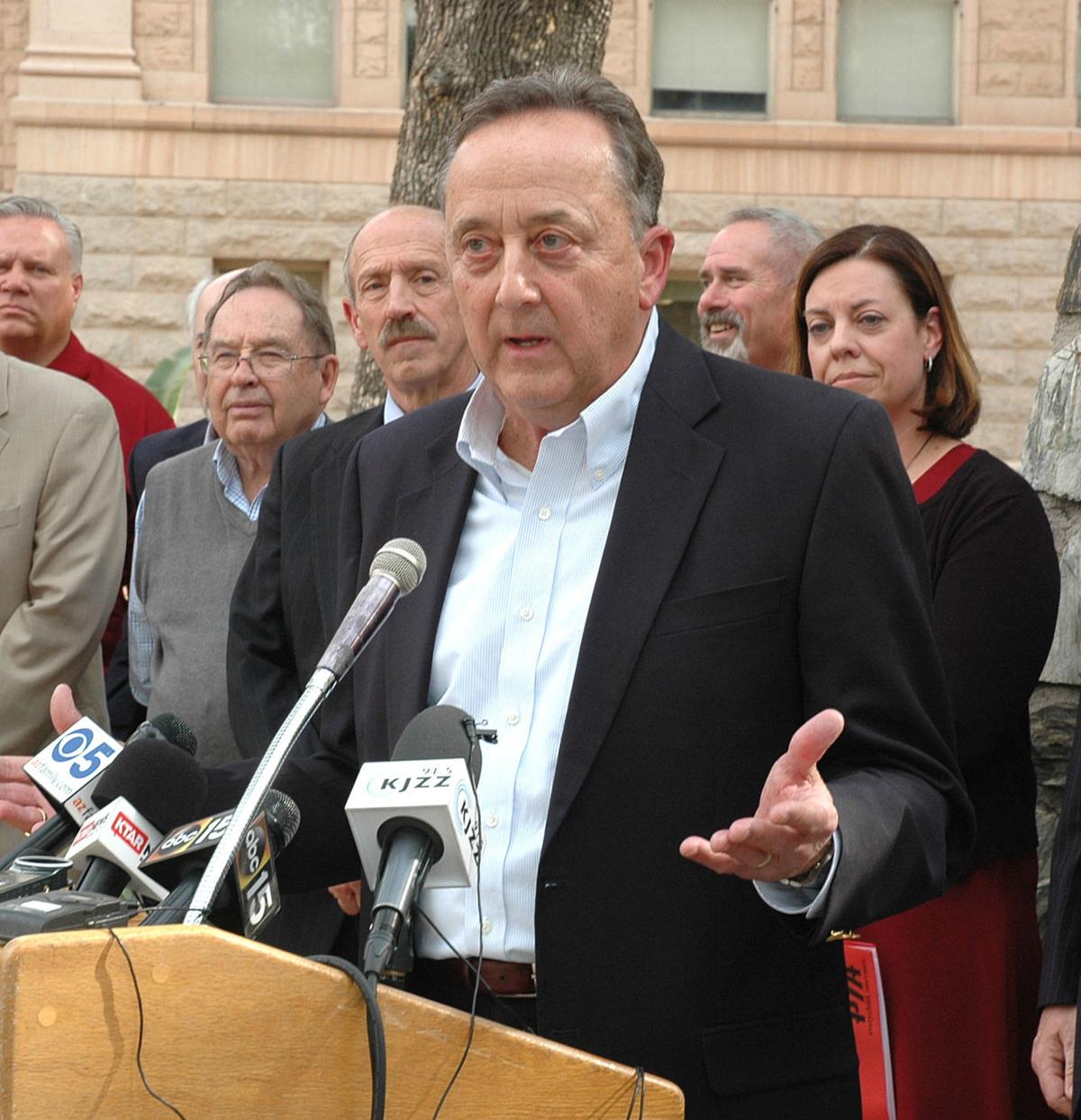 PHOENIX — Calling the governor’s pay proposal inadequate, leaders of the #RedForEd movement have scheduled a vote this week to decide by Friday whether to strike.

Key organizers said the plan by Gov. Doug Ducey to raise teachers’ salaries by 19 percent by 2020 does not meet their goal of getting education funding back to where it would have been now had lawmakers not made cuts during the Great Recession. They said classroom sizes are still too large and equipment needs are unmet.

“We don’t have a sustainable revenue source to fund these raises. What that means is that these are empty promises,” said Noah Karvelis, one of the leadership team members of Arizona Educators United.

Paper ballots will be distributed Tuesday with a “vote-in” on Wednesday and results announced Friday, said Derek Harris, who teaches band in the Tucson Unified School District.

He said any decision will need something more than a simple majority, but that organizers have no firm threshold. They also want support for a walkout from education groups across the state and not just from the state’s metropolitan areas, Harris said.

Ducey is convinced that the growth of the state economy will lead to greater tax revenues, gubernatorial press aide Daniel Scarpinato said Monday.

Tax collections are running well ahead of projections, Scarpinato said. That could cover the $274 million first-year cost of both the 1 percent raise that Ducey already promised earlier this year plus an additional 8 percent in his new plan, he said.

That leaves the question of whether there will be enough to sustain those pay raises, plus pay for the additional 5 percent Ducey has promised for the 2019-2020 school year and another 5 percent the following year.

The Governor’s Office has estimated the ultimate price tag at more than $670 million, above and beyond the regular state aid to education.

In addition, Ducey is promising to restore the $371 million taken from schools that they are supposed to get for capital needs like books, computers and buses.

“Sustainability is absolutely critical,” agreed Tim Ogle, executive director of the Arizona School Boards Association. But he isn’t sure it will take a strike to guarantee the dollars will be there.

“Our job is to hold decision-makers accountable,” Ogle said.

There are legislators who apparently are willing to put the governor’s funding promises into law, he said, adding: “It’s silly to say ‘no’ to that.”

Scarpinato said the state will have more than $1 billion to pay for the raises — Ducey claims they amount to 20 percent because he counts a 1 percent increase approved last year that teachers already are getting — and restore funding cut from school capital needs. Aside from a healthier economy producing more tax dollars, Scarpinato said fewer people will need state-paid services such as health care.

Joe Thomas, president of the Arizona Education Association, warned against relying on promises. “Don’t believe anything besides what they put in the budget,” he said.

“A legislature that says they’re going to give us a 5 percent raise in a budget a year away, well, they might as well promise every kindergarten teacher a pony,” Thomas said.

Ducey’s plan does not include pay raises for others, including school counselors, custodians and lunchroom workers.

There is also the issue of adequate funding for classrooms.

Others said the problems are even more basic.

“My students deserve to have repairs on their buildings and working plumbing and holes in walls patched,” said TUSD’s Harris.

Kelley Fisher complained about the lack of bus drivers for the kindergarteners in the Deer Valley Unified School District as well as the fact there are not speech teachers on each campus.

“I can’t walk back into my classroom without getting more for our students and this movement,” Wegela said.

“But peer pressure can be very important,” he said.

Ogle said it isn’t the job of his school boards association to tell the employees what they should do. But if there is a message, he said, it is that educators and their organizations have gotten Arizona to the point where the governor, who last year had recommended a pay raise of just 0.4 of a percent, is now making this offer.

“Without their collective efforts, we wouldn’t be having these discussions,” Ogle said. “That’s a tremendous win. And I hope they celebrate it.”

That’s also the assessment of Beth Simek, president of the Arizona PTA, who called the governor’s new-found commitment of dollars “nothing short of a supernatural miracle.”

Simek, who has done battle with Ducey before over school funding, agreed with the teachers that “it’s very fair for people to be skeptical.”

But she said accepting the governor’s offer does not preclude pressuring Ducey and lawmakers for the other things teachers want, like restoring the $1 billion in cuts to K-12 education over the last decade and bringing teacher salaries up to the national average.

There’s also the question of how much more money a strike might produce.

In Oklahoma, just the threat of a walkout produced raises of about $6,100 per teacher and $1,250 for other school professionals. Teachers walked anyway, seeking not just more money in salaries but also $200 million more for other classroom needs, versus the $50 million lawmakers provided.

Nine days later, however, the strike ended, with Alicia Priest, president of the Oklahoma Education Association, saying that is “all that we will be able to accomplish this legislative session.”

Harris, however, said the fact there are elections this year in Arizona could put more pressure on lawmakers to commit some additional dollars.

Scarpinato said Ducey is not advising educators how to vote. But he said it will take their support to get the governor’s proposal through the Legislature, where there is likely to be some opposition to committing to spend that much in new dollars.

With teachers fleeing the profession in Arizona, those who remain are girding themselves for drastic action.

Result of Arizona teacher walkout vote to be announced tonight

The walkout vote is the latest effort in the state’s #RedForEd movement.