Arizona’s top prosecutor intends to pursue his lawsuits challenging benefits for “dreamers” even as the president has given Congress six months to fix the program or start phasing it out.

On the one hand, he said, if Congress passes a legal replacement for Deferred Action for Childhood Arrivals, then the nearly 28,000 in Arizona who have been accepted into the program get the legal status they need to have a state-issued driver’s license and get in-state tuition at colleges and universities.

Conversely, Brnovich said if Congress falters, then DACA begins to self-destruct in March — as does any legal basis for those in the program to claim they are entitled to be here and get certain benefits.

But in the interim, he said, the cases continue.

“My job as attorney general is to enforce the law as it is, not as I want it to be,” he said.

“I hope Congress comes up with a solution to address the DACA issue,” Brnovich continued. “But until we do, we have to proceed accordingly as a state.”

He told Capitol Media Services on Tuesday that he intends to sue members of the Arizona Board of Regents personally if Brnovich does not bring a new lawsuit against them by Saturday. He said whatever Congress does about “dreamers” does not excuse the fact that board members allowed DACA recipients to pay less in tuition than he says a 2006 voter-approved law allows.

Among the cases pending is Brnovich’s request that the U.S. Supreme Court allow Arizona to rescind the driver’s licenses that a federal appeals court ordered the state to provide to DACA recipients.

Brnovich told the justices that the 2012 decision by former President Barack Obama to create DACA is not federal law but merely a directive to allow those who arrived in this country illegally as children to remain and be able to work. What that means, he said, is DACA recipients have no legal immigration status.

What makes that important, he said, is a 1996 Arizona law that says licenses are available only to those whose presence in this country is “authorized by federal law.”

That argument failed to convince federal appellate judges who said Arizona cannot decide for itself who is legally entitled to be in the country.

Jennifer Chang Newell, an attorney with the American Civil Liberties Union, said the best thing for the Supreme Court to do would be to reject Brnovich’s request for review.

She said no court has ever concluded that DACA is illegal.

“But even if it was, the announcement today about the administration’s decision to end the program only strengthens the conclusion that the case is not worthy of the Supreme Court’s attention,” Newell said.

“The program that Arizona is complaining about is coming to an end anyway, regardless of anything the Supreme Court is going to say.”

There is a parallel lawsuit brought by others who are not here legally but have been allowed by the federal government to stay, like victims of domestic abuse, whom Arizona also denied licenses in a bid to show the state is treating all deferred-action recipients equally. The implications of the future of DACA are less clear for those individuals.

The other big issue is whether DACA recipients are entitled to residential status so they can attend public colleges by paying in-state tuition.

At this point, Brnovich has the upper hand, legally speaking.

Earlier this year, a three-judge panel of the state Court of Appeals ruled unanimously that Proposition 300, approved by voters in 2006, clearly says that in-state tuition is reserved only for those with “lawful immigration status.” Judge Kenton Jones said the decisions by the Obama administration to let those who arrived illegally in this country as children to remain and work “do not translate into the recipients’ eligibility for in-state tuition or other state and local public benefits.”

Mary O’Grady, attorney for the Maricopa community colleges, the defendant in the lawsuit, is arguing to the Arizona Supreme Court that the federal government considers DACA recipients to be “lawfully present,” even if they have no legal immigration status. She said that means the college Governing Board acted legally in allowing them to pay reduced tuition.

And college spokesman Matthew Hasson said Tuesday that the appeal will continue even after the president’s announcement.

But what the justices decide had broader effect.

Brnovich said he intends to ask the justices to uphold the appellate ruling — even if DACA either becomes legal or goes away in March. And it’s not just to affirm the decision about the Maricopa colleges, but to bring the university system into compliance.

“At the end of the day, we have an obligation to enforce the law as it is,” he said.

“Proposition 300 was passed by nearly 70 percent of the Arizona voters,” Brnovich said. “The reality is that the Board of Regents are frankly thumbing their noses at Arizona voters.”

Board Chairman Bill Ridenour said he doesn’t see it that way. And Ridenour said it is the position of most board members to keep the in-state tuition in place unless and until the Arizona Supreme Court rules otherwise.

But Ridenour, who is an attorney, said he doesn’t think the last word will end up with the state’s high court.

“I would suspect the (Supreme Court, when they take this up, will not be in any hurry to make a ruling until such time as it is determined, at least by Congress, what the DACA students’ status is going to be,” he said.

With no court ruling likely soon — and Congress likely to wait until next year — Ridenour said the tuition policy will remain into the spring semester.

In the interim, though, Pearce said he will pursue his own litigation to make individual regents personally financially liable for voting to allow DACA recipients to pay in-state tuition, even in the face of the Court of Appeals ruling.

The Board of Regents “is damaging the nation and destroying the rule of law,” said Pearce, who is represented by Judicial Watch. “And I will not stand by and allow that to go on.”

Pearce is using a section of law that says if the attorney general does not act within 60 days of a request to enforce certain state laws, an individual may sue to recover financial damages. That deadline is Saturday.

Brnovich questioned why anyone would sue now, pointing out the entire issue could be made moot by Congress by the time that lawsuit ever gets into court. Anyway, the attorney general said he won’t be forced into opening a new legal front against the universities simply because Pearce and Judicial Watch are pushing the issue.

“What I don’t want this office doing is trying to score cheap political points,” he said. “We don’t kowtow to anyone.”

Rep. McSally: I will 'go to the mat' for expanding Douglas Port of Entry

Comments also did not violate county policy, according to county legal opinion.

Tucsonans take to the streets to support "dreamers."

About 500 march to Tucson City Hall in support of 'dreamers'

Police Chief Chris Magnus followed the marchers from a park.

Appeals court ruling: No libel if statement is 'substantially true'

Judges said someone being sued for defamation "need not prove the literal truth of every detail." 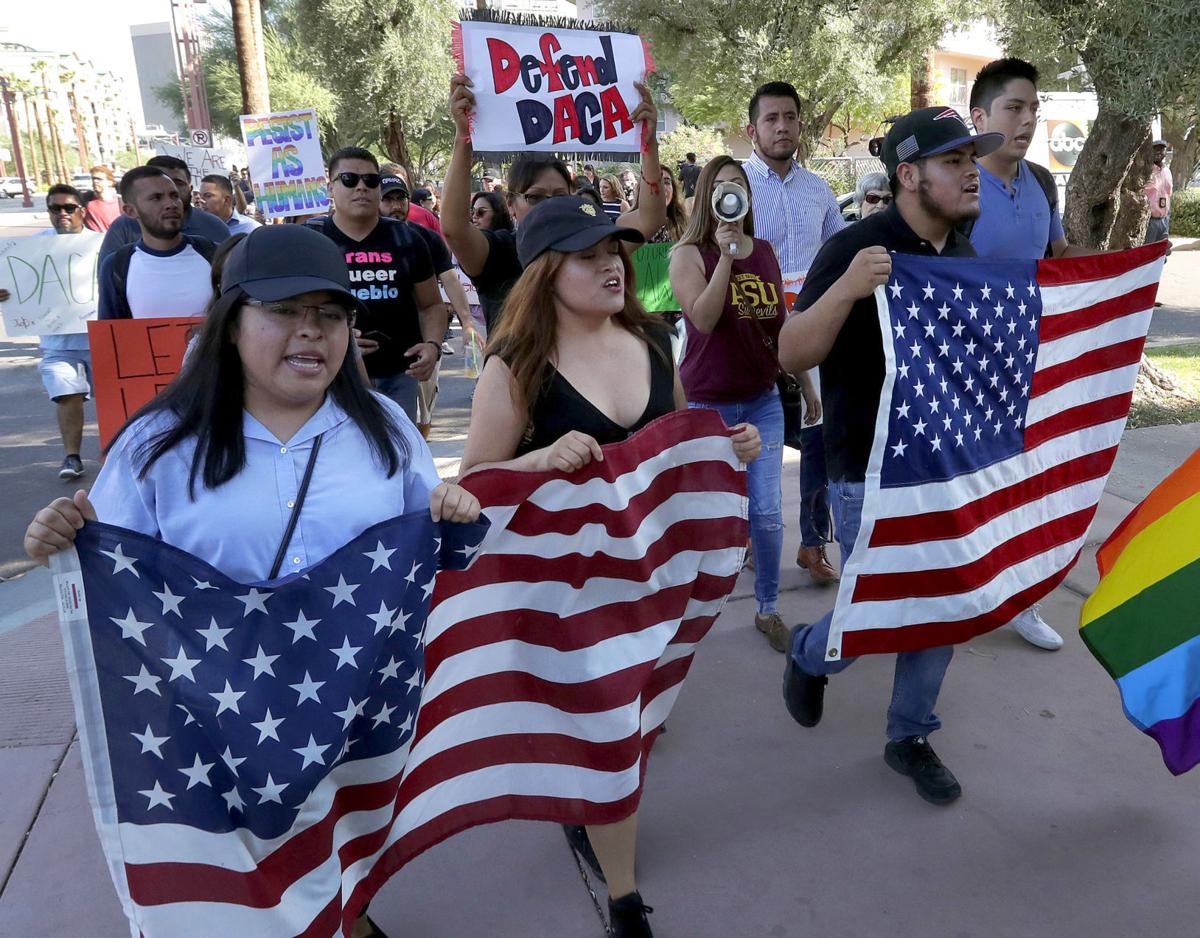 Supporters of the deferred-deportation program march to the Immigration and Customs Enforcement office in Phoenix. 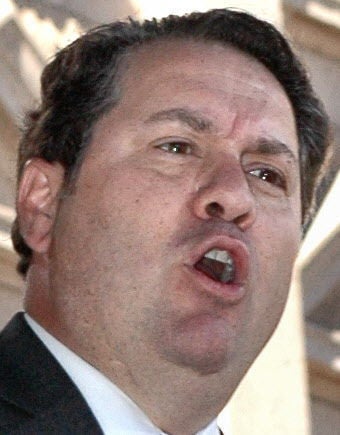