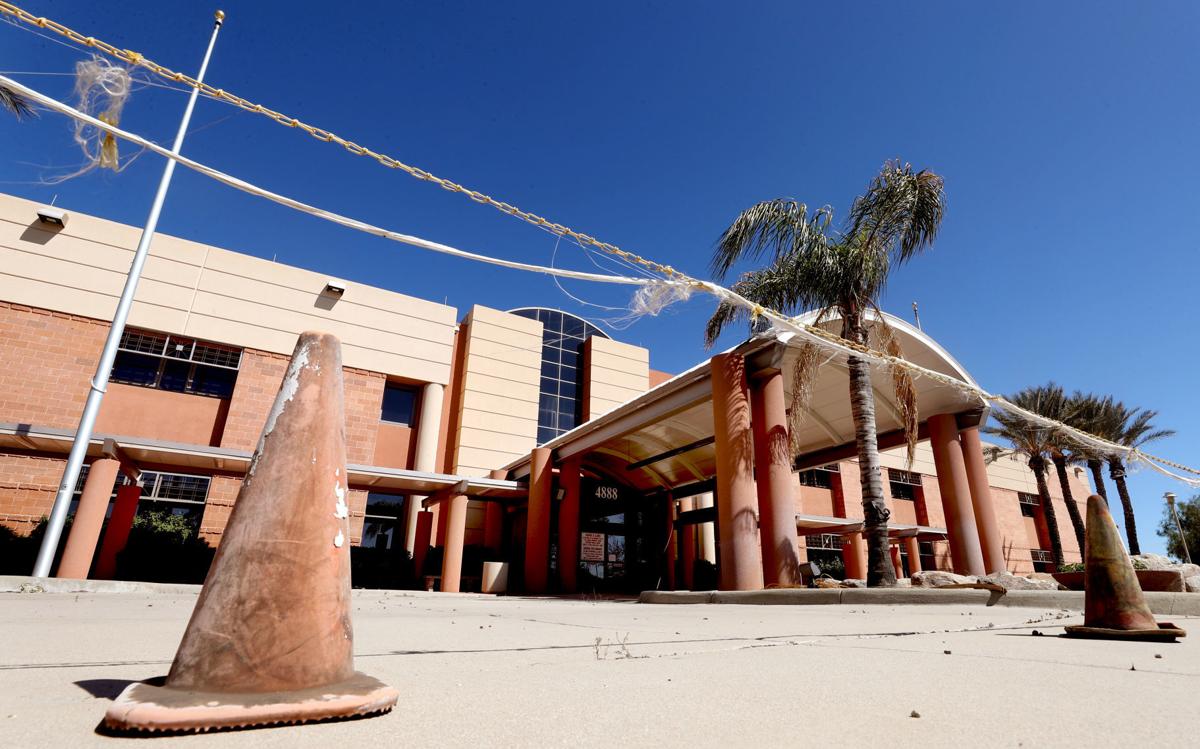 Faded cones and fraying rope block off the entrance to the former Tucson Heart Hospital, which has been empty for years. 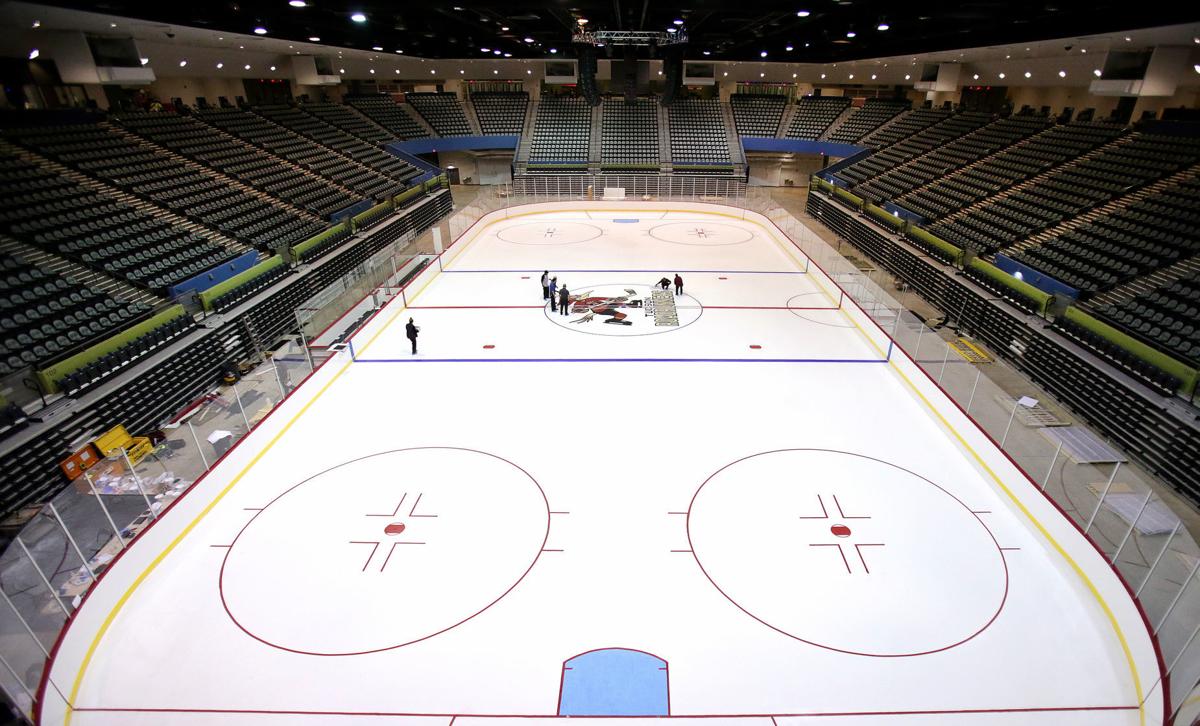 Tucson Convention Center was evaluated by the Army Corps of Engineers last week as a possible care site for virus victims.

Representatives from the Army Corps of Engineers were in Tucson last Friday to evaluate two locations that could potentially be used as alternate care facilities should the state see an extreme surge of hospitalizations as a result of the coronavirus.

Mechanical, electric and environmental engineers were among the officials who looked at the Tucson Convention Center and vacant Tucson Heart Hospital, evaluating everything from their roofs to air-conditioning systems to mechanical rooms.

The tours were done to assess the “highest level of care the facilities could support,” according to Dave Palmer, a spokesman for the Army Corps of Engineers, who said he could not reveal specifics of reports that were completed this week and sent to state and federal partners.

“We just assessed what this situation was,” Palmer said. “Those final decisions of what a facility can be used for — or will be used for — will be made at the state and federal level.”

State officials have tasked the Corps with traveling across Arizona to look at sites that could potentially serve as alternate care facilities in an effort to help offset what they’ve described as a shortage of “thousands of beds” in a worst-case pandemic scenario.

It’s up to the state to decide whether to use the facilities for COVID-19 patients, or to just ease the burden of normal daily hospital patients, Palmer said.

The Corps has looked at more than a dozen sites, including athletic facilities, empty hospitals and community centers in Phoenix, Tucson, Flagstaff and the Navajo Nation.

On Thursday, Gov. Doug Ducey announced the reopening of the vacant St. Luke’s Hospital in Phoenix to add 339 ICU beds, adding that officials are “finalizing an assessment of options to add additional hospital bed capacity in Pima and Coconino Counties and other parts of the state, if needed.”

Earlier this week, Dr. Cara Christ, the director of the state’s health department, reiterated that the department is looking to add 13,000 additional beds across Arizona, including 1,500 ICU beds.

Christ also said the state has initiated “scope-of-work requests” for other potential field hospitals, including one location in Southern Arizona that would provide 800-1,000 beds, but she did not provide any other specific details.

A representative from the state health department did not immediately respond to a request for comment on a time frame for when a decision will be made on any future alternative care facilities.

It remains unclear whether that refers to the Tucson Convention Center, which is downtown, or the Tucson Heart Hospital, which was vacated more than a half-decade ago at its location near North Stone Avenue and West River Road.

The TCC, which is owned by the Rio Nuevo downtown redevelopment district and leased by the city, has postponed more than 60 events, including hockey and indoor football games, as a result of the coronavirus.

Andrew Squire, a spokesman for the city, said the city is working with the Army Corps of Engineers and other government partners “to show them anything they want to see.”

“We’ll be more than willing to work with them as this moves forward and the need presents itself,” he said.

The Carondelet Health Network moved its Heart & Vascular Institute from the Tucson Heart Hospital to the west-side St. Mary’s Hospital after saying in 2012 the institute was not “financially sustainable” at the site and was outgrowing the facility.

A spokesman for Tenet Healthcare, which jointly owns Carondelet with Dignity Health and Ascension, said he had no information and that he isn’t sure if the company still owns the vacant hospital.

Bird said they took their efforts to "discourage non-critical mobility" and "to help flatten the COVID-19 curve."

Three bear cubs that were rescued last year after their mother was struck and killed by a car were released back into the wild last week.

Southern Arizona mayors and a Pima County supervisor released a public service announcement urging the public not to congregate at public parks during upcoming celebrations.

Small firms in Rio Nuevo district must apply by Friday.

Faded cones and fraying rope block off the entrance to the former Tucson Heart Hospital, which has been empty for years.

Tucson Convention Center was evaluated by the Army Corps of Engineers last week as a possible care site for virus victims.