At about 12:10 p.m., Tucson fire crews initially reported smoke and water coming from the door of a second-floor unit at 2475 N. Haskell Drive, near Alvernon Way and Grant Road.

After entering the apartment, crews found two sprinkler heads put out a “bulk” of the fire, according to Joshua Housman, a department spokesman.

Crews then used a fire extinguisher to control the remaining flames at about 12:20 p.m.

The resident was not home and there were no reported injuries, Housman said.

Officials called Red Cross to the scene, but the number of residents displaced was not released.

"With multiple points of origin found within the apartment, the fire is being investigated by Tucson Fire and the Tucson Police Department," according to a fire department news release.

The City Council also voted unanimously to take a stance against the Trump administration’s enforcement of Migrant Protection Protocols that were recently expanded to Arizona’s border with Mexico.

PHOENIX — An Arizona cattle rancher wants to ensure that anything sold to Arizonans as “meat” comes from something with at least two legs, if … 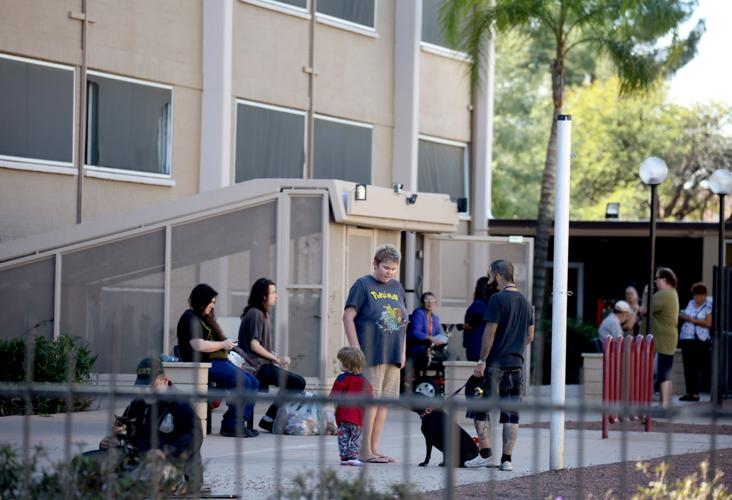 Residents of Catalina Towers at 2475 N. Haskell Drive wait outside their apartment building after they were evacuated on December 05, 2019. 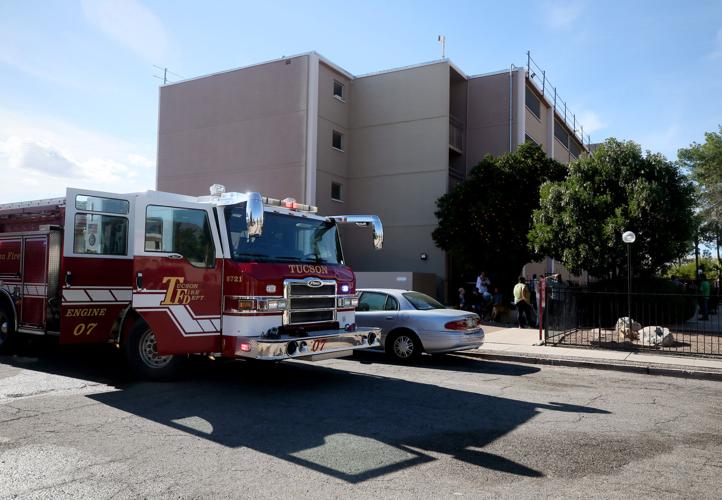 The Tucson Fire Department responded to a fire at the Catalina Towers at 2475 N. Haskell Drive on December 05, 2019.