Arizona “definitely” bears a portion of the blame for the Theranos blood-testing debacle, the author of a new book about the disgraced Silicon Valley startup says.

“The way in which they welcomed Theranos with open arms and did very little vetting of what the Theranos proposition was certainly contributed to putting Arizona patients in harm’s way,” said John Carreyrou, the Wall Street Journal reporter who broke the Theranos story and authored the newly released book, “Bad Blood: Secrets and Lies in a Silicon Valley Startup” (Knopf Publishing Group).

Arizona was “ground zero” for Theranos, as the place where the blood-testing startup rolled out its faulty technology and tested human samples, Carreyrou said.

It sold consumers on the “pin prick,” finger stick blood tests the company was selling through Walgreens stores. The tests were supposed to require a drop or two of blood and no needles. The samples were to then be analyzed by Theranos’ portable technology.

The problem — the blood testing did not work.

Arizona does not bear the main blame, as state officials didn’t know Theranos was defrauding investors and “basically deceiving everyone” with its inaccurate testing methods, Carreyrou said.

Walgreens “completely failed to do its due diligence” before partnering with Theranos, he said. Walgreens, which filed a lawsuit against Theranos that was settled out of court, declined comment through a corporate spokesman on Friday.

Theranos never officially said why it favored Arizona, but the state’s friendliness to startups, entrepreneurship and its “light” regulation of businesses factored into the decision, Carreyrou said.

“When you think about it, Arizona has not just gotten in bed with Theranos. It’s gotten in bed with Silicon Valley generally,” said Carreyrou, citing the example of Uber testing its self-driving cars in Arizona, though after a Tempe pedestrian was killed by one of the vehicles earlier this year the testing was discontinued here.

“If I were an Arizona resident, I’d be shocked at how the state has, even as it’s been so welcoming to these Silicon Valley startups, put in place so few safeguards to protect its consumers and its residents.”

Theranos CEO Elizabeth Holmes visited Arizona in early 2015 to push House Bill 2645, legislation allowing people to get any blood test sold by a licensed lab without needing a doctor’s order. Gov. Doug Ducey signed the bill into law later that year. While Theranos is set to liquidate and will likely cease to exist by fall, HB 2645 remains law in Arizona.

In “Bad Blood,” Carreyrou calls HB 2645 “a bill Theranos had practically written itself and heavily lobbied for.”

The legislation played a role in getting publicity for Theranos and in galvanizing enthusiasm for patients to utilize Phoenix-area Theranos “wellness centers,” Carreyrou said.

The bill, sponsored by state Rep. Heather Carter, a Cave Creek Republican, significantly expanded the existing number of medical tests Arizona patients could get without a doctor’s order.

In its final version, the bill included a caveat that insurance companies do not have to cover the lab tests and that health-care providers are not liable for failure to review or act on the results of a laboratory test they did not request.

The bill passed the House 60-0 and the Senate 26-2, with Sen. Steve Farley, a Tucson Democrat, casting one of the only two “no” votes.

Farley was not impressed with Holmes, whose presence at the Legislature seemed flashy, he said last week.

He recalls watching the young CEO get out of her limousine surrounded by bodyguards, dressed in her trademark black turtleneck that some say was a way to self-style herself like Steve Jobs, the late Apple co-founder.

“It was very dramatic,” Farley said.

To Farley, HB 2645 was about Theranos and its attempt to test an “unproven medical technology” on Arizona residents. One need only look at photos of Ducey signing the bill with Holmes in the background to find proof of the connection, he said.

“It was all about Elizabeth Holmes,” Farley said. “She showed up with her entourage and testified in the hearings all about how important this was to her and her company.”

But Carter says the bill is sound public policy and was not about Theranos.

“The whole notion that they pretty much wrote the whole bill — that is inaccurate,” Carter said last week. “This was legislation and a concept I was already thinking of independent of them. Just like many other businesses sign in support of legislation, that was the situation here.”

The bill expanded on the number of blood tests patients could request on their own — including tests for Vitamin D levels and valley fever, Carter said.

“We just said unilaterally we will be a direct-testing state and we are not by any means the only state that has this,” she said. “And we put extra precautions in place to protect the doctors. That didn’t exist anywhere else.”

Theranos is no longer in the marketplace, but other lab companies such as Sonora Quest Laboratories have been “wildly successful” in embracing the concept of direct lab testing, Carter said.

Consumer demand for medical tests without a doctor’s order has continued to grow since the law went into effect in 2015, said Sonora Quest officials, though they did not give specific numbers. Consumers often use the tests to track their own health and wellness goals, officials said.

“My role as a public policy maker is to speak to public policy, not to opine on the success or failure of any individual business,” she said.

In an emailed statement, Ducey’s office said it’s up to any new business model to prove itself in the market and, if a company breaks the rules, there should be consequences.

“Public health and safety is always a top concern and the law we signed wasn’t about one company, it was a reform that was about expanding patient access,” the statement says.

In April 2017, Theranos agreed to pay $4.6 million in consumer restitution as part of a consent judgment reached with the office of Arizona Attorney General Mark Brnovich.

Theranos and Holmes recently settled charges of “massive fraud” by the U.S. Security and Exchange Commission. As part of the settlement, Holmes is banned from being an officer or director in a public company for 10 years.

Holmes and former Theranos President Sunny Balwani are also under criminal investigation by the U.S. attorney in San Francisco.

Multiple media outlets have reported Carreyrou’s book is being made into a movie starring Jennifer Lawrence as Holmes, who was 19 when she dropped out of Stanford to start the company. She is now 34.

Carreyrou doesn’t think Holmes set out to defraud investors or put people in harm’s way when she started Theranos. But that had changed by 2013, he said.

“When you see the enormous gaps between her promises and where the technology was, there’s no way she didn’t know she was committing wrongdoing,” he said.

Theranos did not respond to the Star’s request for comment.

The company did issue a press release disputing a recent “60 Minutes” report based on Carreyrou’s research, calling the report “misleading and incomplete.”

If you go: Author in Tempe Monday

John Carreyrou, author of the newly released book "Bad Blood: Secrets and Lies in a Silicon Valley Startup," will be at the Changing Hands book store, 6429 S. McClintock Drive in Tempe, at 7 p.m. Monday, June 4.

Last year Attorney General Mark Brnovich got the company to enter into a consent decree to refund more than $4.6 million to Arizonans who got the tests.

Theranos to pay $4.6M to Arizonans over blood tests that may have been inaccurate

The refunds are the last step in ending a consumer fraud lawsuit.

Political Notebook: Uber could be Arizona's next tech embarrassment

Like Theranos before it, Uber may have insurmountable obstacles to success —and more.

Legislature, governor offered taxpayers as a source of capital to now-defunct blood-test firm.

Steller: Southern Arizonan, for once, a statewide power player

Arizona pulls back from imposing time limits on AHCCCS enrollment

Cost of health services were said to be the single largest barrier when it came to seeking care. 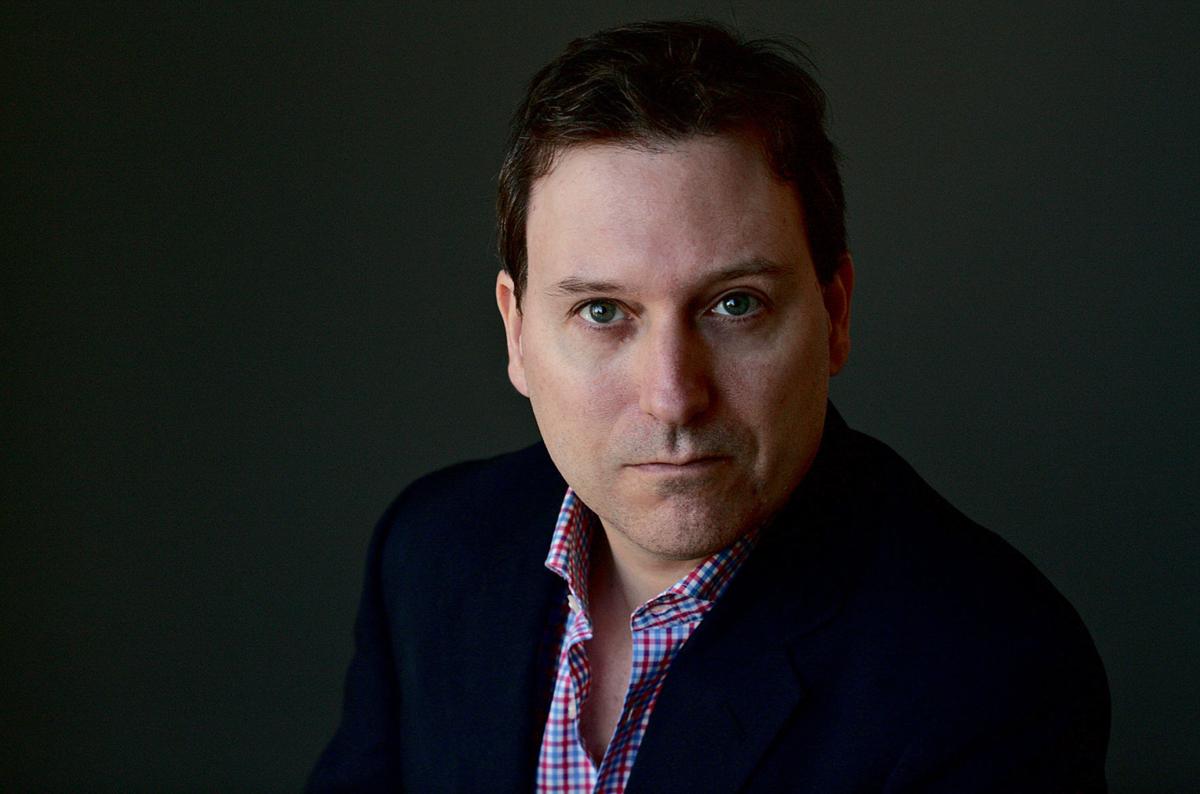 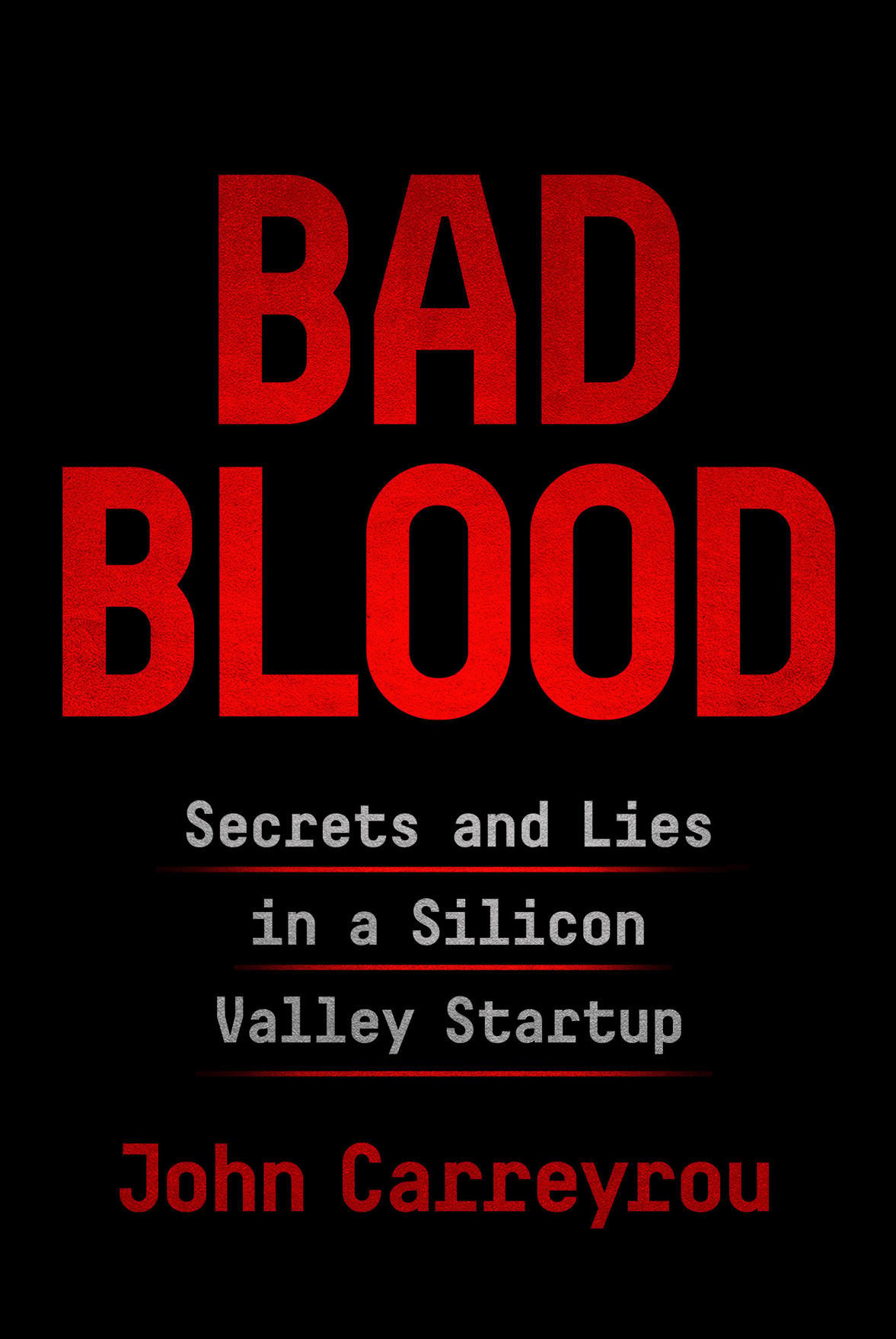