Marcia Sturdivant noticed something right away when she started heading up Allegheny County, Pa.’s child welfare office in 1996.

Most of the children coming into custody of the Office of Children, Youth and Families were African American, a demographic that comprised less than one-fifth of the county’s population.

“It was very glaring to me,” said Sturdivant, who was the office’s deputy director until 2013.

The stark racial disparities worsened the already tense dynamic between families and child welfare workers investigating them, she said.

“People were very fearful, particularly African Americans, and not trusting of the system,” Sturdivant said. “There were very high rates of removal and sort of a punitive approach to services. And there weren’t any helpers that looked like the people who were served.”

Since then, Allegheny County has undertaken a multi-pronged approached to addressing overrepresentation of minorities in the child welfare system. County officials learned from early initiatives, like boosting minority representation among child welfare staff, that failed to show measurable results. And recent statistics indicate the agency’s more recent data-driven, awareness-based approach is bearing fruit.

Racial disproportionality in child welfare is by no means unique to Allegheny County. Across the country, minority children, particularly black and Native American kids, are overrepresented in the child welfare system relative to their population.

Addressing the issue is a challenge, in part because its causes are complex: Some point to disparities between how often white and minority children are referred to child welfare agencies for suspected abuse and neglect, as well as “implicit” or unconscious bias that affects caseworkers’ decision-making at different points within the child welfare system.

And research into the factors contributing to disproportionality has produced mixed conclusions. The National Incidence Study of Child Abuse and Neglect — a series of studies conducted once a decade since the 1970s — reversed its earlier findings when, in 2010, it concluded black children actually experience abuse at a higher rate than white children. The study authors suggested the new finding could be due to better precision in the study compared to earlier research, as well as the growing gap between black and white children living in poverty, a major predictor of abuse and neglect.

Today’s Allegheny County child welfare agency is focused on tracking data and educating caseworkers and the juvenile court about structural biases within the child welfare system, and about their own implicit biases.

Tackling disproportionality is not at all about calling out individuals as racist, but rather recognizing and fixing the biases built into the work environment, said Walter Smith, deputy director for Allegheny County’s child welfare agency.

“Changing systemic bias is a lot trickier and a lot more complex than if all we had to do was find the (biased) people and get rid of them,” Smith said.

In 2014 the agency hired a national consultant, Joyce James, a long-time veteran of the Texas child welfare system, who focuses on transforming systems through data and in-depth training on racial equity principles.

She shared her findings with local stakeholders — child welfare workers, neighborhood service providers, families served by CYF — and used their input to formulate a strategic plan. She then trained agency staff and leadership, encouraging them to examine how their assumptions or their training could affect decision-making and inadvertently contribute to the problem.

“These are well-meaning and well-intentioned people who, in absence of understanding racism, are not conscious of ways we sustain and perpetuate racism,” James said.

For example, caseworkers may have been trained, or may have assumed, that they face a higher level of danger going into low-income, minority neighborhoods. Superiors may have warned them not to go alone or not to wear jewelry there. Those warnings could subconsciously cause workers to perceive a higher level of danger in a household or to cut their investigation short, she said. That could mean removing a child, rather than pressing for alternatives that could keep the family together.

The next step will be to look at racial disparity data specific to regional child welfare offices and to develop specific strategies for those offices based on the results.

Awareness and attention is powerful, much like how families on a budget can save money by tracking every penny they spend, and dieters can lose weight by tracking their calorie consumption, said Smith, of Allegheny County’s child welfare agency.

“If we track this through data and we give our good people good information — the fact that our decision-making is biased — then good people will begin to self-correct,” Smith said.

This long-awaited Mexican restaurant has opened its doors in Marana

For Star subscribers: In the works since last April, Guadalajara's Mexican restaurant is open in Marana, serving its classic dishes.

For Star subscribers: This 410-unit apartment complex built on Tucson's east side in the 1970s has sold for $65.5 million.

Staffing shortages and restricted communication with hospital administration have put patients at risk, nurses said at a protest Thursday.

Tucson police were searching for a driver who fled after fatally hitting a woman in a wheelchair who was crossing a midtown street.

David Berkman is seeking access to records related to the civil suit involving Louis Taylor, who served 42 years in prison in the the deadly fire at Tucson's Pioneer Hotel in 1970. 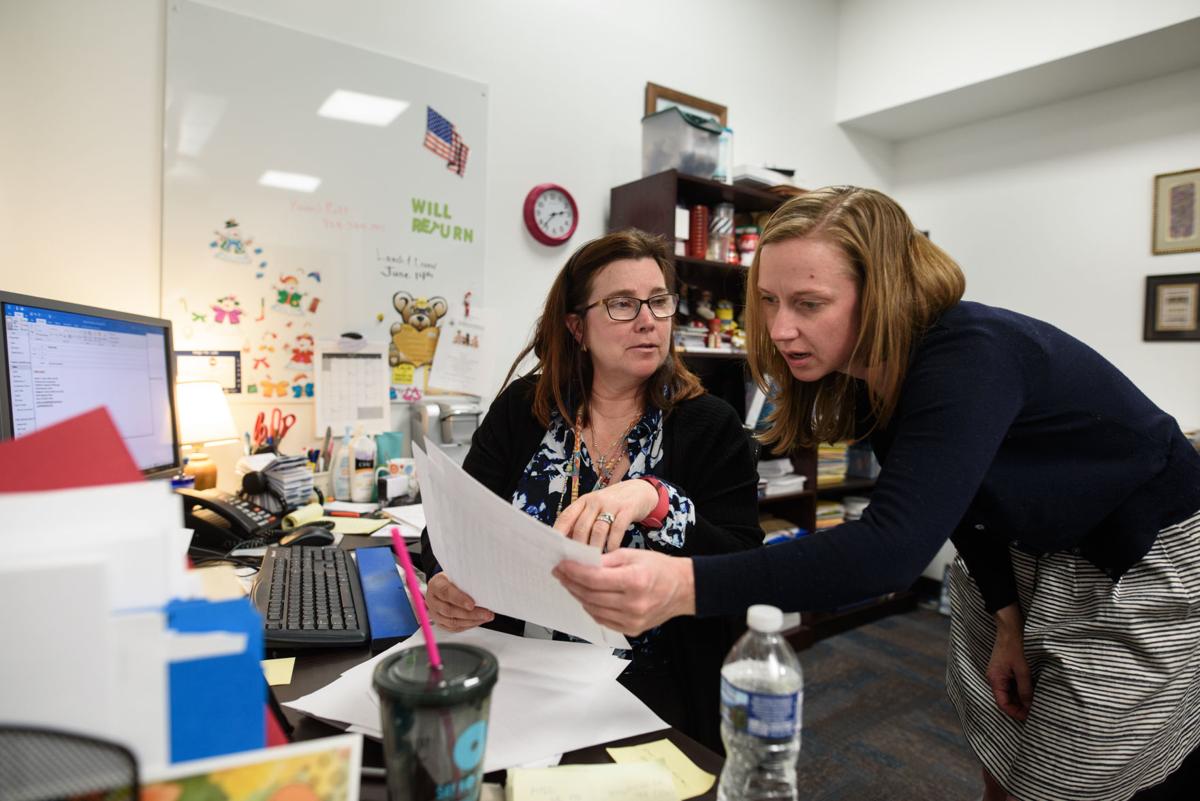 The Office of Children, Youth and Families is trying to address a high rate of removal of African-American children from their homes in Pennsylvania’s Allegheny County. 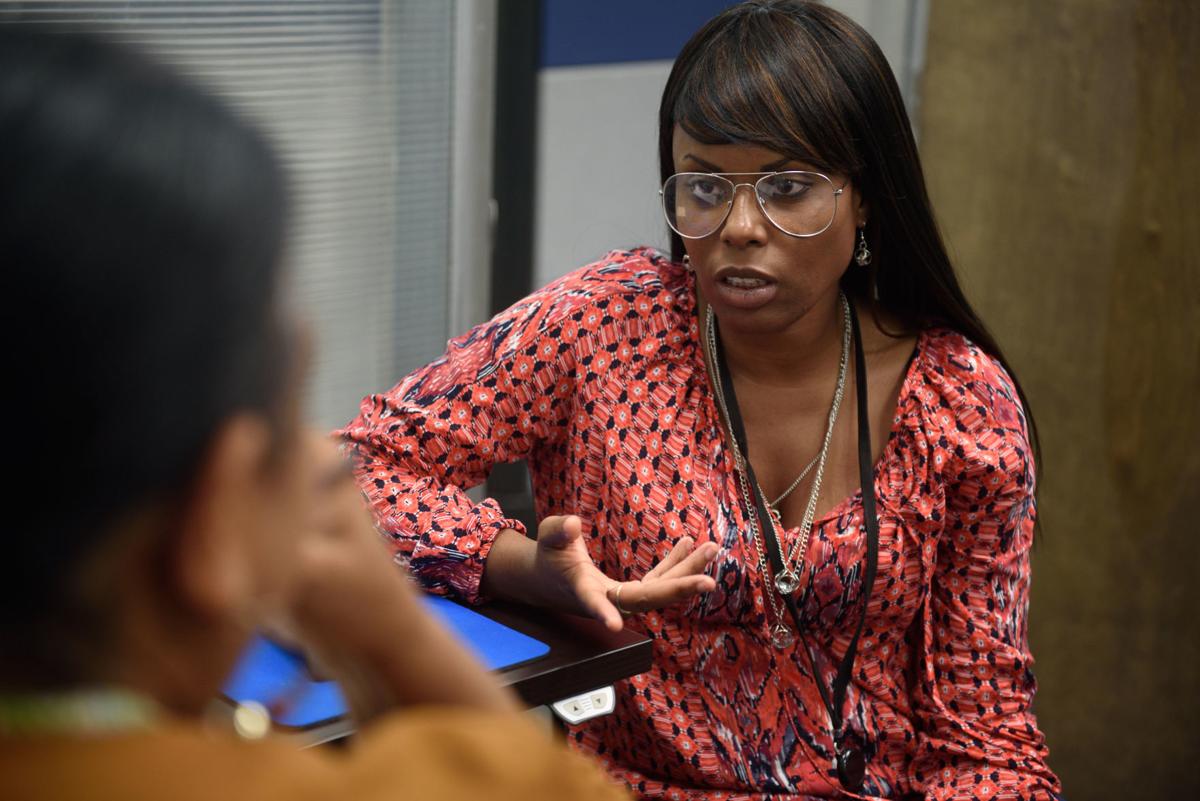 Workers in the Allegheny County office are encouraged to examine how their assumptions can lead to disparities in how often white and minority children are referred to authorities for suspected abuse and neglect. Above, caseworker Deanna Harris.