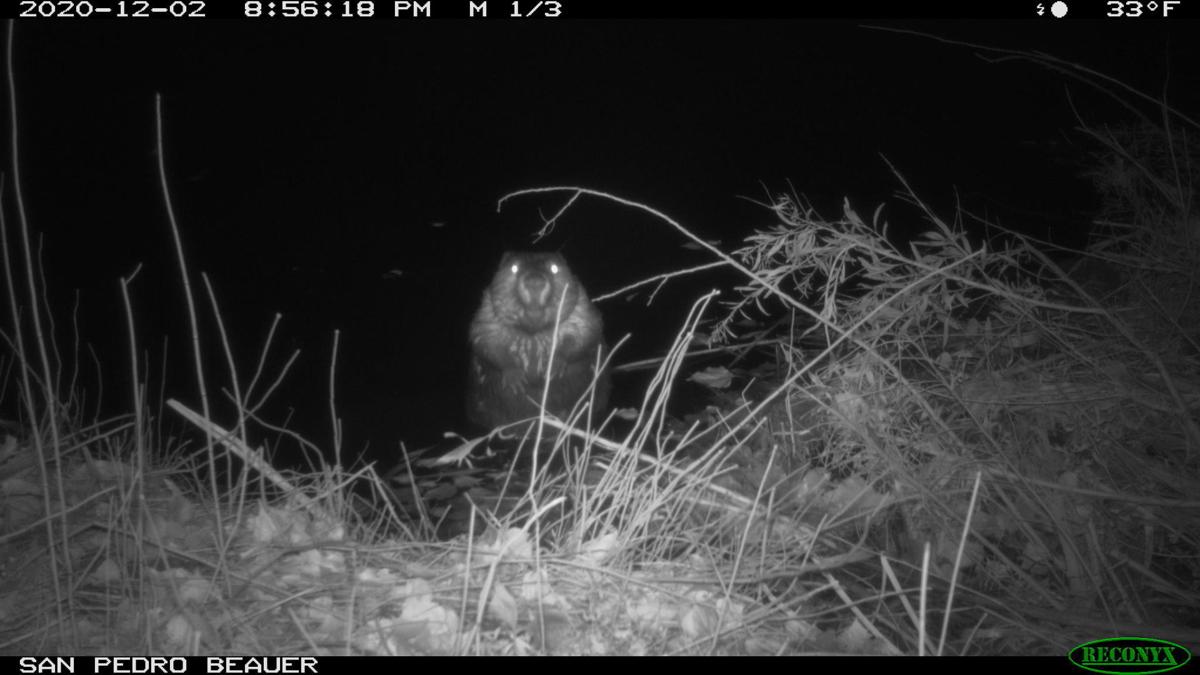 A beaver pops up on a wildlife camera set up on the San Pedro River in December by Mike Foster and Steve Merkley. 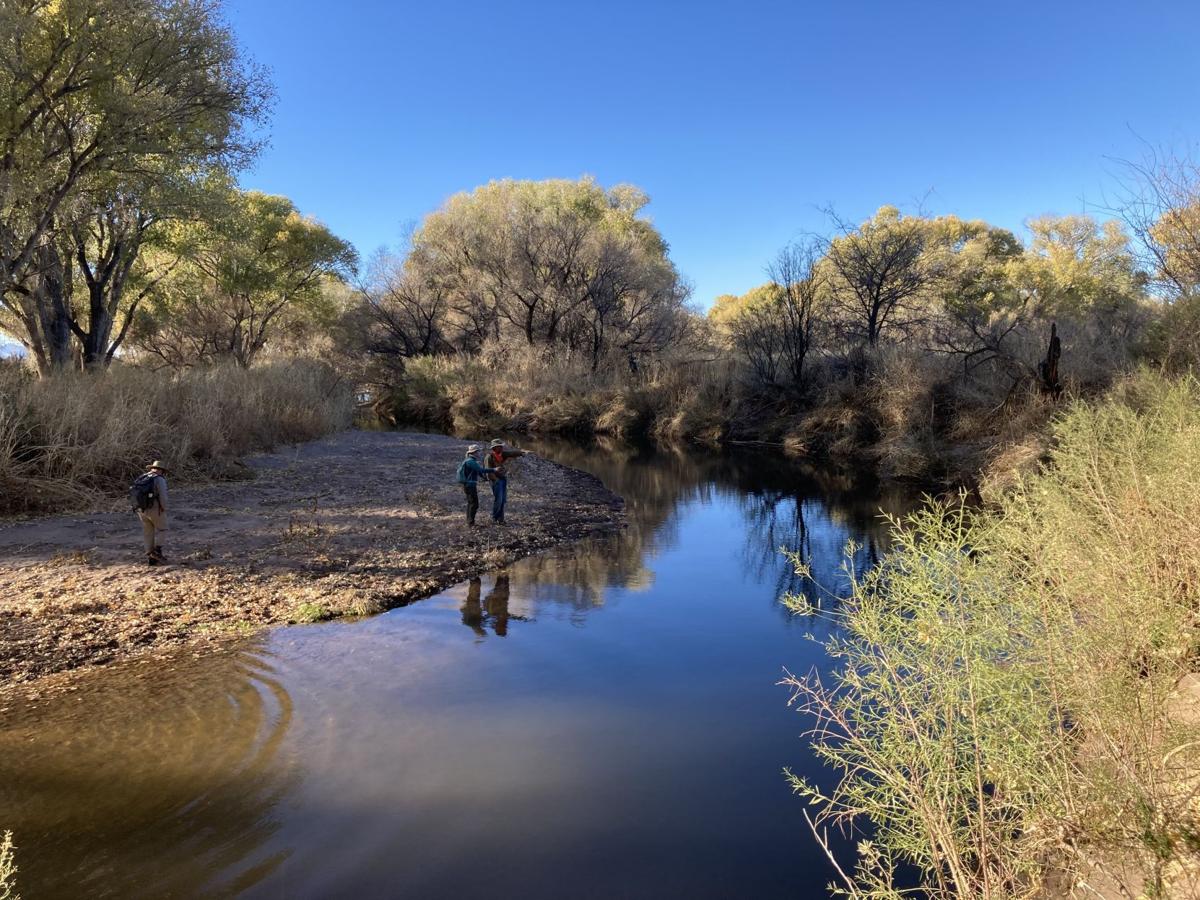 Volunteers look for signs of beaver activity during a population survey at the San Pedro Riparian National Conservation Area in December. 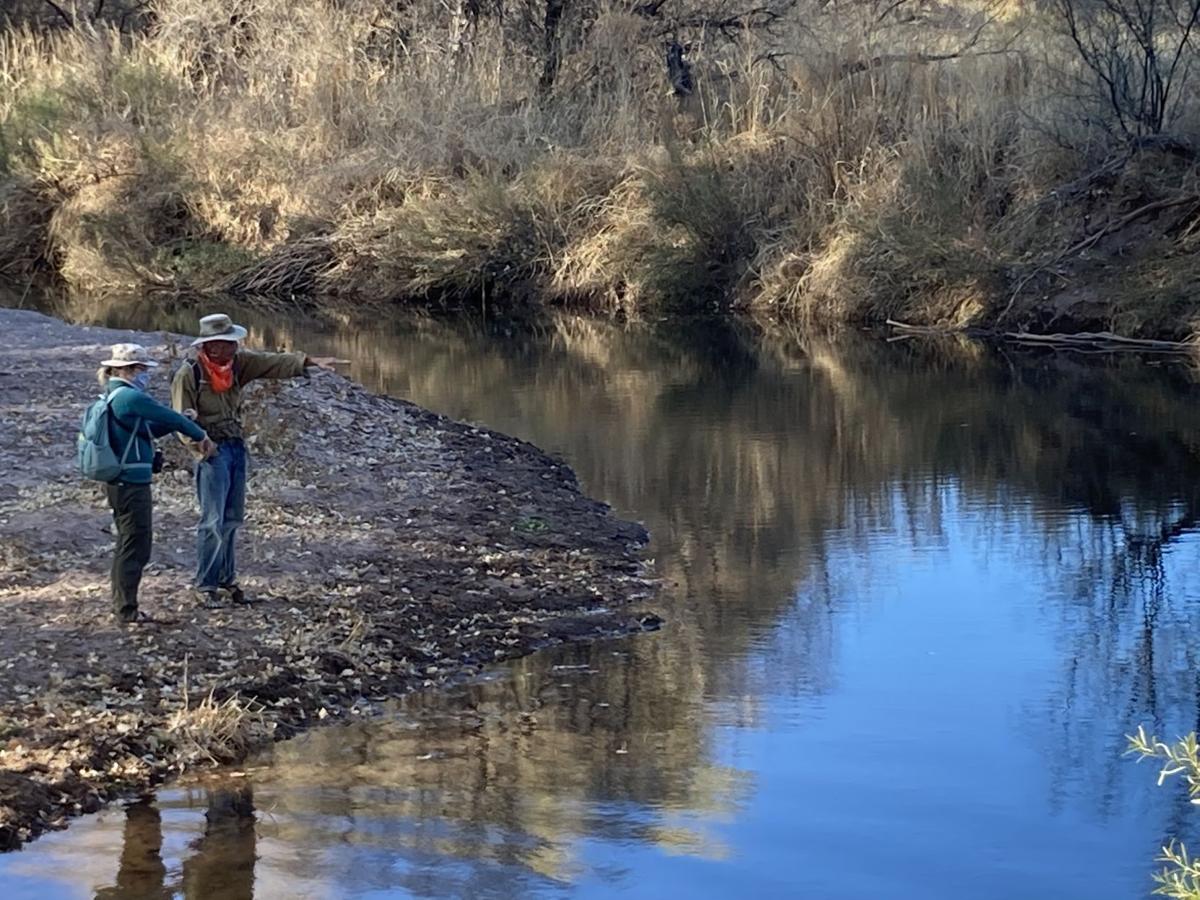 Plans are in the works to make the beaver population survey an annual event and to expand it to get more “community scientists” out on as much of the river as possible. 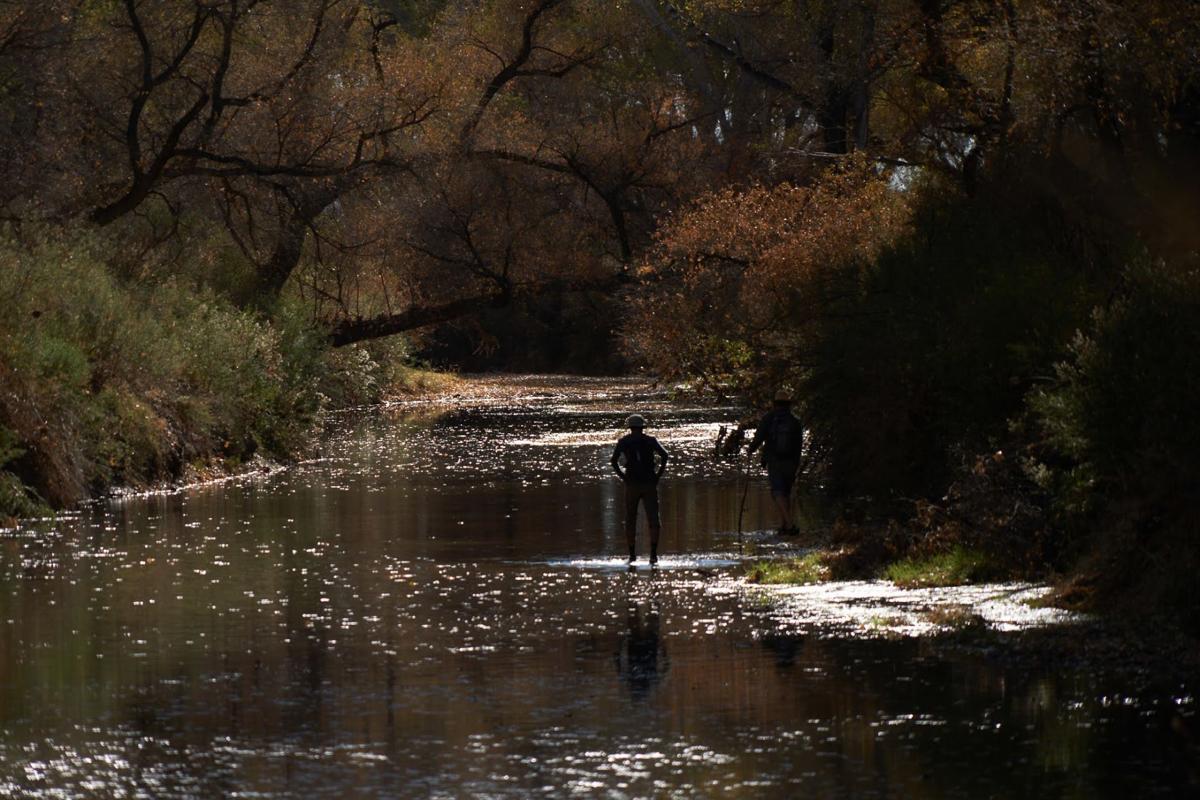 The San Pedro’s native beaver population was lost over a century ago. About 15 of the animals were released back into the river starting in 1999, followed by another population crash. 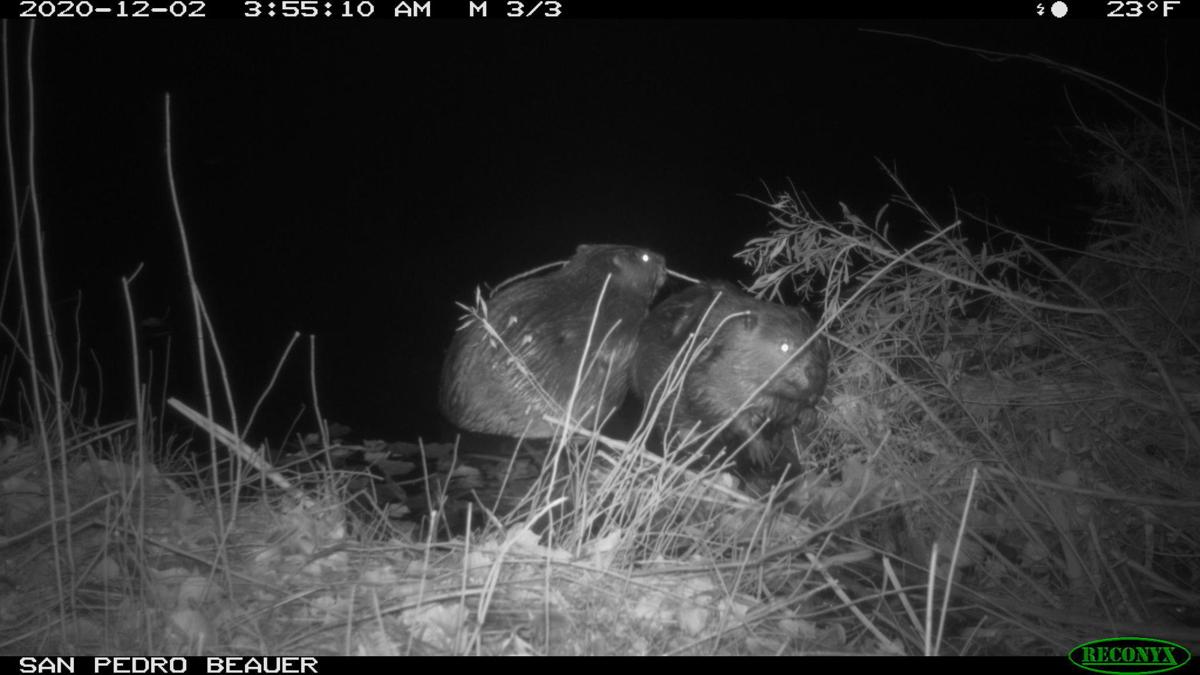 Two beavers interact on the bank of the San Pedro River in December in an image captured by a wildlife camera set up by Mike Foster and Steve Merkley.

If you picked the Beavers in your bracket, you can probably forget about winning your office basketball pool.

But if you’re betting on the beavers along the San Pedro River, you’re still in luck.

A Tucson-based environmental group says the dam-building rodents are doing better than previously thought on the federally protected river southeast of Tucson, where they were reintroduced 20 years ago after being wiped out in the early 20th century.

At least 15 beavers are now thought to be living within the San Pedro Riparian National Conservation Area itself, up from about 12 the year before, according to a population survey conducted in December by the nonprofit Watershed Management Group.

That might not sound like much, especially on a stretch of river that extends for more than 40 miles. But it’s an encouraging trend, considering no beaver dams were recorded anywhere in the conservation area just a few years ago, said Lisa Shipek, executive director of Watershed Management Group.

“It’s pretty clear that the beavers are out there,” she said.

In the 1800s, the animals were so abundant that fur traders referred to the San Pedro as Beaver River. But experts believe the last of the river’s native beavers was killed by trappers a little over a century ago.

Starting in 1999, state and federal wildlife officials released about 15 of the animals back into the conservation area in hopes that their dams would help restore the natural ecosystem by slowing the river’s flow, curbing erosion, increasing water storage and creating new wetland habitat.

The experiment seemed to work. Within a few years, there were new beaver dams up and down the San Pedro, creating mile-long ponds where there used to be a shallow creek. Estimates at the time suggest the population peaked at about 150 animals, with dams numbering close to 100.

Then came a crash that experts still can’t definitively explain. Beaver sightings became so rare on the river that some feared a second extinction was imminent.

She said sightings upstream in Mexico suggest there could be 40-50 beavers making their home on the San Pedro south of the border. Those animals are thought to be descendants of the ones that were released into the conservation area 20 years ago, she said, mainly because there is nowhere else they could have come from.

Shipek said the same thing appears to be happening on the Santa Cruz River, where one or two individuals have been spotted in recent years, mostly on the Mexican side of the border.

“Beavers are quite resilient,” she said. “Despite predators and hunting, they have still managed to thrive.”

The findings have convinced Watershed Management Group to increase its beaver monitoring, advocacy and habitat restoration work along the two international rivers.

As part of that effort, Shipek said plans are in the works to make the population survey an annual event and to expand it to get more of what she called “community scientists” out on as much of the river as possible.

“This is our first take at collecting this data, and we’re hoping to do something a little more robust in the future,” she said.

To support their work, they are hosting a virtual fundraising party on Wednesday, April 7, which is International Beaver Day (seriously, you can look it up).

Filmmaker and naturalist Mike Foster is thrilled by the group’s growing push to help the beaver.

He spent about a decade regularly hiking along the San Pedro River channel, usually with a video camera to film what he saw. He also collected beaver data as a volunteer for the Bureau of Land Management, which manages the conservation area.

For a time, it seemed like he was all by himself out there looking for beavers, so he’s happy to have some help.

With more people involved, Foster said, a survey of the entire conservation area — from the U.S.-Mexico border almost to the community of St. David — can be completed in a month or less. When he was doing it alone, one river section at a time, it used to take him three months or more to cover the entire thing.

The shorter time frame produces a more accurate snapshot of the beaver population, he said.

“Watershed Management helping with it is huge for me, and it brings more attention to the beaver,” he said. “It means more eyes on the river and more attention all around.”

Like Shipek, Foster is encouraged by the upward trend in the beaver numbers. He thinks the wildlife managers could help things along by supplementing the population with another release.

No such reintroductions are currently planned, though wildlife officials are studying whether to introduce beavers into Las Cienegas National Conservation Area near Sonoita.

BLM spokeswoman June Lowery said an environmental assessment of the proposed release is still underway, but it’s unclear when the document will be released for public review.

The beavers on the San Pedro could also use some help from Mother Nature.

Foster said the river is now “substantially dry” for parts of the year, which is bad news for aquatic rodents. He has seen them sheltering in muddy, stagnant pools not much larger than a puddle.

“One of the things the beavers are up against is just plain drought,” he said, a situation made worse by nearby groundwater pumping and human-caused climate disruption around the globe.

As far as Shipek is concerned, that’s all the more reason to bring back what she called one of our region’s “keystone species.”

“We haven’t really had beavers on our rivers for the last 50 to 100 years,” she said, “so we don’t really know what our rivers should look like.” 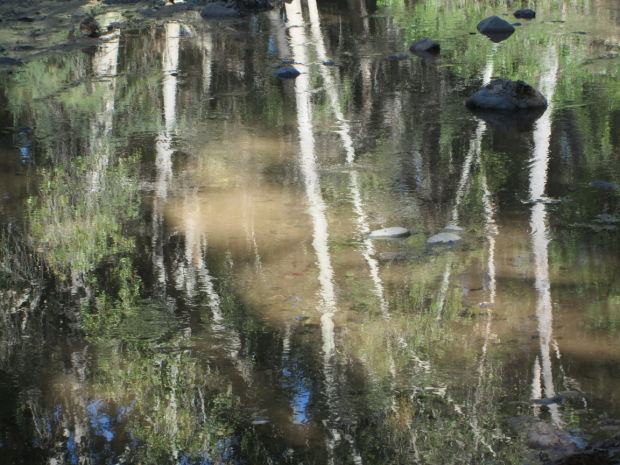 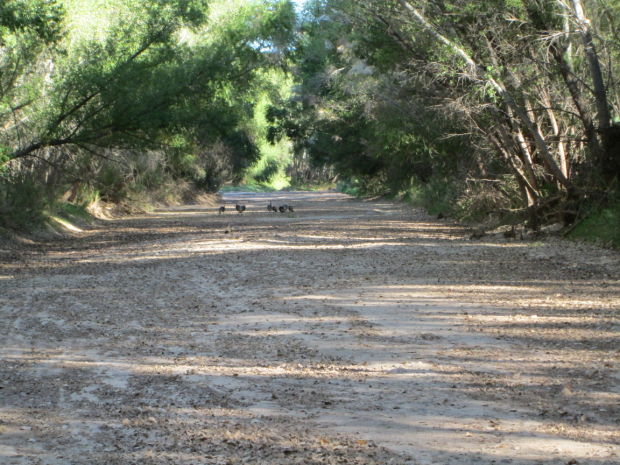 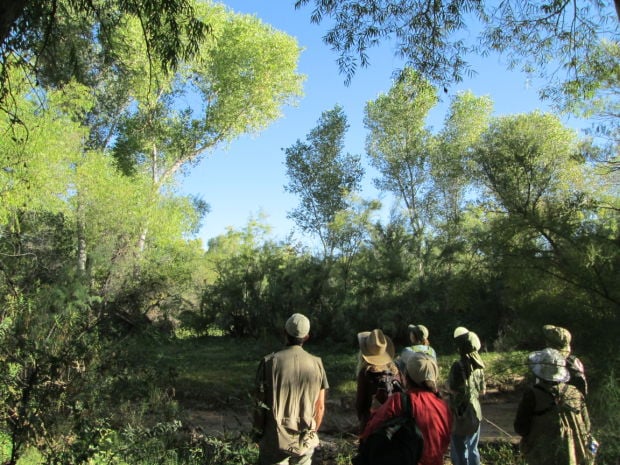 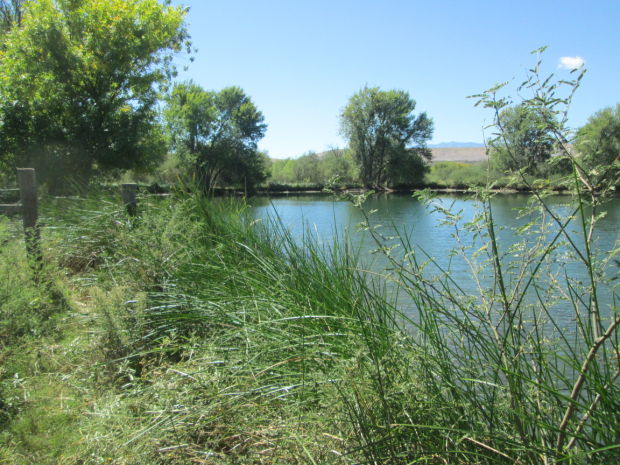 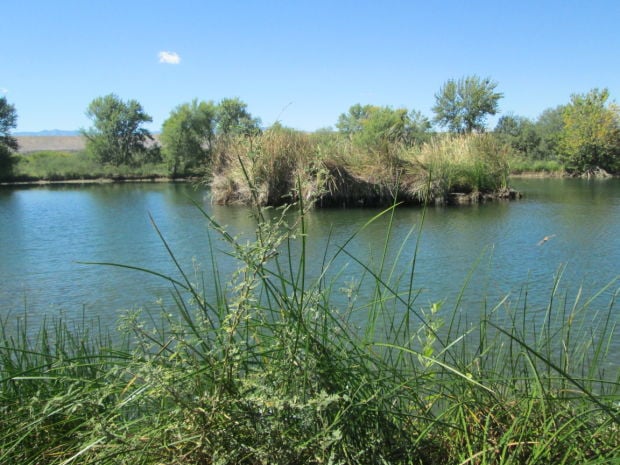 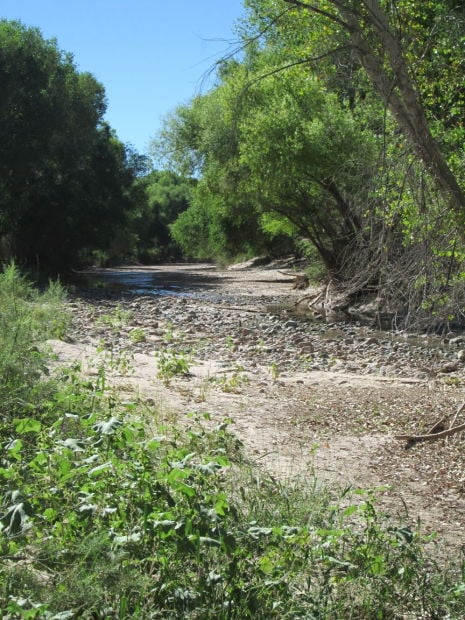 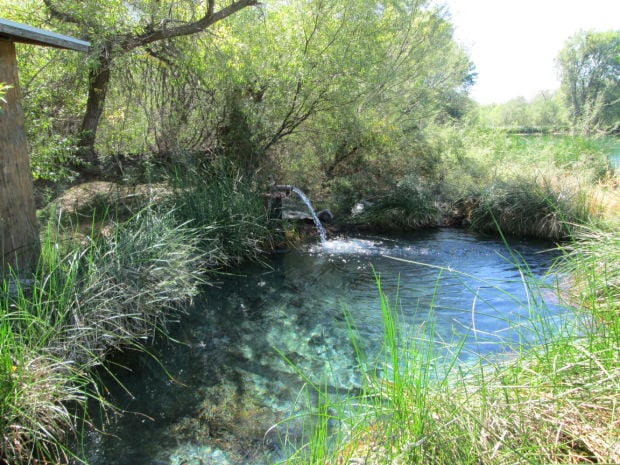 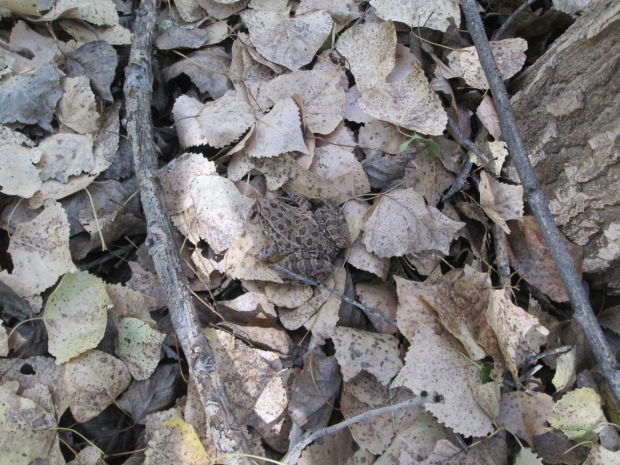 Photos: Bird haven awaits in rarely-seen land owned by mine

Along the lower San Pedro River, the opening note is the raspy call of the Bewick’s wren, followed by the whistle of the lesser goldfinch. A Gila woodpecker emits a piercing shriek. A song sparrow chips from high above.

In celebration of International Beaver Day, Watershed Management Group will hold a virtual Beavers & Brews Binational Bash from 6 to 8 p.m. Wednesday to raise money for its riparian restoration work in Southern Arizona.

The event will feature beaver experts from both sides of the border, including Allison Kreis of the Arizona-Sonora Desert Museum.

To register or find out more, go to Watershedmg.org/Bash.

Canary Islands: Lava flows engulf houses on their way to the sea

Canary Islands: Lava flows engulf houses on their way to the sea

A monsoon storm on Aug. 1st near Hereford, Ariz. washed out trenches across the San Pedro River that were the foundation for a new U.S./Mexico…

Arizona environmentalists have followed through on their threat to sue the federal government over stray cows in the San Pedro Riparian National Conservation Area.

A beaver pops up on a wildlife camera set up on the San Pedro River in December by Mike Foster and Steve Merkley.

Volunteers look for signs of beaver activity during a population survey at the San Pedro Riparian National Conservation Area in December.

Plans are in the works to make the beaver population survey an annual event and to expand it to get more “community scientists” out on as much of the river as possible.

The San Pedro’s native beaver population was lost over a century ago. About 15 of the animals were released back into the river starting in 1999, followed by another population crash.

Two beavers interact on the bank of the San Pedro River in December in an image captured by a wildlife camera set up by Mike Foster and Steve Merkley.