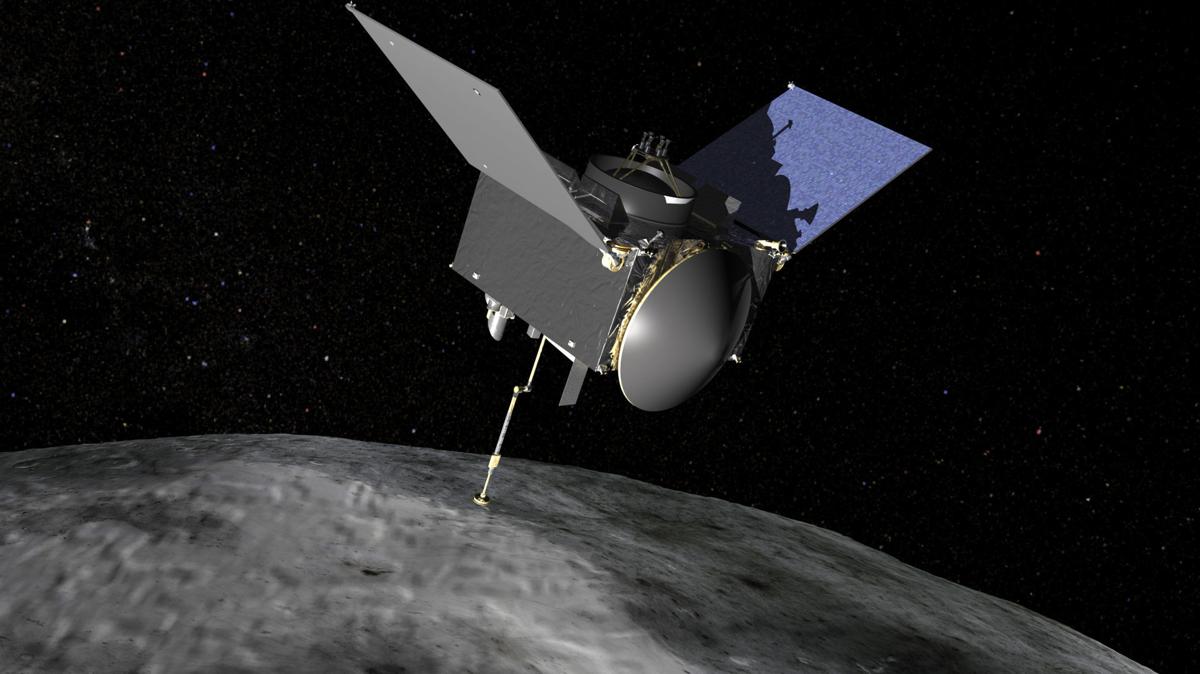 This artist’s conception shows the OSIRIS-REx spacecraft at the asteroid Bennu, where it is to extract a sample. 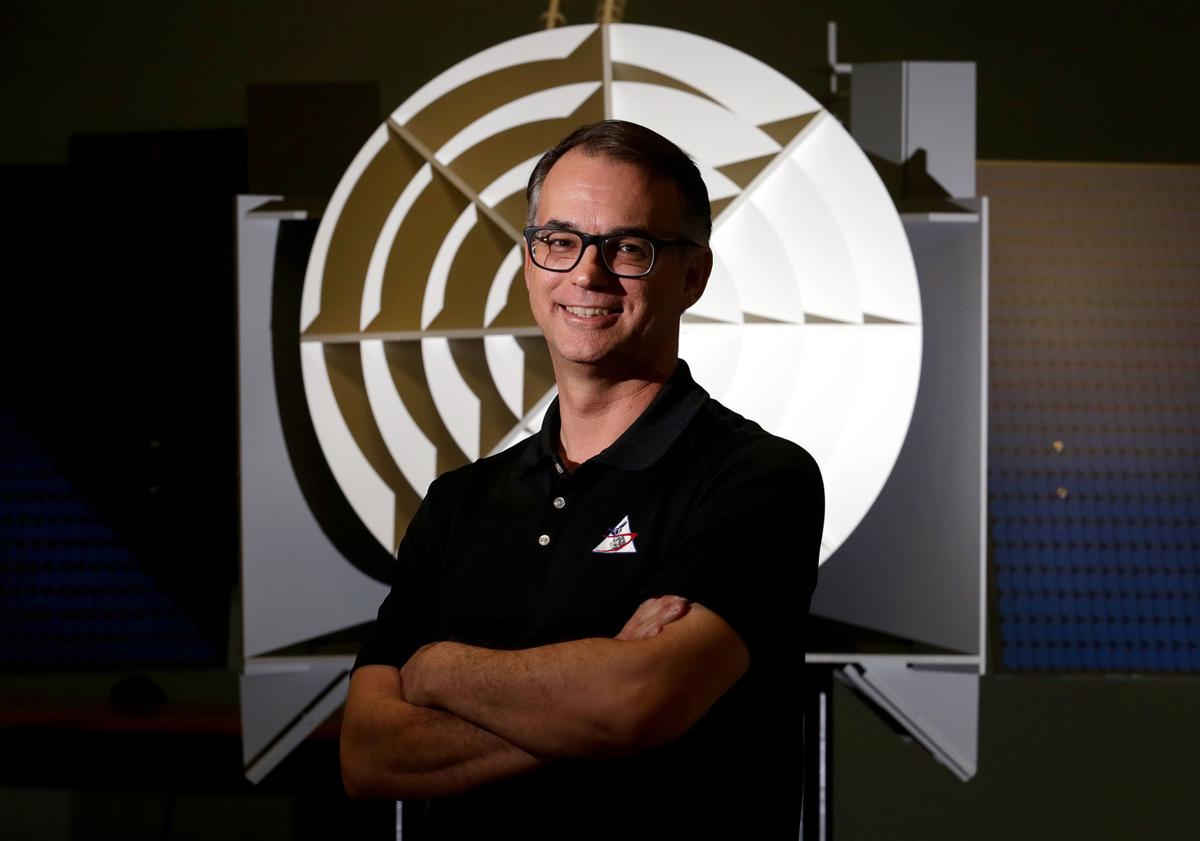 The family-friendly variety show, celebrating through art and science the arrival of NASA’s OSIRIS-REx mission at the asteroid Bennu, will be presented by the University of Arizona College of Humanities on Dec. 1 at 6 p.m. at the downtown Fox Tucson Theatre.

OSIRIS-REx is the first American mission to collect a sample of an asteroid and return it to Earth for study. The UA leads the science team and the mission’s science observation planning and data processing. The spacecraft is expected to arrive at Bennu on Dec. 3 and return with a sample to Earth in 2023.

The first edition of Bennuval! was dreamed up by UA professor Dante Lauretta, principal mission investigator, in 2015, one year before the seven-year OSIRIS-REx mission launched in September 2016 from Cape Canaveral, Florida.

The lineup this year includes tales of mythology explaining how the mission got its name, science mission updates, selections from the UA Poetry Center’s Poetry of Spaceflight exhibit, improv comedy from Unscrewed Theater, music from ChamberLab and a performance by Cirque Roots.

One of his triple majors from the UA was Japanese, which he finds useful when collaborating with members of the Japanese space agency working on the Hayabusa2 sister mission to the asteroid Ryugu. Lauretta was named Alumnus of the Year by the College of Humanities in 2017.

“Humanities are everywhere,” said Helen Bernard, director of external and alumni relations at the UA. “You might think it’s not in science, but we’re all looking for that same answer, whether it’s science or culture, the answer to the question, ‘Why are we here?’”

The spacecraft will spend more than a year orbiting the asteroid in preparation for landing and collecting a 2-ounce sample in July 2020 before heading home.

Once the sample returns, researchers around the world will use it to identify the building blocks of our world, understand the composition of asteroids that could hit Earth and possibly gain insight into the origins of life.

What: The 2nd edition of Bennuval!, a family-friendly variety show celebrating the arrival of the OSIRIS-REx mission to the asteroid Bennu.

Wide-ranging effort to transform school into premiere institution will costs billions over the next decade.

Analysts: Democrats made gains, but Arizona isn't purple yet

Many races won by Democrats were nerve-rackingly close as the ballots were slowly tallied over nearly two weeks ahead of the Dec. 3 statewide canvass that certifies the results.

This artist’s conception shows the OSIRIS-REx spacecraft at the asteroid Bennu, where it is to extract a sample.