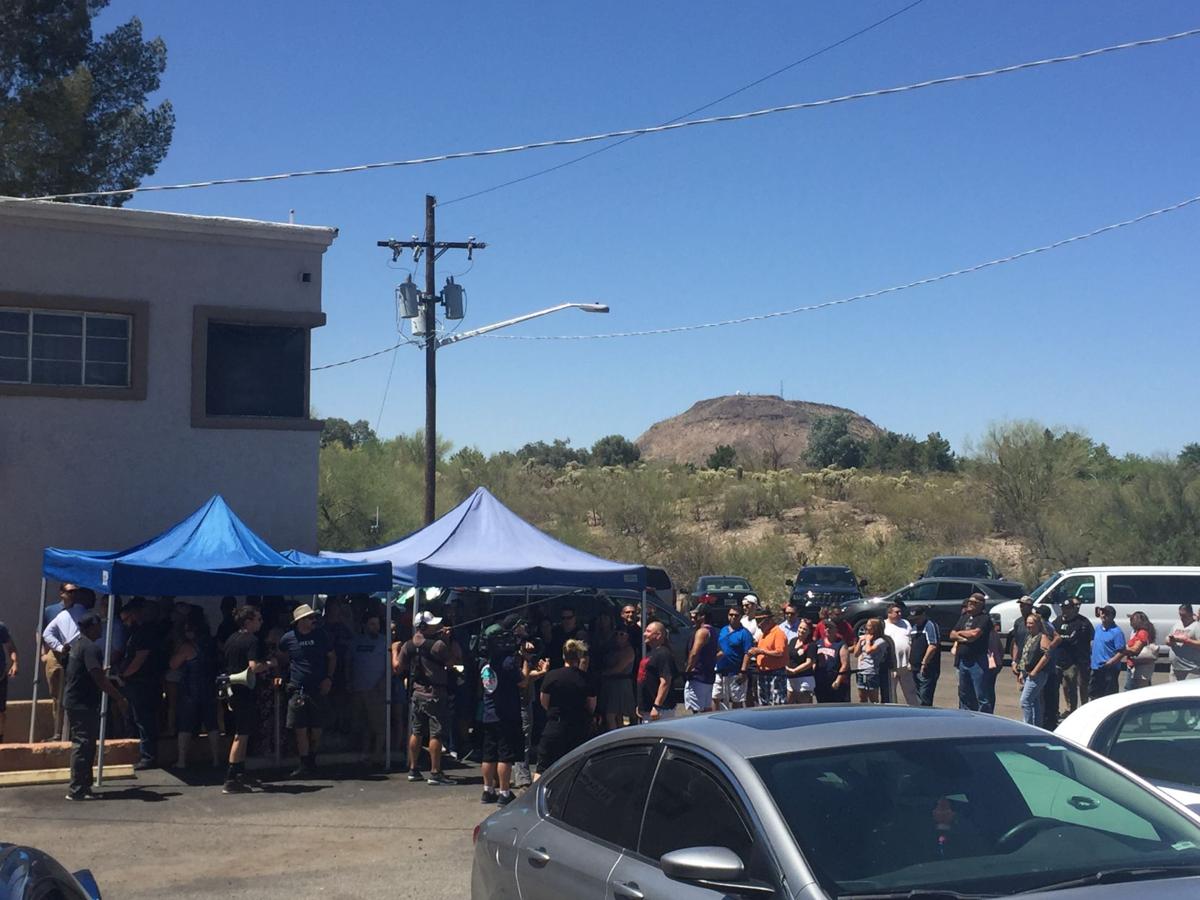 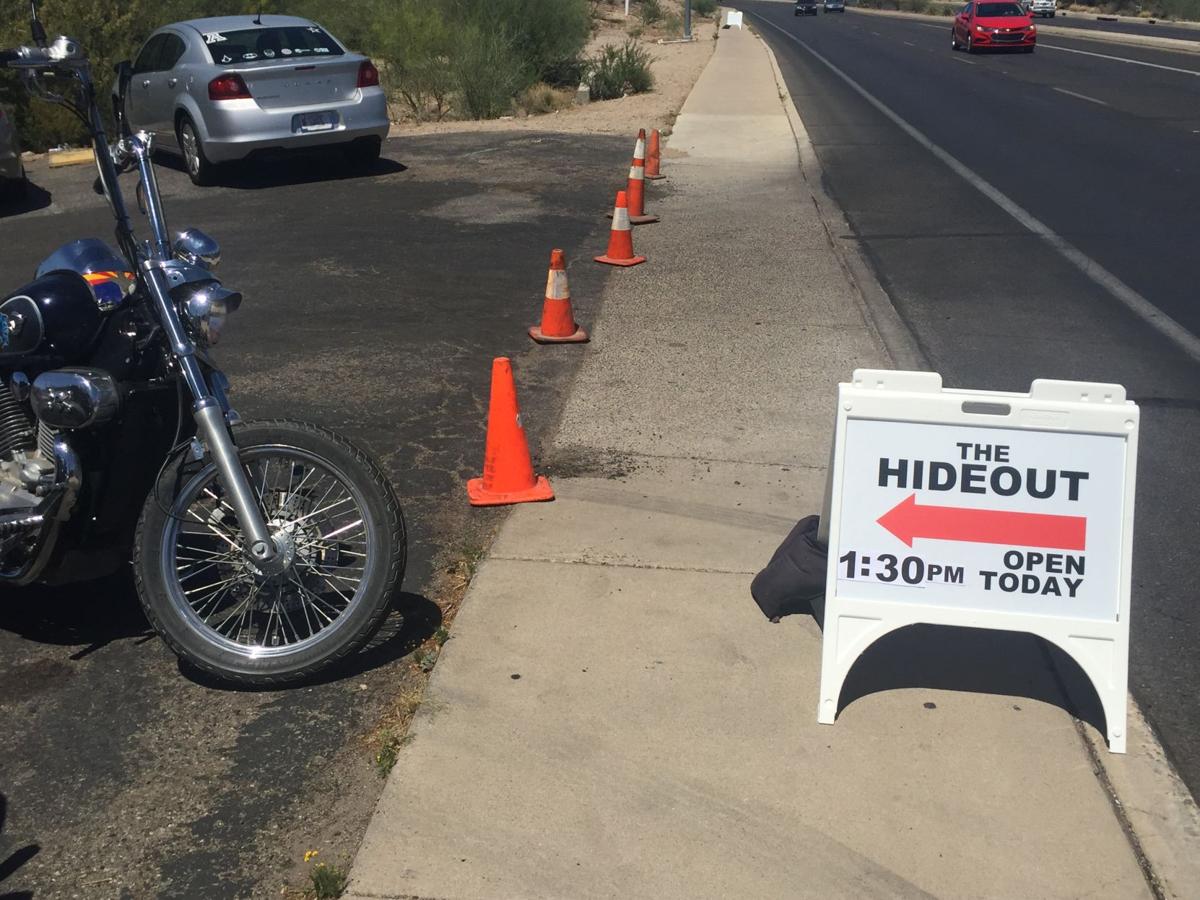 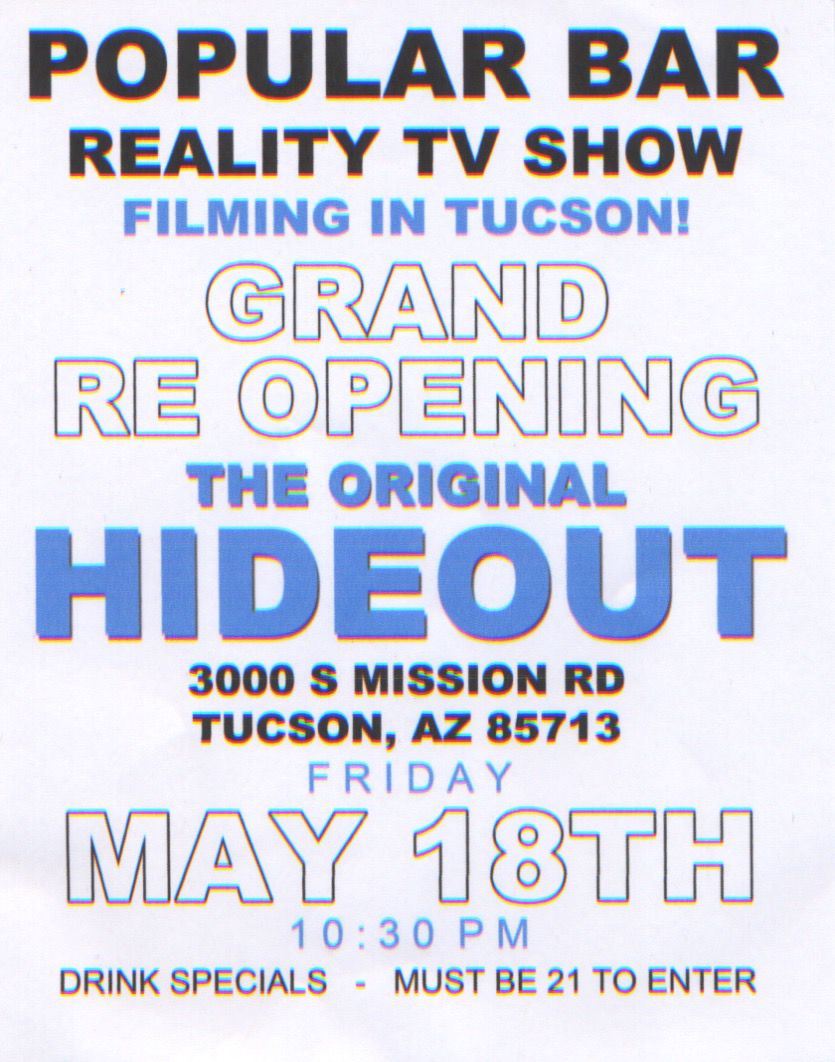 A flyer from Bar Rescue's production crew giving information about the bar's unveiling on Friday night in Tucson.

For the second time this week, those of you in the Old Pueblo will have a chance to be on national television.

Paramount Network's popular reality TV show "Bar Rescue" is filming an episode at the lounge The Original Hideout at 3000 S. Mission Rd., according to the production company's spokesperson.

In a nutshell, the show is a "docu-reality series" that features nightlife expert Jon Taffer as he tries to help rescue bars that are on the brink of going out of business, according to Paramount's website.

The show did a "stress test" on Wednesday afternoon, which is where they pack a restaurant full of people and then see where the bar needs the most help.

About 75 people were lined up at 1:30 to get inside the building.

After the stress test, the bar will go dark for a few days this week while renovations are done before the big unveiling at 10:30 p.m. on Friday night.

Last weekend, the show also filmed an episode at RJ's Replay on East Speedway. The bar, which has since been renamed The Frozen Cactus, had hundreds of people show for the stress test after the show's host Jon Taffer announced it on his twitter account.

So far, neither Taffer, the show or the bar have publicly announced any information about the filming the episode.

Downtown Tucson getting its first arcade bar this summer

Downtown visitors will soon have another way to spend their quarters beyond feeding the parking meters.

The owners of Three Wells Distilling are about to make it easier to sample craft spirits produced across Arizona all in once place.

The woman used company credit cards and checks to pay for expenses that included maid and salon services.

The charge against Douglas Haig centers on armor-piercing cartridges he sold to the gunman.

There’s science behind the ‘yanny or laurel’ debate

The quality of speaker playing the low-quality recording of the audio loop matters too.

Leaders in US teacher-strike movement, like #RedForEd, now focus on elections

It's still too early to tell what kind of effect the movement will have on 2018 races in Arizona.

Trump made the comment at a White House meeting Wednesday with local leaders from California who oppose the state's immigration policies and who applauded his administration's hard-line efforts.

Tucson police hosted a "press conference" to try to put the Yanny vs. Laurel debate to rest

Other times Tucson has been featured on TV

The owners of Arte de la Vida and Galería Senita are seeking artists to help create a Tucson-themed deck of Lotería cards, the colorful game o…

Sen. John McCain ends a documentary about his life to send the message that Washington is not giving the American people the government they deserve.

Tucson man suspected of killing mother-in-law, attack on wife kills himself in jail

The body of 65-year-old Sachiko McClurg has not been found.

Remember when "Bar Rescue" was in the Old Pueblo last year?

A flyer from Bar Rescue's production crew giving information about the bar's unveiling on Friday night in Tucson.