Two white UA students punched and kicked a black student who they did not know and repeatedly called him the N-word, according to a campus police report obtained by the Arizona Daily Star late Friday.

The two white students, identified by police as Matthew Frazier and Matthew Rawlings, were arrested on suspicion of misdemeanor assault Friday morning, three days after the incident near the Arbol de la Vida dormitory. A hate crimes reporting guidelines worksheet was also completed by University of Arizona Police.

The two students were booked into the Pima County jail. UA police said the case would be forwarded to the Pima County Attorney’s Office to review for formal charges. Both students are listed as undergraduates in the business college.

The disclosure of the report came a few hours after more than 300 protesters flooded the UA campus demanding its release, as well as the expulsion of the two students, in an effort to hold the students, university and campus police accountable for a perceived lack of safety for black students on campus.

The protesters held signs and chanted “We Want Justice” and “Black Lives Matter” as they made their way from the Martin Luther King Center to the Administration Building and Main Gate Square, before ending on the steps of Old Main.

Among the crowd was KC Williams, the school’s director of African American Student Affairs, who said she was concerned for her students.

“This has a very big and obviously negative impact on students’ mental health, their sense of belonging, and their feeling of safety campus. It makes me sad,” she said.

The arrests and the release of the report came one day after President Robert C. Robbins said the school would “aggressively pursue all avenues of justice” in regard to the incident.

Members of the Black Student Union, which organized the protest, met with a member of the UA administration Thursday but declined to disclose the contents of the meeting.

In the report, UA police provided their first account of the alleged assault that occurred about 11:30 p.m. Tuesday.

A bystander said the two students engaged the black students, kicked and hit one of them and called him an expletive, according to the report.

UA police found Rawlings and Frazier at a nearby residence and interviewed both of them on the night of the incident. They were not arrested then.

Rawlings told police he had returned home from a nearby apartment complex, where he was picking up Frazier, who appeared intoxicated, according to the report.

Rawlings, who admitted to police he had consumed three drinks, said a black male yelled at them and a fight ensued. He said he was kicking his friend to get him stop fighting, although he admitted he could not remember who started the fight or whether he was just kicking his friend, according to police.

Frazier, who had blood on his shirt, denied ever leaving his home nor having any alcohol, the report stated.

Officers told the two the incident would be referred to the dean of students.

Police interviewed the black student again Thursday. After initially saying he did not want to press charges, he told police he had talked to his mother and would reconsider. He reiterated to police he was called the N-word between eight and 10 times. He said his hand was sore and he was headed to Campus Health for a possible concussion.

The police returned to the home and arrested Frazier and Rawlings at 11 a.m. Friday.

A university spokesman said he could not comment on any issues involving students, citing federal privacy laws.

Blane Barksdale was struck with a Taser as well as hit in the leg with a bean bag round during his arrest Wednesday.

Man given life sentence for killing Nogales Police officer in 2018

The man who fatally shot a Nogales Police officer in 2018 was sentenced to life in prison Wednesday.

West Magee Road is closed at North Thornydale Road has reopened after a truck struck a power line.

Re: the September 14 article "2 undergrads held in what's described as racial assault on black UA student." 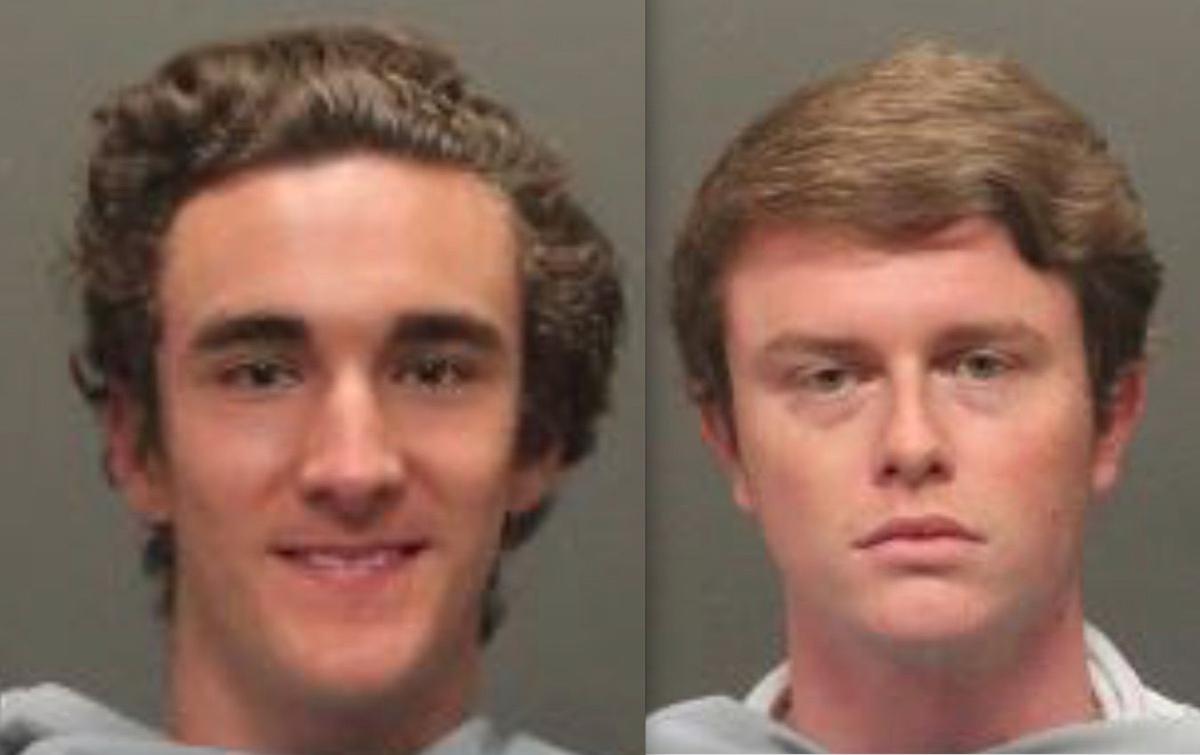 Matthew Frazier and Matthew Rawlings are facing misdemeanor assault charges in connection with the alleged beating of a black student on campus. 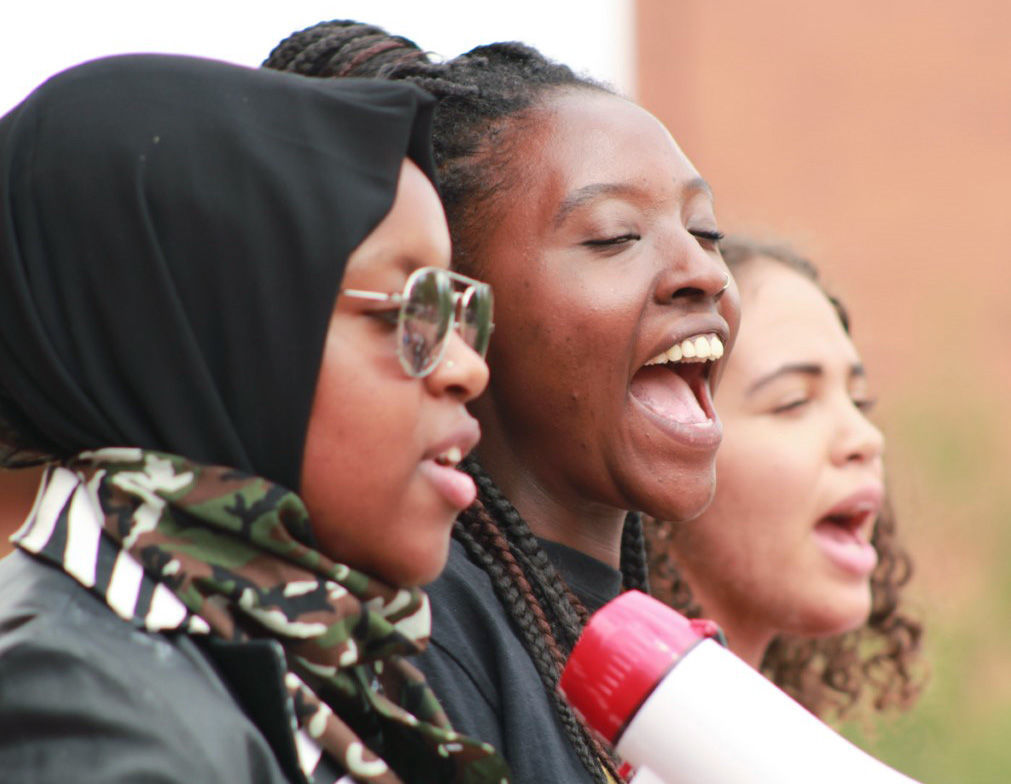 The Black Student Union organized Friday’s protest, which drew 300 people. Members of the group met with a representative of the university’s administration Thursday. 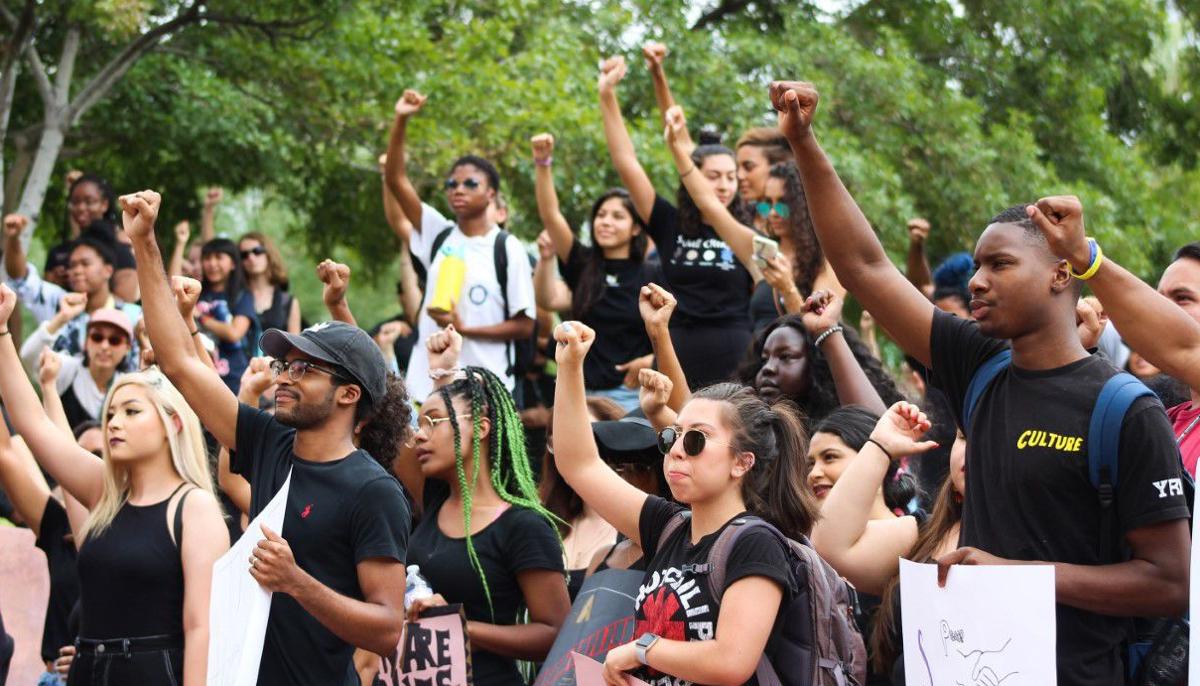 Hours after demonstrators gathered at the UA’s Administration Building to demand the expulsion of the two suspects, campus police released their report on Tuesday’s alleged assault.