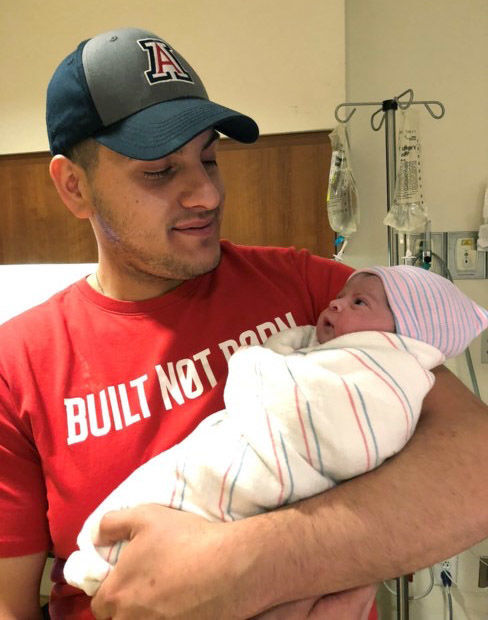 Carlos “Adrian” Ingram-Lopez died in police custody in April. His death was not made public until two months later.

Body camera video of Tucson police officers struggling with Damien Alvarado, 29, after police say he ran away after a crash March 22 near Prince Road and Campbell Avenue.

A review panel that examined two in-custody deaths involving the Tucson Police Department has issued more than 50 recommendations to prevent a recurrence.

Fear of COVID-19, a shortage of Spanish-speaking 911 staffers and insufficient training all were factors in the April death of Carlos Adrian Ingram-Lopez, 27, and the March death of Damien Alvarado, 29, the panel found.

The proposals for change are contained in an 80-page report released Friday by TPD. The report said there were 32 contributing factors and conditions leading to the two deaths, but the review board was not formed to judge whether “any specific participants in these events were ‘blameworthy’ or ‘liable.’”

Both deaths involved men who were high on drugs, had heart problems, were in restraints and were in a highly agitated state that put them at high risk for heart attacks, the report said.

It notes that both incidents took place in the midst of the pandemic, causing officers to fear for their health while in close quarters with suspects.

Among the recommendations for changes:

Police Chief Chris Magnus said he was gratified by the fact the group’s recommendations were agreed upon by the entire panel.

“Yes, there were missteps. And we want the community to know we are committed to learning from these incidents and to being transparent about what we found,” Magnus said.

OPINION: TPD has nothing to hide and just released records on in-custody deaths going back 10 years, writes Chief Chris Magnus.

Tucson's proposed budget includes more than $165 million for TPD. As calls to defund grow, city leaders are looking for ways to fund community safety resources without having to take from police funds.

Man, 19, facing charges in slaying of two other men in Tucson's midtown

Raul Corrales turned himself into police on Sunday near the 3100 block of East Silverlake Road, police said.

Officer William Gallego was arrested Sunday after an internal criminal investigation reviewing body camera footage. He resigned before being booked into jail.

The three officers involved in Carlos Adrian Ingram-Lopez's death have resigned from the department. A fourth, current officer, was also cleared by prosecutors of criminal wrongdoing.

Police are looking for witnesses to the crash, which happened Saturday morning.

“We are deeply disappointed and very heartbroken,” a family member said of a lack of criminal charges in the death of Carlos Adrian Ingram Lopez while he was detained by police.

He went missing Saturday night from the Gates Pass area, according to the Pima County Sheriff's Department.

People of color pour out their stories to drive changes at the Police Department following two separate in-custody deaths of Latino men.

Ingram-Lopez, 27, died after being restrained by police officers on April 21. The majority of the settlement will go to his 2-year-old daughter.

Carlos “Adrian” Ingram-Lopez died in police custody in April. His death was not made public until two months later.

Body camera video of Tucson police officers struggling with Damien Alvarado, 29, after police say he ran away after a crash March 22 near Prince Road and Campbell Avenue.