After being postponed five times, the trial of a Border Patrol agent who shot through the border fence and killed a 16-year-old Sonoran is scheduled to begin Tuesday at the U.S. District Court in Tucson.

The trial of Lonnie Swartz, the first Border Patrol agent to be federally charged in a cross-border use-of-force death, will take place more than five years after the incident in Nogales.

Attorneys from both sides have spent the past two years arguing before U.S. District Court Judge Raner Collins about witnesses, the scope of testimony and what information the jury will be allowed to hear.

While the defense seeks to raise issues such as drug smuggling and the danger of that particular border area, prosecutors argue that only one thing is relevant: Whether Swartz perceived that the teen posed “an imminent threat of serious bodily injury” to him when he fired through the fence.

Recently, Collins allowed the defense to present evidence that Jose Antonio Elena Rodríguez may have climbed the fence before we was shot. Sean Chapman, representing Swartz, said he has evidence that rust markings found on the teen’s shoes are “very similar” to what agents typically find after someone climbs the bollard fence.

“This information ... debunks the government’s theory that the decedent was innocently walking home (and not throwing rocks) at the time of the shooting,” Chapman has said.

Swartz doesn’t dispute that he fired shots at Elena Rodriguez, but contends it was in self-defense due to the rock-throwing.

While prosecutors won’t dispute that Elena Rodríguez was throwing rocks and apparently trying to aid drug smugglers, they argue it is legally irrelevant to the question of whether Swartz was justified in firing through the fence.

“This is not a drug-trafficking case,” Assistant U.S. Attorney Wallace Kleindienst has said. “This is simply a case about whether Elena Rodriguez presented a threat of serious bodily injury or death (to Swartz) regardless of his motives.”

On Oct. 10, 2012, at about 11:30 p.m., Border Patrol agents saw people drop a drug load over the border fence and flee back into Mexico, while others on the Mexican side began pelting the agents with rocks, the agency said at the time in a news release.

Agents ordered them to stop, the release said, but they continued throwing rocks and Swartz started firing.

Agents are allowed to fire their weapons when they are threatened with deadly force. The agency considers rocks as potentially lethal, depending on the size and the distance from where they are thrown.

A Mexican autopsy report shows Elena Rodríguez was struck about 10 times, with most shots hitting him in the back.

Swartz was indicted in September 2015 on a second-degree murder charge. He “did with malice aforethought, and while armed with a P2000 semi-automatic pistol, unlawfully kill” Elena Rodríguez, the indictment said.

He pleaded not guilty the following month and was placed on indefinite unpaid suspension from the Border Patrol. Before then, he had been transferred to Nevada and on administrative leave.

“The government is asking the jury to convict Agent Swartz based on a split-second decision that he made at night in an incredibly dangerous area of the international border,” Chapman has said.

Several law enforcement vehicles were parked in the area. The video had not been made public until a court hearing last June.

The video also showed two individuals paused halfway up the border fence as they climbed into Mexico.

Swartz can be seen firing 16 times, including a pause while he stepped back from the fence, reloaded, and walked back to the fence and started firing again.

Previously, James F. Tomsheck, assistant commissioner of the CBP Office of Internal Affairs from June 2006 to June 2014, told several media outlets that the Border Patrol agent and two Nogales police officers with a dog did “not appear to be displaying any concern for their safety whatsoever,” as they watched the two marijuana smugglers climb the border fence and return to Mexico.

‘‘There are no weapons drawn. People have their hands on their hips, standing there watching. If you were to give a title to the video up to that point, it would be: ‘It’s Another Day at the Border,’” he told The New York Times.

Then, he said, “A second Border Patrol agent arrives on scene, gets out of the vehicle, walks to the border fence, draws his firearm and begins firing through the fence into Mexico.”

After visiting the site, Tomsheck said he determined Elena Rodríguez couldn’t have been a real threat to the agents because the teen was so far from them. “The distance from where he was, was such that no projectile he might throw could possibly clear the border fence.”

To shoot across the border, the agent had to stand next to the tall fence and fire through the 4-inch gaps between the poles. Along the fence on the Mexican side is a narrow ledge, then a drop-off that ranges as high as about 20 to 30 feet.

A civil suit filed by Elena Rodríguez’s mother remains on hold. The issue is whether federal courts have jurisdiction to hear claims of someone who is a Mexican national and on Mexican soil when shot and killed.

This story has been updated to clarify that Lonnie Swartz is the first to be federally charged in a cross-border shooting.

The attorney for the Border Patrol agent who shot and killed a Mexican teen claims federal prosecutors kept critical evidence from him.

The attorney for the Border Patrol agent who killed a teen in 2012 wants to block jurors from hearing a prosecution witness testify he believes the shooting was unjustified.

Claims testimony is irrelevant and will taint the case.

Agent was on federal land when he fired his gun, ruling says. 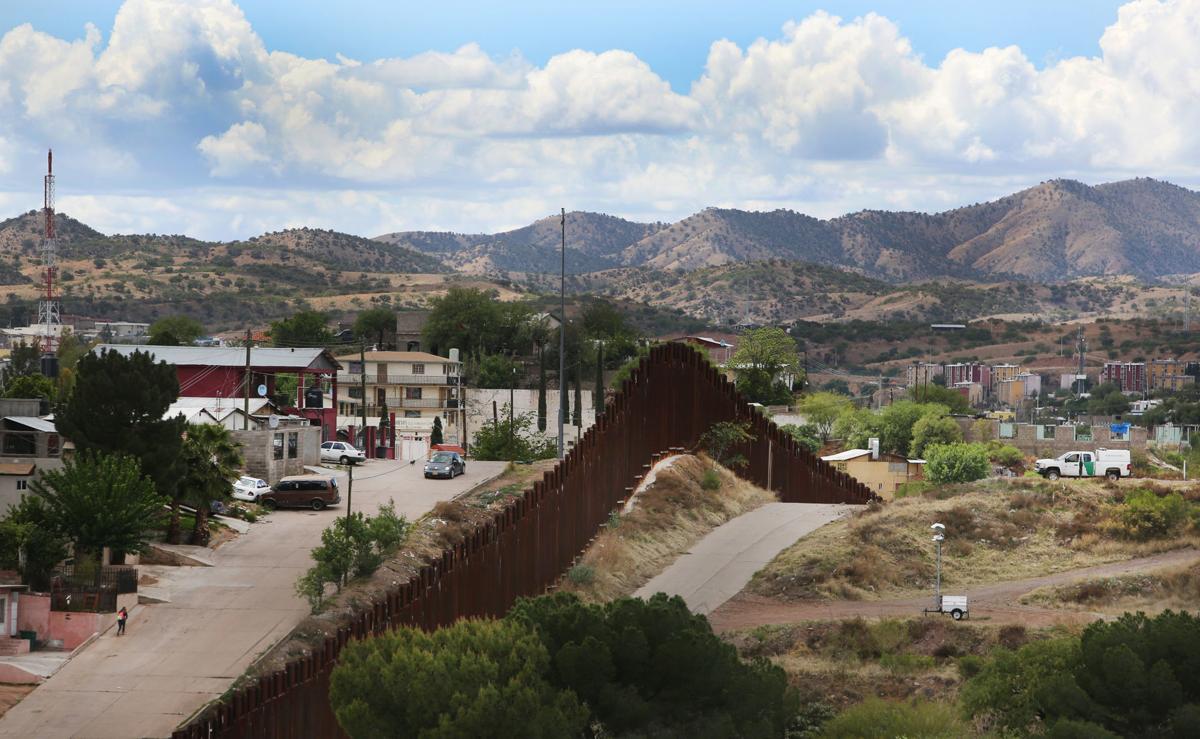 Border Patrol Agent Lonnie Swartz is accused of firing through the border fence in Nogales and killing a 16-year-old boy from Sonora. 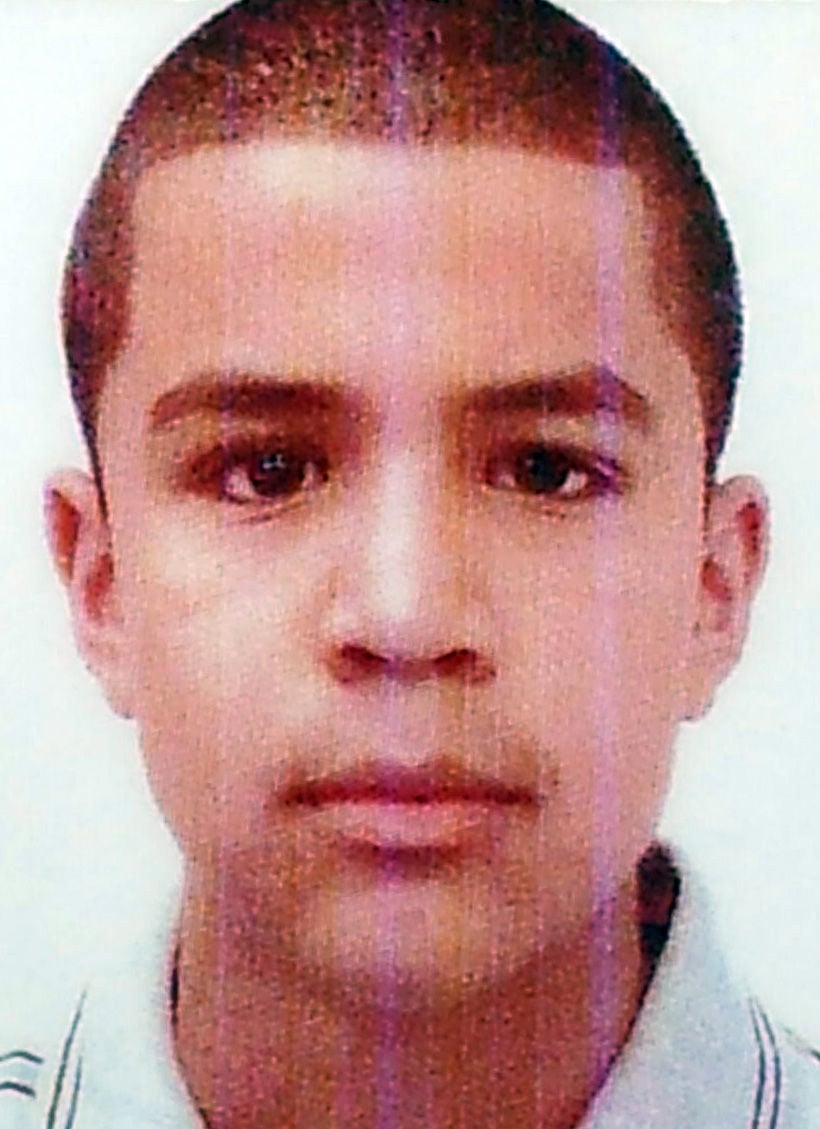