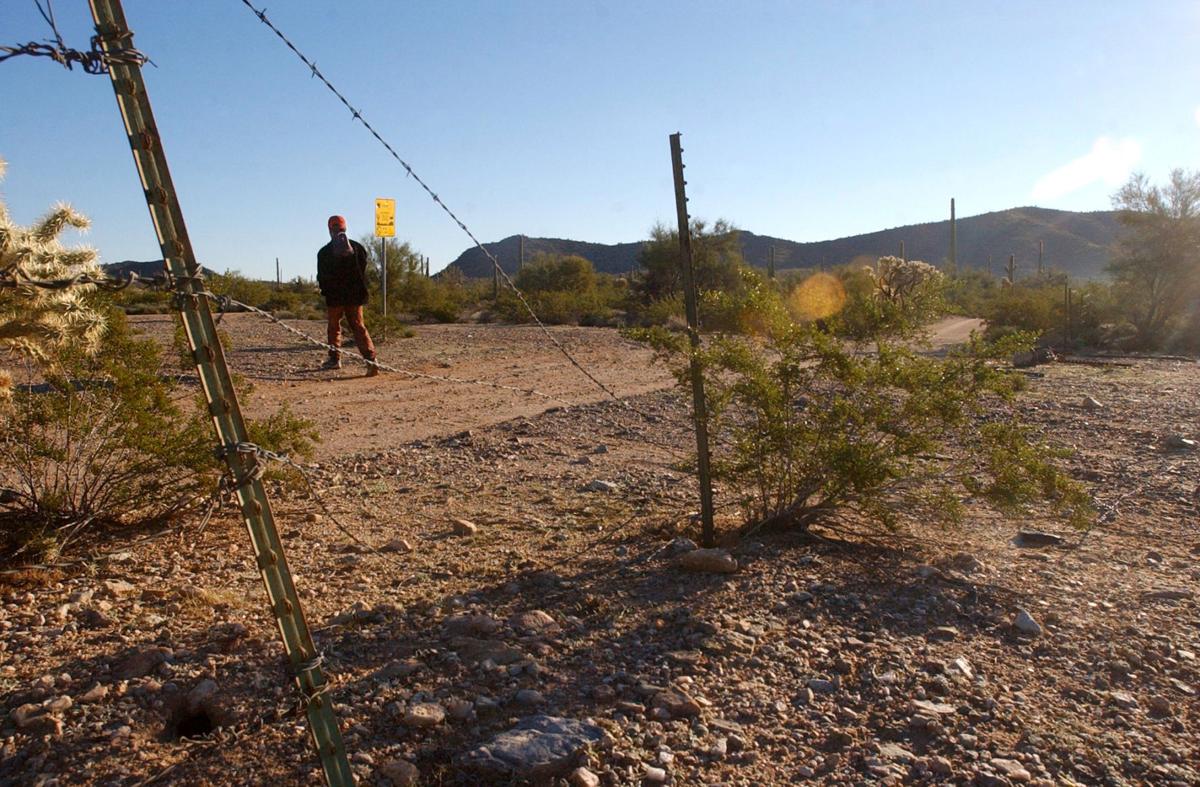 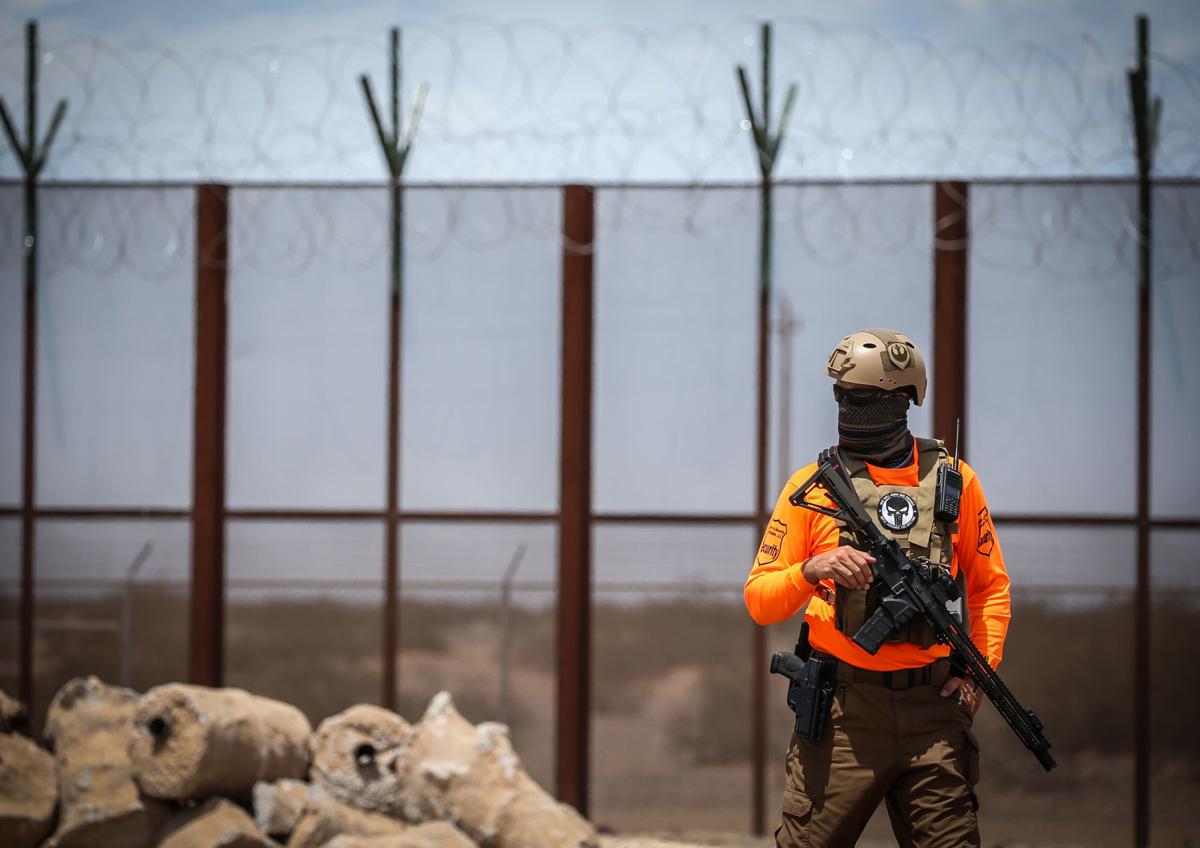 A guard keeps an eye on border wall construction on the U.S. side a few miles east of San Luis. Archaeologists point to 22 sites that could “suffer permanent, irreplaceable damage.” 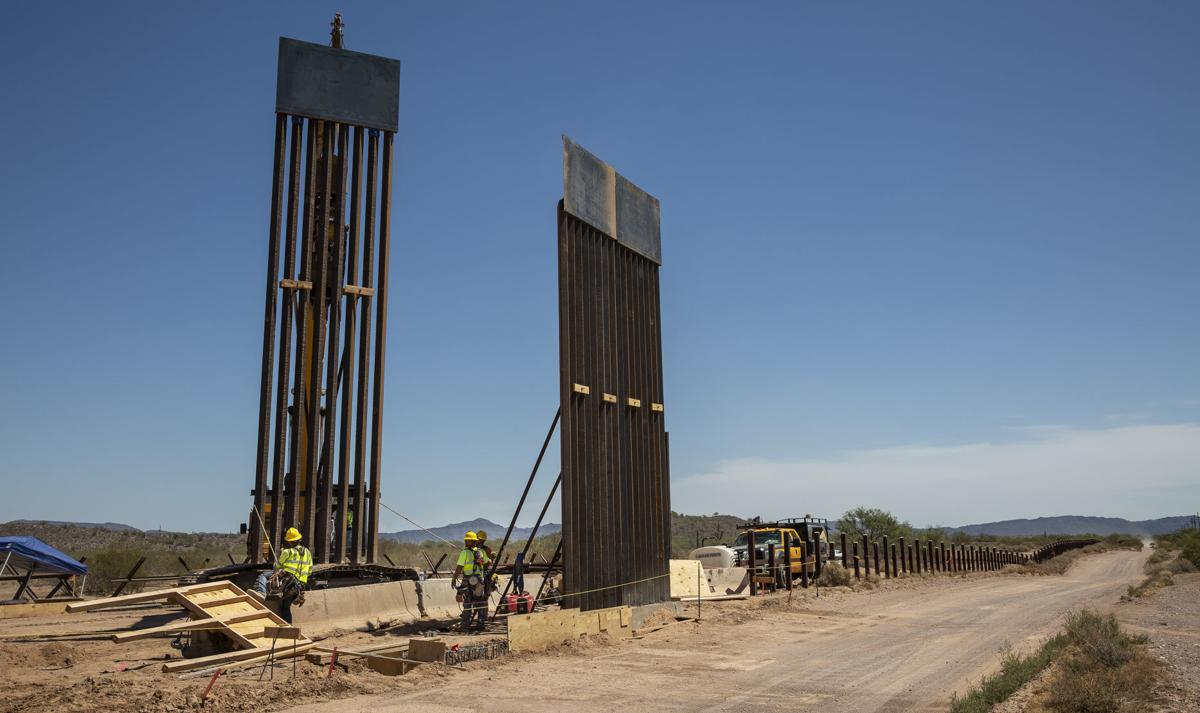 Archaeological sites and grounds sacred to the Tohono O’odham Nation could be “destroyed” due to border wall construction in Organ Pipe Cactus National Monument, the National Park Service cautioned in a recent report.

Construction is underway on 5 miles of border wall in Organ Pipe, about 100 miles west of Tucson, and another 38 miles of wall construction could start in the coming weeks.

The park service report, completed in July, warned that construction of the 30-foot border wall could wipe out pieces of tools and ceramics, traces of trails that people walked on hundreds of years ago, a store from the 1880s and possible shrines.

Those are just the sites archaeologists found so far.

The sites in the area date back to about 15,000 B.C., and many of the discovered artifacts belonged to the Tohono O’odham and their ancestors, the Hohokam, according to the 123-page report, which was first obtained by the Washington Post through a public records request.

The wall project involves digging a concrete and steel foundation as deep as 10 feet for the 30-foot poles that make up the wall. Roads, spotlights and surveillance equipment also will be added.

Most of the construction will occur in the 60-foot-wide stretch of land that runs along the monument’s southern boundary, known as the Roosevelt Reservation, “an area of great concern, whose cultural and natural resources are imperiled,” the report said.

During a five-day survey in June, archaeologists found five sites in addition to 17 previously found sites in the area.

The 22 sites will “likely be wholly or partially destroyed by forthcoming border fence construction,” the report said.

Along with these surface-level findings, the report said it is probable that significant buried artifacts exist.

“We must assume that all such unrecorded deposits will be destroyed over the course of ensuing border wall construction,” the report said.

Because an assessment of the entire border has not been done, members of the Tohono O’odham Nation are concerned that sites with “significant importance and meaning to the O’odham Nation and its citizens” will be damaged, Norris said.

“Without taking the time to identify significant archaeological areas, we run the risk that those areas will suffer permanent, irreplaceable damage forever,” Norris said.

Construction plans have been “left to the discretion” of the contractors building the wall, according to the report.

The building contracts were awarded after the Department of Homeland security waived 41 laws in Arizona, including the Archaeological Resources Protection Act, the National Historic Preservation Act and the Historic Sites, Buildings, and Antiquities Act, according to the National Parks Conservation Association.

“No details about the building project(s) have been furnished to the National Park Service,” the report said.

This is not the first time the National Park Service has worked with Border Patrol agents. Areas in the monument were closed from 2003 to 2014 after a park ranger was killed in 2002 while chasing suspected drug smugglers.

The service appreciates the “integrated border security approach” from the Department of Homeland Security to “provide for life and safety and to protect monument resources,” said Jeremy Barnum, a Park Service spokesman.

To save the sites, Organ Pipe resource managers are planning broad-scale recovery of threatened archaeological resources, according to the report.

The Park Service’s report stated that, “without question,” certain parts of Organ Pipe next to the border warrant further study. The report recommended these additional surveys to be “completed as soon as is possible, in light of impending border fence construction,” along the park’s 30-mile southern boundary.

Inventory of this section of the park “can be readily accomplished,” before the wall is built, according to the report.

However, Norris said the main reason for the rush is part of a “political game.”

“It’s unfortunate that politics could have a significant negative impact on archaeological issues that are important to my people,” Norris said.

Rocky Baier is a UA journalism student and apprentice at the Star.

The council seeks to keep construction projects from damaging tribal remains and antiquities.

A guard keeps an eye on border wall construction on the U.S. side a few miles east of San Luis. Archaeologists point to 22 sites that could “suffer permanent, irreplaceable damage.”