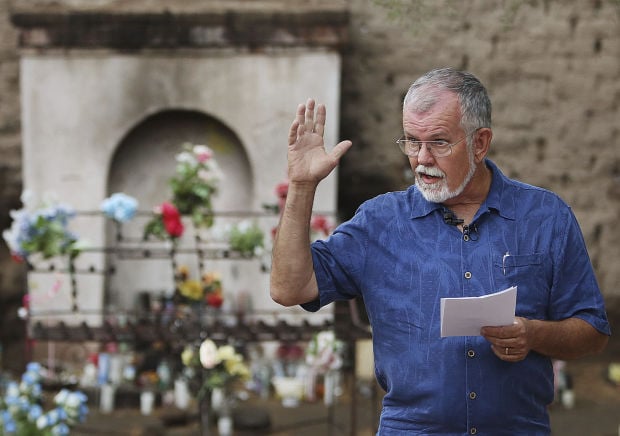 Robin Hoover is planning to distribute the flashlights through a church in Altar, Sonora, one of the last staging points for those about to cross into the United States. 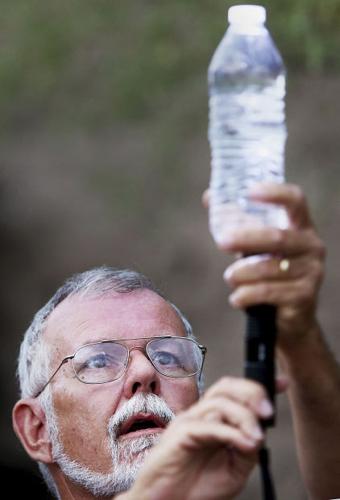 The high-intensity lights create a prismatic effect when held up to plastic water bottles, helping those in distress attract attention.

Immigrant-rights activists have set up water stations, gone out nearly daily to find border crossers in distress, and circulated warning posters and maps of the locations of those who have died in the desert.

All with the goal of stopping the deaths of immigrants trying to cross into the United States.

Hoover will work today with a local church in Altar, Sonora, 115 miles southwest of Tucson and one of the last staging areas for would-be border crossers, to pass out the $8.32 flashlights that can illuminate a tree a half-mile away and include both a strobe and an S.O.S. function.

“I hope that this simple device will help save lives,” he said Thursday during a news conference at El Tiradito Shrine in downtown Tucson, as he held the small black flashlight under a plastic water bottle to show how it created a prismatic effect.

Hoover, who spoke for a small group of volunteers working on several migrant safety initiatives, said they also plan to travel to the northern Mexican state of Tamaulipas, which borders McCallen, Texas. The Rio Grande Valley is seeing a surge in people trying to cross the border illegally and a spike in migrant deaths.

In Southern Arizona, the remains of more than 2,200 border crossers have been recovered since 2001, the Office of the Pima County Medical Examiner says.

Hoover hopes the Border Patrol will support the effort, since the flashlights could help agents rescue people. But he said he wasn’t expecting it based on previous reactions to his initiatives, including the water stations.

Tucson Sector Border Patrol agent Scott Stewart said the agency works to have a positive relationship with the nonprofit organizations in the community.

The agency’s mission is to guard the border, deter contraband and people entering the country illegally, he said, but also to rescue those who may be in harm’s way.

The sector has 22 rescue beacon towers with mirrors and a blue light to attract immigrants who need help. Once there, they can push a red button that sends a signal to the stations.

In 2011, Hoover distributed personal location beacons the size of cellphones so those guiding the immigrants could call for help if in distress. At the time, Border Patrol officials said they were concerned it would have an opposite effect and encourage people to cross into unforgiving terrain.

Hoover distributed 12 of the beacons. He said Thursday that none had been activated but they have a five-year battery life and are still in circulation.

A “choose-your-own-adventure” theatrical event June 17-18 in Nogales is looking to reshape the narrative of border towns by telling the stories of people who have lived there for generations.

Robin Hoover is planning to distribute the flashlights through a church in Altar, Sonora, one of the last staging points for those about to cross into the United States.

The high-intensity lights create a prismatic effect when held up to plastic water bottles, helping those in distress attract attention.