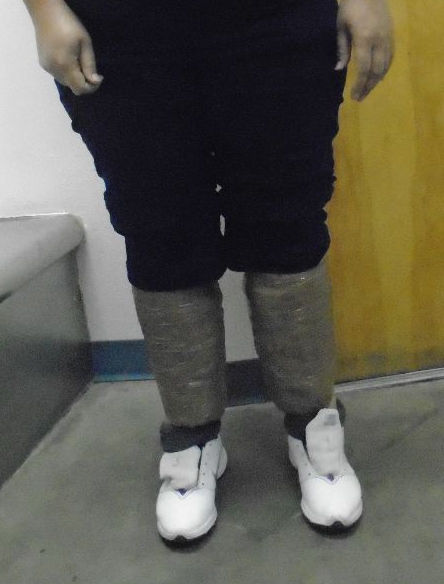 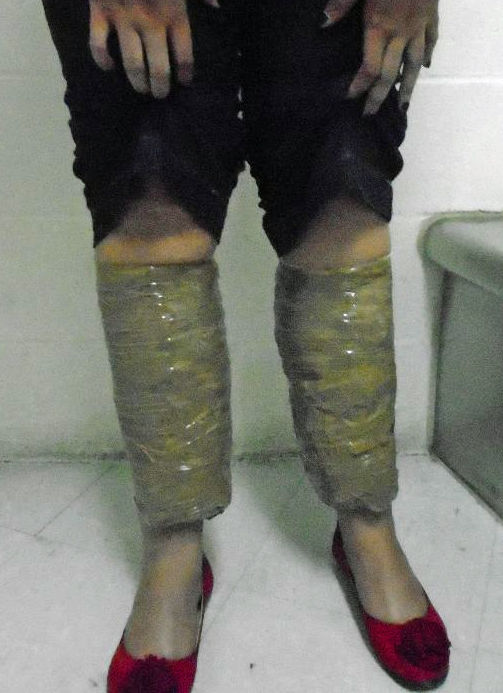 Two women were arrested by Customs agents after trying to enter the U.S. moments apart with meth taped to their calves, officials said.

On Friday, agents sent a 31-year-old Nogales, Sonora, woman crossing at the Morley pedestrian crossing to a secondary inspection. There, agents found about three pounds of meth taped to her calves. The drugs were worth about $9,400, according to a news release from Customs and Border Protection.

Moments later agents searched a 29-year-old Nogales, Sonora, woman trying to enter through Morley and found the same amount of meth taped to her calves.

The drugs were seized and the women were turned over to Immigration and Customs Enforcement's Homeland Security Investigations.

Driver attempted to flee into Mexico, drove his truck toward officers.