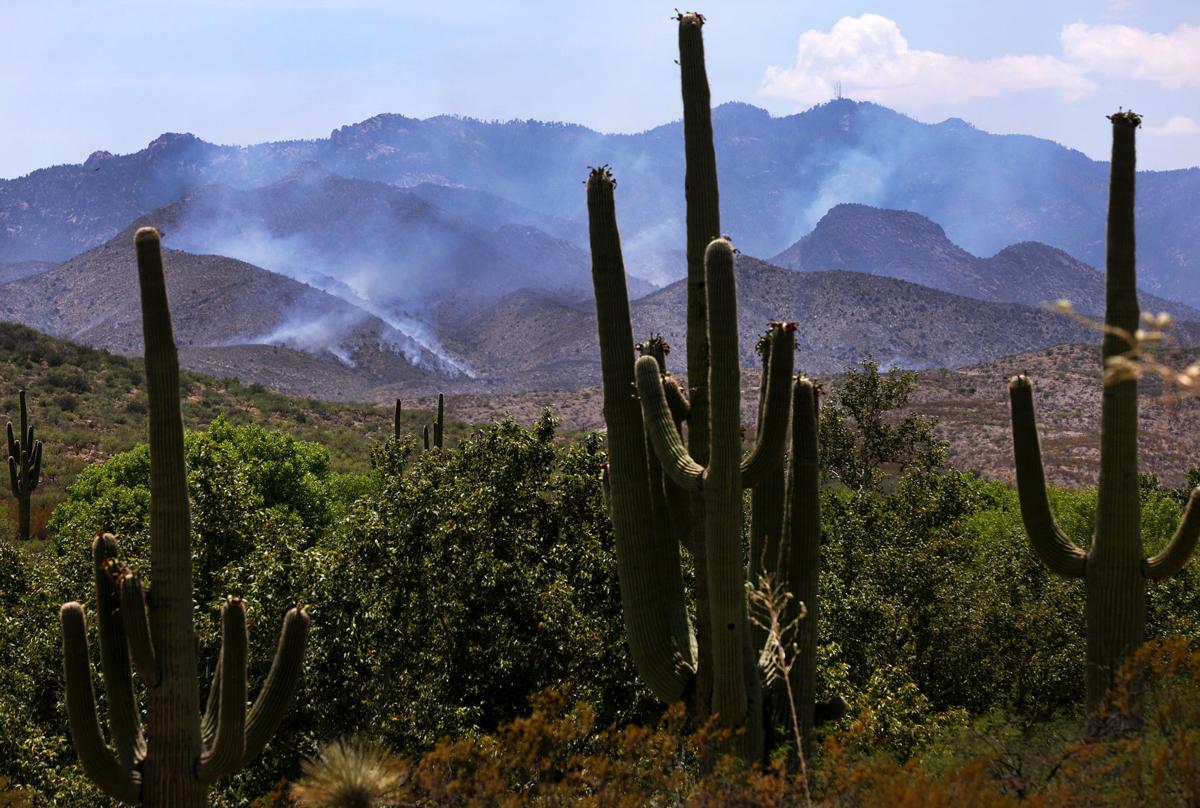 The Burro Fire burns on the northeastern slopes of the Catalina Mountains, as viewed from west of Redington. 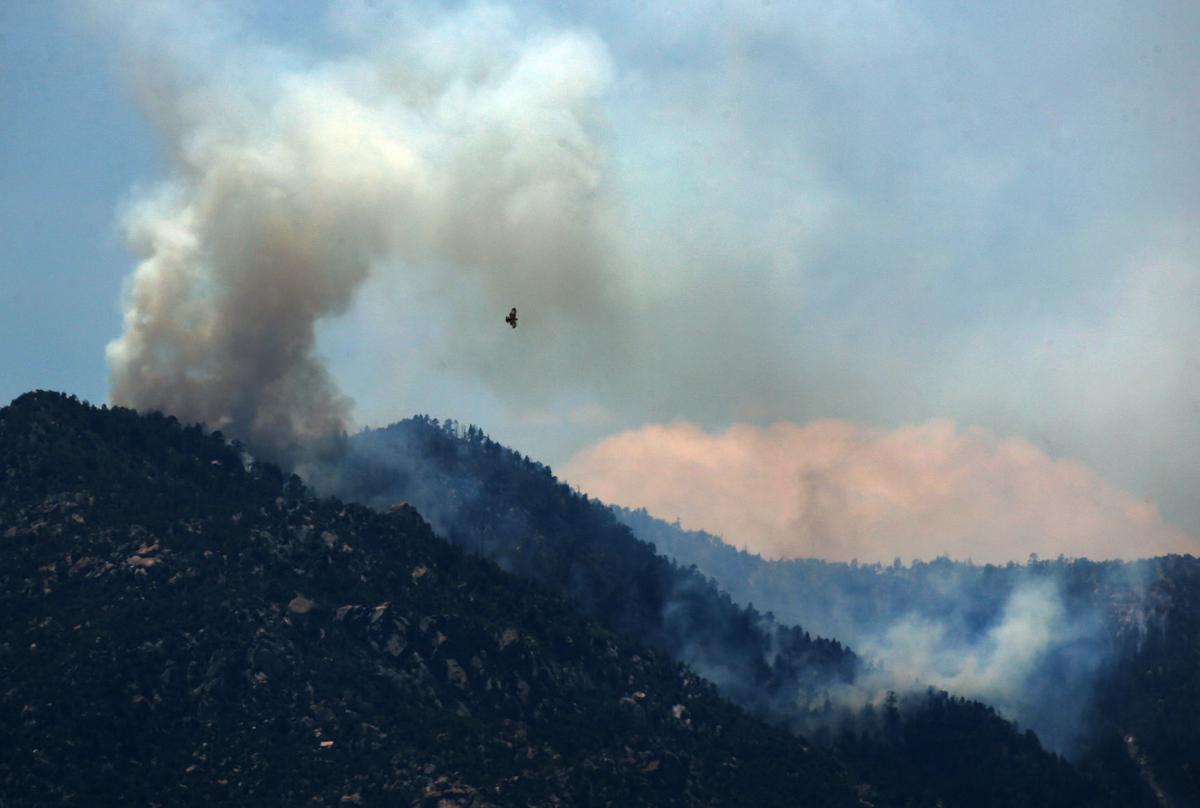 The Burro Fire is over one-third contained, and monsoon rains are projected to help this weekend.

The Burro Fire is about five miles from Mount Lemmon’s Summerhaven, and crews are working to keep it from threatening the community at the top of the mountain.

On Friday, three hotshot crews concentrated on preventing the flames from reaching the Rose Canyon campground and the Willow Canyon area, said Jay Lusher, an operations section chief with the incident management team on the fire.

Helicopter crews are dropping water to reduce the threat to Summerhaven and the mountaintop, Lusher told a crowd attending a public meeting about the fire Friday evening at Sahuaro High School.

“We are continuing our efforts to protect all the infrastructure and residences on the mountain. We had a really good day,” said Lusher, announcing that the fire is now 36 percent contained.

Preparation work along the Mount Lemmon Highway is complete and firefighters are prepared to initiate burning operations in front of the fire should it move west and threaten structures, officials said.

Crews, with the use of bulldozers, also built more containment lines at the north end to hold the blaze, Lusher said. He said officials are confident Pinal County residents do not have to worry about the fire threatening their communities, such as San Manuel.

The Burro Fire, its cause still undetermined, has grown to more than 26,000 acres. Nearly 700 personnel, including aircraft, are assigned to the blaze that broke out June 30 in the foothills of Redington Pass near Burro Tank. Mount Lemmon residents were evacuated Monday morning. Catalina Highway and Redington Pass Road remain closed.

Officials project full containment of the fire by July 15, but that may come sooner if heavy monsoon rains break out on the mountain, said Bea Day, incident commander for the wildfire.

Cloud buildup over the mountains Friday was expected to produce dry thunderstorms overnight and produce monsoon rains around the fire Saturday, said Kurt Van Speybroeck, the meteorologist for the Burro Fire.

Cards from the Tucson community thanking firefighters for their efforts were passed to crews at their camp Friday, and thank-you signs were posted, said Michelle Fidler, a fire management team spokeswoman. The notes bring smiles to firefighters’ faces, said Fidler, explaining many are away from home.

She shared one card’s message with the audience at the public meeting Friday. A woman told firefighters to take care of themselves because her cabin was not worth their lives.

Summerhaven and the surrounding Santa Catalina Mountains 10 years after the Aspen Fire devastated the community in June, 2003. The fire burned…

Police: Surveillance camera at Tucson clubhouse captures image of its own thief

Mt. Lemmon Highway to open to residents, employees with ID

Mt. Lemmon Highway will open at 3 p.m. to residents and employees with proper identification, the sheriff's department said.

The Burro Fire burns on the northeastern slopes of the Catalina Mountains, as viewed from west of Redington.

The Burro Fire is over one-third contained, and monsoon rains are projected to help this weekend.