PHOENIX — Gov. Doug Ducey says he’s open to the idea of reforms in how charter schools are operated, including how they handle their finances.

For the moment, though, he has no specific suggestions. And he remains convinced that the private schools, which in Arizona can be operated as for-profit entities, are an innovation, he said.

There is some movement on the issue.

Sen. Kate Brophy McGee, R-Phoenix, said Tuesday she wants lawmakers to mandate that there be better oversight of these technically public schools run by private entities that get taxpayer funds.

“I am uncomfortable with the nepotism that exists on charter boards,” she said, referring to the boards that are supposed to oversee how the schools operate and spend their money. “I don’t feel those boards are necessarily independent.

“Are these truly independent boards that hold these operators accountable?” Brophy McGee asked. “Or are they a collection of friends and family members who just vote for stuff?”

She also wants lawmakers to revamp the legal definition of a conflict of interest, saying the current rules permit too many legislators to vote on issues that affect their own finances.

Attorney General Mark Brnovich is pursuing his own take on transparency, he said through an aide, Ryan Anderson.

Brnovich wants to reinstate the ability of the Auditor General’s Office to conduct independent audits of charter finance operations, a power that was rescinded nearly two decades ago.

“Somebody has to be able to have the ability to do the forensics,” Anderson said.

The bigger issue, Anderson said, is trying to keep the public money that charter operators get separate from their private finances.

On one hand, he acknowledged, charter owners are paid a flat fee by the state for each student. In general, it is up to the school officials to decide how to spend that money.

But Anderson said his office has gotten reports that dollars that should go to educating children were instead spent on tickets to golf tournaments and even trips to Hawaii to supposedly buy school supplies.

In response to a question Tuesday, Ducey said he was aware of multiple reports on how the owners of for-profit charter schools have managed to enrich themselves with the money they get from state taxpayers. These include the owner of an online charter school with a high dropout rate getting an $8.8 million shareholder distribution, and a state lawmaker who runs a charter operation selling off the buildings that were constructed with the cash he got for educating students.

“Some of the things I have been reading are concerning me,” Ducey said. The governor said he spoke with Brophy McGee earlier this week “about reforms we can put forward to close some of these gaps.”

But Ducey suggested he wants a cautious approach to changes.

“They were an innovation in education,” he said of the charter schools. “There’s been a lot of breakthroughs. There’s a lot of our charters that are known nationally.”

Ducey is such a strong supporter of charter schools — including those that operate as for-profit entities — that he pushed through legislation that has the state guaranteeing the loans taken out by charter owners for the schools they build. Those guarantees enable the owners to borrow money at lower interest rates.

Documents obtained by Capitol Media Services show that to date, the state has underwritten $142 million of those loans. The governor has said the arrangement doesn’t violate a constitutional provision against the state lending its credit to private companies.

The buildings constructed by charter school operators — some with those below-market loans courtesy of the state’s backing — belong to the charter owners, who are free to sell them and pocket the profits.

Under Arizona law, charter schools are public schools. They are supposed to be open to all, though there have been complaints that some make it difficult for parents of students with special needs to enroll.

In exchange, the state provides money on a per-student basis.

The latest figures from the Joint Legislative Budget Committee put basic state aid at $6,748 for each student in a charter school compared with $5,389 for those in traditional public schools. The difference is supposed to make up for the fact that charter schools can’t go to voters to seek bonding for construction or for budget overrides.

What charter owners do with the money they get from taxpayers is pretty much up to them. Brophy McGee said that’s part of what needs to be reviewed.

But she said something else is needed: a change in the rules that govern when state lawmakers can vote on issues that affect their own pocketbooks.

She cites Rep. Eddie Farnsworth, R-Gilbert, who owned the Benjamin Franklin Charter School and its four campuses. Farns-worth has been a key player in arguing against further state regulation of charter schools.

State law says public officials have only a “remote” conflict of interest if they are one of at least 10 people who would be similarly affected by a vote. At last count there were more than 500 charter schools operating in the state.

Brophy McGee said that “rule of 10” needs to be revisited. “When does someone stop being a subject-matter expert and start voting toward their vested financial interest?” she asked.

Farnsworth said he has no problem reviewing the law. But he said Arizona has a citizen Legislature, meaning everyone either owns a business or works for one and would be affected by virtually any change in the law. And he said the question of financial interest could be carried so far that no lawmaker could vote on changes in vehicle license fees, for example.

Brophy McGee said some lawmakers already steer a wide path around any potential conflict. Two representatives, she said, avoided voting on the recently approved pay hike for teachers statewide because it would affect them personally.

“I am uncomfortable with the nepotism that exists
on charter boards. I don’t feel those boards
are necessarily independent.” State Sen. Kate Brophy McGee, Addressing possible changes in laws governing charter schools

The Michigan wing eliminated Michigan State and ASU, among others.

Tucson bishop: 10 fired by diocese for sexual misconduct allegations in past decade

Bishop Edward J. Weisenburger says the Tucson diocese has "no known allegations of sexual misconduct with minors against any of our priests in active ministry today."

The two contenders for state schools chief found one key agreement in a debate Thursday: Both oppose Proposition 305.

Despite slight increases in scores, only 41 percent of students statewide passed the math and English tests.

Upset with a ruling that knocked a tax hike for education off the ballot, some members of the Save Our Schools movement are asking voters to turn one or two Supreme Court justices out of office in November. 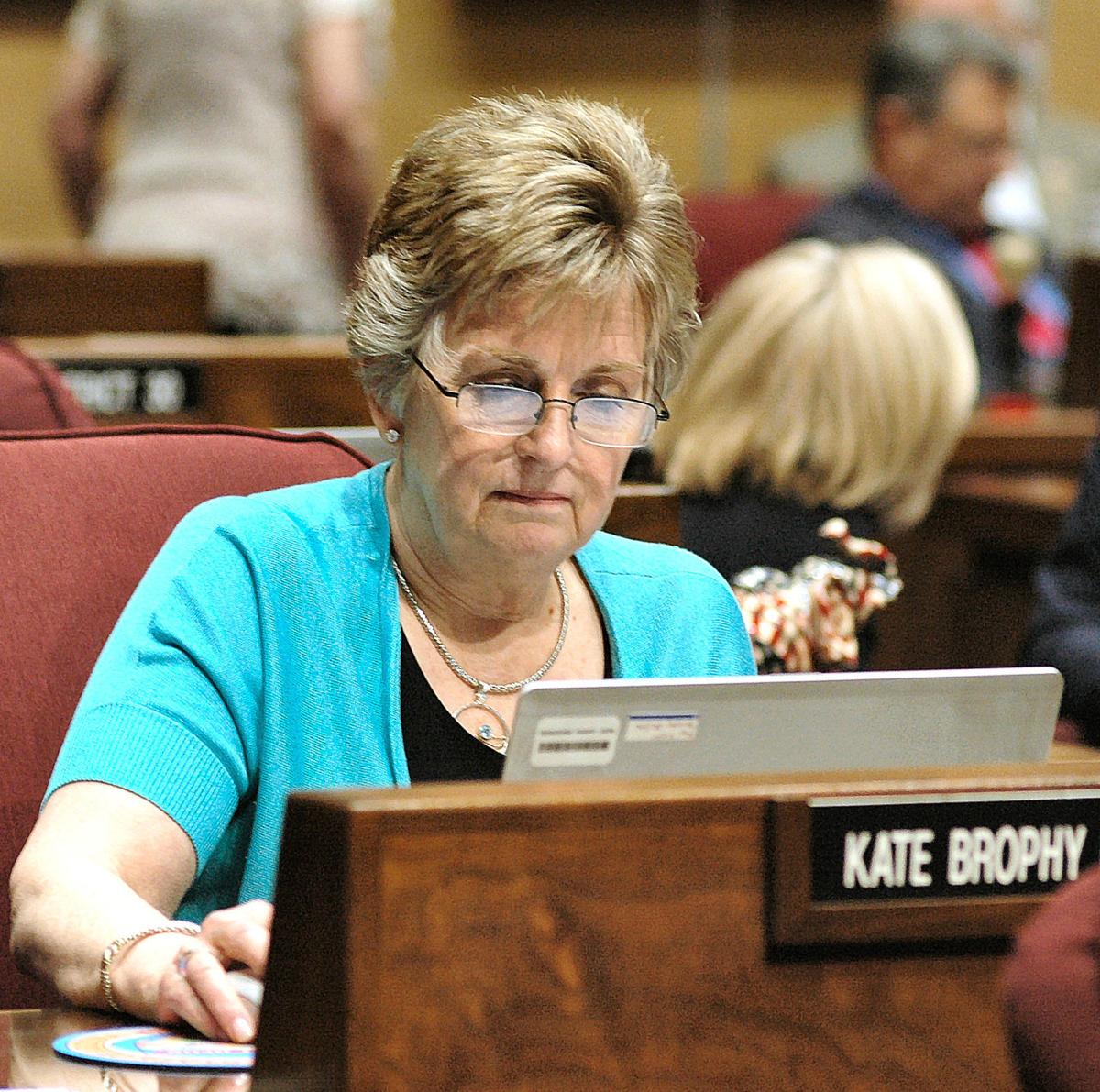 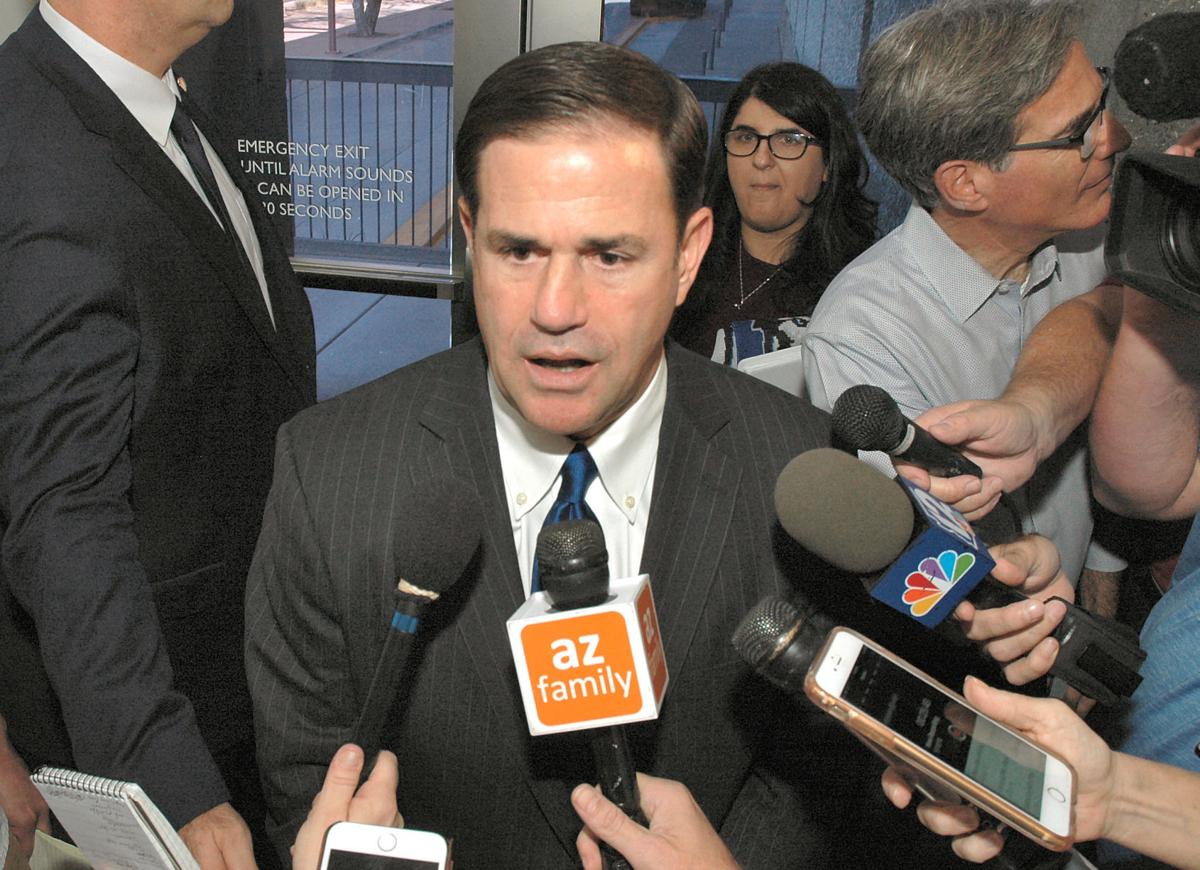 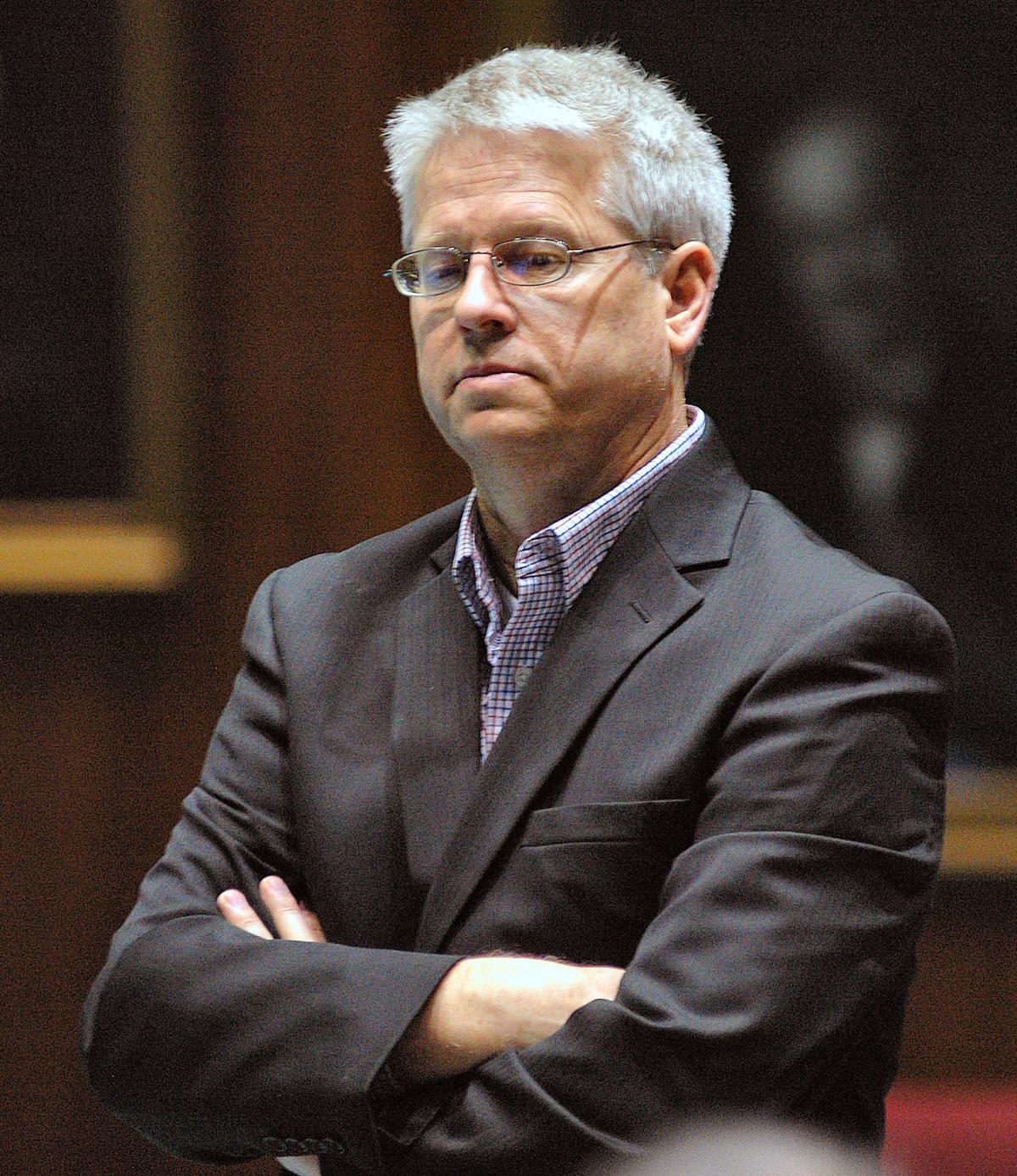