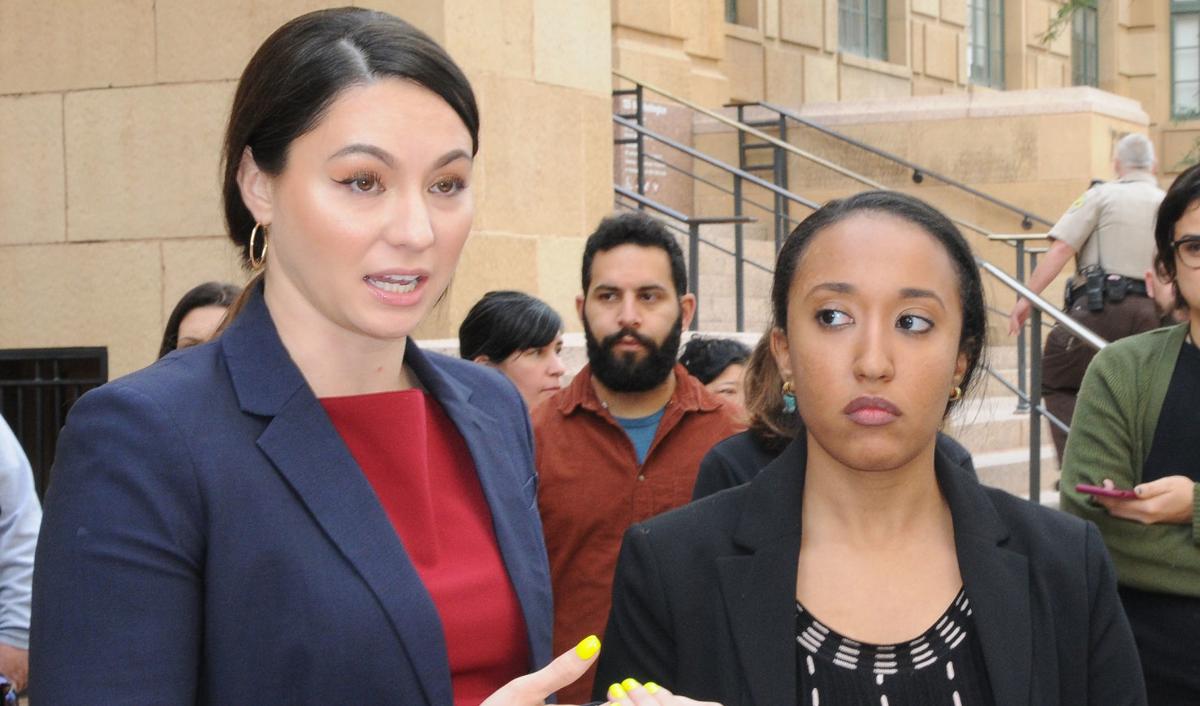 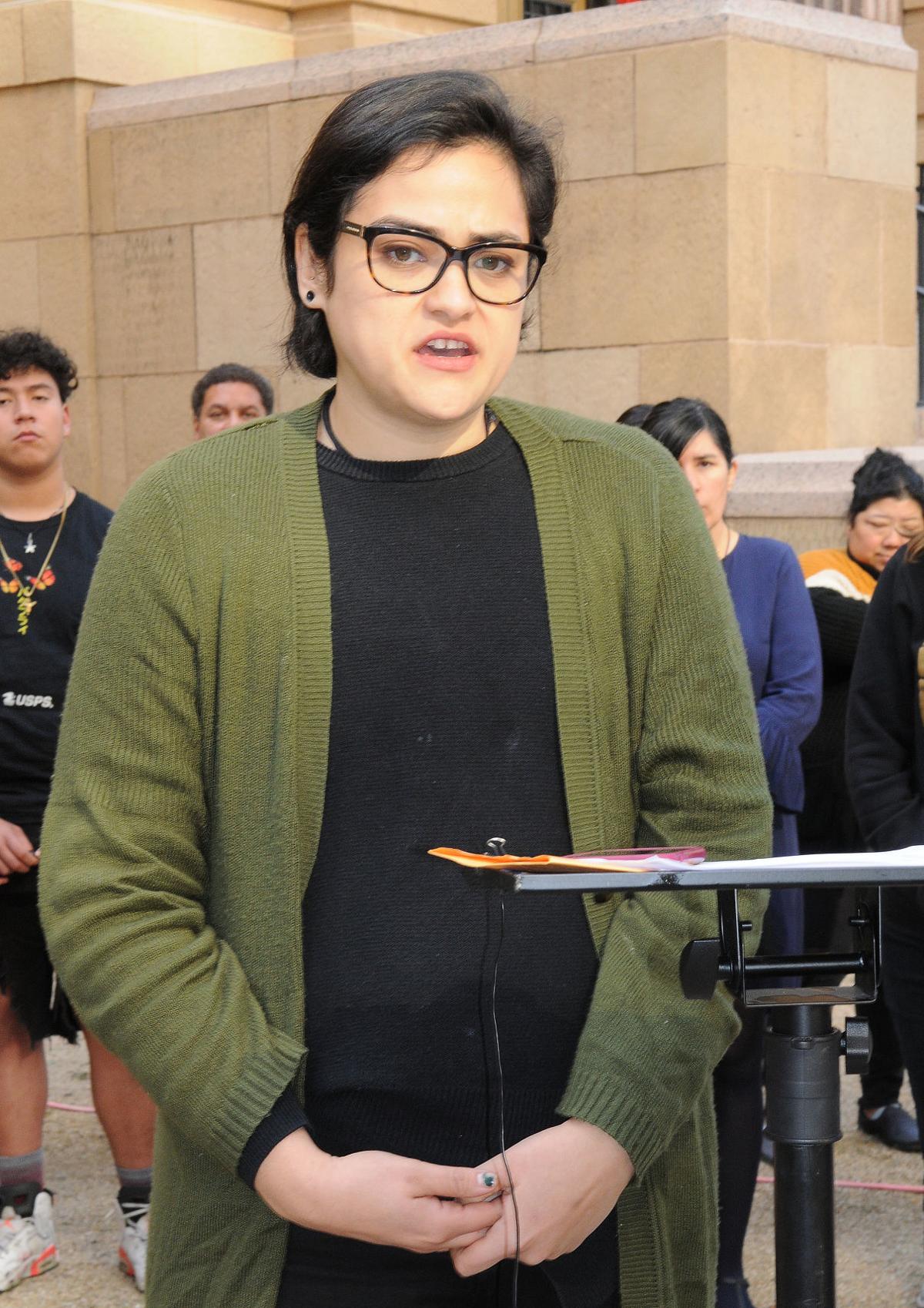 Attorneys for the groups charge that there is a quorum of at least five legislative committees attending the annual conference of the American Legislative Exchange Council.

Known as ALEC, that organization, funded largely by corporate interests, serves as a clearinghouse of sorts for proposed changes in state laws across the nation, changes that can wind up being formally adopted by the Legislature.

That process shuts the public out of the process at the earliest stages of amendments to state laws, the lawsuit states. The fact that there is a quorum of a committee present means that the first action on the legislation effectively occurs behind closed doors, it says.

“When lawmakers are going to be debating, deliberating on, deciding upon the policies that impact every Arizonan, all Arizonans have a right to be able to view and participate in that process,” said Heather Hamel, an attorney with The People’s Law Firm, which is representing those who filed suit. “These proceedings completely undermine that.”

The lawsuit names only the Arizona Legislature as a defendant and not any of the individual lawmakers who are attending this conference or have gone to prior ones. Nor does it specifically show who attended any of the ALEC sessions or what was discussed.

But attorney Aya Saed of the Center for Constitutional Rights, which also is representing the plaintiffs, said that isn’t necessary.

She said Arizona law is built around the premise that all meetings are open to the public. There are exceptions to allow executive sessions, but only for certain specified purposes such as getting advice from an attorney and personnel matters.

What is happening at ALEC meetings, Saed said, are unannounced executive sessions of several legislative committees, complete with a quorum.

She said those closed-door sessions give challengers no way of knowing exactly what went on, creating a “circular impossibility” for someone to say that the meeting was illegal. And that, Saed said, changes everything.

“We’re essentially shifting the burden of proof and demanding that they tell us who it is and what it is they’re discussing,” she said, adding it is now up to lawmakers to prove they were doing nothing illegal behind closed doors.

There was no response from Senate Republicans.

He said ALEC meetings are open to the media at no charge, and to anyone else who wants to pay the registration fee. General sessions are streamed live, though the individual committee meetings are not.

The bottom line, Meierling said, is that ALEC sees itself as a forum to educate lawmakers.

“What we are is an academic institution that brings people together on an ongoing basis to engage in dialog on issues of importance,” he said.

“Our legislators are coming here to learn,” Meierling said. He said that can occur when lawmakers from various states get together and compare notes of what works and what doesn’t.

None of this, he said, runs afoul of the open meetings law.

“They’re not crafting legislation and they’re not looking at legislation,” Meierling said. “What they’re doing is discussing broad public policy.”

Meierling does not dispute that ALEC is funded by business interests whose lobbyists and executives attend the sessions and are seeking a role in educating lawmakers. But he said there is nothing exclusive about ALEC membership, and that any interest is free to pay the dues and join the organization.

The challengers, however, say what emerges from these meetings is “model legislation” that Arizona lawmakers who attend the ALEC conferences can bring back to the Capitol and essentially cut and paste into legislative proposals.

The plaintiffs are asking the court to declare it illegal for any quorum of any committee to attend ALEC meetings without complying with the open meetings law.

They also want a judge to declare that any documents presented to lawmakers during ALEC meetings, including model bills, fact sheets, notes, minutes, recordings and presentations are public records and therefore have to be disclosed.

The issue is more than academic for some of the groups. Sandra Castro, an activist with the Puente Human Rights Movement, said that SB 1070, the historic 2010 Arizona law aimed at illegal immigration, came directly from a draft crafted at an ALEC meeting.

Parts of that law have since been struck down by federal courts. But there are provisions still intact, including a requirement for police, when reasonable, to check the immigration status of those they have stopped for any other reason.

Meierling said that isn’t correct, saying SB 1070 was already adopted in Arizona before it became part of the ALEC agenda as a model for other states. Anyway, he said, ALEC no longer is involved in immigration issues.

Jamil Naser of the Arizona Palestine Solidarity Alliance complained about ALEC’s role in writing what became a 2016 state law to deny public contracts to firms that refused to avow they would not boycott Israel or companies that do business there. That law was later struck down by a federal judge, so legislators subsequently adopted a slightly different version.

Other complaints centered around what the groups said is ALEC-inspired legislation to increase criminal penalties and build more private prisons.

State law specifically says that all meetings of the Legislature and its committees are open to the public, though lawmakers can exempt themselves from requirements to post notices and agendas.

On a broader perspective, the law defines “meeting” as “any gathering ... of a quorum of the members of a public body at which they discuss, propose or take legal action.” And it specifically includes “any deliberations by a quorum with respect to that action.”

But that, then, turns on what is “legal action.”

Here the law spells out it is “a collective decision, commitment or promise made by a public body.”

That's according to the conservative American Legislative Exchange Council.

Local Opinion: For criminal justice reform, it is 'maybe next year' again

Another year, another round of justice reform bills left unheard.

At least 1 person displaced after fire in Tucson apartment building

Ruling does not address legality of original 2016 law, which was revised after lawsuit filed.

A coalition of rights groups is trying to overturn a judge's ruling that essentially says the Arizona Legislature is subject to the state's Open Meeting Law only when it chooses to be, and people can't sue over violations.