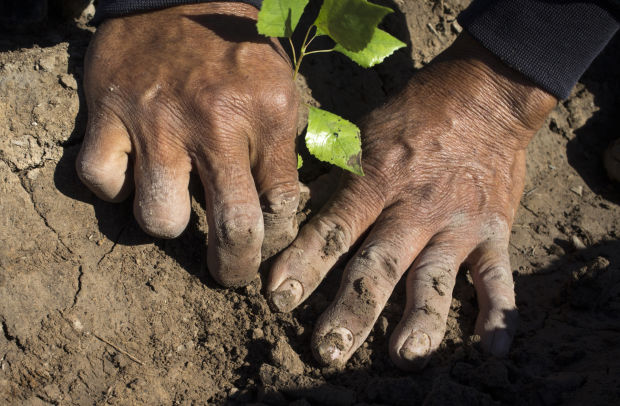 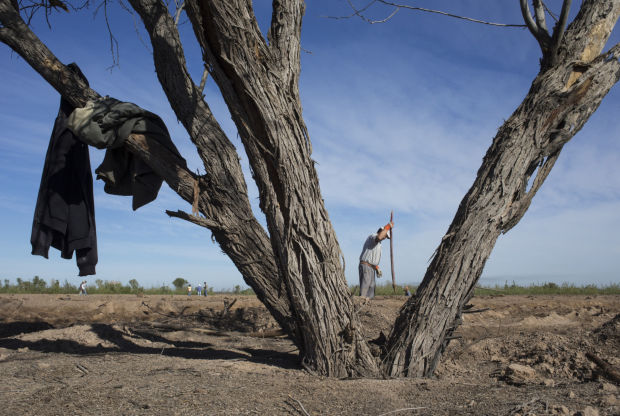 By Brandon Loomis The Arizona Republic

COLORADO RIVER DELTA, Mexico — ﻿For half a century, the Colorado River’s great dams and the 30 million people who siphon water from the reservoirs behind them have effectively killed the river at Morelos Dam, west of Yuma.

Only when the Rocky Mountains have piled up and melted more snow than the dams can contain, as they did in 1998, has excess water rolled past the border community of San Luis, Ariz., and on to the Gulf of California, about 90 miles south.

“The river has provided to us — to humans — for many years the water to grow our crops, our food,” said Francisco Zamora, who leads the Sonoran Institute’s efforts to restore the lost forests of the delta. The Tucson nonprofit works on landscape conservation and quality-of-life issues in the West.﻿

An eight-week flood began Sunday﻿ with the opening of a gate at Morelos Dam, which normally sends the river sideways into a Mexican canal. It will be a watershed moment for cross-border cooperation on the environment and on an increasingly pinched water supply.

The goal is to rejuvenate at least part of a desert oasis that once teemed with life. What now is a scrubby thicket was all “awesome jungles” and “lovely groves” when naturalist Aldo Leopold canoed through it in 1922 and later recalled in “A Sand County Almanac.” Covering 2 million acres from Yuma to the sea — a swath far larger than Grand Canyon National Park — “the river was nowhere and everywhere.”﻿

A 2012 amendment to the 1944 river-sharing treaty between Mexico and the United States made this flood possible. Mexico, whose flatlands in the delta and the adjacent Mexicali Valley lack a canyon to contain a big reservoir, agreed to store some of its share of Colorado River water behind Hoover Dam near Las Vegas.

That benefits everyone who uses Lake Mead water, including Arizona, because it helps keep the reservoir above legal minimum levels that would force rationing.

Mexico further agreed to share the pain of any future shortage, should one occur. The deal also granted Mexico’s wish to take some of its surplus from Lake Mead now to generate a one-time “pulse flow” to scour and renew the dry delta. Should the two countries renew the deal, these floods could come every few years if water is available. ﻿Of course, there is no guarantee the flood will connect the Colorado to the gulf. That’s in part because the soil is parched and ready to sponge the water.

It’s also because the advancing and retreating sea has deposited a wall of solidified mud across the river’s path in the years since a stream last cut through. That wall is a few yards high and a mile or so wide, said Karl Flessa, a University of Arizona geoscience professor who is coordinating research and monitoring of the flood’s effects.

“You need a really high tide and good flow of the river to break through that sandbar and form a connection,” he said. Such a link could provide a mini-rebirth for marine fisheries, Flessa said.

However far the flow gets, its effects will be substantial — enough to mimic a natural flood from eons past. Over the flood’s two-month run, more than 105,000 acre-feet of water will spill across the delta. Each acre-foot is about enough to supply two Southwestern households for a year, and the total is roughly a third of Nevada’s annual share of the river.

Then, over five years, nonprofits that have raised $1 million and need a few million more will buy about 10,000 acre-feet from Mexican farmers to keep that water in the river. That’s not enough to keep the entire river flowing, so the water will be targeted at specific restoration zones.

The goal is to restore a living and working landscape, said Patrick Graham, Arizona director for the Nature Conservancy.

“When the delta disappeared,” he said, “a way of life was lost to those people living in and around the delta, including the fishermen in the Gulf of California.”﻿

The flood comes at a sensitive time for water managers, when California is fallowing farms during a severe drought. But the U.S. Bureau of Reclamation says the water — which legally belongs to Mexico and couldn’t be diverted elsewhere — would not help California﻿.

California’s shortage comes from the state’s north, where a lack of snow and rain in the Sierra Nevada has depleted smaller reservoirs. ﻿“It’s important for our long-term relationship with Mexico that we have this experiment at this time, when it doesn’t create a conflict with normal water” allocations, said Chuck Cullom, river program manager for the Central Arizona Project, which diverts much of the state’s share to help supply Phoenix and Tucson.﻿

Under the treaty amendment that authorized the upcoming flood, the CAP agreed to pay $2.5 million toward water-conservation improvements in Mexico. Other U.S. water suppliers made similar investments. In return, Arizona gets 24,000 acre-feet of water that Mexico expects to save through conservation and will store it in Lake Mead.

Arizona also benefits from Mexico’s agreement to accept a shortage at the same time the state does if Lake Mead’s surface drops below 1,075 feet in elevation, said Tom Buschatzke, who oversees Colorado River use for the Arizona Department of Water Resources. The reservoir is about 30 feet above that mark but about 100 feet below its high in the late 1990s. Water managers fear the reservoir could drop to the shortage trigger by 2016 or 2017 without a drought reversal.﻿

The Sonoran Institute has collaborated with Mexico and the Mexican environmental group Pronatura Noroeste to plant and irrigate several hundred acres of trees at Laguna Grande, a 1,200-acre restoration area in three parcels stretched along several miles of river. Some trees planted just a couple of years ago are 20 feet tall﻿.

With money from various agencies, including the International Boundary and Water Commission, the groups have used heavy equipment to rip out tamarisks, laser-leveled fields for planting and dug ditches to connect lagoons that can hold floodwater to help the groundwater rise.

A man was arrested in a hit-and-run that left a 52-year-old pedestrian dead Friday morning in the Tucson area.

Coronavirus cases in Arizona, mapped by county: May 18

The counselor, who resigned last week, was arrested Wednesday and booked into jail, Tucson police say.

She is charged with three felonies, accused of assaulting her child's teacher and injuring a juvenile at a Tucson charter school.