You voters really don’t know what’s best for you.

But the Legislature does.

That’s the message of a handful of efforts at weakening or undermining the ability of Arizona voters to set law through ballot initiatives.

Unfortunately for the sponsors of those measures, a great argument against making it easier for the Legislature to amend or overturn initiatives is on the ballot in May. Prop. 123 shows how, despite the Voter Protection Act of 1998, legislators can still find their way around initiatives if they are really determined.

And they are determined, as this year’s crop of bills shows.

One of the proposals, HCR 2043, would ask voters to set lower thresholds for the Legislature to change initiatives, but only if the changes further the purpose of the initiative. Instead of requiring a 75 percent vote, as the 1998 act enshrined, the Legislature would simply need to pass its proposed change by a greater margin than the margin by which voters passed the original initiative.

If the voters passed the initiative with 51 percent of the vote, sponsor J.D. Mesnard, R-Chandler, explained Monday, then only 52 percent of the legislators would have to approve the change.

Another, HCR 2023, would set a specific threshold for allowing changes to voter-approved initiatives: 60 percent of both houses of the Legislature. More dramatically, with that proportion of votes in support, the Legislature could completely overturn any voter initiative.

Another, HCR 2047, would require that 25 percent of the signatures gathered to put an initiative on the ballot would have to come from counties with a population less than 500,000. Rep. Bob Thorpe, the Flagstaff Republican who proposed this and HCR 2023, apparently wants to force signature gatherers to consider Arizona’s 13 rural counties when putting an initiative on the ballot.

Finally, there’s another Thorpe idea, which brings the whole initiative debate back to its origins — in marijuana. HCR 2024 would require that 60 percent of voters approve any initiative that legalizes for recreational use any substance on the federal government’s controlled substance list. If passed, this would make it harder for Arizona voters to approve an initiative this year intending to legalize marijuana, Thorpe told me Tuesday.

The marijuana initiative, he said, “is one where I’m very concerned about the harmful side effects.”

You might actually call Prop. 105 a side effect of an earlier marijuana initiative. It’s not harmful, though.

In 1996, Arizona voters passed an initiative legalizing marijuana for medical use by a 2-to-1 margin. The Legislature overturned it.

That led supporters of the 1996 initiative to propose Prop. 105, the Voter Protection Act. That initiative made it super hard for the Legislature to even amend a ballot initiative — 75 percent of the members of both houses must approve, and the changes must further the purpose of the initiative, not kill it.

This has been like a stone in every legislator’s shoe since then. It robs the power that they think they should have and that, truth be told, is one of the main benefits of the $24,000-per-year job they’ve won.

“I think 105, while well intended, has led to a variety of unintended consequences that have honestly been detrimental to the public,” House Elections Committee Chair Michelle Ugenti-Rita said at Monday’s hearing. “We’re functionally unable to change anything that passes at the ballot.”

The 75 percent threshold, they say, is just too high.

Frankly, it is high. I would consider voting for a proposal that would lower the threshold to 67 percent, or maybe even 60 percent, as long as the Legislature was furthering the intent of the initiative, rather than repealing it.

But current experience shows we can’t trust them to do that. Prop. 123, which we’ll vote on in May, would approve the key terms of a lawsuit settlement. And the lawsuit, of course, was over the Legislature’s failure to comply with Prop. 301, a voter initiative that increased the state sales tax to pay for education and, crucially, required annual inflation increases in funding.

The settlement offers the plaintiffs — school districts and other education interests — 72 cents on the dollar that the state was judged to owe the schools. In other words, the Legislature is refusing to comply with the terms of a voter initiative and the proposed solution would not meet the voters’ stated wishes.

But the case of education funding shows how a recalcitrant Legislature can effectively hold our stated wishes hostage. The legislative leaders promise to continue fighting against the Prop. 301 funding requirements in court if we don’t approve the settlement’s terms in May. So we must accede to their demands for a compromise on our stated wishes if we’re to get anything.

The same dynamic could play out in any voter-approved initiative that requires spending. So no, this isn’t the time to give the Legislature more power to undermine the voters. Their proven bad faith makes the case.

Plus JTED restoration, Flake on Scalia, and a downtown brewery.

Steller: Tucson a 'sanctuary city'? Not so fast

After SB 1070, few if any places in Arizona can be called sanctuaries for illegal immigrants.

Measure could increase property taxes for homeowners if approved by voters.

Near-space balloon company's promise doesn't have to be fulfilled for 16 years. 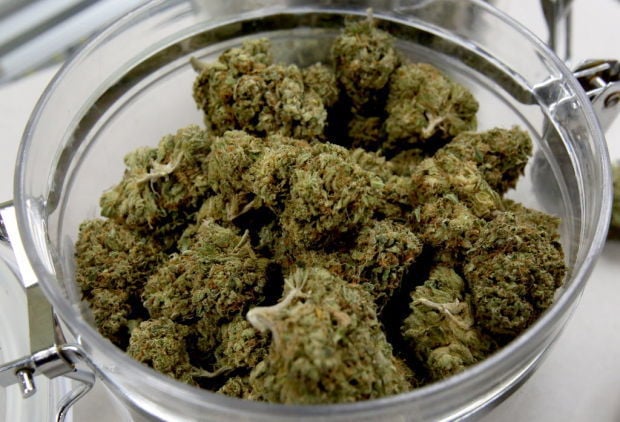 After the Legislature overturned a 1996 medical marijuana initiative, voters passed the Voter Protection Act in 1998.