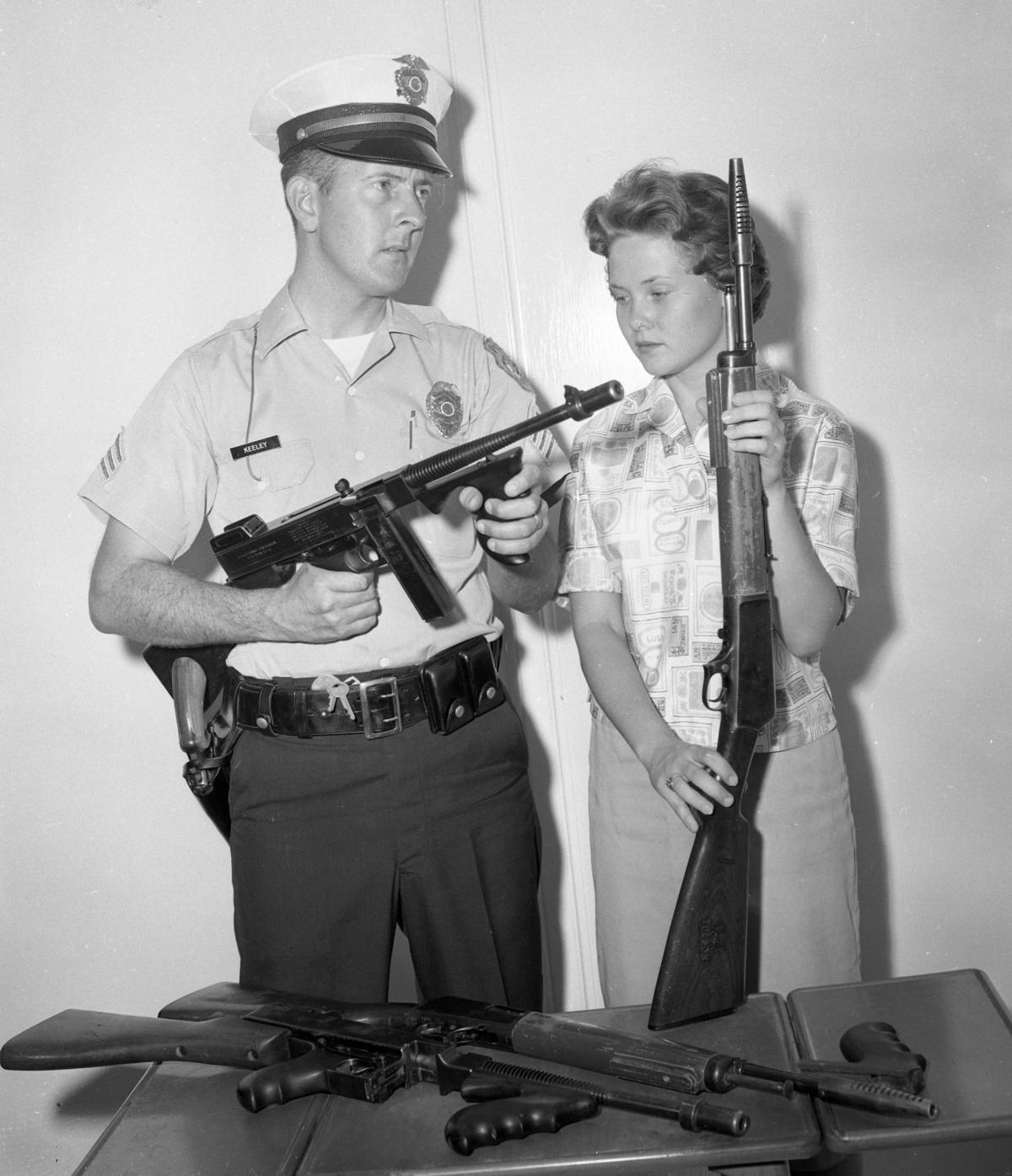 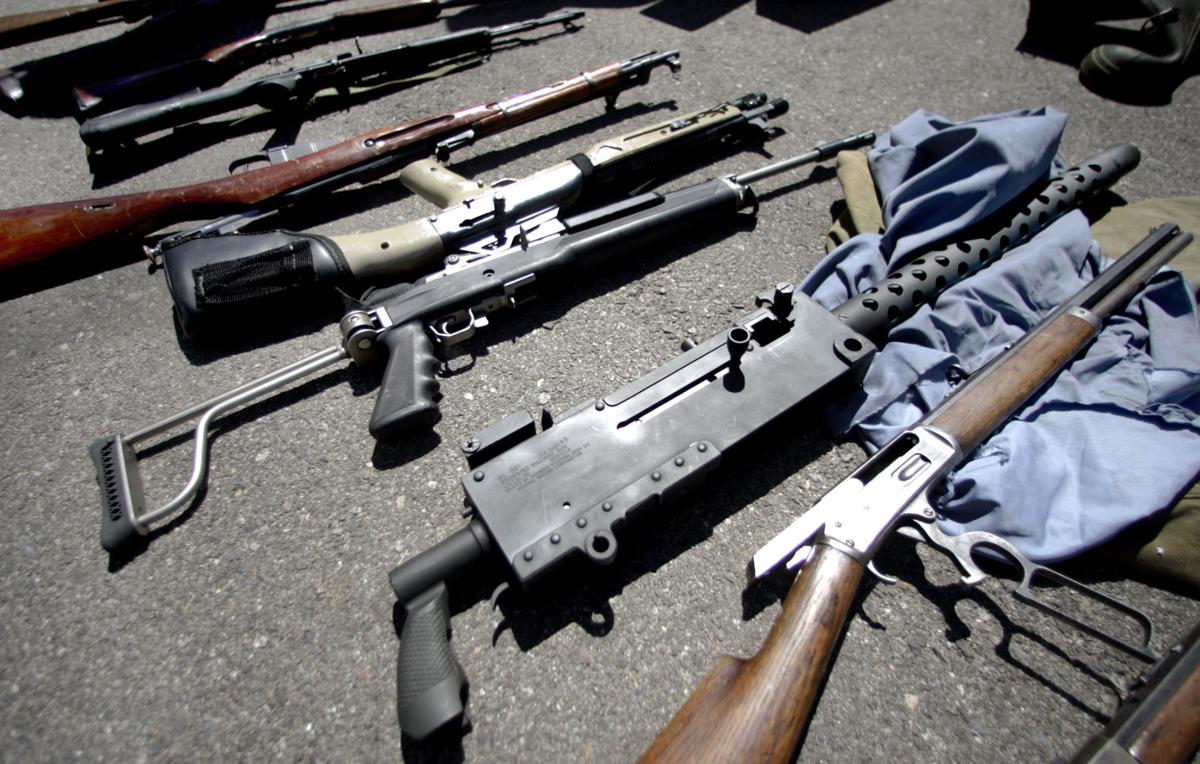 The city has said it will stop destroying guns seized by police while it fights a new state law that could cost it $115 million in funding.

Abstractly speaking, the city’s battle with the state is over our ability to rule ourselves, not about guns.

Tucson is fighting against a law, SB 1487, that imposes Draconian penalties on cities whose ordinances might violate state law or the Constitution. You could say that it’s just coincidence that the first city action to be challenged is a Tucson ordinance related to the destruction of seized guns.

But really, this battle has been about guns all along.

That’s been true from the state’s decades-old pre-emption debates to this new complaint against the city of Tucson.

Some of you may remember Tucson’s 1996 prohibition on guns in city parks. Local resident Ken Rineer deliberately got himself arrested carrying a holstered handgun in Himmel Park and challenged the ordinance. After court hearings, vetoed bills and legislative compromises, that eventually led, in 2001, to the Legislature passing a sweeping law prohibiting cities from regulating firearms.

But it wasn’t quite sweeping enough. Despite that 2001 law, Tucson passed the new ordinance in 2005, spelling out that the police department should destroy most guns that it seizes, which led to a 2013 state law prohibiting cities from destroying guns.

Beginning with the guns-in-parks debate, Tucsonan and NRA board member Todd Rathner told me, “Every year since then, we’ve had to run a new version of pre-emption.”

The state would try to stop cities from making laws about guns, the cities would find a loophole, and the state, urged on by the NRA, would try to eliminate those loopholes.

All this time, the people who actually handled the guns and managed their destruction were noticing. It happens that two of them were a married couple who were both officers in the Tucson Police Department. Bob and Sharon Callan are gun hobbyists who had roles at different times in disposing of seized guns.

For years leading up to 2005, Bob Callan was the armorer for the SWAT team and organized auctions of seized guns.

“When guns came up for destruction,” he told me Tuesday, “the ones that had value, I sent out notices to dealers that there were guns available for auction.”

Some of the seized guns were illegal — serial numbers removed, sawed-off barrels that were illegally short — and would be destroyed. The department also would not sell handguns. But the long guns with value were sold to licensed dealers, he said.

“I’d do that about three times a year — up until they passed the ordinance,” Bob Callan said.

He estimated that each sale generated $75,000 or more, which added up to at least $200,000 per year. The money went into a special TPD account and was used for equipment, he said.

“Once they passed that ordinance,” he said, “everything stopped.”

Years later, Sharon Callan was a lieutenant commanding the special-investigations unit. She was assigned to carry out one destruction operation, and it was a detailed operation.

First, officers matched each gun to one on a list of those to be destroyed, then the SWAT team took them to a metal yard. The metal-yard operators had to clear out whatever they were working on to exclusively smash the guns into little bits, and officers had to verify that they were destroyed. It worried some people who worked on the destruction operations, Sharon Callan said.

“Evidence technicians are concerned because, per the statute, they’re violating the law as well,” she said.

The Callans knew Rathner, a gun-rights lobbyist, and asked him, “Isn’t this supposed to be illegal?”

But they didn’t want to raise a fuss — they were still employed at TPD and angling for an optimal retirement.

Rathner knew state law prohibited the destruction, and he wanted someone to sue over it, but the problem was — who?

“The whole issue, all along, has been standing — how do we get standing in the court to sue on pre-emption?” he asked.

To City Council member Steve Kozachik, the fact that the NRA couldn’t find an injured person with standing to sue over the city’s gun destruction underlines an important point: No one is injured by the policy.

“We have had this in place for a decade,” he said. “We have had no reason to even think about this ordinance. This thing was operating swimmingly.”

But the NRA opposes any city efforts to regulate firearms, and pushed a bill in this year’s legislative session to give it a tool to sue. SB 1266 allowed pretty much anyone to sue a city attempting to do so. It imposes fines of up to $50,000 on the city, allows for firing of employees carrying out the policy, and says any successful plaintiff is due both attorneys’ fees and damages up to $100,000.

That bill was the one the NRA planned to use to fight Tucson, but then the nuclear option came into effect. SB 1487 takes away state-shared revenue from any city that violates any state law or the constitution — about $115 million in Tucson’s case. And it forces the Attorney General’s Office to handle any complaints made by a single state legislator, taking the legal burden off of individuals and interest groups.

After the Callans retired from TPD in December, they talked again with Rathner, who is a Tucson resident. He looked around for legislators willing to handle the complaint but knew that no legislators from Tucson would be interested. So he turned to Rep. Mark Finchem, a gun-rights hardliner and legislator from Oro Valley.

After Finchem was able to turn up evidence of TPD destroying firearms, he filed a formal complaint against the city.

But interestingly, that was not the first effort at using SB 1487 to force a city to comply. The first complaint, by Rep. Paul Boyer, was against the town of Snowflake over its handling of a marijuana greenhouse proposal. The town amended its agreement in order to address the concerns and the complaint was resolved.

In August, Sen. Gail Griffin, of Hereford, raised the issue of Bisbee’s plastic-bag ordinance, which requires that stores using disposable bags charge a 5-cent tax, of which two cents goes to the store and three cents goes to conservation efforts. The ordinance seems to violate an absurdly specific state law, which bans plastic-bag ordinances. But Griffin never filed a formal complaint.

So, not surprisingly, the complaint that will finally test the constitutionality of SB 1487 is about the issue that pre-emption has always really been about — city ordinances on guns.

Democratic representatives found a novel way to bring awareness to their push for gun control votes on the House floor.

Steller: Under Trump, journalists must insist on reality

Applications are no longer being accepted while the University of Arizona reevaluates both the job title and the responsibilities.

The City Council vote Wednesday was not unanimous, however.

The city has said it will stop destroying guns seized by police while it fights a new state law that could cost it $115 million in funding.