Some would call it a dream, others — a nightmare.

Are you ready for board Chair Ally Miller?

For three years, Carroll and Miller, the only Republicans on the five-member board, have been bitter rivals. Now, Miller is aligned with candidate Marla Closen, who hopes to fill Carroll’s seat.

Two other candidates are challenging board members Sharon Bronson and Ramon Valadez. If Miller and two others win, they could create a sort of tea party majority, with Miller leading the way.

My experience and research tells me that would be a bad thing.

I have appreciated the best of what Miller has brought to the board in her stormy first three years after replacing Ann Day: Skepticism about business as usual in Pima County government. The latest example, of course, is her valid questioning of the plan to build a headquarters for World View Enterprises in a county-funded incentive deal that would be paid back in 20 years.

But the problem is her healthy skepticism comes wrapped in unhealthy cynicism, self-centeredness and paranoia that I think would make a Miller-run county board disastrous.

Consider the phrase “damaging the brand.” I learned of this phrase recently and it helped me understand previously incomprehensible aspects of Miller’s years — mainly, why she makes so many whacky accusations along with the handful of pointed, accurate ones. In other words, why she’s so consistently negative about Pima County.

It’s all about damaging the brand. The brand, in this phrase, is the county government in all its aspects. And the idea is that if she can adequately damage the county’s image, voters will push out the board majority and longtime administrator Chuck Huckelberry with them.

Here’s the first sentence of an email Miller wrote to fellow opponents of November’s bond elections soon after those ballot issues lost.

I asked Jeannie Davis, whom Miller fired as chief of staff in late December, if “damaging the brand” was a phrase and concept used during her 21 months in the office. She confirmed that but would not elaborate, simply sending me this statement:

“I loved my job, was dedicated and worked tirelessly to support Supervisor Miller in my role. While her management style was contrary to my professional experience, I look forward to new opportunities and wish her the best.”

Former Miller aide Joe Cuffari didn’t know the phrase “damaging the brand,” but when I spoke with him last week, he said the concept was very familiar.

“The idea was there of ‘Let’s not work for the constituents, but let’s try to bring Pima County down,’” he said. “Her agenda was just to get herself re-elected and get the other supervisors out.”

That single-minded focus has benefited us at times. She was right, I thought, when she successfully called for an end to supervisors using their office budgets as a sort of slush fund, passing on excess amounts as grants to favored local charities. I have also agreed with her that the county is buying up and accumulating too much real estate.

But more often, she has made accusations that caused some damage, and when they were proved groundless, simply moved on to the next accusation.

When I talked to him Friday, Carroll put it this way: “She might have 100 conspiracies that she’s thinking exist, but only one in 100 actually exists.”

Miller, by the way, did not return my phone call or email messages.

One of my favorite conspiracies has been Miller’s repeated contention that Raytheon Missile Systems does not actually want the buffer zone that the county created through re-routing a road and buying property near the company’s plant. The idea was to give the company room to expand so any future growth would not go out of state, as the last big project did.

Miller said this in 2014 but has made similar comments a refrain whenever Raytheon comes up: “As a voting member of this board, one would think that the Raytheon members who want this road moved so badly would have contacted me directly.”

But some accusations have gone further: Twice Miller has taken accusations of wrongdoing by fellow board members to the Arizona Attorney General’s Office for investigation. And twice, the Republican-run AG’s office has said, “No thanks.”

Some of those employed by Miller’s office describe an erratic atmosphere. One moment, Miller would be happily working with the staff, the next minute, yelling at them and slamming doors.

“It was a tough environment,” Cuffari said. “You never knew what you were going to get.”

Cuffari said he worked with Miller for 45 minutes one morning, then a while later, she told him he was fired.

The turnover in her office has been astounding. As Carroll put it: “I’ve had less employees in 20 years than she’s had in three.”

These negative views of Miller’s performance as a boss are common but not universal. Sergio Mendez worked for Miller for a short time in 2014 and found a good atmosphere.

“Everything was fine. I never felt like I was terrified to go to work every day,” he said.

Mendez and others reported much of the work of the office consisted of going line-by-line through Huckelberry’s memos, budget documents and county-board agendas. The accusations that those searches produced have been the substance of Miller’s tenure, allowing her to pursue a “damage the brand” approach.

Another of Miller’s supporters, Gini Crawford, received the post-bond-election email and didn’t understand that reference to brand-damaging, but she does think the county has an image problem.

The difference between Crawford’s view and mine is that she sees the problem as strictly the county’s making.

“That lack of trust in Pima County is something they have done themselves,” said Crawford, who is also Closen’s campaign manager.

All it would take is two of those three challengers winning, along with a Miller victory to turn “damaging the brand” into something more consequential — undermining the operation of our local government.

Fix Our Pima County Roads page has more than 900 likes.

Correspondence with the public typically has to be retained for two calendar years.

Ally Miller: Pima Supervisors and administrator "damage the brand," not me

My job is to ask questions about questionable deals, and I do.

Tucson members of Satanic Temple plan to give convocation before Phoenix City Council.

Steller: Despite death, some good news at our trailer parks

An out-of-state company is trying to make a buck by providing decent housing.

Spaceport or space dust? If only we knew, Steller writes 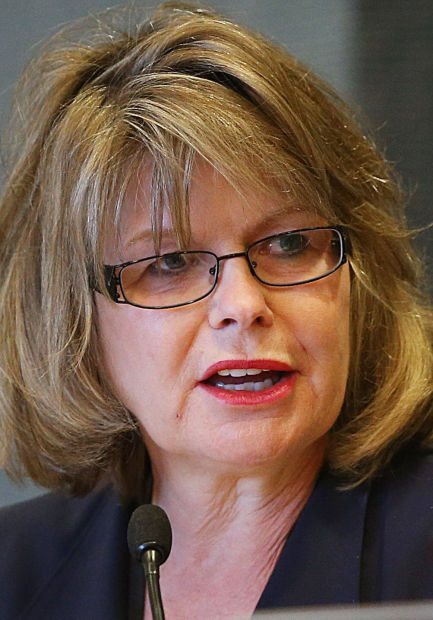