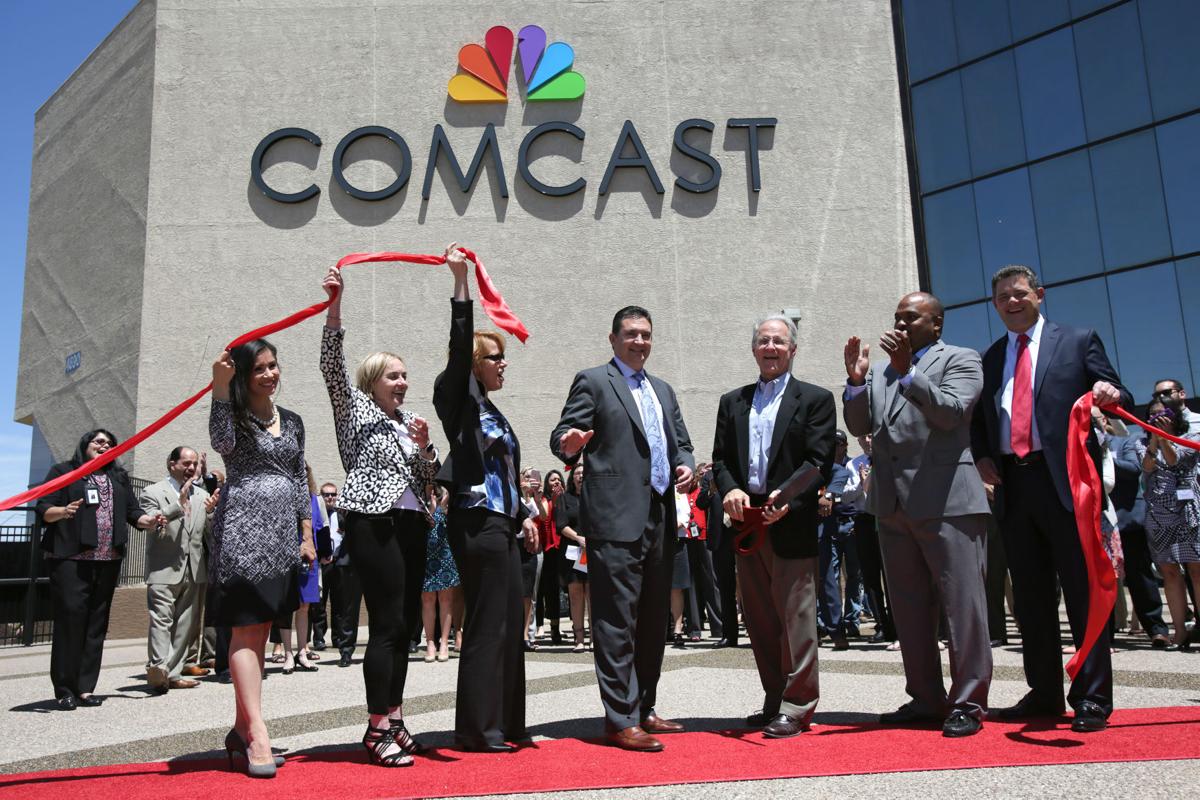 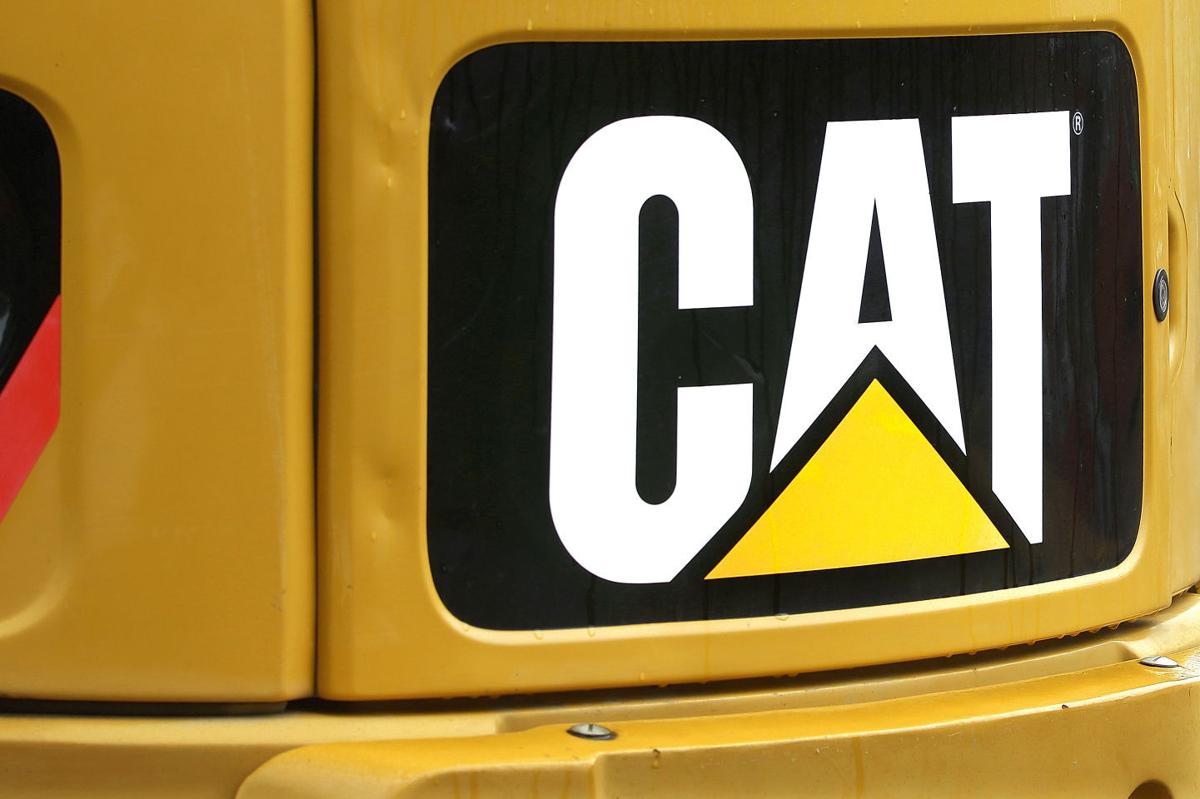 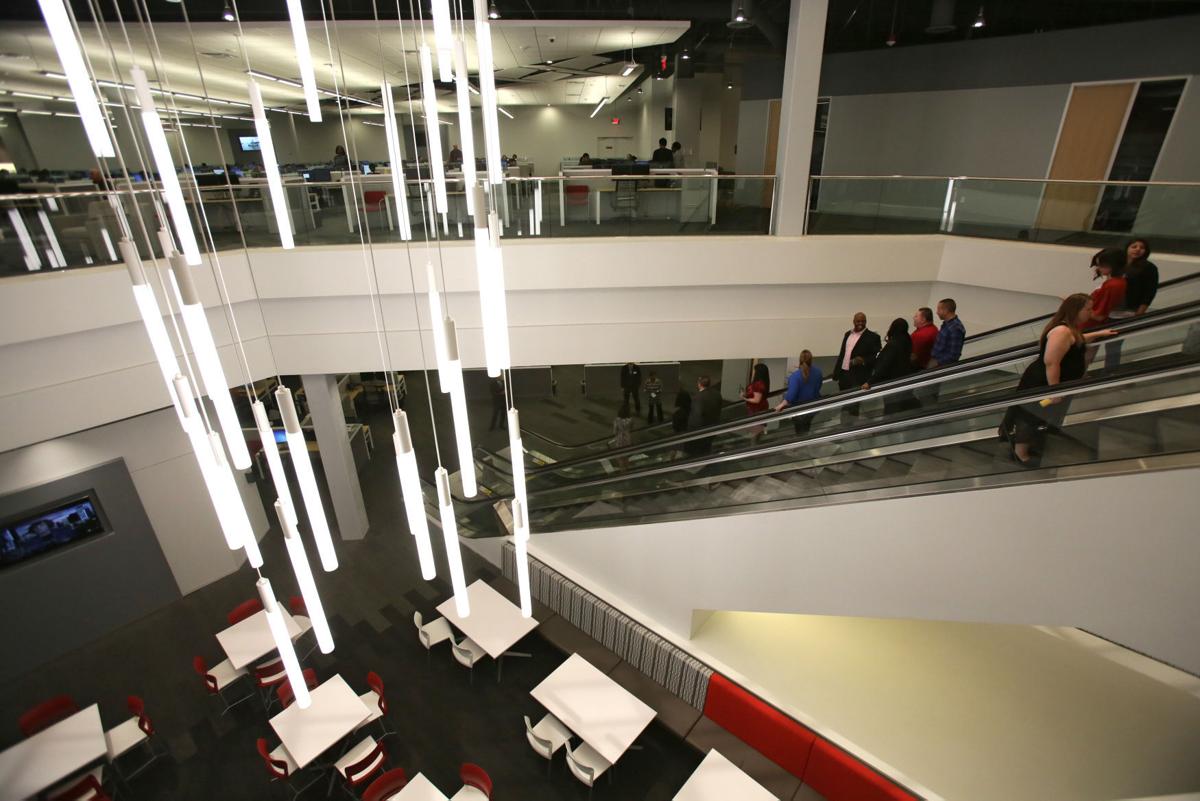 I couldn’t wander around the old American Home Furnishings building last week without thinking, “By God, incentives really do work.”

This long-vacant place on North Oracle Road is humming with hundreds of Tucsonans at work in a field far from retail sales. In the corner where I once selected an armoire, Comcast employees take customer inquiries in Spanish and English.

The city of Tucson struck the deal to get the new Comcast customer-service center here just last year, and already 700 people are working there. The city will rebate Comcast $189,000 in construction taxes and permit fees if the company verifies it has a minimum number of well-paid employees — 40 making at least about $52,400 per year.

Comcast looks like a tremendous success story. It’s one of a series of economic-development deals that have just come down, culminating last week with the exciting announcement of Caterpillar’s moving a divisional headquarters here. You can’t help but wonder if Tucson’s economy isn’t finally turning the corner.

We all hope so. Yet our history shows these deals are uncertain. What’s cause for celebration one day may become cause for recall elections and litigation a few years later. What makes a deal good, it seems, is making a good deal — and having good luck.

And what may bolster us better than anything is the continued hard work of building a better Tucson in all its aspects, from roads to education to regulation.

To grasp the vagaries of these deals, go back to 1988, when Tucson lured a manufacturer from Huntington Beach, California. Weiser Lock found the cost of doing business in California too high, so it explored the country, then moved manufacturing to an enterprise zone on Tucson’s southwest side, helped along with a $1.5 million municipal loan. Later, Weiser Lock moved its headquarters here and for years employed hundreds of Tucsonans in decent, working-class jobs.

I covered it in 2000 when the company began bringing workers from its Nogales, Sonora, plant to Tucson for weeks of training as Weiser prepared to ship all manufacturing south. It paid the trainees in Mexican wages even though they were working in the United States, making products. Eventually, the company disappeared.

In 2006, during the housing boom, we were able to fill the Weiser Lock building with Pella, the window and door manufacturer, without providing any major incentives. That company disappeared from Tucson after the housing bust. Nothing is certain.

It’s easy to remember the failures: SlimFast (lured in 2000, gone in 2004), Major League Baseball’s spring training (outta here in 2010), the American Airlines call center (closed in 2012), others. But it’s also worth studying the successes — and repeating them if possible. I talked to Kendall Bert, the longtime economic-development director for the city, on Friday. And he recalled what was likely the biggest success of his career: The establishment of Hughes Missile’s headquarters here in the early 1990s.

From this distance, with Raytheon in charge of Tucson’s missile business for 19 years, it’s easy to forget not only that it was once Hughes Missile, but also that the employer was in decline. Its peak employment had hit 9,000 in 1986, but fell below 4,000 in 1992. That year, the company bought General Dynamics’ missile business and decided to move the headquarters to Tucson.

As Bert explained, the city committed to paying $1.5 million per year for five years as long as Hughes added 2,000 jobs. It did.

”In my view, it was an incredibly good deal for the community,” he said. “At the time, if they lost one more missile line, they were about to move out of town. It formed the basis for a lot of expansion later.”

Keeping Hughes Missile, and the division headquarters after Raytheon bought the company, has benefited Tucson. But the future, of course, is unwritten for our most real incentive-deal recipients.

Comcast looks to be a promising concern. Then there is HomeGoods, building an 800,000-square-foot distribution center near the airport, in part with city incentives. And we all know about World View Enterprises, the near-space balloon company for which Pima County is building a $15 million headquarters, to be leased back and paid back over 20 years.

Most of these deals fit into what incentives expert Peter Fisher told me are good practices. They match our existing economic activities or advantages, and we are not throwing money at the companies without demanding some verification that they are producing jobs — some “clawback” as they call it.

What’s important for governments to offer is “something that rewards longevity instead of throwing a bunch of money at them,” said Fisher, who works at the Iowa Policy Project and has written books on incentives.

In the case of Caterpillar, we know that it fits our regional economic traditions — the company is putting its surface mining and technology division here. That’s an industry where Southern Arizona has longstanding strengths.

But what about the deal? We are planning to defray the cost of the move, via $4 million in straight-up contributions from the Arizona Commerce Authority and $2 million from the Rio Nuevo district. We are planning to build the new headquarters, with $50 million in money from Rio Nuevo. And we are offering a cheap lease at a county-owned building in the meantime.

Fletcher McCusker, chair of the Rio Nuevo board, assured me that, “There will be strings attached” to Caterpillar’s incentives. But most of them are part of an as-yet-undisclosed deal with the state commerce authority, the details of which are key.

”The company has committed to creating 635 projected new Arizona jobs over a five-year period, with an average wage of approximately $90,000,” commerce authority spokeswoman Susan Marie said.

The city of Tucson will also likely be on the hook for primary jobs incentive rebates, the same ones given to Comcast, if Caterpillar makes good on its hiring.

Less officially, the idea is that Caterpillar’s presence on the west side of the freeway downtown will help ignite investment in the 22 vacant acres that will remain, land that has long been expected to feature cultural projects related to Tucson’s origins. “We’ve always suggested that one begets the other,” McCusker said. “Commercial activity from a company like Caterpillar could activate the other activities on the site.”

So these deals look good so far, as long as the companies are required to fulfill their ends of the bargains. But, as Fisher told me, recruiting companies is no substitute for building the economy the old-fashioned way.

”All the publicity and a lot of the money gets thrown at relocations,” he said. “But we need healthy local and state governments that have resources to fund education and infrastructure. The more they give away scarce tax revenue just to move jobs around, the less they have for those essential state functions.”

And those fundamentals are what best build a sound local economy, even if we get boosts here and there from exciting new arrivals.

Tucson is a great place to live and work.

Pro teams like the Coyotes may have soaked other cities, but not Tucson.

Service is designed to have would-be lenders bidding for the business.

Plus items on Gowan's rough day, an Uber offer and Democratic delegates.

Steller: Voting on school funding measure not as easy as 1-2-3

No vote means we have a tough road ahead for improving Arizona's schools.

May 15 Letters to the editor