Steller: Leave Tucson, Pima County out of airline subsidies
Share this
1 of 2 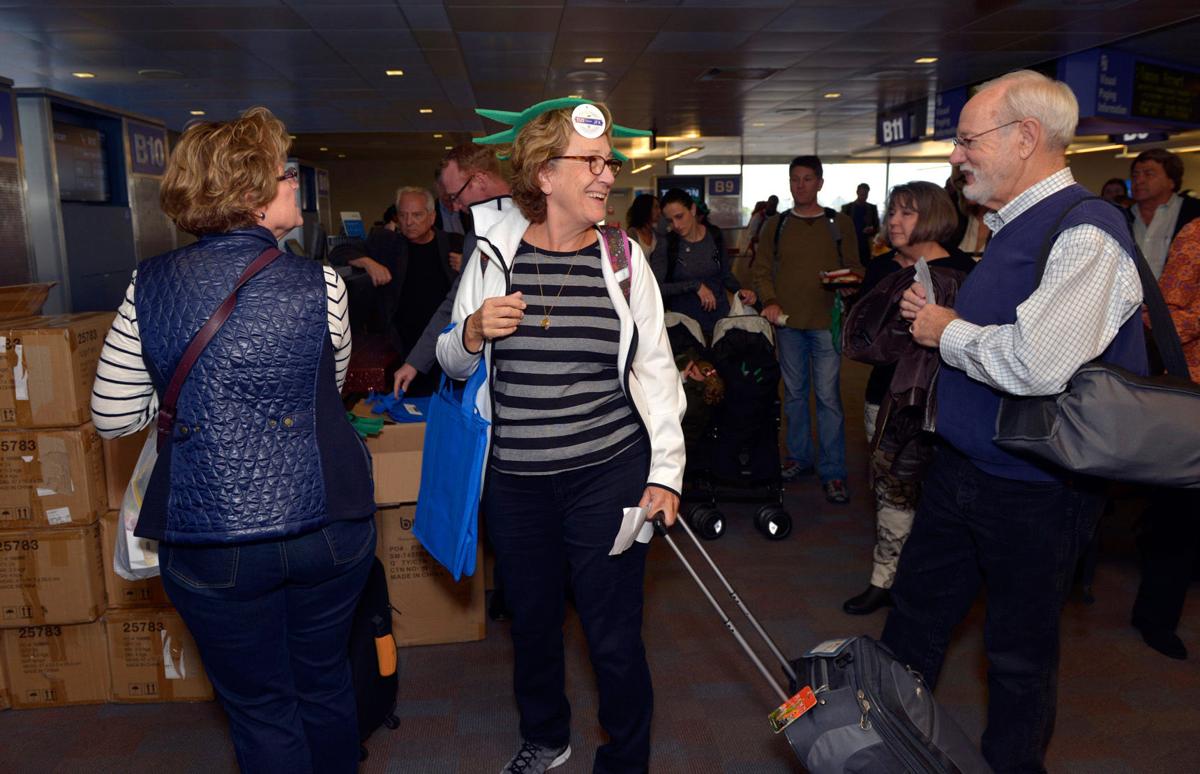 A couple of years ago, Mike Varney was passing the hat among Tucson business owners.

It might seem like a weird way to get an airline to fly between here and New York City, but that was the means the president of the Tucson Metro Chamber had available.

And it worked. Local private donors committed to dropping big bucks, up to $1 million, to help Varney reach the needed threshold of $3 million. Without those commitments, which American Airlines could draw on in case of inadequate revenue, the airline was unwilling to fly nonstop between Tucson International and John F. Kennedy airports.

But among the many commitments of private donations, there were also those pesky public contributions. Those, it turns out, are a sticky issue.

Pima County Administrator Chuck Huckelberry agreed informally, without bringing the issue first to the Board of Supervisors, to contribute $100,000 toward the effort. That amounted to about 3.3 percent of the total needed.

The city of Tucson made some sort of affirmative gesture, it seems, agreeing to a request to chip in $75,000, or 2.5 percent of the total needed. I phrase it that way because nobody with the city has confirmed agreeing to that amount, but City Manager Mike Ortega acknowledged there was an agreement in principle to support the effort.

American rarely made the minimal amount of money required to keep from dipping into the $3 million fund. Under the terms of the agreement, by the way, American could draw from this guaranteed revenue fund if it didn’t make enough money, but if it made more than enough, that excess did not roll over into the next period. It just kept the money.

The problem early on wasn’t just that the flights were less full than needed — around 70 percent full rather than about 80 percent — but also that one-stop competition to New York City undercut American’s expected fares.

“We knew we could encourage people to get on the plane, but we couldn’t control the prices,” said Bill Assenmacher, CEO of Caid Industries, who helped run the fund and was one of its biggest contributors. “They’re giving these damn tickets away, and it’s been disappointing.”

The result was that American immediately signaled in January that it would need to draw on the revenue guarantee fund. The disappointing first two months qualified the airline to draw $1.3 million from the reserve fund. Since then, it appears to have qualified for another $1.3 million.

That’s why Assenmacher & Co. have been letting committed donors know their money is needed now. And that’s what brought into the public eye the fact that the county and, apparently, the city have been making financial commitments to this airline project without asking their elected boards first.

Not a good idea.

For one thing, the staff can’t guarantee that the county Board of Supervisors or City Council will follow through and release the money. For another, there’s a question as to whether the subsidies from the city and county violate the state constitution’s Gift Clause, which prohibits public subsidies to private companies without a sufficient return to taxpayers.

In the county’s case, only Republican Supervisor Ally Miller raised a serious concern about fulfilling Huckelberry’s $100,000 commitment. Even fellow Republican Steve Christy split from Miller and voted with the three Democrats to spend the money.

In the city’s case, rather than pay out the first half of the $75,000, as requested, the city administration asked Visit Tucson to cover the bill. This amounted to an extra payment for the agency charged with promoting tourism in the area — Visit Tucson had already committed $250,000 of its own.

“We’ve fronted the $37,500 at this time,” Visit Tucson CEO Brent DeRaad told me Friday. “We could very possibly be getting reimbursed.”

This is a bit troubling to me — not because the agency in charge of promoting tourism in the Tucson area is paying the money. That actually makes sense. But because of the timing: Tucson wiggled out of its commitment in the month or two leading up to the important sales-tax election that concludes Tuesday.

It probably wouldn’t look right for a city in the midst of asking voters to charge themselves an extra half-cent per dollar on purchases to simultaneously hand over a $75,000 subsidy to an airline.

When I asked Ortega Friday if the election was on his mind when asking Visit Tucson to take on that burden, he said, “Absolutely not.”

Maybe that’s the case. But then why would the city consider reimbursing Visit Tucson later for the money spent today?

Here’s something for sure: We don’t need to be spending general-fund tax money on subsidizing airline flights, even though they are good for business. If any tax money is going toward recruiting airlines, it should come from Visit Tucson. The agency’s funding comes primarily from hotel bed taxes charged in Tucson, Pima County and Oro Valley.

DeRaad and hospitality-industry representatives have already begun talking about funneling some bed-tax money and donations from hotels and resorts into a new revenue-guarantee fund.

That’s the way to do it, since we can’t keep expecting the same handful of business people to hand over hundreds of thousands of dollars, and we shouldn’t ask the city and county.

The idea is that next time we land a nonstop to another new destination, the revenue guarantees can be in place, but they won’t actually have to be used because the flight is financially successful. Then, free of general-fund commitments, they can be reused to land the next nonstop, too.

Letter: Re: the May 13. article “Steller: Leave Tucson, Pima County out of airline subsidies”