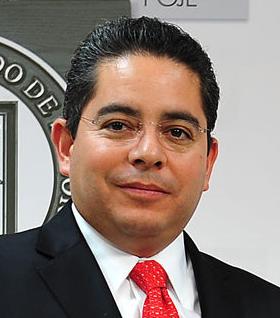 Roberto Romero Lopez, the number two official in the Sonoran government that left office in 2015, is accused of corruption. He was arrested in Tucson in May 2017. 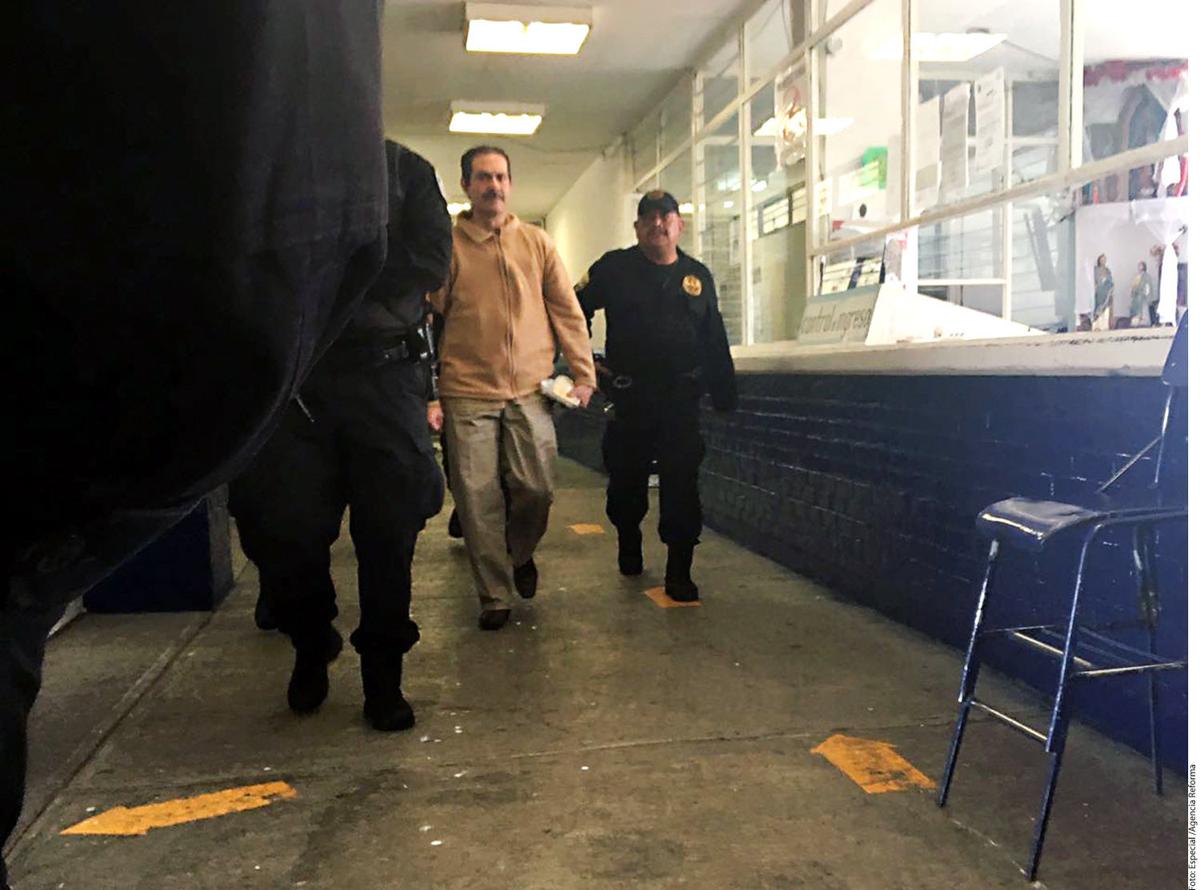 The former governor of Sonora, Guillermo Padres, walks down a corridor in a Mexican prison in 2016. He remains imprisoned on corruption charges.

You can live your whole life in Tucson and not realize it’s a foreign city.

That’s because you’re not looking at it from the south.

Viewed from northwestern Mexico — Sonora and Sinaloa, mostly — Tucson serves as a sort of haven, just out of reach of the problems of home and close to the conveniences of the United States. Changes in government sometimes lead to people in politics heading north to cool their heels as new power arrangements are worked out.

Years ago, I reported on the 1999 escape of a newspaper owner in Hermosillo, who had to flee in the trunk of a car after the state police seized the paper and surrounded his house. He fled to his second home in Tucson and remained for years.

But lately, the border is not providing much protection for those who are seeking a sort of exile in the Old Pueblo or other parts of Arizona. The unfolding scandal involving corruption in the last Sonoran government led to the arrest last week in Tucson of the former second-in-command of Gov. Guillermo Padres’ administration, Roberto Romero Lopez.

This comes after years of investigation have uncovered what may have been laundering of millions in diverted public money here as well as the arrest of another former official hiding out in Arizona.

“The Arizona-Sonora region has a lot of contact and communication,” Gilberto Gutierrez, president of the PRI party in Sonora, told me by phone Friday, in Spanish. “But at the same time it’s a region where there are two jurisdictions, two legal systems, each autonomous from the other.”

“These Mexican officials who have legal cases against them go to the United States, especially to Tucson or the other urban areas of Arizona, believing they won’t be apprehended there.”

Surprise! They have been, but not on criminal charges. Rather, U.S. immigration officials have arrested former officials in the Padres administration for living in the United States on improper visas, for overstaying, or that sort of thing. The intent is clearly to fulfill Mexico’s arrest warrants, but an arrest for immigration violations can make it easier to remove them from the country without going through an extradition process.

Romero Lopez became an especially disliked figure in Sonora during the reign of Gov. Padres, a former mayor of the mining town Cananea, south of Sierra Vista. Like other members of Padres’ administration, notably the governor himself, Romero Lopez suddenly became conspicuously wealthy just a couple of years after assuming office.

Most important, though, was the ranch he bought near Hermosillo, where he tried to grow walnuts. Under his ownership, the bed of the Rio San Miguel was diverted away from the orchard to protect it, and that led to flooding that inundated a village downstream in June 2015.

Romero Lopez is being held at the Eloy detention center, but his wife, Monica Robles Manzanedo, who was also arrested here, is not listed among immigration detainees.

Another of the top officials in Padres’ government, Carlos Villalobos Organista, was arrested in the Phoenix area in April and is also being held in Eloy.

The connections to Southern Arizona and the use of this city as a haven apart go further back in this Sonoran corruption scandal. Documents obtained by the Mexico City newspaper Reforma say Tucson was one of the key cities where relatives of Padres moved money, allegedly public money that was diverted into private hands.

Citing documents obtained by Mexican federal investigators, the newspaper reported that between 2011 and 2014, Padres family members used a company called Dolphinus C.V. to move $8.9 million through Morgan Stanley accounts and a Wells Fargo private banker, Agustin Elias, working in the branch at 2195 E. River Road. Elias is not accused of any wrongdoing, and neither he nor the bank would comment.

The money moved around the world, to accounts in places like Holland and New Zealand, the documents say. It may have paid for some of the many thoroughbred horses that Padres acquired during his governorship and which he housed in newly constructed, air-conditioned stables at his newly purchased ranch.

The air-conditioned stables, when they emerged in the news, outraged many Sonorans, as did the news that Padres had built a massive dam on the property to create a reservoir for water to irrigate his walnut orchard.

Padres himself has been arrested and detained in Mexico. Before this scandal, he was a well-known and -liked figure in Sonora-Arizona relations, a bicultural figure who attended the New Mexico Military Institute and was the first member of the PAN, or the National Action Party, to win the Sonoran governor’s office. But the brazen corruption of his administration has tarnished his reputation and landed many members of his administration in the sights of a special anti-corruption prosecutor’s office.

None of this is to say that the many Sonorans who own houses up here or come to stay here are typically wanted or on the run. On the contrary, it’s a normal thing for people with enough money to buy a place in Tucson, as Margie Emmermann, former director of the Arizona-Mexico Commission, explained to me.

But she, too, acknowledged it can be a place to lie low when there are problems back home, especially political conflicts.

”Arizona and especially the Tucson area is a place people come to until things get sorted out. They either own a home, know someone who owns a home, or it is just a place that feels familiar to them,” she said. “When you want a safe haven, you go to some place familiar.”

That’s Tucson — your hometown, a Mexican shoppers’ destination, as well as a haven for those who need to move some money or just lie low for a while.

Mary Sally Matiella, a former high-ranking official in the U.S. Army, is exciting some Democrats.

The bribery indictment of big Phoenix political players should awaken us to systemic legal corruption.

Trump's symbolic border wall led to symbolic resolutions against it and a final symbolic counter-resolution.

Roberto Romero Lopez, the number two official in the Sonoran government that left office in 2015, is accused of corruption. He was arrested in Tucson in May 2017.

The former governor of Sonora, Guillermo Padres, walks down a corridor in a Mexican prison in 2016. He remains imprisoned on corruption charges.