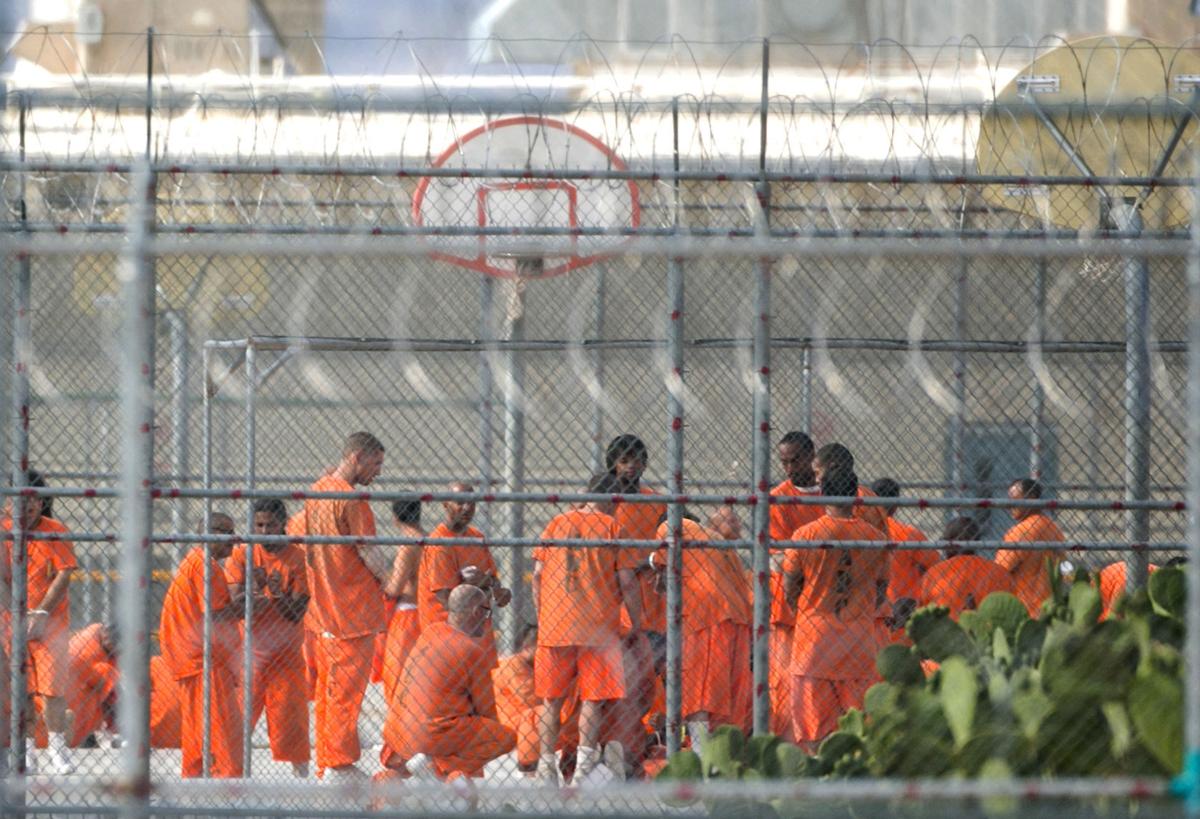 A public uproar ensued. Even the governor got involved.

And Huff realized he’d made a mistake.

“I won’t go back to Tucson,” he told an Arizona Daily Star reporter. “It would be too dangerous for me.”

He went on, “I apologize to the Tucson community for all the trouble. It was wrong for me to come back there and bring up old fears. I knew I’d have a problem there, but I didn’t expect the protest to be so big.”

It was the mid-1980s. But the situation seems to be repeating.

Huff, convicted of murdering two Sierra Vista girls in 1967, is back in a Tucson halfway house again. Morgan Loew, the KPHO TV reporter in Phoenix from Southern Arizona, revealed last week that Huff, now 66, has been living in a Tucson neighborhood for more than a year, since his release on home arrest by the Arizona Board of Executive Clemency.

No neighborhood notifications were made. The authorities were unaware. But so far, the situation seems to be working out. Huff has had no legal problems that court records show. If he had problems, he’d probably have been put back in prison.

But is it OK to have a man who as a teen brutally and senselessly killed a 6-year-old and a 7-year-old living here among us?

To try to answer the question, go back to 1967. Sierra Vista was a small town of not much more than 5,000 people dominated by Fort Huachuca. Cindy Clelland, 7, disappeared on April 30.

Three days later, her body was found in the desert. She’d been strangled, mutilated and disemboweled. Four days later, the police received a letter from a writer calling himself “The Phantom,” who threatened to kill a child on a specific street soon. He called them “fools.”

On June 22, 6-year-old Janelle Haines — who lived on a different street than the threatened child — was found dead on Fort Huachuca near the Lakeside Officer’s Club. She had been stripped naked and bashed in the head with a rock. A week later, officers arrested Huff, then 16.

He pleaded guilty to a federal murder charge in the killing of Haines and received a life sentence. In the state case, for killing Clelland, Huff received a 40-year to life sentence. They were to be served concurrently.

This, of course, was all before truth-in-sentencing laws turned prison terms from optional to draconian. In 1982, the Arizona Board of Pardons and Paroles released Huff to federal custody but tried to retain control if there was ever a chance he’d be released. It didn’t work.

In November 1984, Huff was released to a halfway house on Miracle Mile. He would bicycle to work as a janitor at Tucson International Airport, the Star reported, but outrage grew that he had been released from prison at all.

A group called “We, the People” formed and called for him to be imprisoned again. Gov. Bruce Babbitt got involved. By January 5, 1985, Huff was back in federal prison, not to be released again until 31 years later, on Jan. 4, 2016.

All those years were marked for Darlene Roy by Huff’s parole hearings. Roy, who was 12 when her little sister Cindy Clelland died, regularly phoned in to listen to and oppose Huff’s release when the hearings came up. It was a twice-a-year occasion because the laws of the time he was convicted required hearings that often.

They regularly rejected his requests. Then, on Dec. 2, 2015, the Arizona Board of Executive Clemency shocked Roy by changing its mind.

“He had a clean record while he’s been in prison,” Roy recalled board members saying. “They didn’t seem to have any more reason to hold him.”

Now, they didn’t release him altogether. In fact he’s still considered an “inmate” though he’s not in prison, the director of the clemency board told me in answer to emailed questions. He’s under home arrest at a halfway house in midtown, Ellen Kirschbaum noted.

Huff also wears a GPS monitor and meets weekly with his supervising officer, she wrote. “He is placed on the most intensive supervision within the Department of Corrections Community Supervision.”

So that’s not nothing. And yet, Loew’s video showed that Huff is living in a neighborhood where kids freely pass by, and that he occasionally bikes around. Is it really too much to notify the neighbors that a man convicted of killing small children is moving into the neighborhood?

Kirschbaum told me by law the board notifies registered victims, of whom Roy was one of three in this case, as well as the Attorney General’s Office, the arresting agency and the county attorney’s office in the county where the crime took place. But it doesn’t inform neighbors, as happens when some sex offenders are released.

“The board has no statutory authority to require an inmate released on home arrest to register as a sex offender if there is no court order to that effect,” she wrote.

There is no order of that sort in Huff’s case because the murders were not considered sex crimes. In other words, you may get word if a released rapist moves into your neighborhood, but not if a released child murderer does.

The argument can be made that Huff merited release from prison and has proved it by staying out of trouble while under house arrest. But the lack of notification makes no sense.

Police searching for two men who ran from the scene.

Current system has not created a better educated society, he says.

Police have arrested one person in connection with the April 25 incident.

Despite the media attempts to make a story of a proven non-issue, it does " make sense" that notification of William Huff's release was not ma…

A law signed Friday by Gov. Doug Ducey will give people a better chance of knowing before new prison facilities are opened in their neighborhoods.

Once out of prison, he faces lifetime supervised release.

This case was part of Project Safe Childhood, a nationwide federal initiative.

The case involved a 16-year-old victim.

William Huff's parole officer found an 8-year-old girl sleeping at Huff's Tucson residence this week, in violation of his parole.