Tim Steller: Ouch! UA gets slammed for PC ideas with a bit of merit
Share this
1 of 2 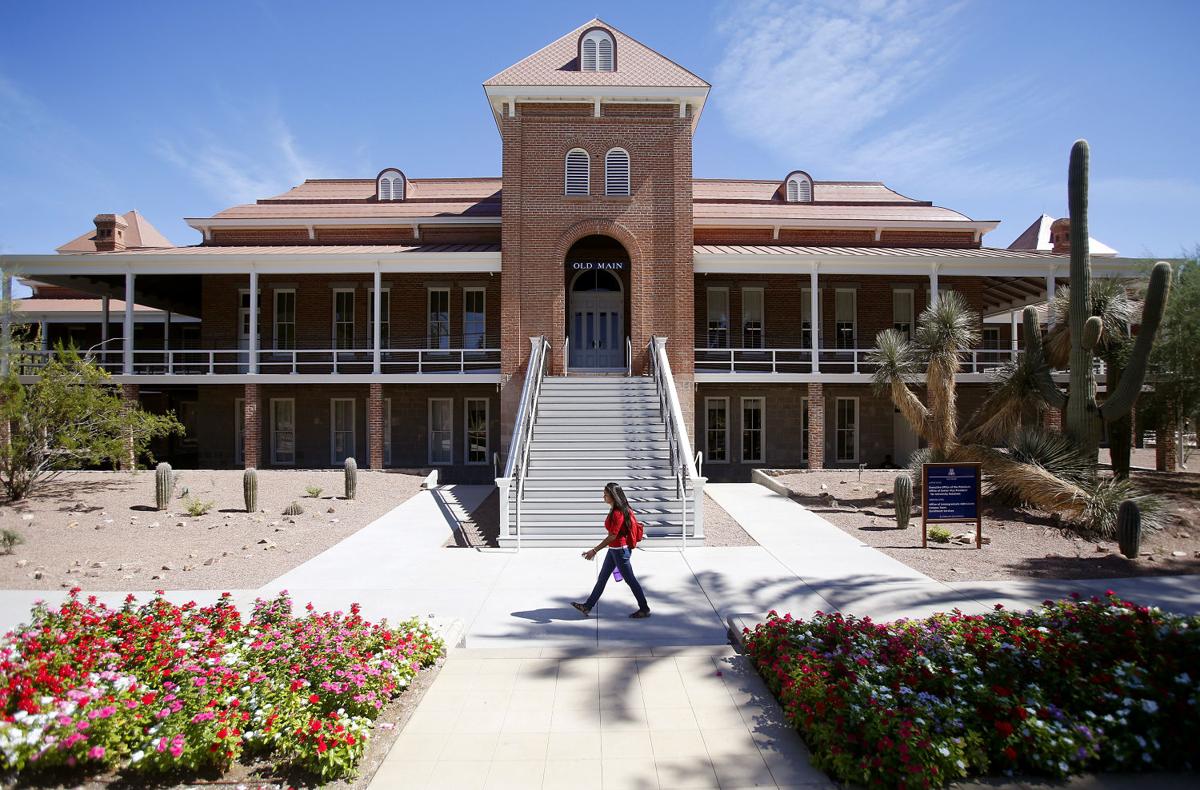 Old Main at the University of Arizona

In a 20-page document called “Diversity and Inclusiveness in the Classroom,” the University of Arizona’s “vice provost for inclusive excellence,” Jesús Treviño, suggested a way of dealing with offenses committed in the college classroom, a method that apparently exists at several campuses.

“If a student feels hurt or offended by another student’s comment, the hurt student can say ‘ouch.’ In acknowledgment, the student who made the hurtful comment says ‘oops.’ If necessary, there can be further dialogue about this exchange.”

It’s the kind of touchy-feely idea on college campuses these days that drives some people insane — I’m often among them, shaking my head at the absurdity. And so, on March 15, Tucson radio talker Garret Lewis lambasted the guidelines on his KNST 790-AM morning show. Then the usual set of right-leaning outlets picked up the story.

None of the publications bothered to contact the UA, spokesman Chris Sigurdson told me. That’s bad journalism.

Nevertheless, they weren’t wrong in their criticisms. The guidelines seem to fetishize the idea of “marginalized” groups and protecting their multiplying ranks from offense.

For those who haven’t kept up, “latinx” was invented to replace the masculine-gendered adjective “latino” and also “latin@,” which originally replaced latino but was considered exclusionary because it only reflects masculine and feminine gender. “LGBTQIA+” takes in intersex people, asexual people, and anybody who isn’t actively heterosexual.

Beyond the elaborate lingo, some of the ideas seemed obvious, juvenile or just plain strange.

“Collages and other forms of art tap into students’ creative and visual side,” Trevino wrote. “Here students might be asked to create a collage depicting intergroup relations or intergroup concepts and ideas.”

Can you imagine spending your precious college years making a collage showing intergroup relations, concepts or ideas?! Better to save the tuition and go to truck-driving school.

But I may be a particularly prickly audience for this kind of thing. I first heard the phrase “P.C.” when I visited Oberlin College in Ohio as a high school senior. It was 1986, and I had to ask to find out it meant “politically correct.” Then I had to ask what that meant. By the time I graduated from college there, I practically had a degree in political correctness.

By now, the phrase has become so pervasive and overused, it’s practically lost all meaning.

But I got my deepest lesson in this uniform campus mindset when I was a college senior at Oberlin in April 1990. Larry Kramer, who founded the AIDS advocacy group Act Up, spoke at the auditorium one Friday night. After his inflaming speech, students gathered spontaneously outside the student union. After some speechifying by the usual campus activists, one of them proposed a march “against bigotry” to the college president’s house a couple of blocks away.

To this day I regret not having the courage to raise my hand in that crowd of perhaps 100 students and ask the question on my mind: “Why?” It was late at night. It seemed like an overly generic cause. And there was no particular reason to go to the college president’s house.

But the march happened, and I hesitantly joined. A student rang the president’s doorbell. Anticlimactically, nobody answered because they weren’t home. So the decision was made to “sit in” on the president’s lawn. The whole thing was farcical and would have ended quickly, except the town police unexpectedly showed up. What happened next would not be called a “riot” because there was little or no violence, but it certainly became a mass disturbance, with arrests, physical struggles, some baton swings, and police vehicles blocked in by gathering protesters.

Looking back, it was all pointless — the march, the police response, the disturbance, the arrests. And that, among other experiences, helped build my skepticism to initiatives like this new one at the UA.

If you talk to Treviño and read the guidelines carefully, though, you see some valuable material in their heart. Most of all, it tries to show UA faculty members how to run classroom discussions so everyone is heard and everyone learns.

Treviño, hired as the university’s diversity officer last year for a whopping $214,000 salary, told me he cobbled together the document from lessons he’s learned, in rapid response to the 2016 general election. Some professors were having a hard time with polarizing classroom discussions and wanted suggestions, Treviño said. But the problems weren’t and aren’t pervasive.

“Most of the teaching that takes place in higher education is free of conflict,” he told me. “Across higher education, you do have these incidents, but it’s not as if every day we can’t talk to each other because people are offended.”

Treviño labeled the contents as “merely suggestions for faculty who want to engender the broadest possible perspectives, opinions, and experiences and to maximize free speech in the classroom.”

While the document works to ensure the aforementioned “marginalized” groups are heard and not subject to offenses, many of the suggestions would also protect politically conservative students or other minority viewpoints on campus.

“If you are going to express your political opinions in the classroom,” Treviño wrote to the notoriously liberal faculty, “understand that there is a risk of silencing students who do not agree with your views. As a faculty member, when you express your views to students you are doing so out of a position of power.”

In another section, he writes, “It is important to constantly mix the students so that they can get to know everyone in class, not just those they are comfortable with.”

One that really struck me, since I’m a loudmouth, was, “People who listen more than they speak often have more of value to share.” Indeed.

So, yes, the phrase “microaggression ,” used often in these guidelines, makes me squirm. It could be used to enforce ideological uniformity if opposing viewpoints are labeled “microaggressions” against marginalized groups, requiring an “ouch” and an “oops” of apology.

But if used honorably, many of the lessons could have the opposite effect: opening up discussions to broader, free-flowing speech rather than pinching it down.

"Diversity and Inclusiveness in the Classroom"

The University of Arizona's diversity officer, Jesus Trevino, wrote these guidelines to classroom discussions in November after hearing of cla…

UA hires two diversity officials instead of one

Part of stepped up effort to combat racism, discrimination on campus.

You can make the right move and still get it all wrong.

A 19-year-old woman was killed early Sunday after she was struck by a vehicle while lying in the road in midtown, police said.

Re: the March 26 article “Pander-monium at the University of Arizona" and "UA's 'ouch/oops' idea can lead to a hmm moment"

Letter: Baby talk at the UA

The Arizona Legislature has approved calls for a convention of states for constitutional amendments.

Applications are no longer being accepted while the University of Arizona reevaluates both the job title and the responsibilities.

Legislation would protect " ' Bernie bros' and I guess the other equivalent fans of Milo Yiannopoulos, or whatever,'' sponsor says.

Journalist Ralph Amsden had been tweeting reminders to his followers about the failures of Sharon and Jeff Pichotta's athletic program, Tucson Tech.

Both UA and ASU have banked much of the money given to them by lawmakers for future use, though it’s unclear what it will be spent on or when.

Old Main at the University of Arizona