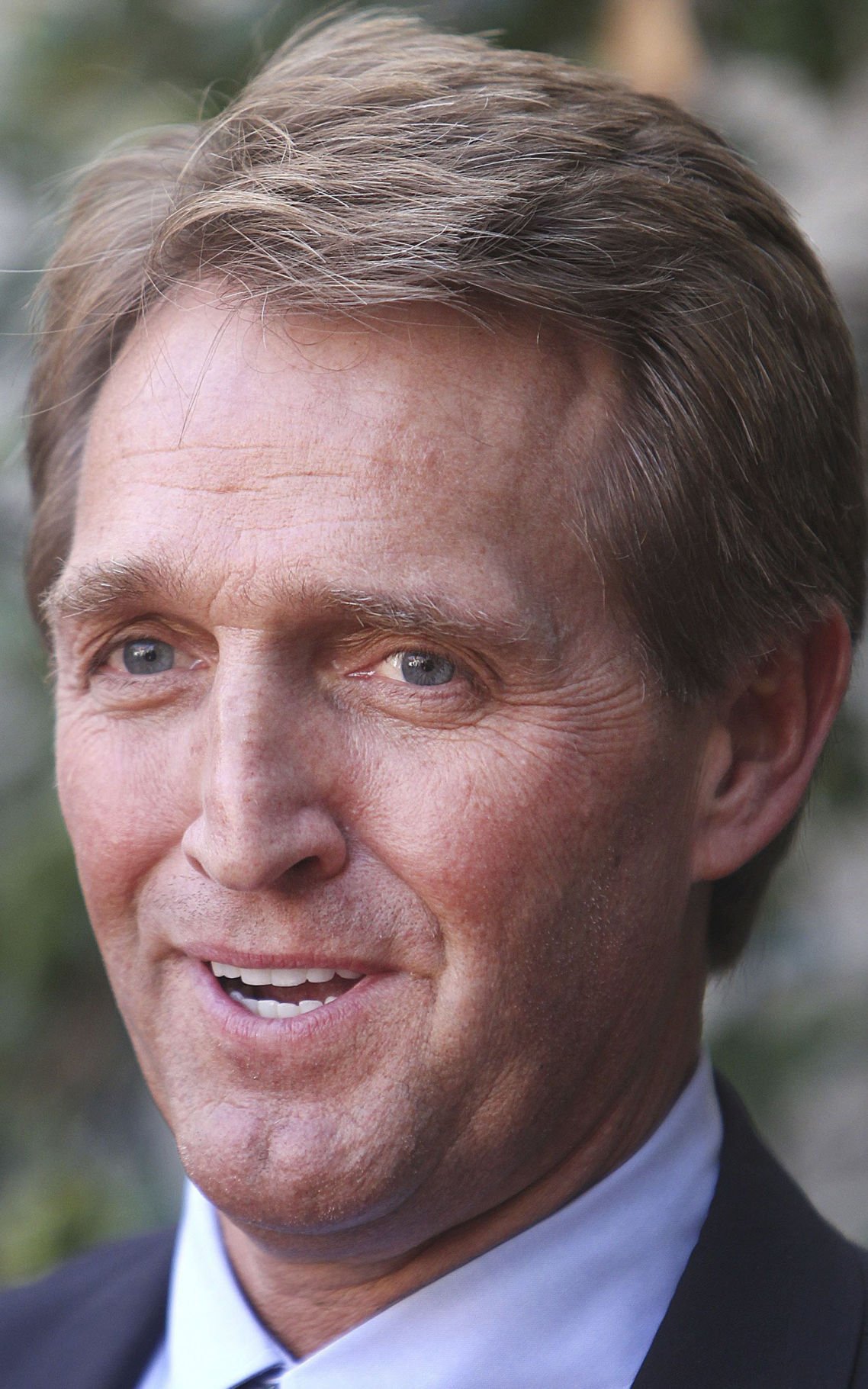 Republican presidential candidate Donald Trump sat down with the U.S. senators from the GOP Thursday in an effort to unify the party.

Then our own senator, Jeff Flake, stood up and introduced himself, and the meeting went off the rails.

The Washington Post first reported, and I confirmed with the senator’s office, that Flake introduced himself as the senator from Arizona “who wasn’t captured.”

This was a bit of a swipe: Last July, Trump said Sen. John McCain “is a war hero because he was captured. I like people who weren’t captured.”

“You’ve been very critical of me,” Trump told the Arizona senator, noting that he may not hold his criticism of Flake any longer.

Flake went on to pan Trump’s comments about Mexicans and immigration but said he would like to be able to support him. Trump did not seem to share that feeling. Here’s how the Post reported the exchange that happened next:

“Trump predicted that Flake would lose his reelection, at which point Flake informed Trump that he was not on the ballot this year.”

Trump went on to criticize another senator who has withdrawn his support for him — Mark Kirk of Illinois, who was not in the room. He also took aim at another anti-Trump GOP senator, Ben Sasse of Nebraska.

All in all, not a good showing for Trump, who perhaps doesn’t fully appreciate the sympathy senators have for each other and how attacking one (or two or three) could feel like an attack on all.

But it was a good showing for Flake, who is emerging as the true Arizona maverick in the U.S. Senate.

U.S. Rep. Martha McSally, the Tucson Republican, attended an earlier meeting between Trump and GOP House members. Her reaction, of course, is eagerly awaited by her supporters and opponents alike, since she has not said whether she’d support Trump.

I asked to talk with McSally about it, but she declined. Her spokesman Patrick Ptak sent me this statement: “Hey Tim, because today’s meeting with Donald Trump was a private, off-the-record meeting, Rep. McSally isn’t commenting on it. It also started pretty late and because she had other commitments, she wasn’t there for very long.”

That is not going to stop the Democrats from trying to tie her to Trump. The Democratic Congressional Campaign Committee is making ad buys tying Republicans they consider vulnerable to Trump — but so far, McSally is not among them.

Incumbency ain’t all it’s cracked up to be, it seems.

Democrats have three contested primaries in Southern Arizona races for state House, and in two of them, incumbents have raised the least money of three candidates.

The biggest gap is in Legislative District 10, which includes eastern midtown and most of Tucson’s east side. Only one incumbent, Stefanie Mach, is running, because Bruce Wheeler opted not to run for re-election. However, Mach, who by many accounts had a strong session, has raised much less than the two challengers — $11,759.

Newcomer Courtney Frogge, whom Mach has endorsed as a seat-mate, has raised a whopping $41,584 and Kirsten Engel raised $37,806.

Mach said she was hampered in her fundraising by the length of the legislative session, which ended May 7. The latest reports, which had to be filed by June 30, were for money raised through May 31. Even so, Mach doesn’t necessarily plan to make up the gap.

“I’m raising only as much money as I need to in order to reach the people who I need to reach,” Mach told me Thursday.

Mach and Frogge are running as a slate with incumbent Sen. David Bradley. Todd Clodfelter is the only Republican running in the LD10 House race.

In LD 2, which runs from Tucson’s south side to the border at Nogales, the Democratic incumbent, Rosanna Gabaldon, is the only one of three Dems who is going the clean-elections route. Counting that $16,000 in public money, she had raised $17,189 in this reporting period.

Challenger Daniel Hernandez Jr. was the last candidate to announce, but the Sunnyside school board member has ridden his connections and prominence to a vast fundraising advantage. He raised $60,437, spending $25,489 of it.

Incumbent Republican Chris Ackerley is running as a clean-elections candidate but has been hampered by a weeklong shutdown of the Secretary of State’s website and has not yet been able to file the necessary information to collect his $16,000. Of course, he has no primary challenger.

Friese reported raising $43,491, Kopec raised $11,566, and Hannley, also running as a clean elections candidate, reported raising $4,777 before her public money kicks in. While Friese is considered a strong incumbent, Kopec was appointed this year by the Pima County Board of Supervisors and could be challenged by Hannley.

In that district, GOP challenger Ana Henderson is planning to run as a clean-elections candidate and reported raising $5,301 before public money flows.

In April, I reported that some of Tucson’s business owners were trying to combine forces to win a Republican majority on the Pima County Board of Supervisors, but it was unclear if they would unite behind GOP firebrand Ally Miller.

The candidates’ campaign-finance disclosures, which my colleague Murphy Woodhouse writes about on Page A2 of today’s paper, show that in one key race, the businessmen have split.

On Miller’s side, Jim and Vicki Click followed through on their commitment to re-elect her, donating $6,250 each. David and Bonnie Mehl gave $6,000 each.

The big-money donors were not split in the race to replace Ray Carroll in District 4. Developers, auto dealers, contractors — they all poured money into former auto dealer Steve Christy’s primary campaign against Marla Closen and John Backer.

Most of the extra money went to areas other than teacher raises.

Steller: Time to take a stand against incitement, escalation

The inciters and extremists have created a volatile situation we must end.

Those who win 31 licenses this month will be in great position to sell recreational pot.

A homeless couple's junk needs moving, but we need a place for them, too.

Big money is going into petition efforts — and into blocking them.

2 Democrats running in CD2 to face McSally in November

Democrats Heinz and Steele agree on need for gun control, but come from different places.

Flake laid the foundation for an argument that can be made against him from the right and the left in 2018.

Construction is expected to start in fiscal year 2019.