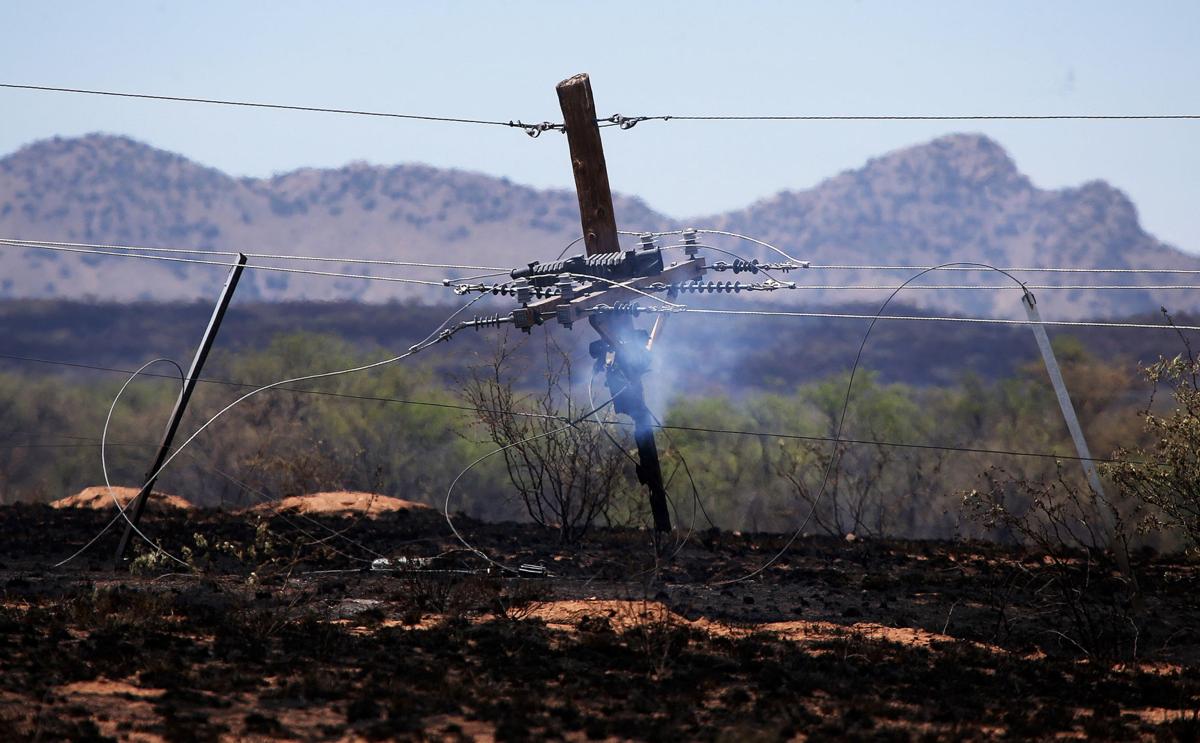 A burned electrical pole smolders east of Empire Ranch while the Sawmill Fire burns on April 27, 2017, burning in Southeastern Arizona between Green Valley and J-6. 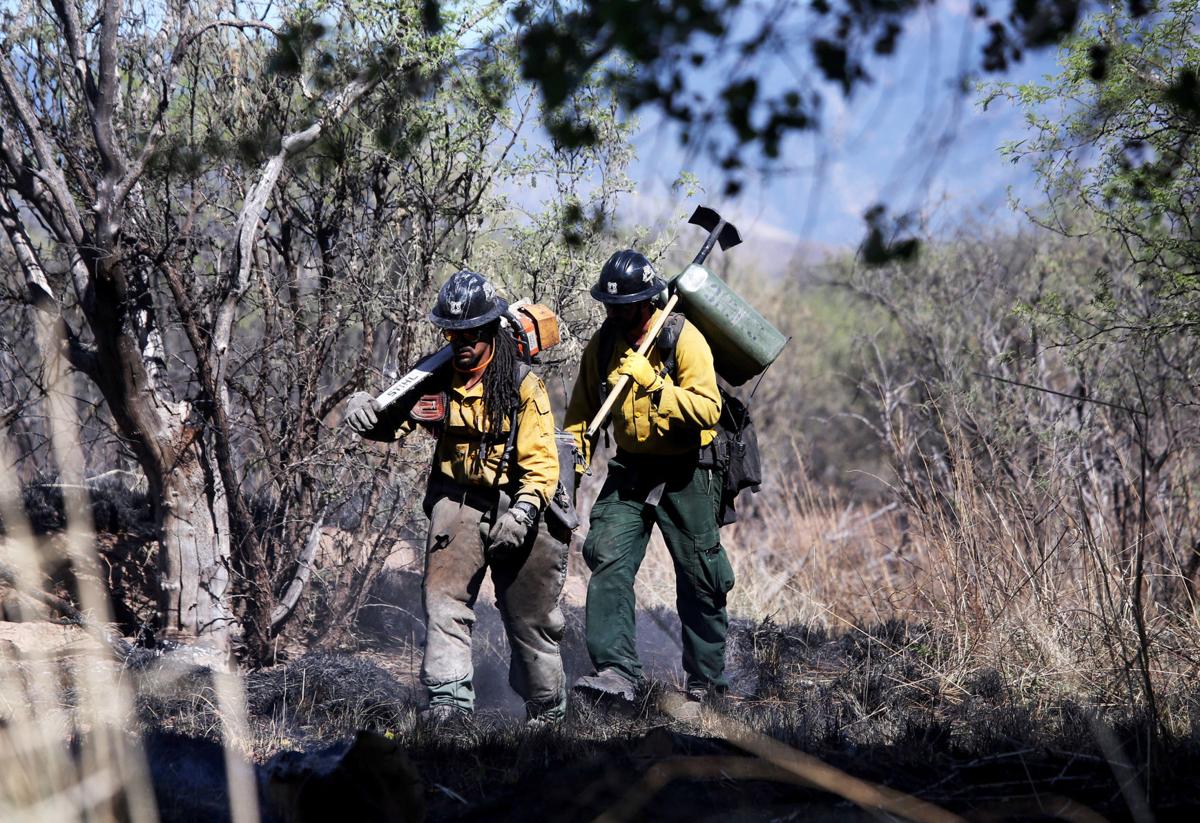 Members of the Black Mesa Type-1 Interagency Hotshot Crew works along Cienega Creek east of Empire Ranch while the Sawmill Fire burns on April 27, 2017, burning in Southeastern Arizona between Green Valley and J-6.

The cost to battle the Sawmill Fire in Southern Arizona is now $4.26 million. The blaze is 61 percent contained.

Overcast skies on Friday helped the efforts of 800 fire personnel working to keep the fire from the community of J-6 Ranch, near Benson, said Michelle Fidler, a spokeswoman for the top-level Type 1 management team overseeing the operation.

Thus far, the blaze has burned about 47,000 acres. It began Sunday near Box Canyon about 10 miles southeast of Green Valley. A Border Patrol agent who was engaged in recreational shooting is being investigated as the fire's cause, authorities said. The agent reported the fire immediately after it began, they said.

The blaze has swept across the Santa Rita Mountains and into ranching grasslands dotted with mesquites south of Interstate 10 and west of Benson.

There have been no reports of burned structures or injuries, officials said.

"There was no significant growth today," said Fidler on Friday, adding that the fire is active in the Apache Wash area. "We have not seen a change in the perimeter."

However, no aircraft worked the fire Friday because of the windy conditions with gusts up to 45 mph. "The wind did not hinder our efforts because it was cooler and the overcast helped moderate the fire behavior," Fidler said.

The fire remains 7 miles from the J-6 Ranch community and families are under pre-evacuation notices. Firefighters worked in the area Friday and were providing structural assessments. "They were there and ready if they needed to provide protection," said Fidler.

On Thursday, officials with the Cochise and Pima counties' sheriff's departments assured residents at an informational meeting that if the fire moved closer and evacuations were ordered, deputies would direct traffic and physically knock on doors to make sure families received the word to leave.

Ground crews worked to secure the fire's perimeters, and focused on mopping up burned areas. "This is hard work because firefighters have to get on their hands and knees and get into the ash with their hands and make sure there are no hotspots or sparks smoldering that could carry fire across the line. They have to make sure the ground is cold to the touch," explained Fidler.

This work was being done on the western flanks for the most part, and crews also worked on the east and north side of the blaze.

Officials reopened Arizona 83 through the burn area Thursday after the highway had been closed south of Interstate 10 to near Sonoita since Monday.

These kittens were rescued from the approaching Sawmill Fire

The kittens will be fostered and cared for until they're ready to be adopted.

Wineries reported a drop in business after the blaze forced road closures.

Gusts Thursday up to 35 mph and on Friday up to 45 mph, says weather service. J-6 Ranch residents still on pre-evacuation alert.

Tucson weather: Clouds in the sky and spring-like temperatures

A burned electrical pole smolders east of Empire Ranch while the Sawmill Fire burns on April 27, 2017, burning in Southeastern Arizona between Green Valley and J-6.

Members of the Black Mesa Type-1 Interagency Hotshot Crew works along Cienega Creek east of Empire Ranch while the Sawmill Fire burns on April 27, 2017, burning in Southeastern Arizona between Green Valley and J-6.