Zelenskyy, spirit of Ukraine named 2022 TIME Person of the Year

PHOENIX — A federal appeals court on Monday quashed an injunction that kept Arizona from enforcing a law designed to use the state’s economic power to keep firms from boycotting Israel and companies that operate there.

In a brief order, the 9th Circuit Court of Appeals did not address whether it was legal in 2016 for lawmakers to require companies to sign agreements that they will not engage in boycott of Israel as a condition of getting government contracts. That is what a trial judge had concluded in 2018.

Instead, the judges said the Legislature has since amended the law so the requirement applies only to companies with 10 or more employees and the contract is worth at least $100,000.

And what that meant is Flagstaff lawyer Mik Jordahl, who successfully challenged the law, was no longer affected by its terms and therefore lacked standing to sue. And that makes the case moot.

Monday’s ruling does not mean the revised law is any more legal than the 2016 version.

But the law remains in effect unless or until there is a new challenge. And at this point the American Civil Liberties Union, which represented Jordahl, has disclosed no other plaintiffs who are affected interested in taking on the issue.

“We are actively considering next steps to respond,” said Brian Hauss, an attorney with the ACLU. And he noted that Monday’s ruling, while tossing the case on procedural grounds, did not overturn the decision by the trial judge that there is a First Amendment right to boycott.

The fight surrounds efforts by Arizona lawmakers to combat the national Boycott, Divestment and Sanctions movement that seeks to urge firms to boycott Israel over its policies in dealing with Palestinians and what they see as illegal occupation of Palestinian territories and establishing Jewish settlements there.

Jordahl, who has contracted to provide legal services to the Coconino County jail district, said it would interfere with his right to refuse to buy office equipment from Hewlett Packard, a company that helps the Israeli government with security.

She specifically rejected arguments by Attorney General Mark Brnovich that lawmakers have a legal, and even moral, right to prevent public dollars from going to companies that endorse the BDS movement. Humetewa said the state cannot use its economic power to deny people their right to speak out and act on their personal beliefs.

Brnovich appealed. But in the interim, lawmakers approved a new version of the 2018 law that took effect later that year — with the big change being it applies only to companies larger than Jordahl’s small law firm.

Based on that, the Attorney General’s Office argued that it no longer applied to Jordahl whose law firm had an $18,000 contract. That, the state argued, leaves him free to decide whether or not to boycott Israel without fear of losing public business.

That, the attorney general told the appellate judges, means he no longer has standing to sue, making the case legally moot and requiring it be dismissed.

But the state already has arguments ready should there be a challenge to the new version.

In legal filings with the appellate court, Assistant Attorney General Drew Ensign said the law clarifies that the conduct that will deny a public contract is not based on someone’s support for a boycott but an actual refusal to do business with Israel and other firms that do.

“That change makes even clearer that the focus of the statute is on conduct, and not on messaging or affiliation,” Ensign claims.

“As the state has explained, Arizona is not attempting to ban boycotts through the act, but merely to avoid subsidizing them with public funds,” he said, saying that is borne out with the minimum financial requirement.

The issue is the state's use of its economic power to keep firms from boycotting Israel and companies that operate there.

ACLU says new version of bill a "transparent attempt to avoid another defeat in court.''

U.S. District Court judge voided 2016 law that requires those who seek public contracts to promise not to engage in such boycotts.

An attorney for the American Civil Liberties Union says the law is a political matter.

Up until now, the system in place for address changes made through the Arizona Department of Transportation has not been in compliance with the National Voter Registration Act.

Proposals by Rep. Mark Finchem and Sonny Borrelli would prohibit the sale, gift, grant or any transfer of an ownership interest in private land without consent of the Legislature and the governor. 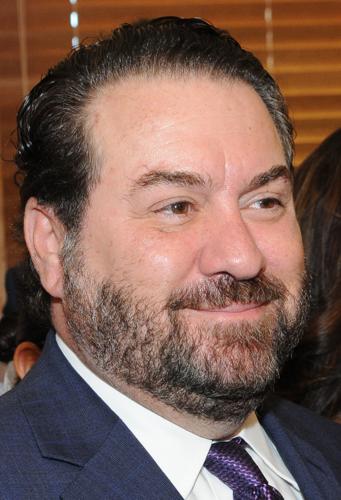 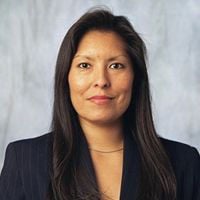