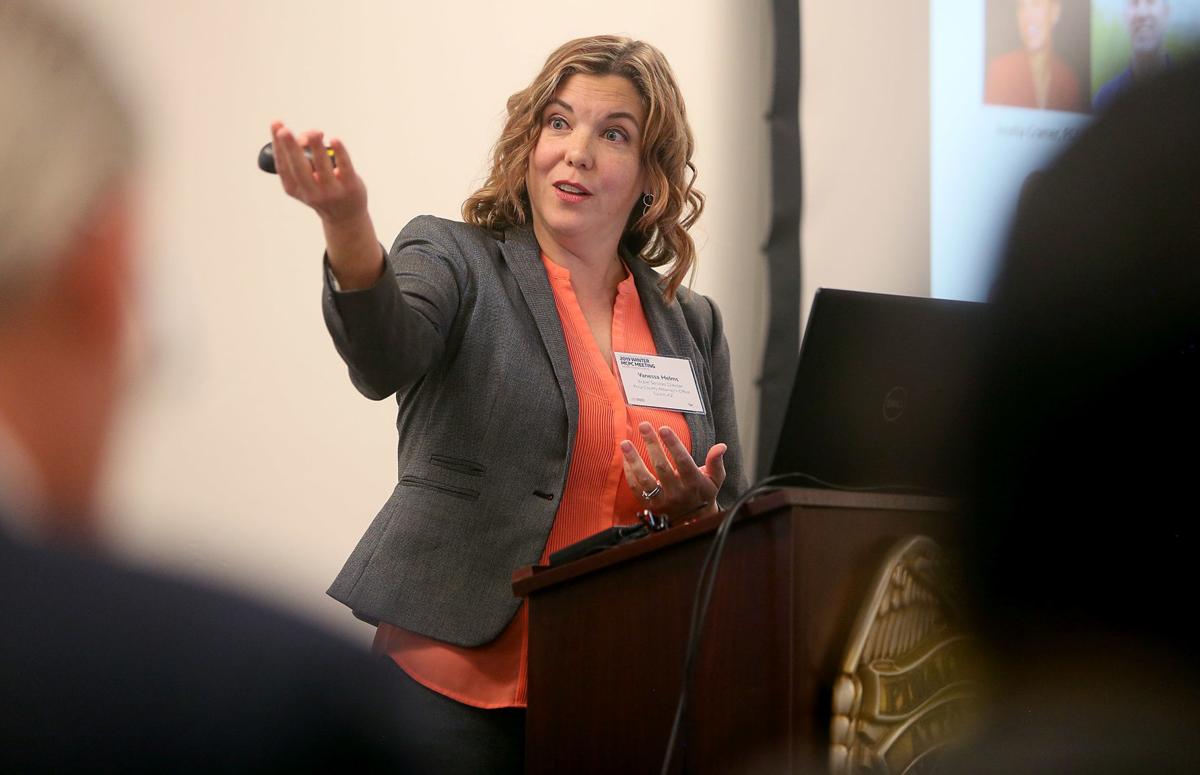 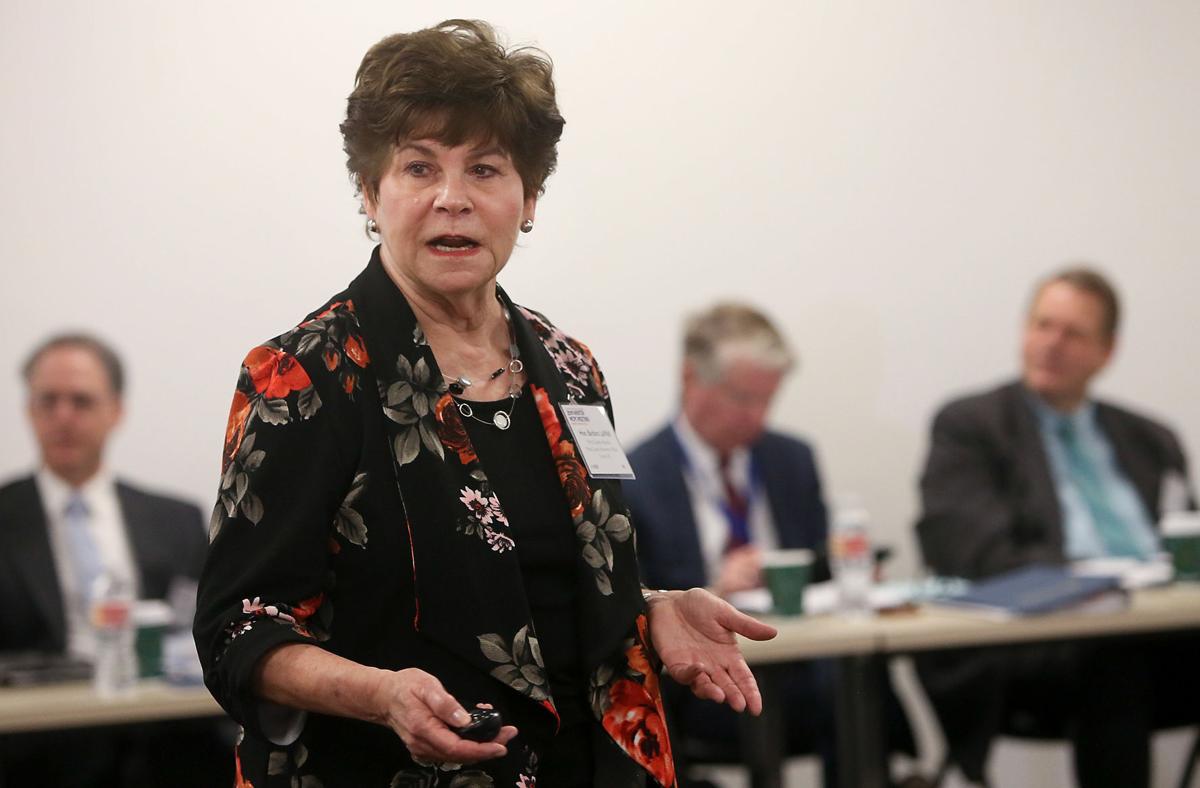 A lawsuit filed by Pima County Attorney Barbara LaWall seeks to keep a measure that would give judges more discretion in sentencing criminals from going to voters.

Local efforts designed to protect victims of domestic violence and programs that keep drug offenders out of jail could soon gain traction across the country.

The programming developed in Tucson was touted during a meeting of more than 20 district and county attorneys from across the U.S. to discuss strategies to assist in criminal-justice reform on a local level.

The council, which is made up of prosecuting attorneys from the 35 most populated jurisdictions in the U.S., meets twice a year to discuss and identify model protocols that can be implemented in other large counties and cities.

“I want to add to my portfolio of programs that are sustainable ... do justice and serve the community,” Daniel Satterberg, district attorney of King County, Washington, said during opening remarks. “That’s the essence of criminal justice reform.”

Satterberg said that several years ago, he sent employees from his office to Pima County to get ideas on how to fix an issue within his county’s juvenile courts.

Using a model based on Pima County’s restorative justice work with juvenile offenders, Satterberg implemented the Family Intervention Restorative Services in King County, turning part of a juvenile detention center into a respite center and providing immediate services to families that were previously unavailable until the trial process was completed.

On Thursday morning, representatives from the Pima County Attorney’s Office and other local agencies highlighted several programs and procedures that attendees could attempt to replicate in their offices.

One such program is the countywide domestic violence protocol that’s been implemented and improved upon over the past several years. The protocol is a collaboration between all seven local law enforcement agencies, local prosecutors, Victims Services and the Emerge Center Against Domestic Abuse.

One of the key tools of the protocol is the lethality screening form, which police officers fill out with the victim and attach to a defendant’s court file for a judge to consider when deciding on conditions of release.

When the form was first implemented, some — but not all — judges were using the form. Pima County Attorney Barbara LaWall lobbied legislators, requesting a law that requires a judge to consider the form. In 2015, Arizona Revised Statute 13-2967 went into effect.

The task force took it a step further, developing a form that could be used as a statewide assessment to identify risk to victims and assess the trajectory of that risk, said Vanessa Helms, victim services director for the Pima County Attorney’s Office.

In December 2017, the Arizona Supreme Court adopted the lethality assessment form as the accepted risk assessment and it is now utilized across the state.

Also unique to Pima County is the intensive engagement of Victims Services and Emerge to help ensure victims have the information and resources needed to get help, whenever they decide they’re ready to leave an abusive situation.

With the victim’s consent, the lethality assessment is sent to Emerge, so caseworkers can follow up and give victims information about available services.

“This is really critical in the protocol, because a lot of victims in the moment will decline services,” said Anna Harper-Guerrero, executive vice president of Emerge. “A good number of people will call us back later. Without the protocol, these are people who might not have known services were available.”

Another effort highlighted was LaWall’s programming designed to keep drug users out of prison, with Director of Specialty Court Initiatives Kate Lawson presenting information on the office’s Drug Treatment Alternative to Prison program, which has been in place since 2011 and allows people who would otherwise be sentenced to prison to enter an intensive program consisting of supervision, treatment and support.

A 2017 cost-benefit study by the University of Arizona found that the program has saved Arizona taxpayers $6 million over four years and participation costs less than half of sending a person to prison.

Representatives from the Pima County Attorney’s Office also noted one of its newer drug alternative programs, the year-old felony drug diversion program, which was formed to address Arizona’s unique law that mandates treatment and probation for a person’s first two drug convictions.

While many of the questions from attendees focused on funding sources, prosecutors seemed eager to take the ideas home with them, asking for copies of the lethality assessment forms used by police and victim services advocates and additional information about the drug programs.

Like most county and district attorney offices, Pima County struggles with a lack of federal and state funding, except in the form of grants.

“We have skinny resources but we’ve been very inventive and very innovative,” LaWall said.

Big entertainment events in next two weeks that Tucson people want to see.

Get your tickets now and have some fun this month!

Officers in the city of Tempe reported a suspect burglarizing a car Tuesday and that he ran away holding what appeared to be a handgun.

Information obtained during a traffic stop led sheriff's deputies to more than $400,000 worth of drugs this week, authorities say.

James Nordrum, 66, died from his injuries after a crash in central Tucson on Thursday

A woman has died a week after an alleged impaired driver hit the truck she was a passenger in on Tucson's north side, police say.

Defendants caught in the middle have been negatively impacted.

A fire broke out on Tucson's southeast side early Monday morning in the same building where a man died in a fire last Wednesday, fire officials say.

Officer Richard Daniel, 33, was arrested on suspicion of unlawful sexual conduct and tampering with physical evidence

Tucson man sentenced to life in prison for fatal 2017 shooting

A Tucson man who shot three people, killing one, was sentenced to life in prison without the possibility of release on Monday.

David Lipan is facing a minimum of 5 years in prison. The rejected plea deal could have resulted in probation.

The Screening of "We Got This!" is free and open to the public.

For Tiffany, abuse was a common thread throughout the early part of her life. She watched her father physically abuse her mother, and she was …

In a matter of months, 126 people were released from jail, saving more than $392,000 in taxpayer dollars.

A lawsuit filed by Pima County Attorney Barbara LaWall seeks to keep a measure that would give judges more discretion in sentencing criminals from going to voters. 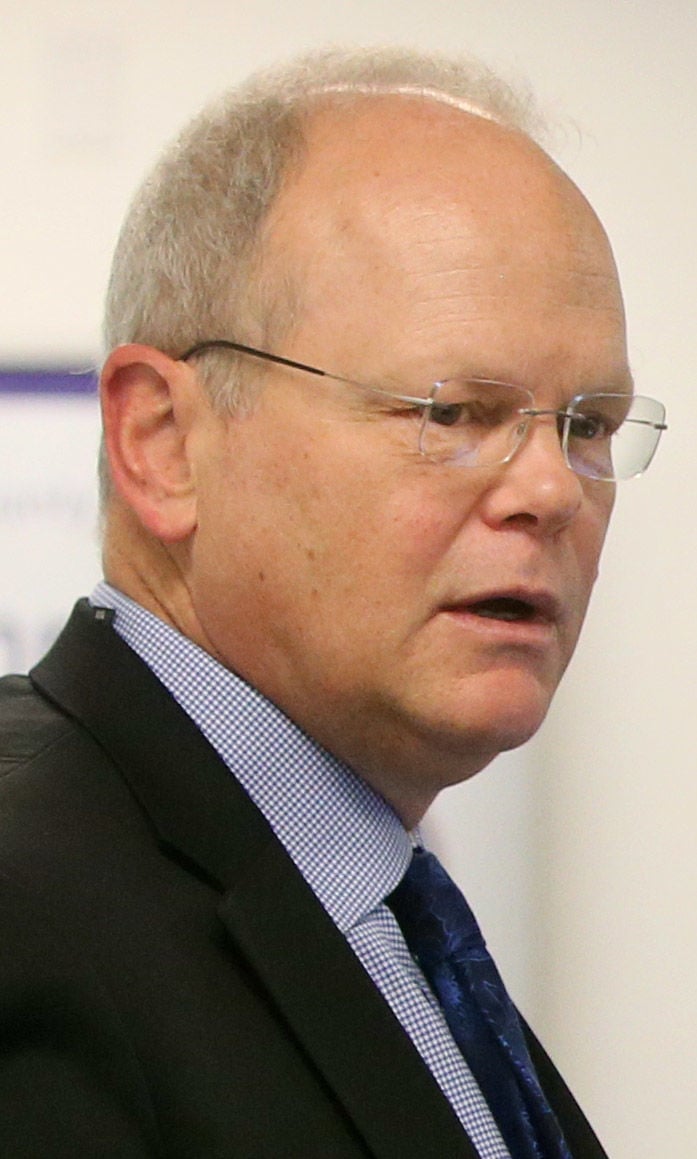