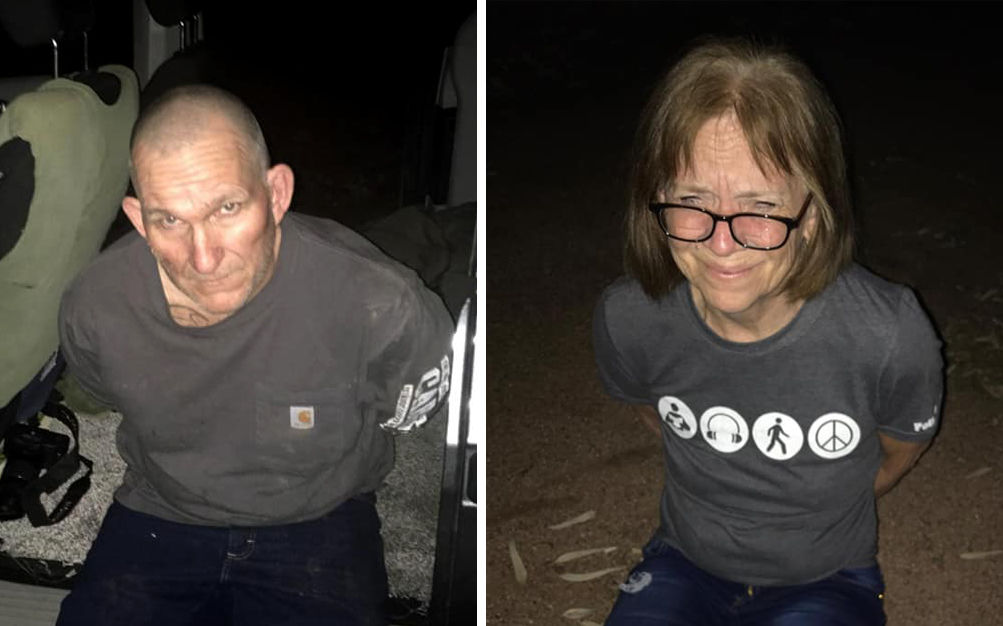 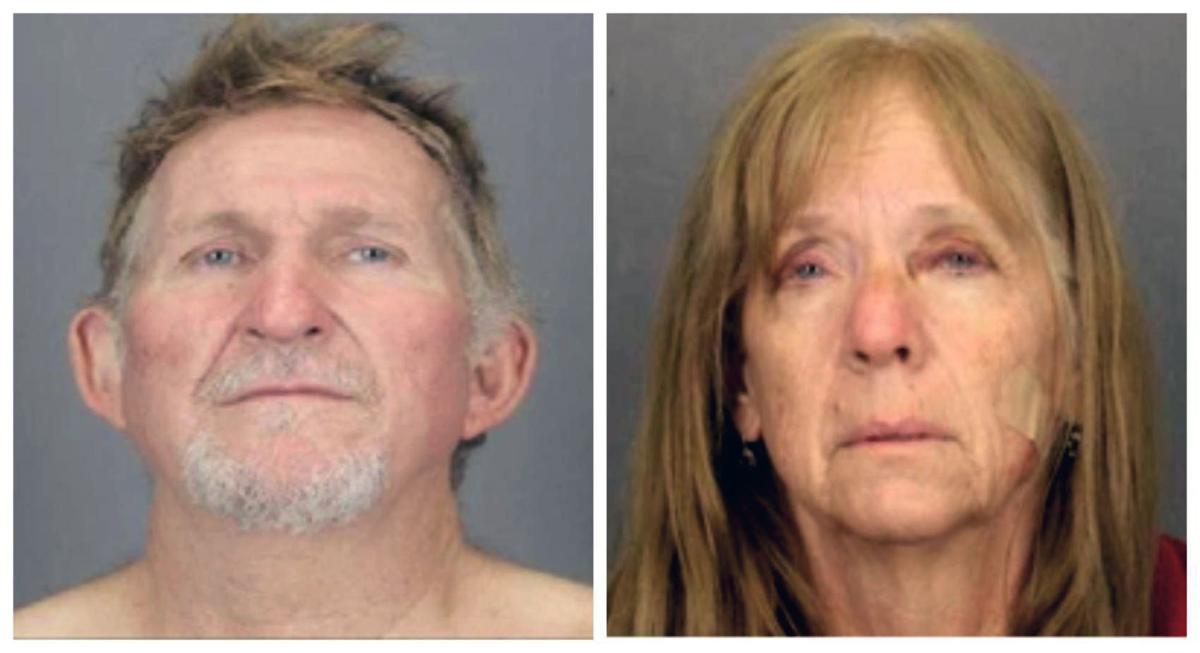 Blane Barksdale, 56, and his wife, Susan Barksdale, 59, were arrested May 24 on suspicion of first-degree murder and other crimes.

Authorities searching for a fugitive married couple who had been on the run for two weeks after getting away from private security guards bringing them to Tucson to face murder charges had received hundreds of tips on their possible whereabouts.

But one recent tip seemed the most intriguing, said U.S. Marshal David Gonzales. The caller told authorities to check out a house in the community of Punkin Center, a few miles north of Roosevelt Lake. The home, the caller said, was owned by an acquaintance of both Blane and Susan Barksdale.

The tip sent officers to an area in the Gila County’s Tonto Basin, Gonzales said in a news conference in Phoenix on Thursday. Up until a couple days ago, the fugitive Barksdales were believed to be in the Snowflake area, he said.

On Wednesday night, about 50 officers with multiple law enforcement agencies surrounded a house where they believed the couple was hiding out. The house was on about one acre of property in a remote location, officials said. Officers used a loud speaker to call for the occupants of the home to come out.

The homeowner, who was not identified, came out first. Susan Barksdale followed a few minutes later, Gonzales said. She was “sobbing, very upset,” he said.

Blane Barksdale exited the home after initially refusing to do so. At some point he became verbally abusive, “flipping the bird” at officers, and stopped responding to commands, Gonzales said. He was struck with a Taser as well as hit in the leg with a nonlethal bean bag round and placed in handcuffs, Gonzales said.

“That ended the saga that we had been dealing with for the last 16 days,” he said.

The Barksdales were booked into a jail in Florence, and on Thursday afternoon appeared in a federal courtroom in Tucson.

Susan Barksdale was first escorted into the courtroom in a red jail uniform; she was shackled around the waist. She was visibly upset, sniffling throughout the hearing.

After she left the courtroom, Blane Barksdale, wearing a black-and-white striped jumpsuit, then entered the courtroom along with a large law enforcement presence.

The judge quickly dismissed the federal flight to avoid prosecution charges against the couple and they were turned over to local authorities to face state charges of first-degree murder, first-degree burglary, arson, felony criminal damage and auto theft in connection with the death of Frank Bligh, 72.

Tucson police obtained arrest warrants for the Barksdales in Bligh’s death. However, they fled Tucson and weren’t found for several weeks. On May 24, authorities found the couple in an RV in a Henrietta, New York, parking lot and arrested them without incident. A federal complaint said Susan Barksdale pawned property at a New Jersey pawn shop shortly before they were located by police.

The two were being extradited back to Pima County on Aug. 26 when they “overpowered” two security officers in Blanding, Utah, near the Four Corners region. Blane Barksdale, 56, was put on the Marshals Service’s 15 Most Wanted list earlier this week.

FBI officials said they will likely pursue federal kidnapping charges against the Barksdales in connection with their escape. The couple transported the bound security guards and another prisoner in the transport van across state lines before escaping in a red pickup truck owned by an acquaintance.

Gonzales said the investigation will now focus on individuals who may have assisted the Barksdales during their time on the run. This is to include the owner of the home where the couple was found. “Three to four individuals directly assisted them,” Gonzales said.

No weapons were found in the house where the Barksdales were hiding out, and authorities have not recovered the red pickup truck the two fled in.

The investigation of Bligh’s death began after Tucson firefighters responded to a fire at his east-side home in the 3500 block of South Calexico Avenue on April 16. Police later determined the fire was set intentionally, according to Daily Star archives.

Bligh’s missing car prompted a missing-persons investigation by police. It was found the next day on South Wilmot Road, police said in April.

Based on evidence in the car, detectives determined Bligh was dead. He was last seen at a Tucson bar a week before the fire. His body has not been found, police said.

A Pima County judge has denied a motion to change venue for a husband and wife accused of killing a Tucson man earlier this year.

US Marshals: Escaped Tucson murder suspect on 15 Most Wanted list

Federal authorities offering $10,000 rewards for information that leads to their arrests.

A Tucson couple has been arrested in New York in connection with the possible killing of an elderly man, authorities said Friday.

Two white UA students were arrested Friday in the incident.

Tucson man sentenced to life in prison for 2018 deadly shooting

A man who was previously found guilty of fatally shooting another man his girlfriend was visiting was sentenced to life in prison Monday.

A Sahuarita man was arrested on suspicion of 15 counts of sexual exploitation of a minor, officials said.

A man pleaded guilty last Thursday to killing a woman in 2018 on the same day he was released from prison, according to court documents.

Ex-fugitive couple plead not guilty in killing of Tucson man

Blane Barksdale, 56, and his wife, Susan Barksdale, 59, were arrested May 24 on suspicion of first-degree murder and other crimes.