A man who confronted a Tucson police officer with two bayonets was taken to a hospital with life-threatening injuries after the officer shot him Monday morning, authorities said.

Officers responded around 8:30 a.m. to "a report of wanted subjects" in the 4000 block of East Paradise Falls Drive, near the Rillito River Park, and gave chase to a man and woman who fled into a nearby desert area, TPD spokesman Sgt. Richard Gradillas said.

An officer was confronted by the man who held two bayonets and began to charge toward the officer, police said.

"A confrontation occurred in the desert area and one of the subjects was armed with a sharp-edged weapon. Shortly after, an officer discharged his firearm," Gradillas said.

The man was identified as James Nicholas Pacheco, 37. He was taken to Banner-University Medical Center.

The officer who shot Pacheco was identified as Officer Daniel Garcia, a six-year veteran of the force.

No other injuries were reported in the incident, police said.

Pacheco was wanted on suspicion of kidnapping and sexual assault stemming from an incident April 9 in the 8000 block of E. Senate St. When he is released from the hospital, Pacheco is facing charges of kidnapping, sexual assault and aggravated assault with a deadly weapon on a peace officer.

The second person was taken into custody without incident, Gradillas said.

TPD has launched an internal investigation of the incident, standard practice in such situations. Gradillas said he expected the officer who fired the shot would be placed on paid leave during the investigation, also common practice.

Around 1:30 a.m. Thursday, officers responded to a report of a shooting at South Side Smoke Shop.

Tucson police released video on Friday from an officer's body-worn camera of a shooting from April 12, 2021. A man being sought by police rush…

Tucson police: Man who attempted robbery is shot to death

Timothy Gerald Coleman, 48, attempted to rob another man during a meeting arranged for a "private sale," police said. 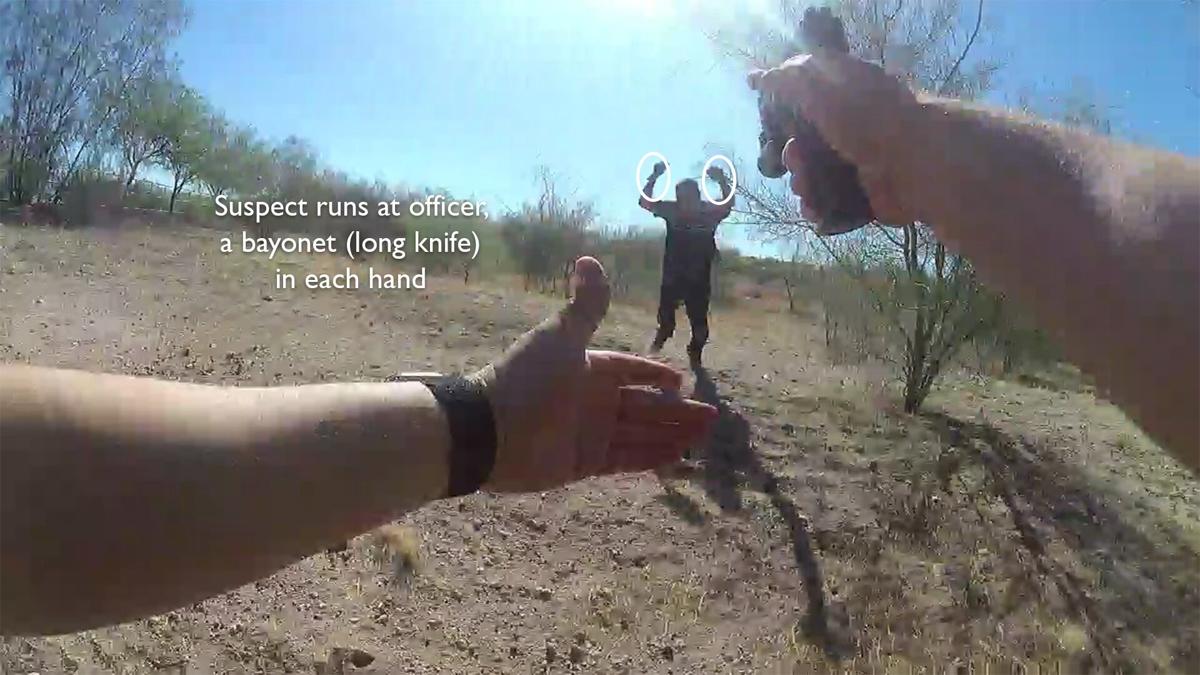 Tucson police said this photograph, taken from an officer's body-worn camera video, shows James Nicholas Pacheco, 37, as he holds two bayonets before being shot by police. 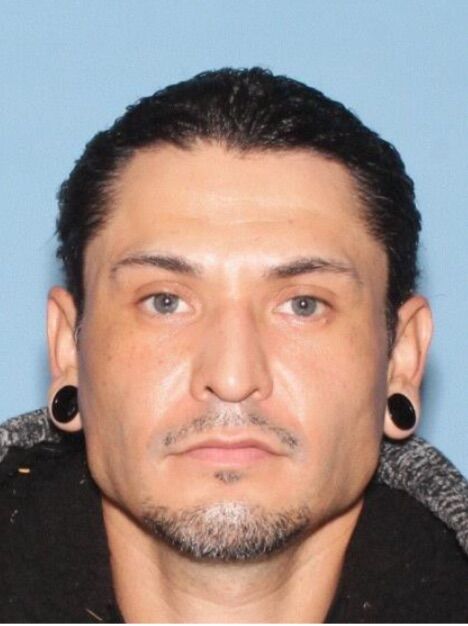