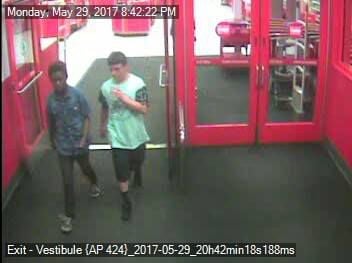 Tucson police detectives are asking the public to help identify the man on the left in connection with a $100,000 jewelry theft at JC Penney at El Con Center. 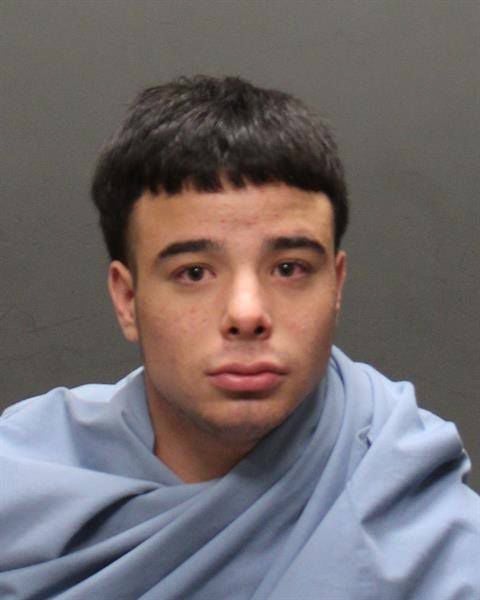 An 18-year-old man was arrested in connection to a burglary at JC Penney at El Con Center in which more than $100,000 was taken in jewelry, police said.

Henry Lopez was booked into the Pima County jail on suspicion of burglary and trafficking in stolen property, according to a Tucson Police Department post on its Facebook page.

Investigators are asking the public for help in identifying a second man who was captured on a video surveillance camera with Lopez at another store on the same day of the burglary. The man is described as black and is about 19 years old.

In May, officers responded to an alarm at the department store at 3501 E. Broadway. Investigators said two burglars inside the store left before police were able to set a perimeter around the store.

Detectives believe that both men hid in the store while it was open and waited until it was closed. Officials with the Arizona Organized Retail Crime Association were able to identify a possible suspect from a surveillance video.

Some of the stolen property in the burglary had been pawned and police were able to locate and arrest Lopez, according to the post. Detectives served a search warrant on Lopez's residence and recovered stolen merchandise from JC Penney, and also found other evidence from a similar burglary.

Detectives ask that if anyone can identify the man with Lopez in the video, or have additional information to call 88-CRIME, an anonymous tipster hotline.

The four were arrested for immigration violations, federal officials say. Aid group says they were patients being treated by medical professionals.

'Deadly serious' heat forecast for Tucson in days ahead

Tucson police detectives are asking the public to help identify the man on the left in connection with a $100,000 jewelry theft at JC Penney at El Con Center.