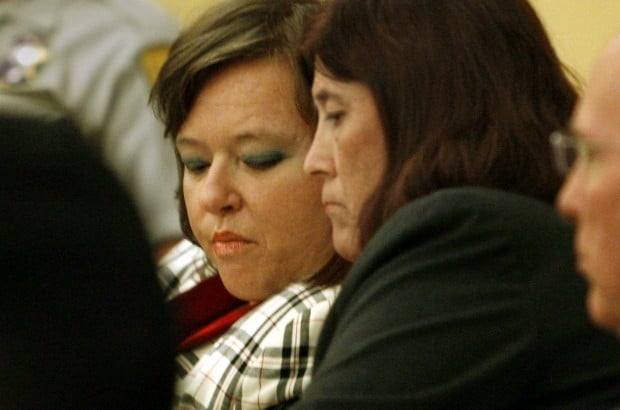 Shawna Forde, left, was sentenced to death Tuesday in the killing of an Arivaca girl and her dad. A jury convicted Forde earlier this month on eight counts, including two first-degree murder charges. Forde was seated next to her attorney, Jill Thorpe. 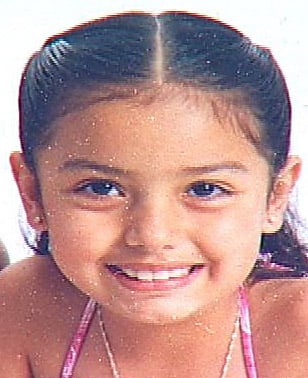 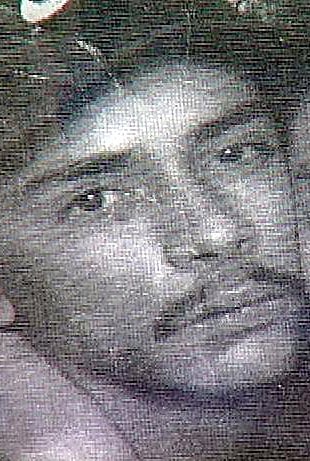 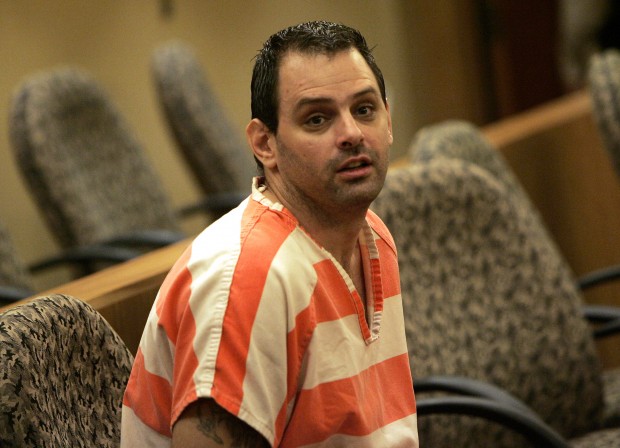 When members of the jury return today to decide whether Shawna Forde deserves the death penalty, they won't be alone.

The story of the beautician who founded a border militia group then orchestrated a deadly robbery with the hope that anticipated spoils of dope and money could help fund her border-watch endeavor, has made the Forde trial one of Tucson's most-followed trials.

Forde, who was convicted Monday of killing an Arivaca man and his daughter, has gained more and more attention not only from the national media, but from talk radio and people on both sides of the immigration debate.

Reporters from the Los Angeles Times and The New York Times drifted in and out of the trial, as did representatives of National Public Radio, The Daily Beast, NBC's "Dateline" and various online publications and blogs - one from as far away as Detroit.

Forde's supporters have gone on The Dutch Joens radio show lamenting what they see as a politically-motivated witch hunt; members of Latino organizations have written news releases praising the prosecution.

Out-of-town journalists in Tucson to cover the Jan. 8 mass shooting that killed U.S. District Judge John M. Roll and five others and left U.S. Rep. Gabrielle Giffords with a gunshot wound to the head stayed on to watch the Forde trial.

Media interest was heightened due to the antics of Forde supporter Laine Lawless.

On the third day of trial, Lawless disguised herself and took a seat in the gallery despite an edict from the judge barring any potential witnesses from the courtroom. When discovered, Lawless complained loudly, citing her First Amendment rights as a "citizen reporter."

A Pima County Superior Court jury convicted Forde Monday of two counts of first-degree murder in the May 30, 2009 deaths of Arivaca resident Raul Junior Flores and his 9-year-old daughter, Brisenia.

The jury also convicted Forde of attempted first-degree murder in the shooting of Flores' wife, Gina Gonzalez; one count each of burglary, armed robbery and aggravated robbery; and two counts of aggravated assault.

At 10 a.m. today, prosecutors will begin telling jurors why they think the death penalty ought to be considered. They cite three factors: the financial motive behind the crime, Brisenia Flores' age and the fact there were multiple victims.

If the jury agrees, the defense will present evidence for why it believes Forde's life ought to be spared - she had a dysfunctional childhood, suffers from psychological problems and has a history of volunteering for worthy causes.

If the jury doesn't unanimously agree Forde should die, Pima County Superior Court Judge John Leonardo must sentence her to life in prison, with or without the possibility of release after 25 years.

Gonzalez testified during the first day of trial that her husband awakened her to say the police were at the door. The woman at the door identified herself and the man with her as law enforcement officers looking for fugitives, Gonzalez said.

When her husband questioned their identity, Gonzalez said, the gunman opened fire, shooting her husband and her. As she played dead on the floor, the gunman fired two bullets into their youngest daughter's head, despite the girl's pleas. Their other daughter was spending the night at her grandmother's house.

Moments after the couple and two accomplices left, Gonzalez testified, the woman returned to find her on the phone with 911 and called out to the gunman to finish her off.

Gonzalez said she fled to the kitchen, armed herself and fired back when the gunman again tried to kill her. He then fled.

Forde, Jason Bush, 36, and Albert Gaxiola, 44, were arrested within two weeks of the slayings. Bush, the alleged gunman, and Gaxiola are scheduled to go to trial March 15 and June 1, respectively.

Prosecutors Rick Unklesbay and Kellie Johnson presented evidence they said showed Forde recruited Gaxiola, Bush and others to rob Flores because she suspected he was a drug smuggler and she needed a way to fund her Minuteman American Defense border organization.

They put a handful of witnesses on the stand who testified Forde either recruited them or spoke to them of their plans. The prosecutors also presented incriminating text messages and tape-recorded phone conversations.

After the slayings, Forde and Bush told various people that Bush was shot by border bandits on May 30, 2009, but Bush's blood was found at the Flores house, in the getaway vehicle and on a pair of woman's boots found at Gaxiola's house, leading authorities to believe one of Gonzalez's bullets found its target.

Forde's DNA was also found on an item of jewelry belonging to Gonzalez and found in Forde's Honda Element after the slayings.

In addition, the prosecutors gave jurors letters Forde wrote while in jail encouraging her son and another man to testify they had given her the jewelry before the slayings.

Defense attorneys Eric Larsen and Jill Thorpe told jurors that while Forde may have bragged about taking down drug smugglers, the state had absolutely no proof she was in the house or the getaway vehicle that night. There were no credible eyewitnesses, DNA, fingerprints, footprints or fiber evidence linking Forde to the crime, they said.

Moraga had helped Gaxiola and another man steal between 400 to 500 pounds of marijuana from Flores a few months before his death; she wears the same size shoes as the bloody ones found at Gaxiola's house; and she somewhat resembled the description provided by Gonzalez, the attorneys said.

• May 15, 2009 - FBI informants Robert Copley and Ron Wedow say they were recruited by Shawna Forde at a Colorado truck stop to help her rob drug smugglers in order to fund the Minutemen American Defense border group.

• June 12, 2009 - Forde is arrested in Hereford. Gaxiola is arrested at a south-side Tucson McDonald's.

• Feb. 14, 2011 - Forde is convicted on all eight counts, including two counts of first-degree murder.

Shawna Forde, left, was sentenced to death Tuesday in the killing of an Arivaca girl and her dad. A jury convicted Forde earlier this month on eight counts, including two first-degree murder charges. Forde was seated next to her attorney, Jill Thorpe.