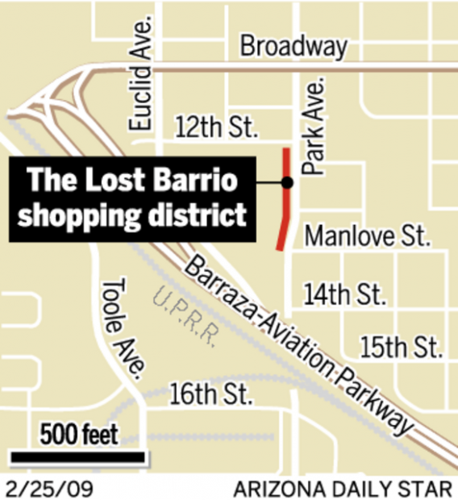 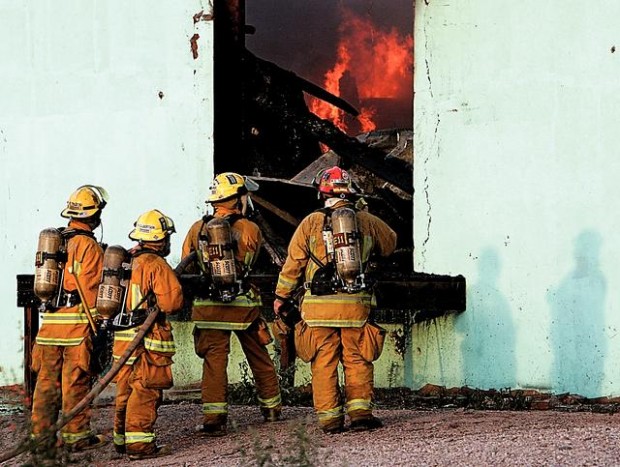 A three-alarm fire heavily damaged three businesses housed in a warehouse building in the Lost Barrio District on Tuesday afternoon.

Fire officials put the damage estimate at $600,000. One business owner feared his store was a total loss.

The cause of the fire was under investigation.

When they arrived, flames and heavy smoke were pouring out of the building, which houses at least five or six businesses, mainly stores that sell furniture.

Fire crews called in a second and third alarms to bring in more personnel. About 70 firefighters battled the fire, Tracy said.

No one was inside the building when the Fire Department arrived, which allowed firefighters to spray the fire from outside, she said.

The blaze was brought under control at 6:09 p.m., Tracy said.

No injuries were reported.

Three businesses sustained heavy damage, but investigators were still trying to determine where the fire started, she said. The remaining businesses will not open today because of the fire, Tracy said.

There were no sprinklers in the building, which contributed to the extensive damage caused by the fire, she said.

"Sprinkler systems save lives and property. They are 96 percent effective in controlling a fire and preventing it from spreading to the remainder of the structure," she said.

Most of the business owners had left work before the fire started, but Carolyn Maloney was still at her store and called 911 when she smelled smoke, said her father, Dr. Christopher Maloney.

Maloney and his daughter co-own Old Brazil, which sells imported furniture and accessories, he said.

"It's fortunate she was there because she called the Fire Department," he said.

"It would've been a lot worse" if she hadn't been there, he said.

They saw flames coming from Explorations, a store next door to their business. Their store sustained smoke and water damage, he said.

Maloney and his daughter were not optimistic about the future of their business.

The Maloneys opened the store two years ago, he said.

"We have to assess everything in the morning," Carolyn Maloney said.

Gerardo Olmedo owns Aquí Está, which sits next to Explorations and two doors away from Old Brazil.

He did not know how much damage the store sustained, and he was unsure about the status of his business.

"We're sad. We worked so hard to have this business going," Olmedo said.

The store, which sells handmade furniture, had been open for 21 years, he said.

The fire occurred at a time when business was starting to suffer because of the economy, he said.

"It's been pretty slow. No one wanted to spend," he said. "All we needed was this."