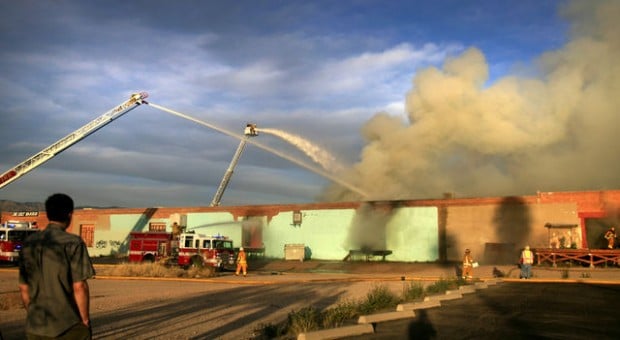 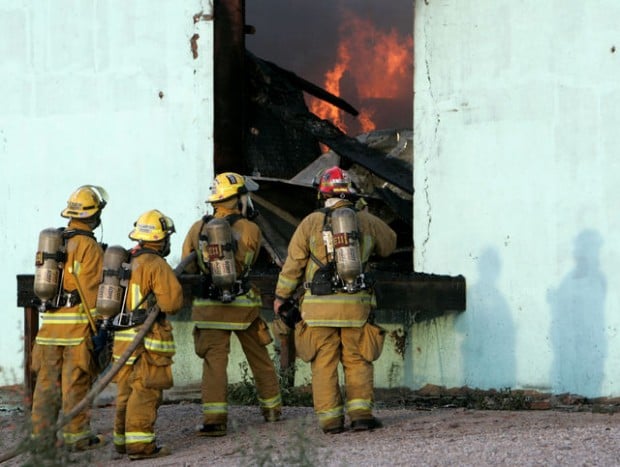 A fire at a Lost Barrio district warehouse building in February was ruled an arson, and police are searching for the people who set the blaze, officials said Wednesday.

Arson investigators are also asking for assistance in locating people who might be connected to at least three other arson fires in the city dating to November, including one at a tattoo shop, said Officer Chuck Rydzak, a Tucson Police Department spokesman.

The four fires do not appear to be related, he said.

The Feb. 24 fire in the historic Lost Barrio heavily damaged at least three businesses in the warehouse, which is known for its unique shops and high-end imports. The entrances to two of the stores were still boarded up as of Wednesday evening.

The fire caused more than a $1 million in damage to the building, in the 200 block of South Park Avenue, south of East Broadway.

• On Nov. 11, a fire burned a tattoo shop in the 6100 block of East 22nd Street. Investigators found three gas containers that had been thrown through a window to ignite the fire.

• On Jan. 15, police responded to an arson at an unoccupied house that was being renovated in the 1600 block of North Andros Place.

• About two weeks later, a trailer home in the 500 block of East Mohave Road was burned after the homeowner left for work. Neighbors reported hearing popping sounds, and seeing two men jumping a fence and fleeing in a dark sport utility vehicle.

Detectives discovered signs of forced entry into the home and believe it was burglarized.

Most of the shops in the Lost Barrio district are open for business, except for Old Brazil and Explorations in Design, which have boarded up entrances.

The Tucson Fire Department is also investigating this fire, but would not release information on exactly where the fire started, said Capt. Trish Tracy, a Fire Department spokeswoman.

How the fire was started was also not released by the agencies.

Martha Mendivil owns Aquí Está, which sits next to Explorations in Design, where the fire is believed to have started.

Mendivil's store had smoke damage, forcing her to close the business for about two months, she said.

No merchandise was destroyed, she said.

"We had to take everything outside and clean the walls, ceilings, the merchandise," she said. "I was so scared because I thought my store was gone."

Mendivil was surprised to find out the fire had been determined to be the work of an arsonist.

"I never thought of that," she said. "I would want to know who would do such a criminal thing like that."

Anyone with information about any of the four cases is asked to call 911 or 88-CRIME.