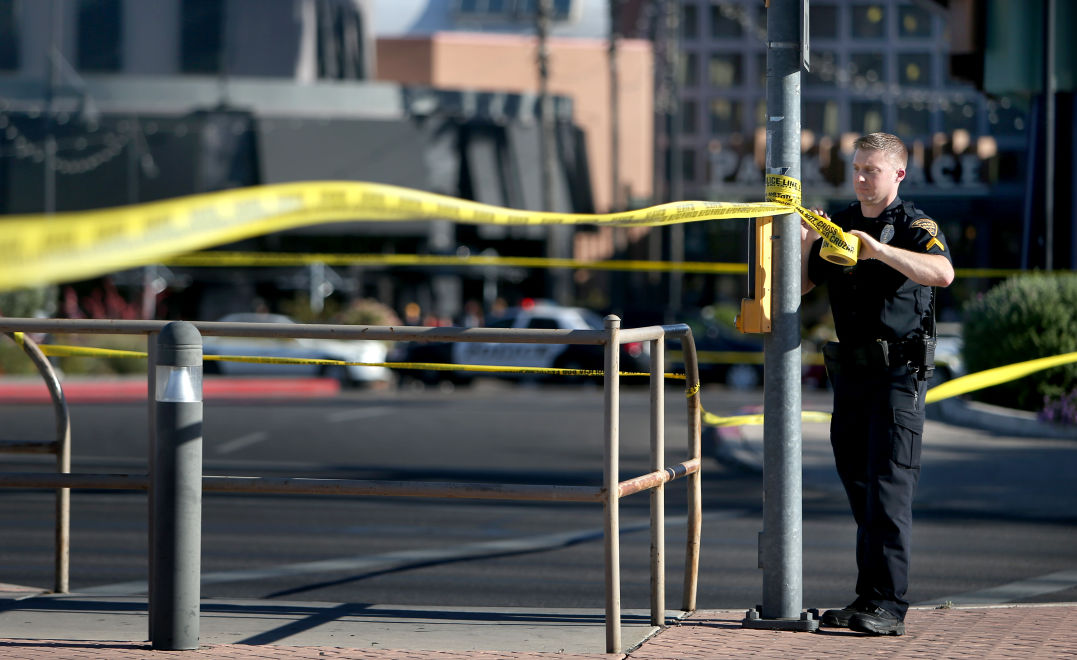 One man was shot multiple times Friday near Park Place Mall and police were searching for the shooter.

The shooting occurred in the 5900 block of East Broadway across the street from the mall near a jewelry store, said Sgt. Pete Dugan, a Tucson Police Department spokesman.

The mall is on the south side of Broadway, west of South Wilmot Road.

Detectives were expected to interview the wounded man Friday night at a hospital where he was taken by a woman before police arrived at the scene, Dugan said.

Shortly after 4 p.m., police received numerous 911 calls about the incident and officers interviewed witnesses at the scene.

Detectives learned that the man who was shot was driven to the hospital in his own vehicle by the woman who was with him.

Before the shooting, the victim was driving his vehicle on Broadway and stopped at a red traffic light in front of the mall. When he was getting ready to turn into the mall, he began arguing with another man who was standing near the crosswalk, Dugan said.

Meanwhile, the woman who remained in the victim's car drove the vehicle and picked up the wounded man and took him to the hospital.

Detectives are asking that anyone with information about the shooting call 911 or 88-CRIME.

Family of bears enjoys a playful bath in Colorado

Tucson police are asking for the public's help in identifying a man thought to be involved in the Friday shooting near Park Place Mall.

Man killed in early morning shooting on southeast side

Authorities have identified the man killed in an early-morning shooting on Tucson’s southeast side Friday, officials say.

Pima County Sheriff Chris Nanos talks about the investigation into a Friday morning shooting that left a man dead. Video by Caitlin Schmidt.