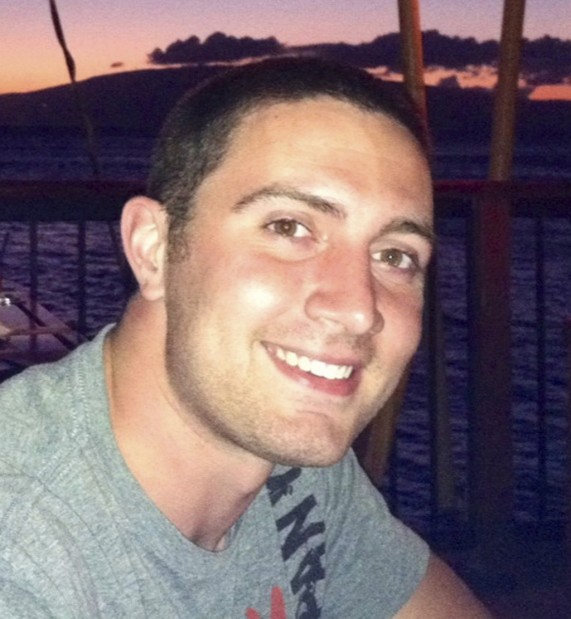 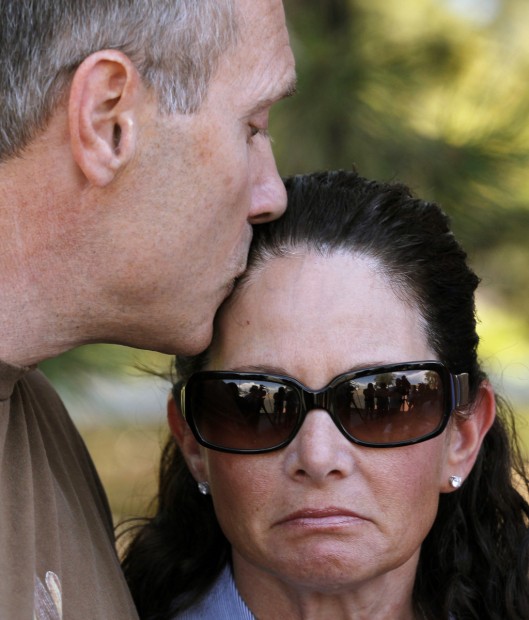 Tom Teves and his wife, Caren, are the parents of Alex, who graduated from the University of Arizona. They were in Colorado on Monday. 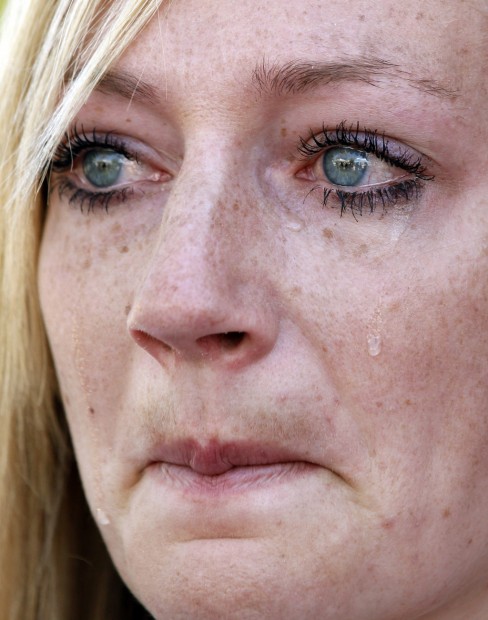 Amanda Lindgren talked about her boyfriend, Alex Teves, at the Arapahoe County Courthouse on Monday. 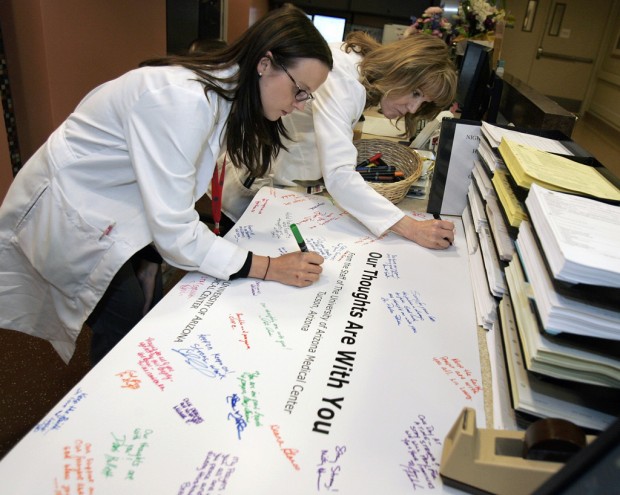 A University of Arizona graduate with a "contagious" smile and a desire to help others, was one of 12 people killed in the theater shooting in Colorado on Friday.

Alexander Teves, 24, was shot while shielding his girlfriend from bullets when a gunman fired during a midnight screening of "The Dark Knight Rises" in an Aurora, Colo.

Teves earned his bachelor's degree in psychology in 2010 from the UA, confirmed university spokesman Johnny Cruz.

Teves, who was from Phoenix, went on to study counseling psychology at the University of Denver and earned his master's degree in June, the university said in a statement on its website.

While at the UA, Teves mentored a teenage boy who was receiving mental-health services at Providence of Arizona for two semesters in 2009, said Julie Feldman, a UA professor in the Department of Psychology who facilitates the mentor program.

Feldman said Teves was a standout student and person.

"He was pretty special. He was probably one of our best mentors, and that feeling was shared by my graduate supervisors that worked directly with him," she said.

Feldman said it's hard finding male students for mentor program, which is only meant to last for one semester, but Teves wanted to be a part of it for two semesters.

"Alex was very patient, very creative in solving problems with this particular mentee he worked with," she said. "He just worked really well with him."

Alex Teves was planning to become a psychiatrist, said his grandfather, Carlo Iacovelli of Barnegat, N.J.

As a child, the Teveses moved from New Jersey to Phoenix. Iacovelli and his wife lived there during winters.

"He was what you might call an ideal grandson," Iacovelli told The Associated Press. "He was a fun guy. He loved to eat."

The UA's Feldman wrote letters of recommendation for Teves when he applied to grad school.

"He's always wanted to help people … especially kids who are going through different kinds of problems to help make things better…" she said.

"He's also very bright. In this particular class a lot of the undergraduates are intimidated by the graduate students, but he was someone who was willing to share his thoughts and opinions very comfortably," Feldman said.

One of the last times Feldman saw Teves was at an event marking the end of the mentorship program.

"He had this great smile that was very contagious … These kids, they just responded to him," she said. "He just had this big smile whenever he was around these kids."

The Associated Press contributed to this story. Contact reporter Veronica Cruz at vcruz@azstarnet.com or 573-4224.

Colo. shooting suspect in court for a first time

CENTENNIAL, Colo. - His hair dyed a shocking comic-book shade of orange-red, James Holmes appeared in court for the first time, but didn't see…

Tom Teves and his wife, Caren, are the parents of Alex, who graduated from the University of Arizona. They were in Colorado on Monday.

Amanda Lindgren talked about her boyfriend, Alex Teves, at the Arapahoe County Courthouse on Monday.