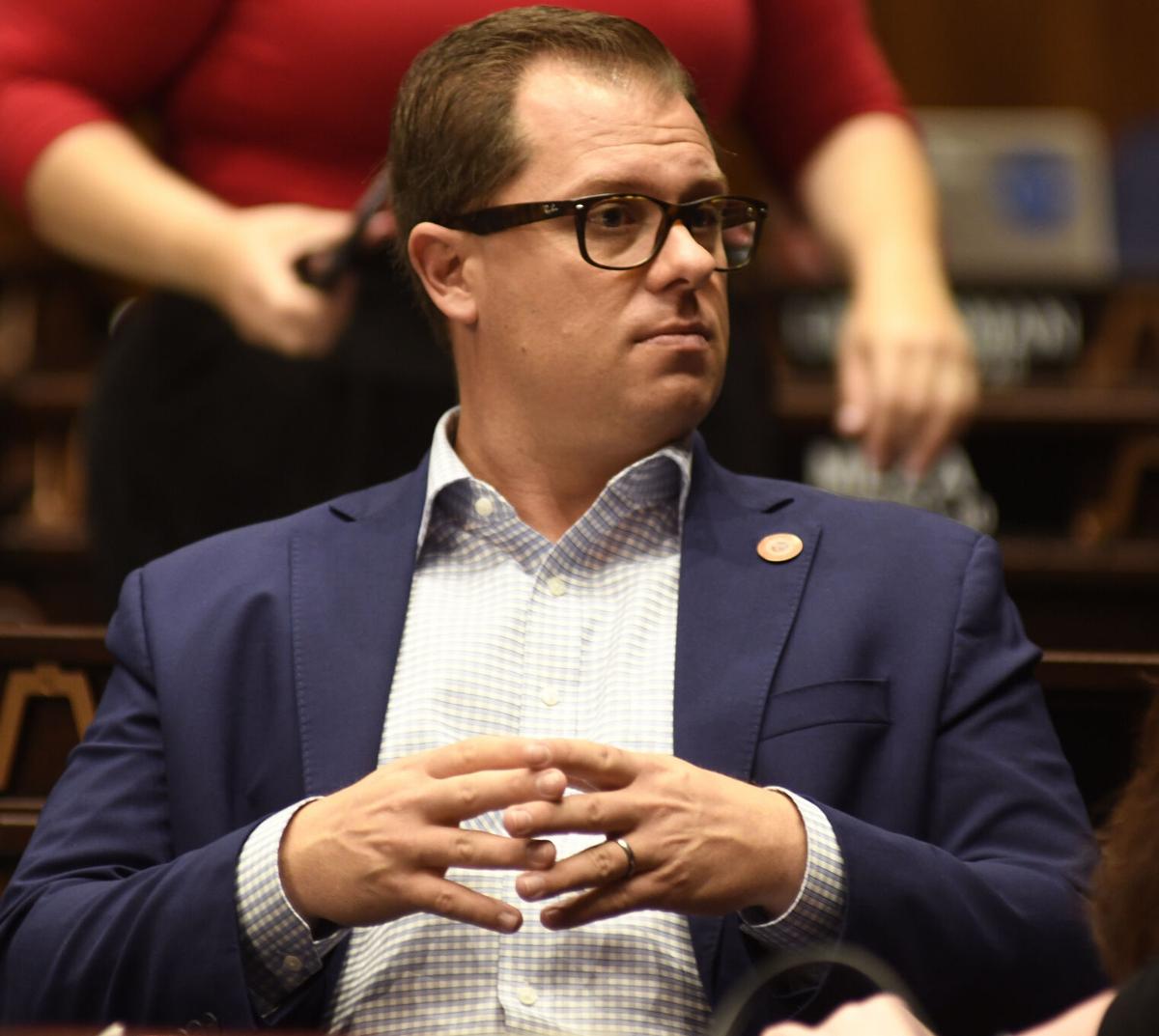 The measure banning public funding of critical racing theory teaching made its way into the law books because of a procedural maneuver by Rep. Jake Hoffman, R-Queen Creek, tacking it on to a Senate-passed measure during House floor debate. That avoided any public hearing at all. 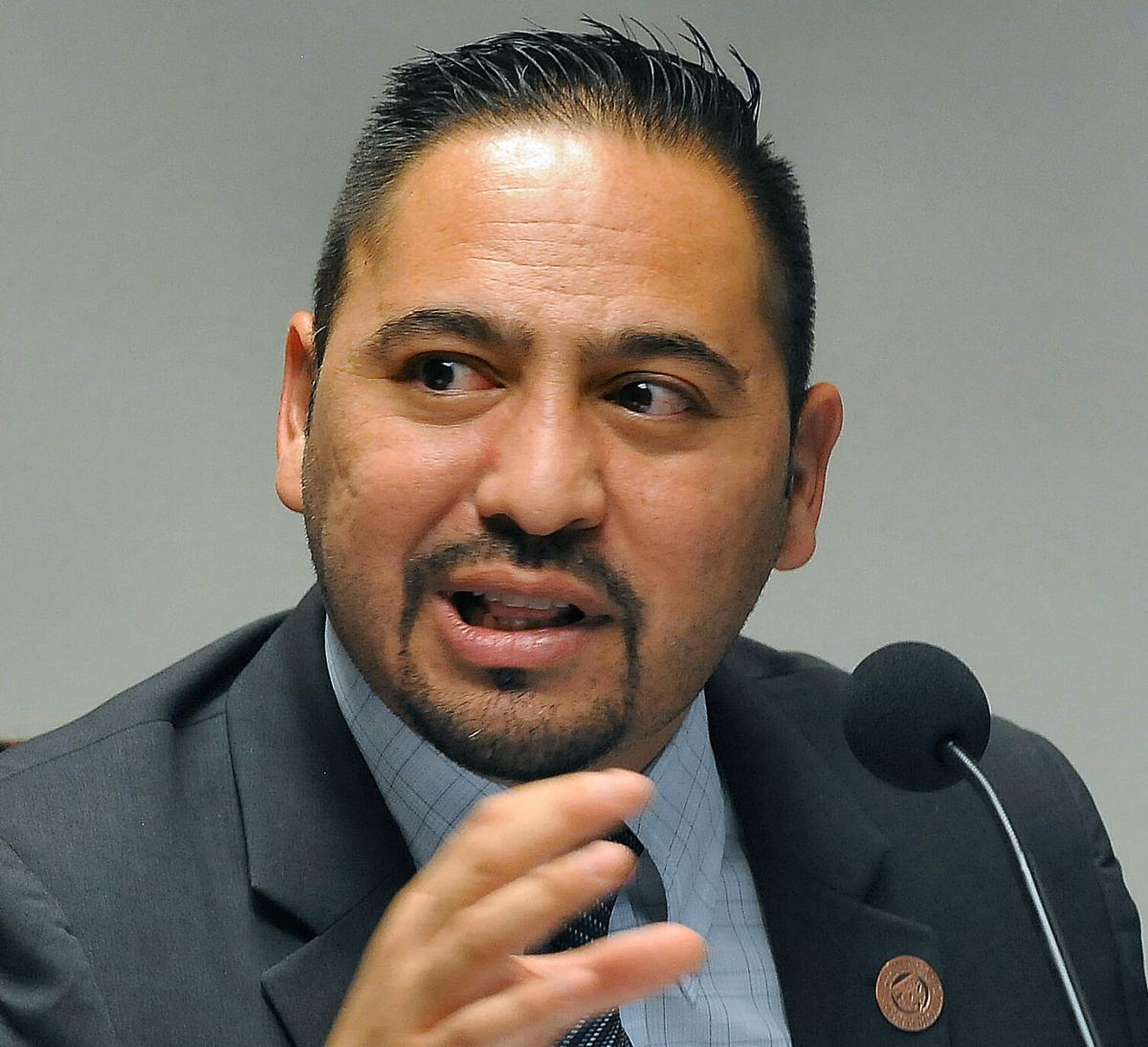 PHOENIX — Gov. Doug Ducey signed legislation Friday to block the use of public funds for what he calls “critical race theory.’’

But there appears to be a disconnect between the description of what has become a favorite talking point of Ducey and other Republicans and what that term actually means. And it leaves open the question of what state and local agencies — and, in a separate bill, schools — will and will not be able to do and teach.

It says that employees cannot be required to go through orientation, training or therapy that presents any “form of blame or judgment on the basis of race, ethnicity or sex.’’

But Sen. Martin Quezada, D-Glendale, said none of that is being done right now. Instead, he said, it appears to be more of a political move.

“They’re kind of making ‘critical race theory’ out to be this bogey man when it’s kind of a false narrative on a whole bunch of different fronts,’’ he said. But the danger of the measure, Quezada said, is it could be used to stop the use of public funds for anything that deals with teaching sensitivity about racial, ethnic or sexual issues.

“If anything, we should be mandating that type of training for state employees, and for legislators, too,’’ he said. “The message that it’s going to send is that any training whatsoever that brings up the conversation of diversity, of equity, of differential treatment of people.’’

The measure made its way into the law books because of a procedural maneuver by Rep. Jake Hoffman, R-Queen Creek, tacking it on to a Senate-passed measure during House floor debate. That avoided any public hearing at all.

Hoffman, in describing the measure, said he wants to prevent teaching that there is a premise of institutional racism that he does not believe exists.

“America is not racist,’’ he said at the time. Hoffman said that, going back as far as the Civil War, there is a history of “stomping out racism’’ wherever it exists.

“This nation is accepting and diverse and loving,’’ he continued.

“And sadly the trend of teaching this hateful, racist and bigoted revision of the story of America has reached a fever pitch amongst the activist community on the left that seek to denigrate and demean nearly every American citizen,’’ Hoffman said. “And it must be addressed.’’

He produced statements from others who disputed Quezada’s claim that none of what the new law would ban is happening.

“I have seen firsthand taxpayer funds being spent to train hundreds of (school) board members and staff from across the state on the disgusting racist ideology called critical race theory,’’ Shelli Boggs, a member of the board of East Valley Institute of Technology, said in a prepared statement.

And Sal DiCiccio, a member of the Phoenix city council said his city has multiple programs like that, though they don’t use the phrase “critical race theory.’’

“Worse, it’s not just employees being indoctrinated with this garbage,’’ DiCiccio said in his statement, saying there are elements of it in the city’s Climate Action Plan and other programs.

Ducey, in signing the measure Friday, said using public funds for what he called “political commentary’’ is not responsible.

“I am not going to waste public dollars on lessons that imply the superiority of any race and hinder free speech,’’ he said. The governor expressed the same sentiments about a similar provision, buried in a budget bill he signed earlier, that imposes fines of up to $5,000 on schools that have similar teachings.

Quezada, for his part, said the harm of the new law is “perpetuating the narrative that they’re trying to push right now.’’

“That narrative is, one, that any type of training that does address difficult issues, difficult topics is a bad thing, and, two, that, even though this isn’t exactly what it is, that critical race theory as a concept is a bad thing,’’ he said.

All that goes to the question of what is critical race theory.

Nolan Cabrera, a professor at the Center for Study of Higher Education at the University of Arizona, said what is important about critical race theory is it doesn’t take racism as an individual defect.

“Critical race theory starting grappling with the idea that ... just individual prejudice can’t account for the results that we’re getting,’’ he said.

“There needed to be something bigger, something more structurally ingrained in society about race,’’ Cabrera continued. “And that’s what they’ve been trying to figure out.’’

And he took a swat at the governor’s statement that his signature on the bill will “keep critical race theory out of Arizona classrooms and our government institutions.’’

“Gov. Ducey doesn’t have any clue what critical race theory is,’’ Cabrera said.

There are more general definitions, generally centering around the theory that racism is not about individual bias but something built into legal systems and policies. One example has been segregation.

For years, banks would not lend to minorities who wanted to buy homes in certain communities, using a practice of “redlining’’ what areas should be reserved for whites. There also have been restrictive covenants prohibiting the sale or rental of homes to minorities.

And even zoning policies that preclude affordable housing can be seen as contributing to segregation.

Mary Carol Combs, also a UA professor in the department of teaching, learning and sociocultural studies, said it is important to understand what critical race theory is not.

She said that, despite Ducey’s statements, there is nothing at teaching that a particular race, ethnicity or gender is superior to another. Nor, she said, does it teach hate against whites. And she said that, contrary to what the governor claims, it does not limit free speech.

Legislative budget staffers figure that 72% of state residents will see a benefit of less than $45.

Gov. Doug Ducey chose an attorney who represents employers in lawsuits filed by workers to be the newest Arizona Supreme Court justice.

Judge questions claim the public has no right to know who's paying for Ariz. election audit

The judge had pointed questions Wednesday for the Senate president's attorney, who argued courts shouldn't second-guess how the Legislature does its work.

Effort begins to let voters decide whether to reject changes in election laws approved this year by the Republican-controlled Legislature after Joe Biden's victory over Donald Trump.

Arizona AG's push to speed up deportations is rejected

Attorney General Mark Brnovich, a Republican candidate for U.S. Senate, has filed a series of similar lawsuits since the Biden administration has taken office.

Gov. Ducey rescinding some of his pandemic emergency orders

Close to 18,000 Arizonans have died since the pandemic began but the number of deaths and infections have dropped.

PHOENIX — Gov. Doug Ducey penned his name Friday to a scaled-back bill on sex education after vetoing an earlier version.

Sen. Paul Boyer, R-Glendale complained the bill does not include what he said is a necessary definition of antisemitism.

Congress has the authority to put conditions on how Arizona spends $4.9 billion from the American Rescue Plan Act, an assistant federal attorney general says.

Maricopa County officials deny several claims of "irregularities" made by contractors conducting the Arizona Senate's audit of the 2020 election.

The measure banning public funding of critical racing theory teaching made its way into the law books because of a procedural maneuver by Rep. Jake Hoffman, R-Queen Creek, tacking it on to a Senate-passed measure during House floor debate. That avoided any public hearing at all.